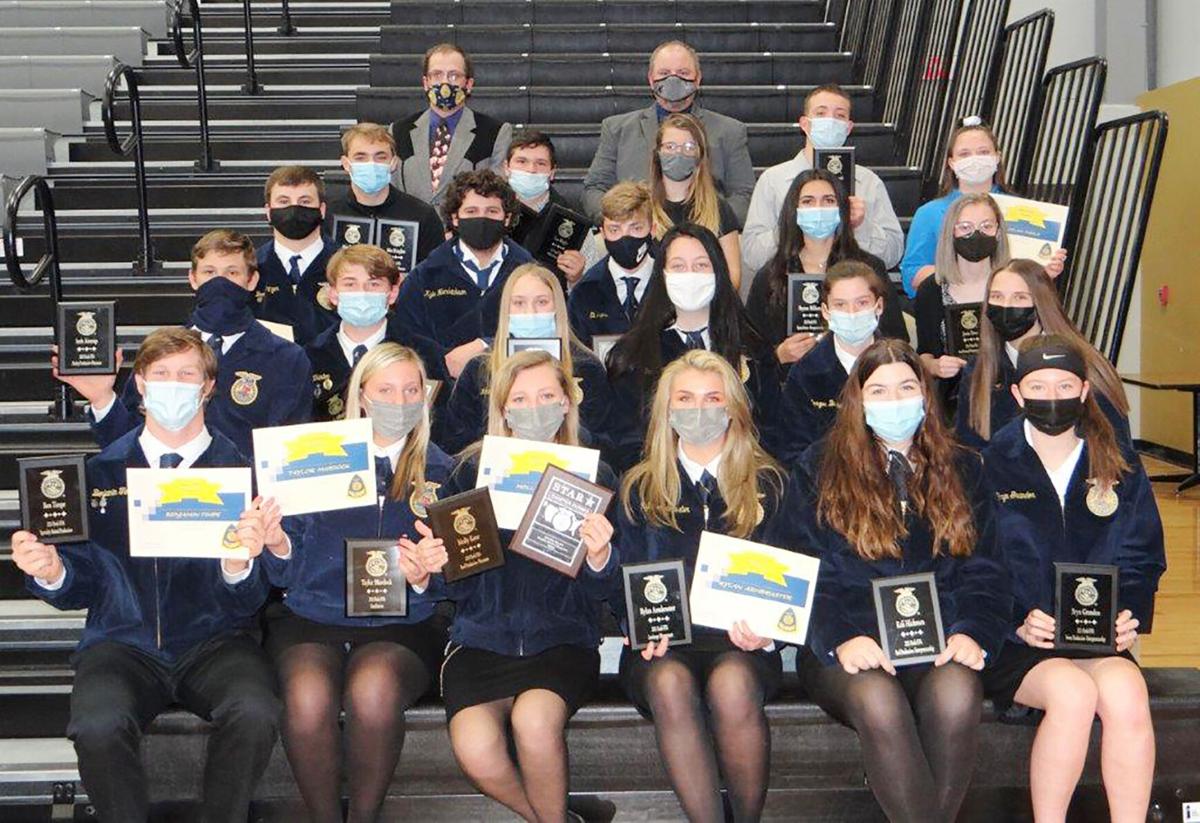 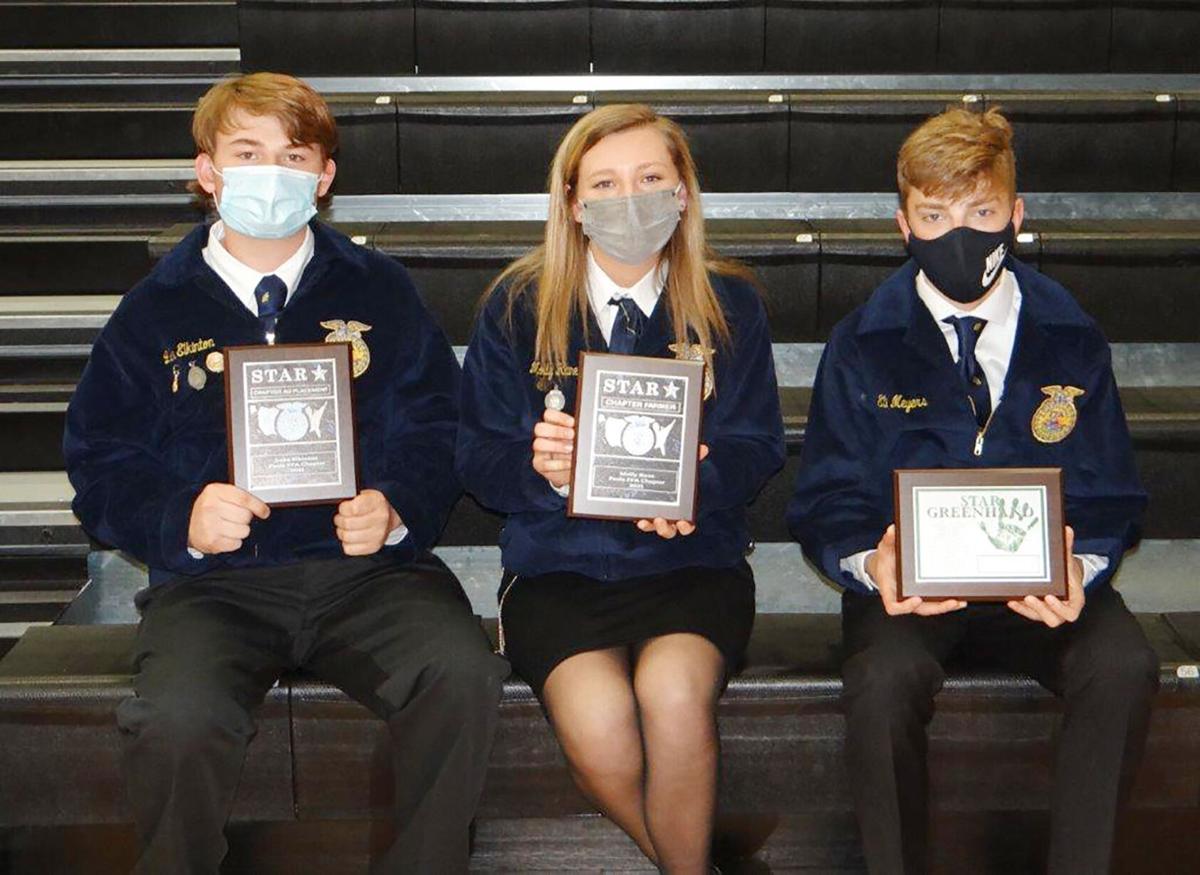 PAOLA — The 83rd annual Paola FFA Chapter awards ceremony was held March 9 at Paola High School, and like many other events this year, there was limited attendance and guests were socially distanced and masked.

Advisor John Menefee talked about how the last year had been so different, but how many of the members were still striving to compete at virtual contests and complete awards applications. He encouraged members to stay active and find something that interests them and pursue it. He thanked parents for trusting their children with the advisors and encouraged them to allow their child to be involved.

Menefee wrapped up his remarks with some accomplishments: Molly Kane has been serving as the East Central District Treasurer for the 2020-2021 school year; the Greenhand Parlaw team qualified and will represent the East Central District at State Convention — a first in chapter history; members earned over $4,000 in scholarships at the local, state and national level this past year and Leah Mailand was a National Finalist in Veterinary Science at National Convention, the 10th in chapter history, according to the release.

Greenhand members Hayley Hines, Wade Enman, Haley Fawbush, Jillian Gayley and Ashley Ward presented the FFA Creed before turning the microphone over to FFA Alumni President Max Menefee. He explained the purpose of the Alumni Chapter, some of their activities and services to the chapter, who could be a member and thanked the many businesses and supporters over the years who have donated to the scholarship fund.

Josie Dees was also presented with the Kenneth Nelson Memorial Scholarship, named after longtime Miami County resident and beef producer Kenny Nelson, who passed away in 2012.

Benjamin Timpe was named the winner of the DeKalb Senior Award and will have his named added to the plaque recognizing past winners.

The Star Greenland is given to a first-year student. Criteria include classroom success, FFA involvement/accomplishment and community service. Eli Meyers was this year’s winner.

Luke Elkinton was named the Star in Ag Placement for his work with several area farmers in production agriculture. This award recognizes a member with the outstanding agricultural placement supervised experience program.

Molly Kane was recognized as the Star Farmer. The Star Farmer award is the oldest and most prestigious award given by the FFA. It is steeped in history and recognizes the student with an outstanding supervised agricultural experience program. Kane was also the winner of the Dorrene Menefee Memorial Scholarship.

The Honorary Chapter Farmer recognizes those who have given substantial time and support to the chapter. This year’s honorees were Jeff and Stephanie Wright.

The evening concluded with the Chapter officers conducting closing ceremonies and the recitation of the Pledge of Allegiance, according to the release.