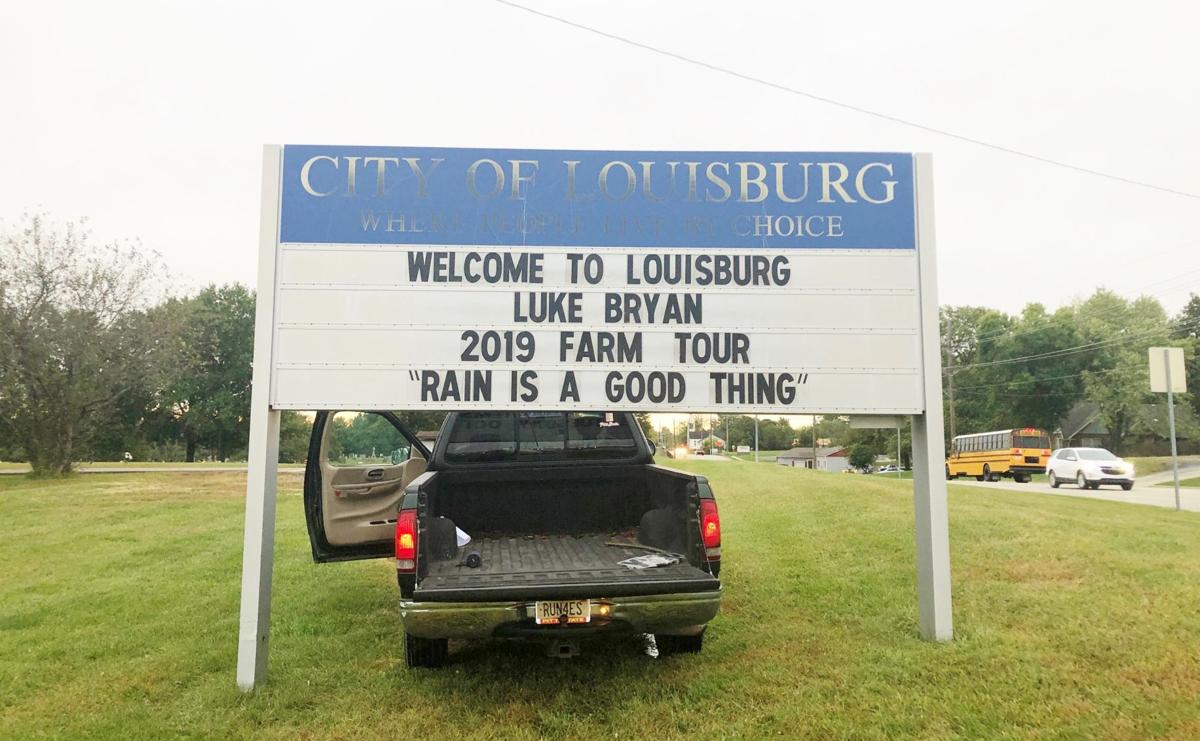 The city of Louisburg's message board welcomed Luke Bryan to the community. Unfortunately for concert-goers, rain was not a good thing this time around, as the concert has been postponed. 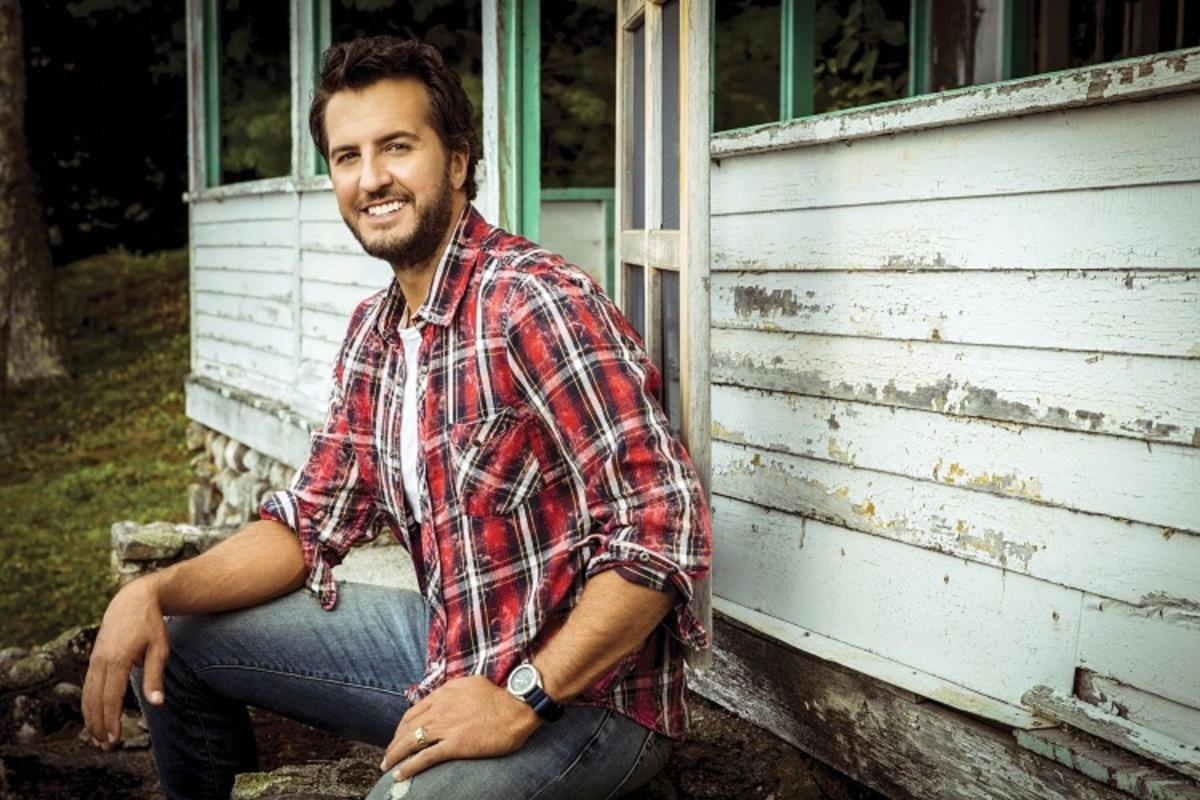 The city of Louisburg's message board welcomed Luke Bryan to the community. Unfortunately for concert-goers, rain was not a good thing this time around, as the concert has been postponed.

LOUISBURG - The Luke Bryan Farm Tour concert that was scheduled to take place Thursday, Oct. 3, on a farm northwest of Louisburg has been postponed due to the recent heavy rains.

Bryan posted on his Twitter page Thursday morning that “Due to heavy rain leading up to today causing wet conditions on the farm, we are unable to load in the equipment needed to put on tonight’s Farm Tour show in Louisburg, KS. For more information, stay tuned.”

People should hold on to their tickets, though. Luke Bryan told city of Louisburg officials the concert will be rescheduled.

"Alternate locations were looked at and it was determined that they were also too wet to have the concert," according to the city of Louisburg. "Hold on to those tickets, Luke plans on rescheduling. We do not have any dates as of now but follow his website at lukebryan.com/farmtour for up to date information."

Thursday night’s concert was going to take place at MC Farms, located northwest of Louisburg at 13703 W. 255th St. The venue is near the corner of West 255th Street and Pflumm Road — just south of Chiles Airpark.

The event was expected to draw thousands of people to the area.

Bryan’s tour has raised money for college scholarships for students of farm families. To date, more than 60 scholarships have been granted, according to the website.

Personally I am thankful that the event had been canceled. It's pretty sad that we live pretty close to this event and yet no one ever told us about it. I found out about it listening to the radio. Personally I was not looking forward to the 20k cars and people trekking around, doing what they typically do for a concert venue. I really would like to know who in the county approved this and thought it was a good idea. They obviously didn't ask me. There are far better venue's to choose. Lewis and Young Park for instance or at the County Fairgrounds etc. We already have to deal with two weekends of Ciderfest traffic and garage sales and even that now extends further then the two weekends. Some of us who have been long time residents don't approve and get tired of people from the city trekking out to our quiet rural farmland. I am sorry though for area businesses who stocked up thinking they would have tons of people dining with them for this event. I think most were coming from the city and would have eaten up there.