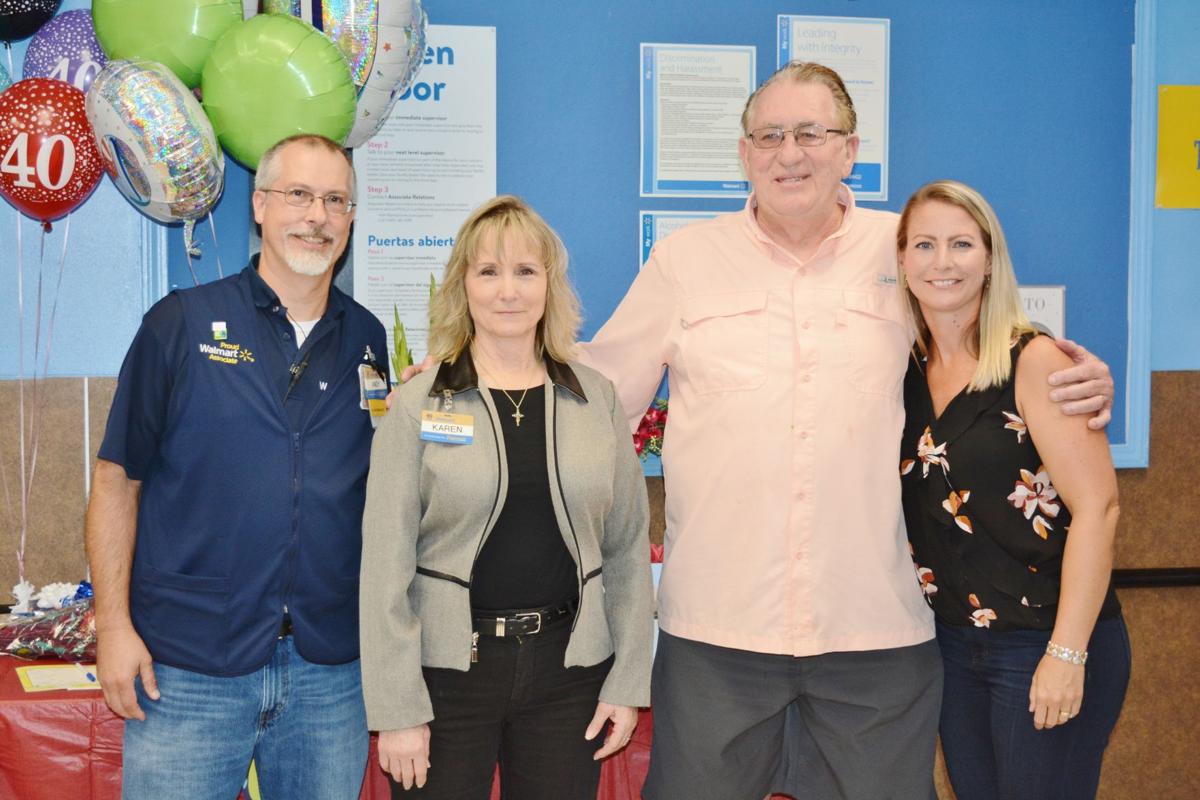 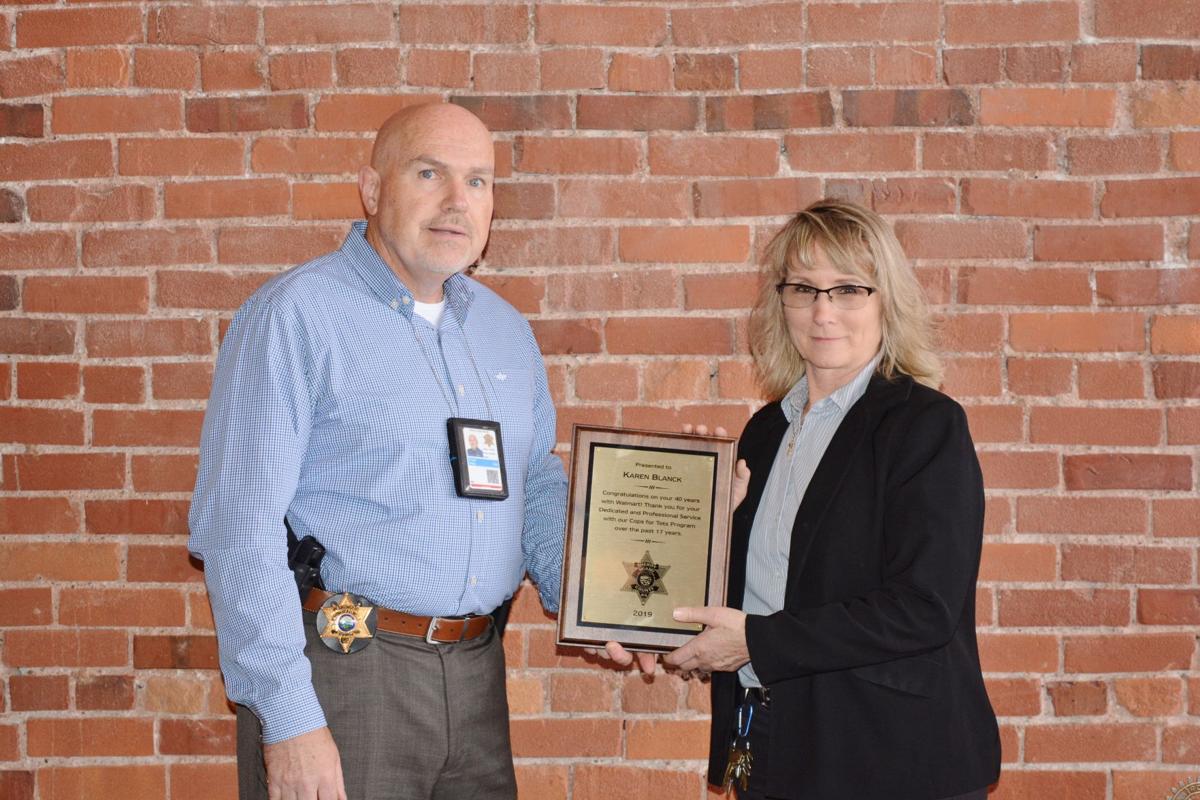 Miami County Sheriff Frank Kelly (left) presents a plaque to Karen Blanck during a recent Paola Rotary Club meeting. The award was in recognition of Blanck’s 40 years of work with Paola’s Walmart and 17 years supporting Miami County Cops for Tots.

Miami County Sheriff Frank Kelly (left) presents a plaque to Karen Blanck during a recent Paola Rotary Club meeting. The award was in recognition of Blanck’s 40 years of work with Paola’s Walmart and 17 years supporting Miami County Cops for Tots.

PAOLA — It’s been 40 years since Walmart first opened in Paola, and Assistant Manager Karen Blanck has been there every step of the way.

Blanck celebrated her 40th work anniversary surrounded by family members, friends and co-workers past and present during a special event Friday, Aug. 23, at the Paola Walmart.

“Leadership wise, I could not have asked for more from Karen,” Flynn said. “Karen is the best manager I’ve ever had working for me.”

“If I hadn’t of had Karen, it wouldn’t have happened,” Hursey said.

During the celebration, Blanck also received a surprise phone call from Scott Marion, a Walmart manager who worked with her as a rookie many years ago and went on to be very successful with the company.

Many of Blanck’s current co-workers joined her for the celebration, including Becky Kresin, who is celebrating her 35-year anniversary with the company. Blanck and Kresin both plan to travel to Bentonville, Ark., soon to receive recognition at the corporate level.

Blanck said she is honored by the praise, and she added she has no plans to retire.

In addition to the celebration at Walmart, Blanck also was recognized during a recent Paola Rotary Club meeting. Miami County Sheriff Frank Kelly presented her with a plaque honoring her for her 40 years of service at Walmart and 17 years supporting the Cops for Tots program.