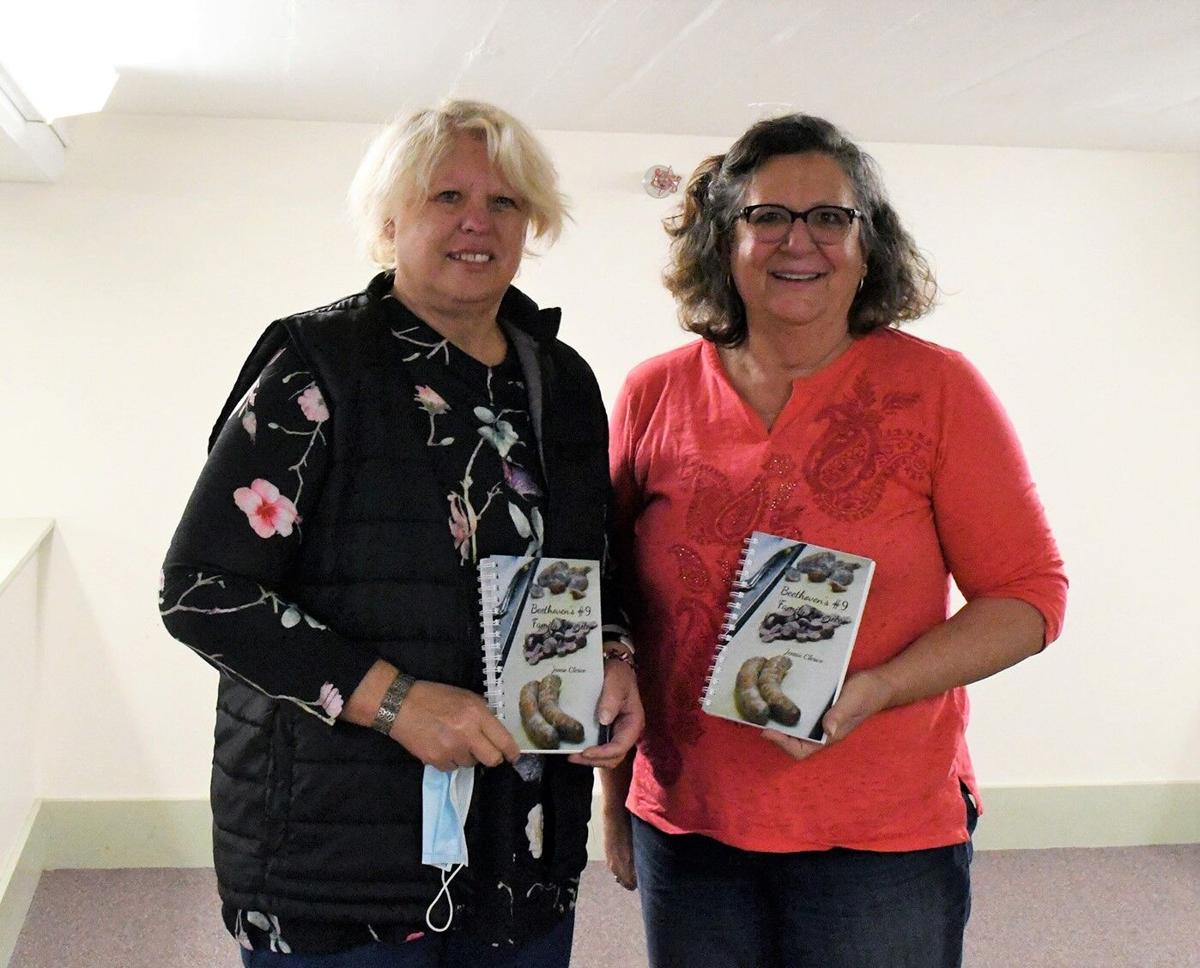 Jeanie Clerico (right) and her friend Cindy Tenbrink hold up copies of Jeanie’s new cookbook, which features family recipes, as well as almost all of the dishes that were served at Beethoven’s No. 9. 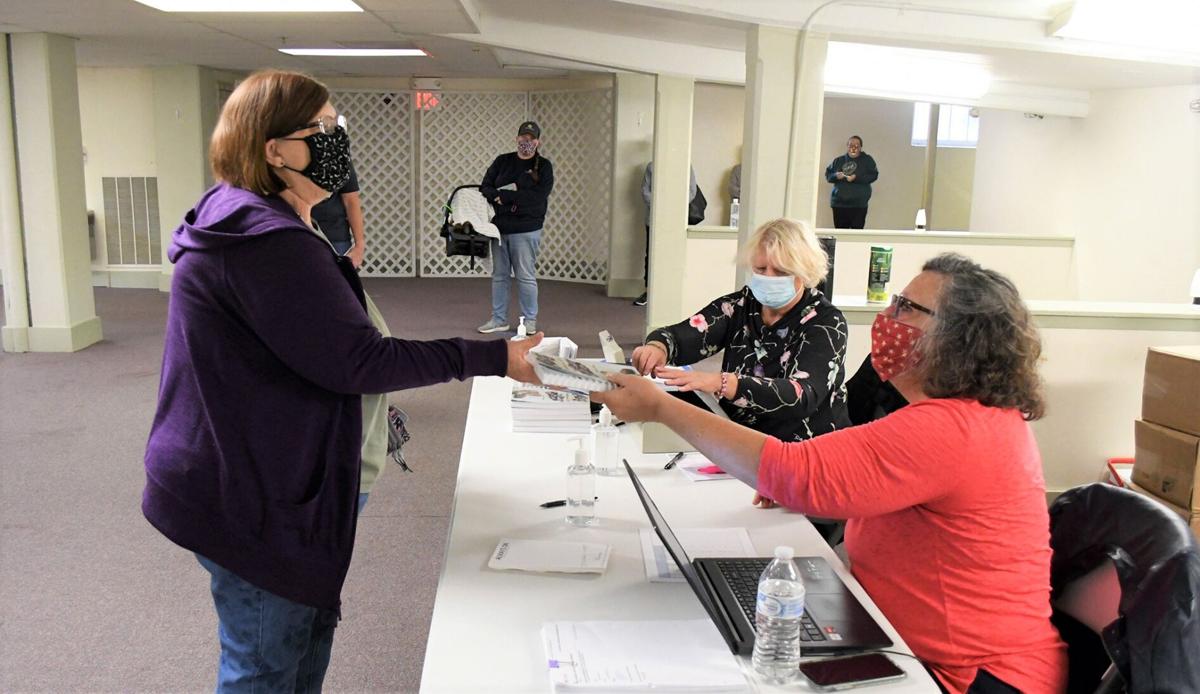 Jeanie Clerico (right) signed and sold copies of her new Beethoven’s No. 9 cookbook Saturday, Nov. 21, at the Paola Community Center. 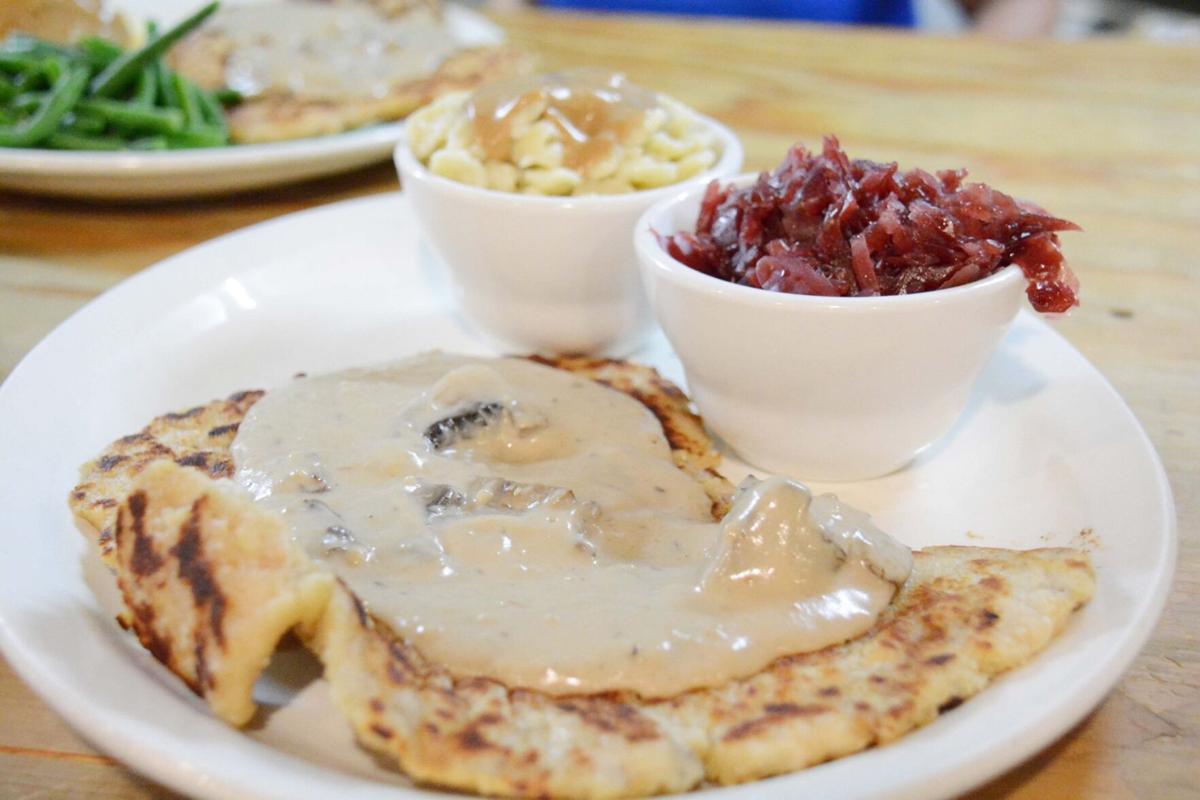 Jagerschnitzel, a Beethoven’s No. 9 favorite, is one of the many recipes in Jeanie Clerico’s new cookbook. 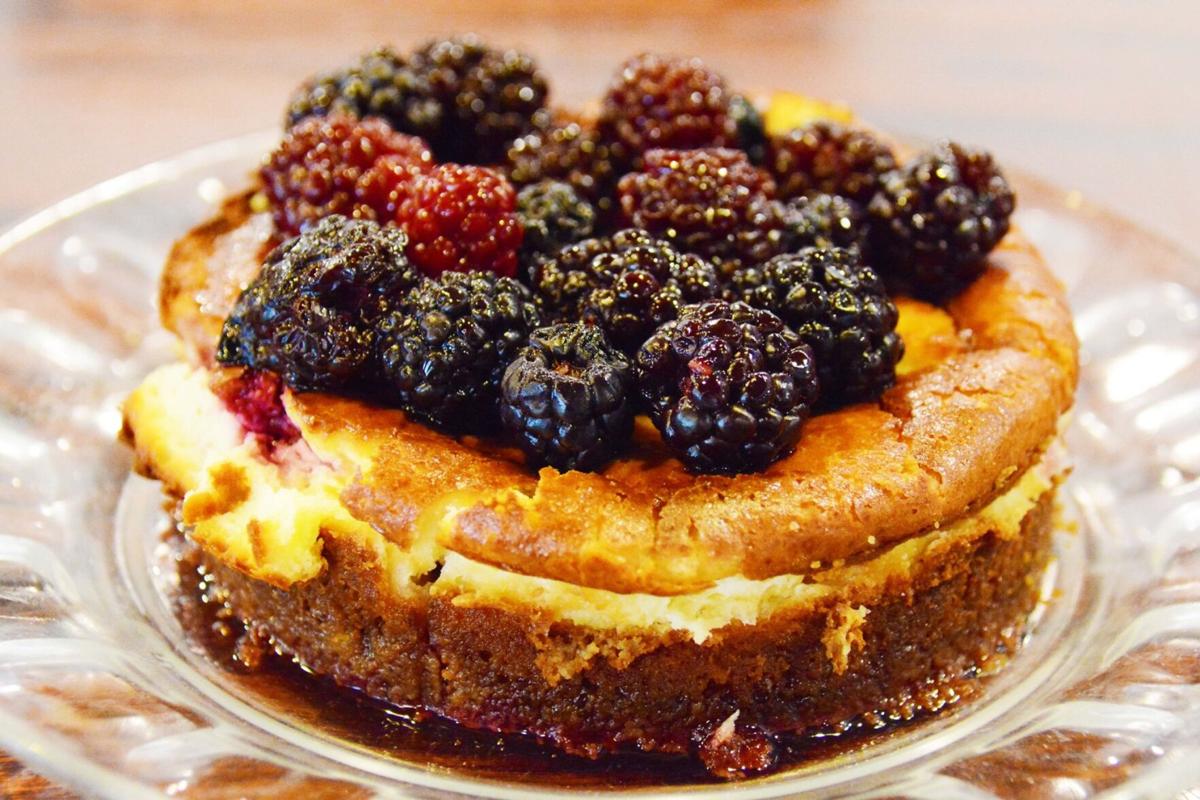 Lemon goat cheesecake with a mixed berry topping is one of many dessert recipes in Jeanie Clerico’s Beethoven’s No. 9 cookbook.

Jeanie Clerico (right) and her friend Cindy Tenbrink hold up copies of Jeanie’s new cookbook, which features family recipes, as well as almost all of the dishes that were served at Beethoven’s No. 9.

Jeanie Clerico (right) signed and sold copies of her new Beethoven’s No. 9 cookbook Saturday, Nov. 21, at the Paola Community Center.

Jagerschnitzel, a Beethoven’s No. 9 favorite, is one of the many recipes in Jeanie Clerico’s new cookbook.

Lemon goat cheesecake with a mixed berry topping is one of many dessert recipes in Jeanie Clerico’s Beethoven’s No. 9 cookbook.

PAOLA — Many of Jeanie Clerico’s most cherished childhood memories are centered around food.

Her grandmother worked in the restaurant industry in the 1960s, and Clerico said there was nothing like the joy of watching her make her homemade bread pudding.

“I can see my grandmother in her button-up dress and apron, whisking eggs and cream in her silver bowl,” Clerico said. “I can taste and see it today.”

On Thanksgiving, she would always look forward to her Aunt Betty Coyne’s rolls and stuffing, and on Halloween her Aunt Betty would treat them to homemade popcorn balls.

It was that passion for food and family that prompted Clerico and her daughter, Linzi Weilert, to make the leap six years ago and go into the restaurant business themselves.

They ended up purchasing Beethoven’s No. 9 in Paola from the Poetter family. The restaurant was already a household name in Miami County thanks to signature German dishes. The mother-daughter duo kept many of the menu items, while also adding some of their own family specialties, including Clerico’s homemade pasta.

The business was thriving, and in 2016 they moved and reopened in a new larger location on Piankishaw Street.

But when the COVID-19 crisis hit the country hard earlier this year, Clerico said she knew it was going to be difficult to keep the restaurant afloat. She and her daughter had focused on creating a family dine-in atmosphere at Beethoven’s, but they suddenly found themselves taking to-go orders for labor-intensive meals.

“I remember thinking, ‘how in the heck are we supposed to make this work?’” Clerico said. “Financially, it just wouldn’t work.”

In July, Clerico and her daughter made the official announcement on Beethoven’s Facebook page that the restaurant was permanently closing.

“Linzi and I have had the great pleasure of operating Beethoven’s #9 for the last six years and we’ve been lucky enough to make wonderful lifelong friendships with many of our guests and staff,” Clerico wrote. “We will miss seeing you and preparing meals for you and your families. Thank you for letting us be part of your lives!”

Clerico said she received many heartwarming comments from her customers, and some of them suggested that she write a cookbook to ensure the restaurant’s recipes will live on.

Clerico loved the idea, and she said she has no problem giving away recipes that have been passed down through her family and served at the restaurant.

“If you love something, share it with people so they can love it too,” she said.

Everything turned out to be perfect timing for Clerico. When the restaurant closed, she went to be by the bedside of her Aunt Betty, who was 94 years old and fighting stage four cancer in Topeka.

Together, they shared many fond memories of family meals spent together, and Clerico began writing down all of the recipes from the restaurant and her family. She got a lot of help from Aunt Betty, too.

“She was so excited,” Clerico said. “We laughed and we cried.”

Aunt Betty has since passed away, but Clerico said she will always cherish that time they spent together at the end. And it’s time she wouldn’t have had if the restaurant was still open.

Clerico initially ordered 1,100 cookbooks and got them from the publisher in November. She said the book is full of recipes local residents will recognize from Beethoven’s, including all of the restaurant’s famous desserts.

It also includes many family recipes, including Aunt Betty’s stuffing and popcorn balls, as well as her delicious fruit pie that Clerico said tastes like strawberry rhubarb.

“It’s pretty much every dish we’ve ever served, and recipes that meant a lot to me growing up,” she said.

Clerico and her good friend Cindy Tenbrink sold some of the books during a special signing Saturday, Nov. 21, at the Paola Community Center, and Clerico has dropped off some to be sold at Fire Lake Soapery in Paola.

Demand has been high, and Clerico said she only has about 90 left. The cookbooks cost $28.37 each and can also be ordered by sending Clerico a message at beethovenscookbook@gmail.com.

Clerico is preparing for another life change as she is set to move to Florida to be closer to family, but she said she will always have a special place in her heart for Beethoven’s No. 9 and the customers who became family when they ate there.

“I will miss the people and making people happy through food,” Clerico said.