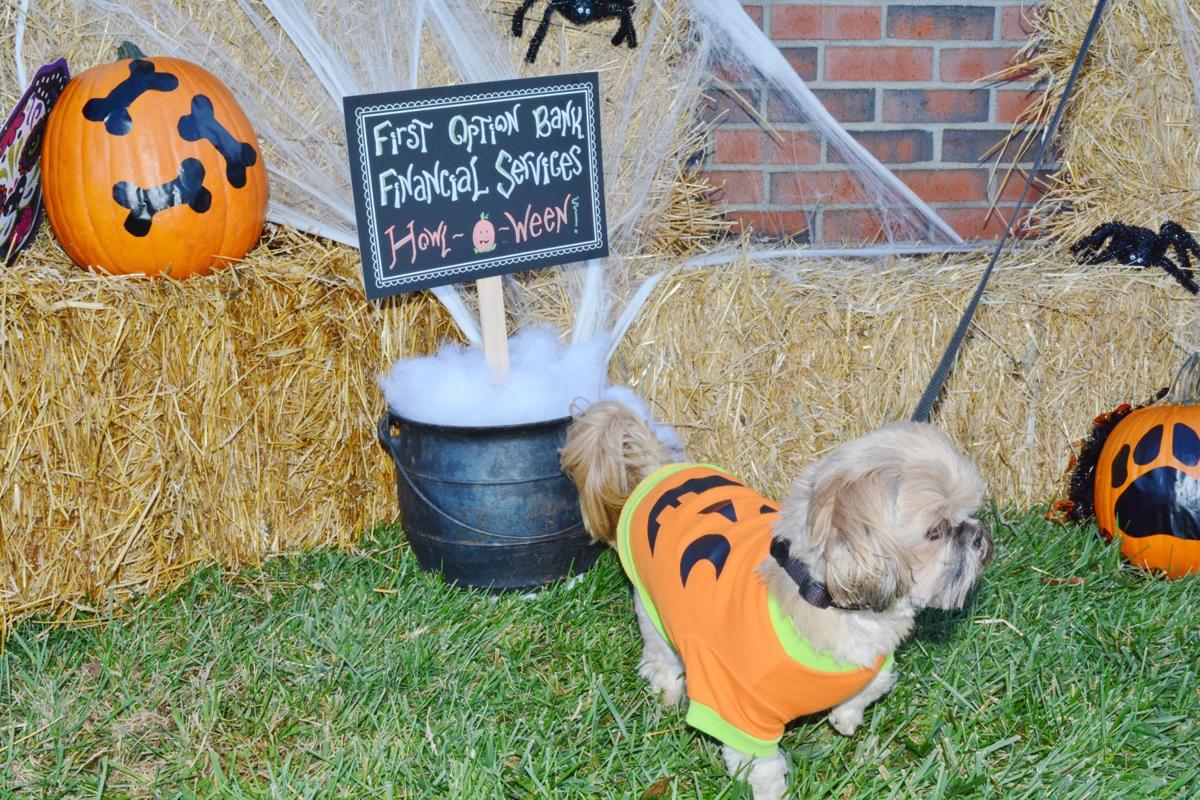 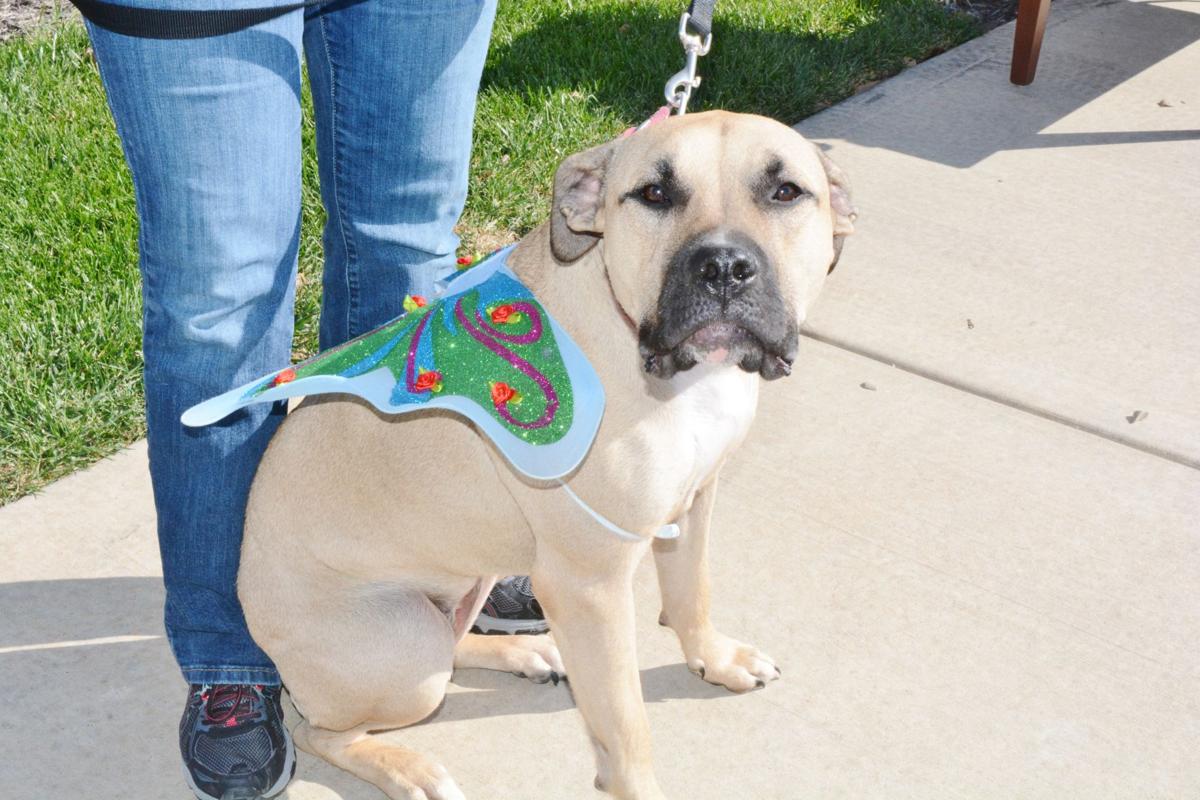 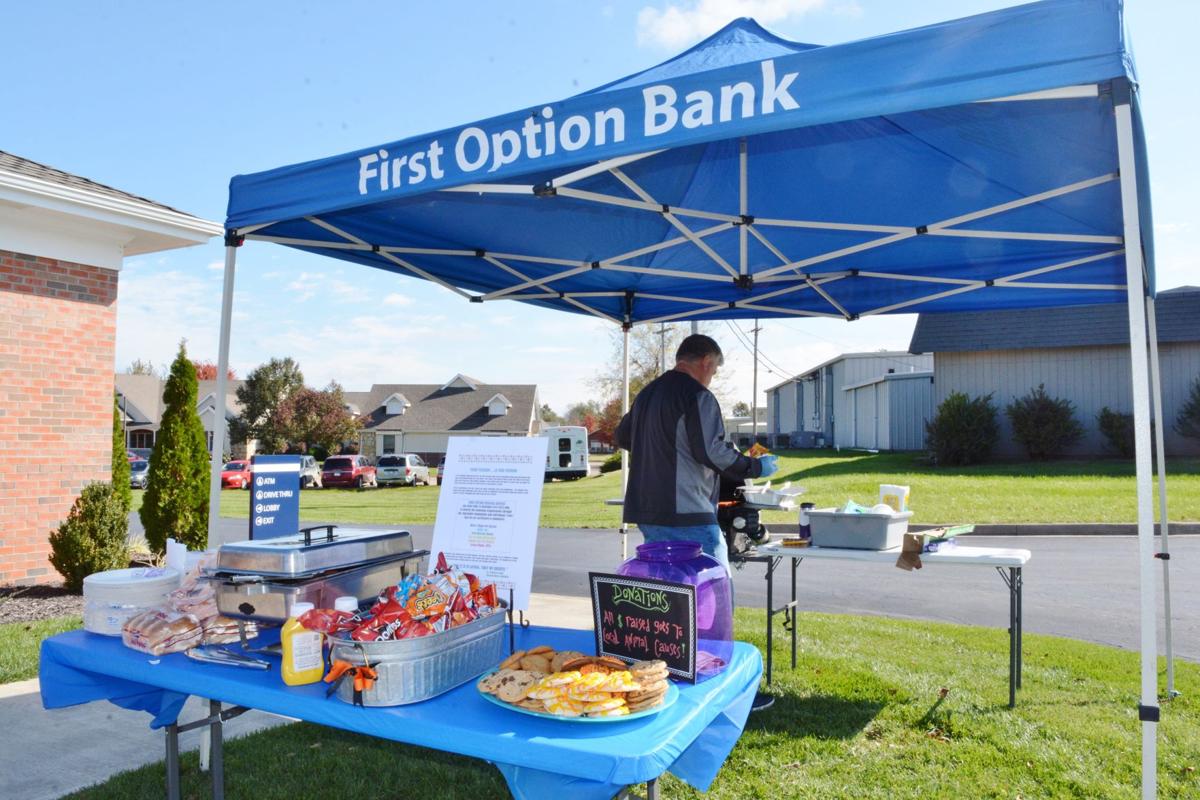 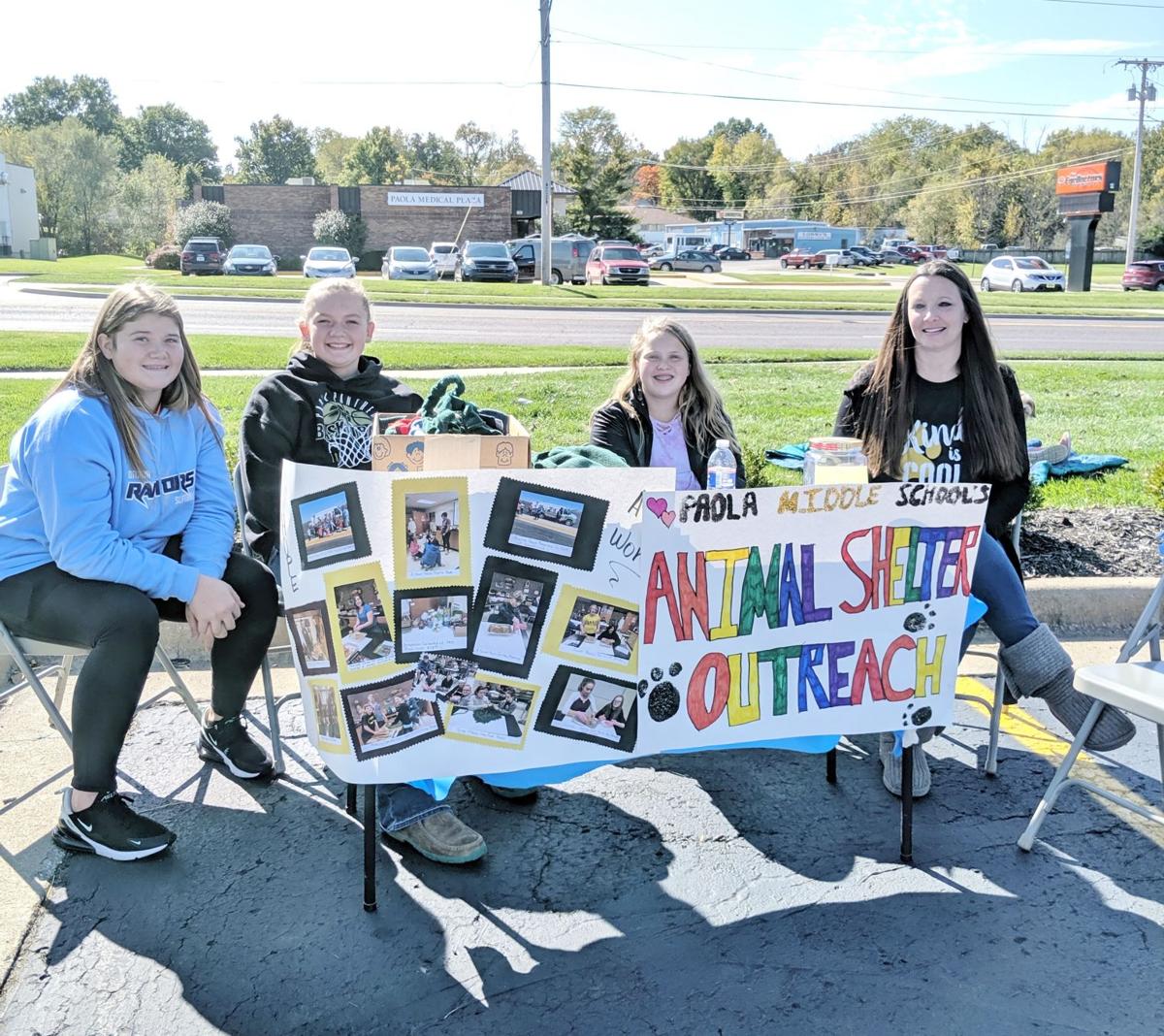 Members of the Paola Middle School H.O.P.E. group had a table at the “Dogs” for Dogs event. Pictured are:

Members of the Paola Middle School H.O.P.E. group had a table at the “Dogs” for Dogs event. Pictured are:

PAOLA — Dogs were sizzling on the grill and dressed up for Halloween during First Option Bank’s first-ever “Dogs” for Dogs event Friday, Oct. 25.

The parking lot at the bank’s Baptise Drive location was a happening place during the event, which raised funds for Olive’s Hope and other animal-related projects.

Donations were collected from visitors who enjoyed a hotdog lunch and showed off their pets, many of which were dressed in costume to participate in the bank’s Pet “Howl-o-ween” Costume Contest.

There also was a photo area where pet owners could snap pictures of their furry friends.

Along with a raffle and prize drawings, the event also included booths featuring the H.O.P.E. group at Paola Middle School, Olive’s Hope and the Paola dog park planned to be built at Lake Miola.

Trust officer Amy Winterscheid helped organize the event, and she said the participating groups all raised money by collecting donations at their tables.

Olive’s Hope even received a $500 check from someone who attended the lunch and was excited to hear about what they do.

Winterscheid estimates the event raised a total of about $850 split between all three causes, which she considers a great success for the first year.

“We had a great response to the event, and a lot of people were very appreciative and excited,” Winterscheid said. “I am very excited that we were not only able to raise money but awareness for these three organizations who all try to do things for the benefit of our local animals.”

Sorry, there are no recent results for popular articles.

Sorry, there are no recent results for popular images.

Sorry, there are no recent results for popular videos.