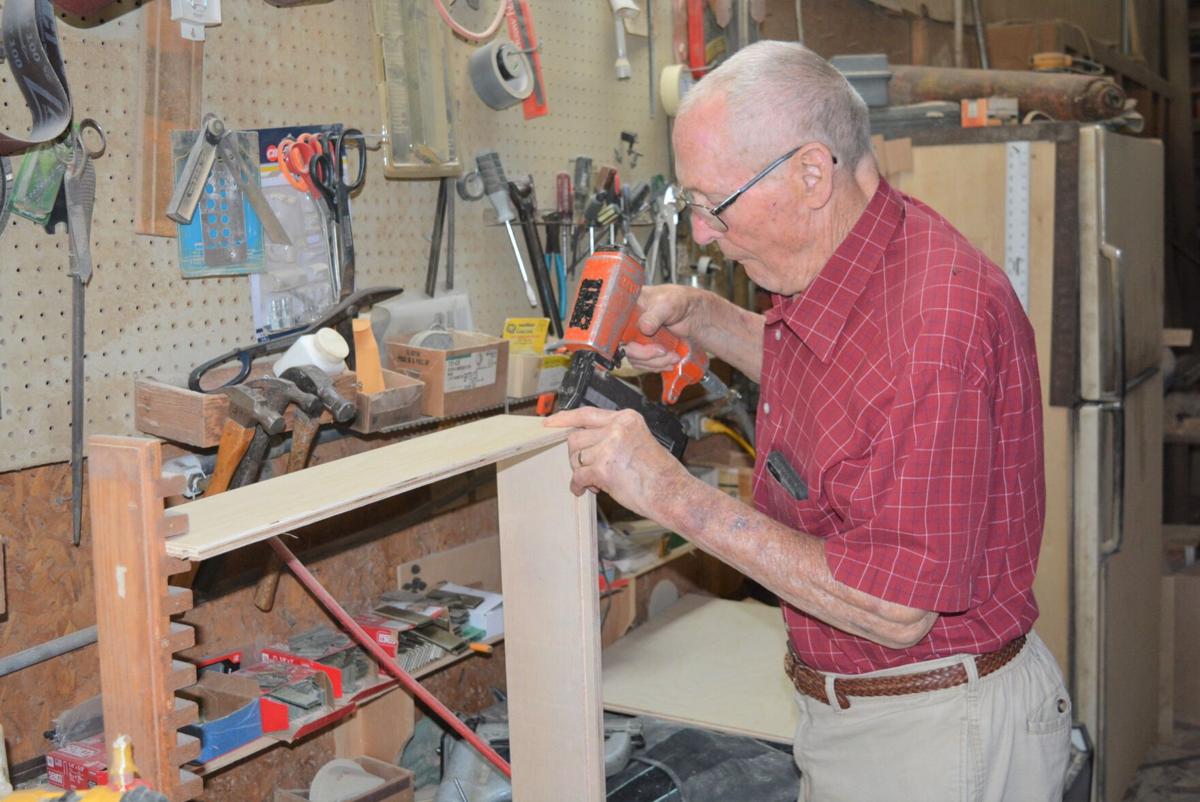 Don Hadlock works on a drawer at his cabinet shop in Paola. After 65 years in business, Don is looking to sell his operation. 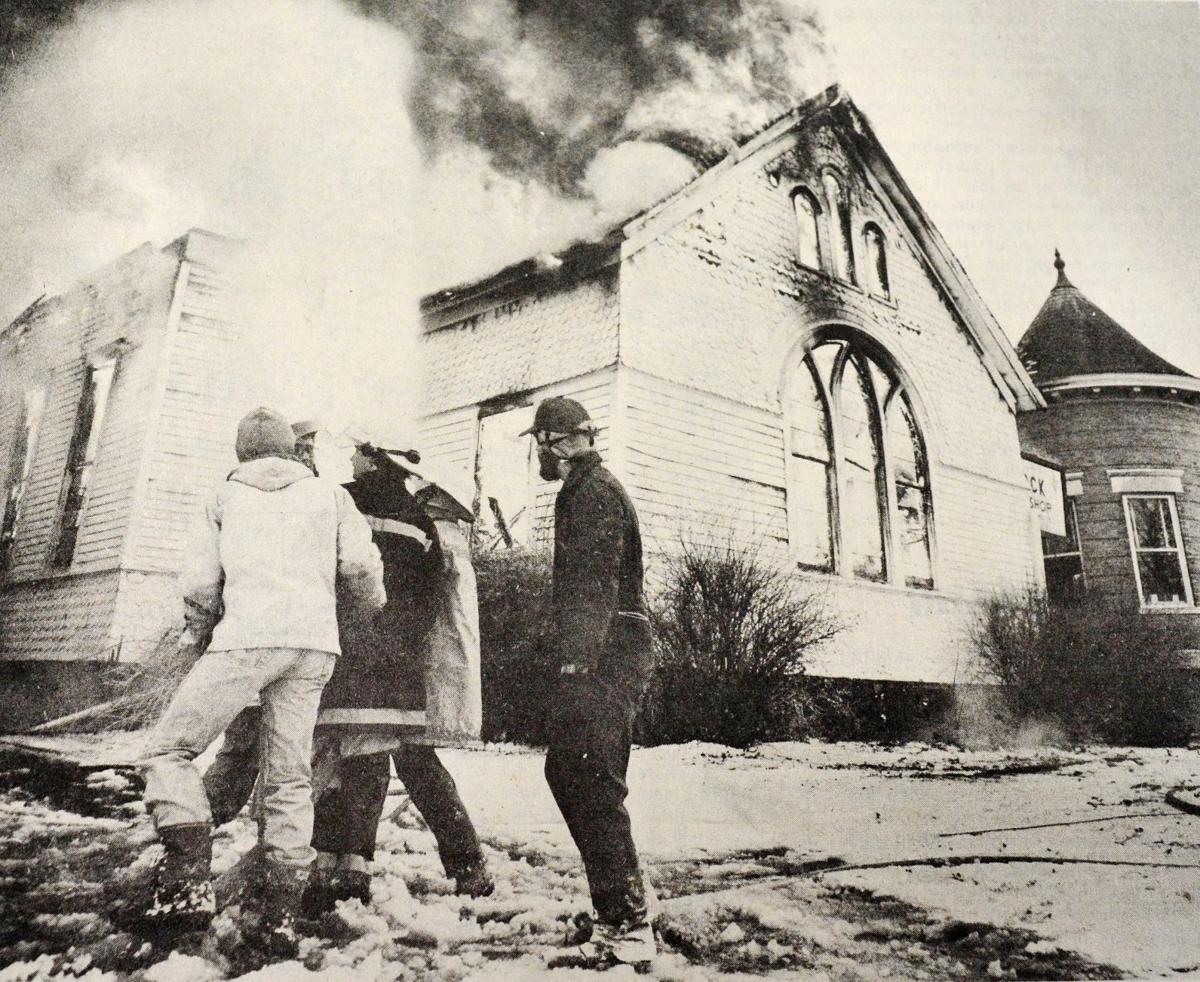 A fire in December 1983 destroyed Don Hadlock’s cabinet shop next to the Paola Free Library. He kept the business going by relocating to his current Silver Street location. 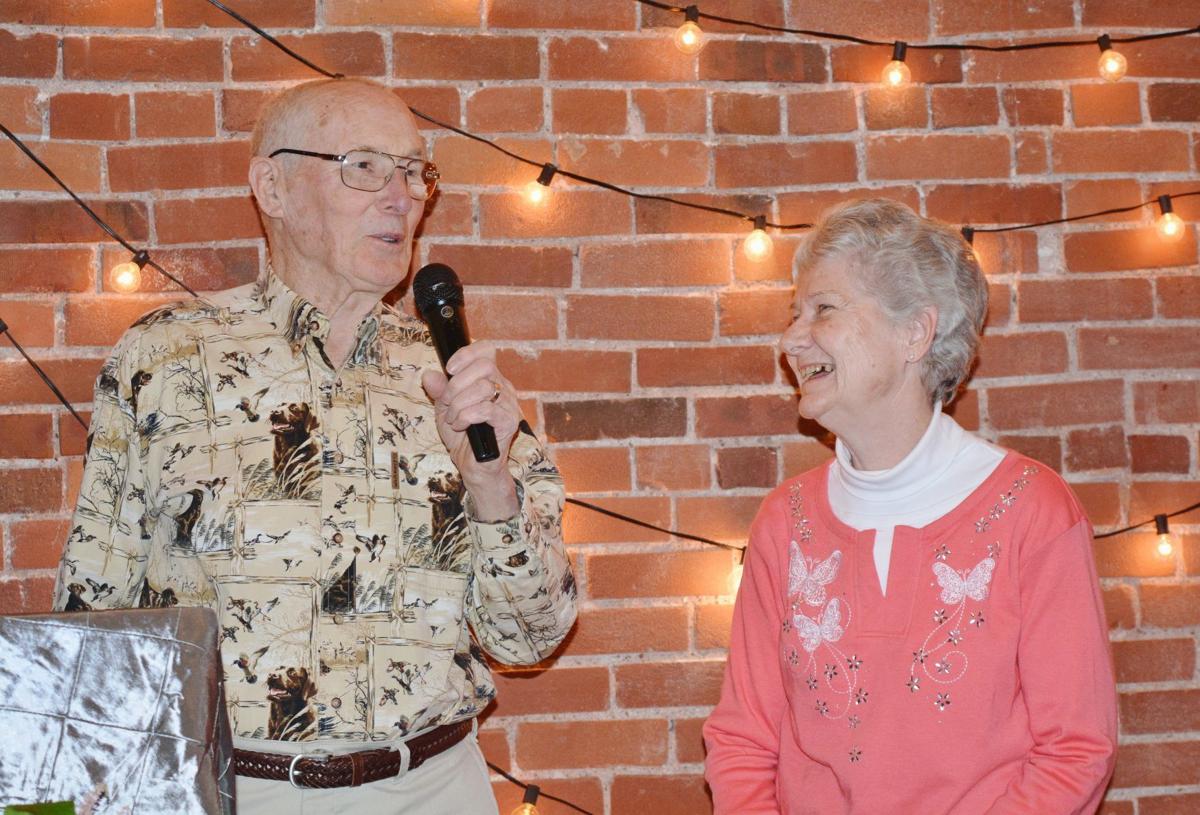 Don and Marsena Hadlock were honored by the Paola Chamber of Commerce in 2019 for operating the longest single-owned continuously operating business in Paola.

Don Hadlock works on a drawer at his cabinet shop in Paola. After 65 years in business, Don is looking to sell his operation.

A fire in December 1983 destroyed Don Hadlock’s cabinet shop next to the Paola Free Library. He kept the business going by relocating to his current Silver Street location.

Don and Marsena Hadlock were honored by the Paola Chamber of Commerce in 2019 for operating the longest single-owned continuously operating business in Paola.

PAOLA — Don Hadlock is looking for the right person to keep his Paola cabinet shop in operation, just like it has been for the past 65 years.

Multiple generations of customers have reaped the benefits of Don’s craftsmanship over the years, but he turns 89 in October, and he said he is finally ready to turn over the reins of the operation to a younger owner.

He’s not quite finished yet, though.

As he seeks out a potential buyer, Don is continuing to work in his shop at 308 S. Silver St., with help from his son, Matt.

“To Don, this is not work, it is fun,” said his sister Lois Anderton of Spring Hill, who recently wrote an article describing her brother and why she and her fellow family members are so proud of him.

Lois said her brother’s love for his craft began with three years of woodworking in high school, followed by an apprenticeship at Century Wood Products in Olathe that lasted more than four years.

“Loving friends started asking him to build their cabinets in Paola, and the rest is history,” Lois said.

Don began his cabinet business in June of 1956, and he nearly lost it on a cold December day in 1983. Don was sitting in church on that day when his pager beeped at him. As a volunteer firefighter, he was used to getting a page whenever a fire call came in.

But he wasn’t used to looking at his pager and seeing that the fire was located at his shop.

Don rushed to his business on Peoria Street next to the Paola Free Library along with his fellow firefighters and worked to extinguish the flames. He received serious burns to his hands while fleeing the basement, and despite his efforts, the building and all of its contents were a complete loss.

Thanks to the support of the community, though, it didn’t take him long to get back on his feet. He relocated to his current location on Silver Street in January 1984, and his first six months of operation were rent free thanks to the generosity of Jim and Barbara Queen.

“Thank you Paola for your wonderful support of our brother,” Lois said. “He has always loved living there because of you.”

Lois added that many local residents might remember Don for all of the $2 bills he handed out at restaurants over the years, especially to the hometown girls softball players.

Don married his wife, Marsena, in 1969, and they have four children. Marsena said she and Don have had a lot of fun traveling over the years, including cruises and trips to Alaska, Israel and Jamaica.

In 2019, Marsena stood by Don’s side at the Paola Chamber of Commerce’s annual dinner while he was honored for operating the longest single-owned continuously operating business in Paola.

Don said he has only had one inquiry so far into the purchase of his business, but it did not result in a sale. Anyone interested in learning more about the opportunity is encouraged to call Lois at (816) 517-3862 or send her an email at music4you@embarqmail.com.