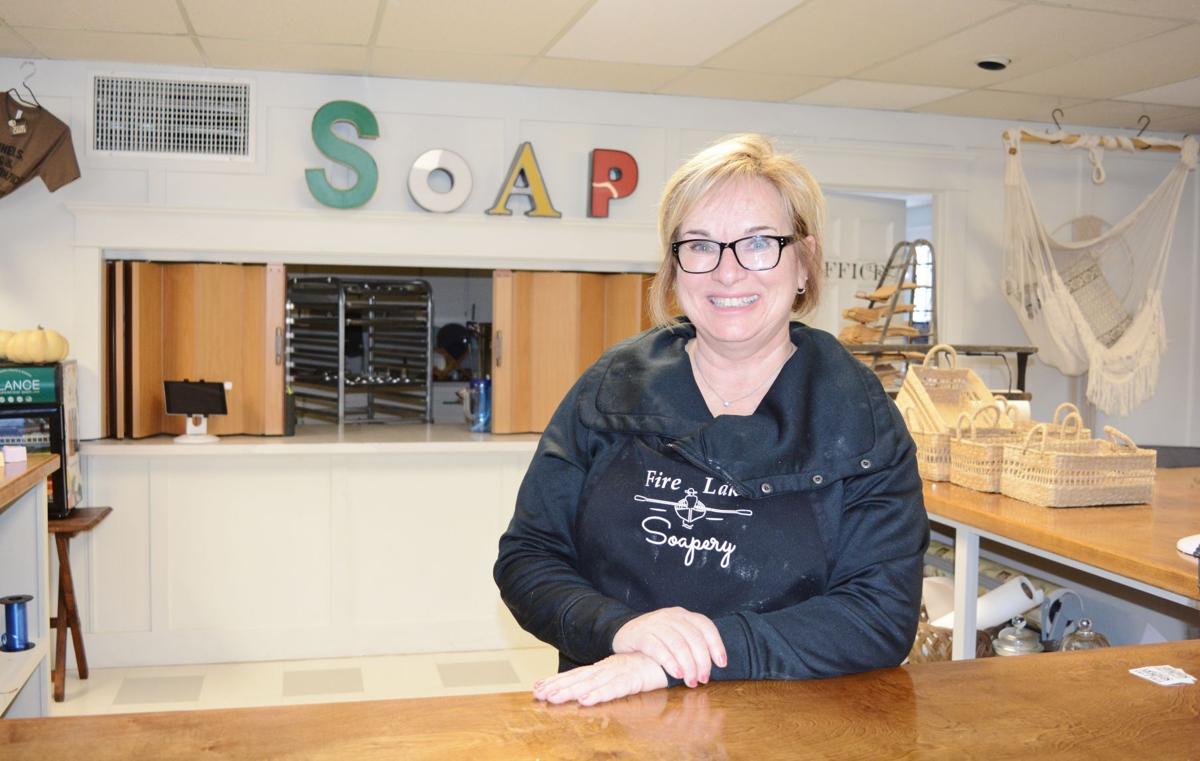 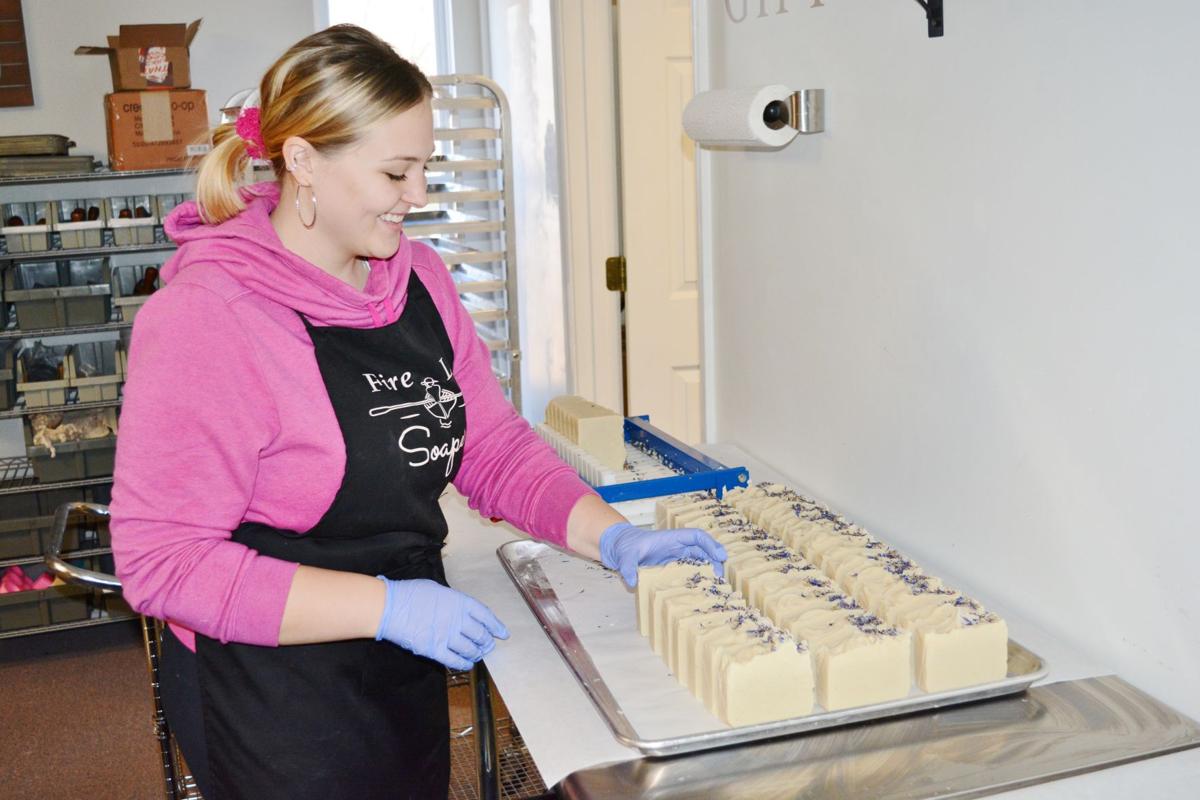 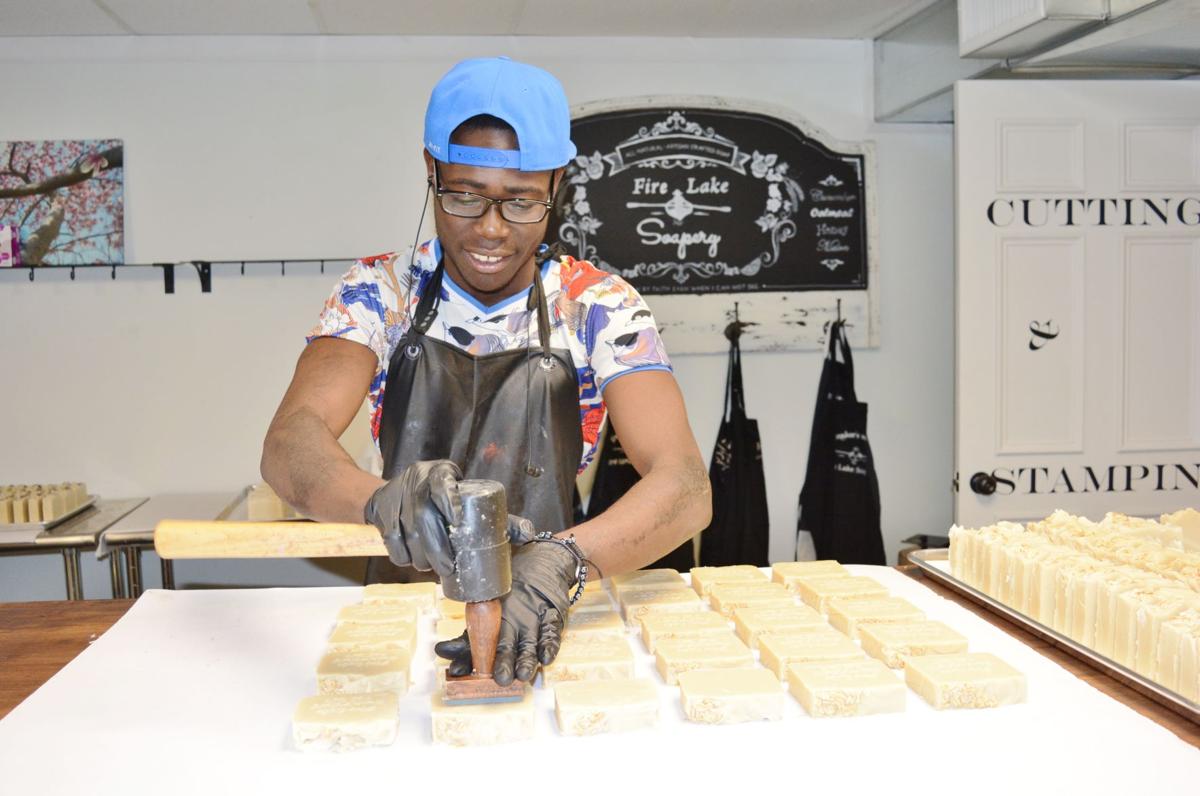 Julio “Kitson” Eugene of Haiti stamps the Fire Lake Soapery logo onto bars of soap at the Paola shop. 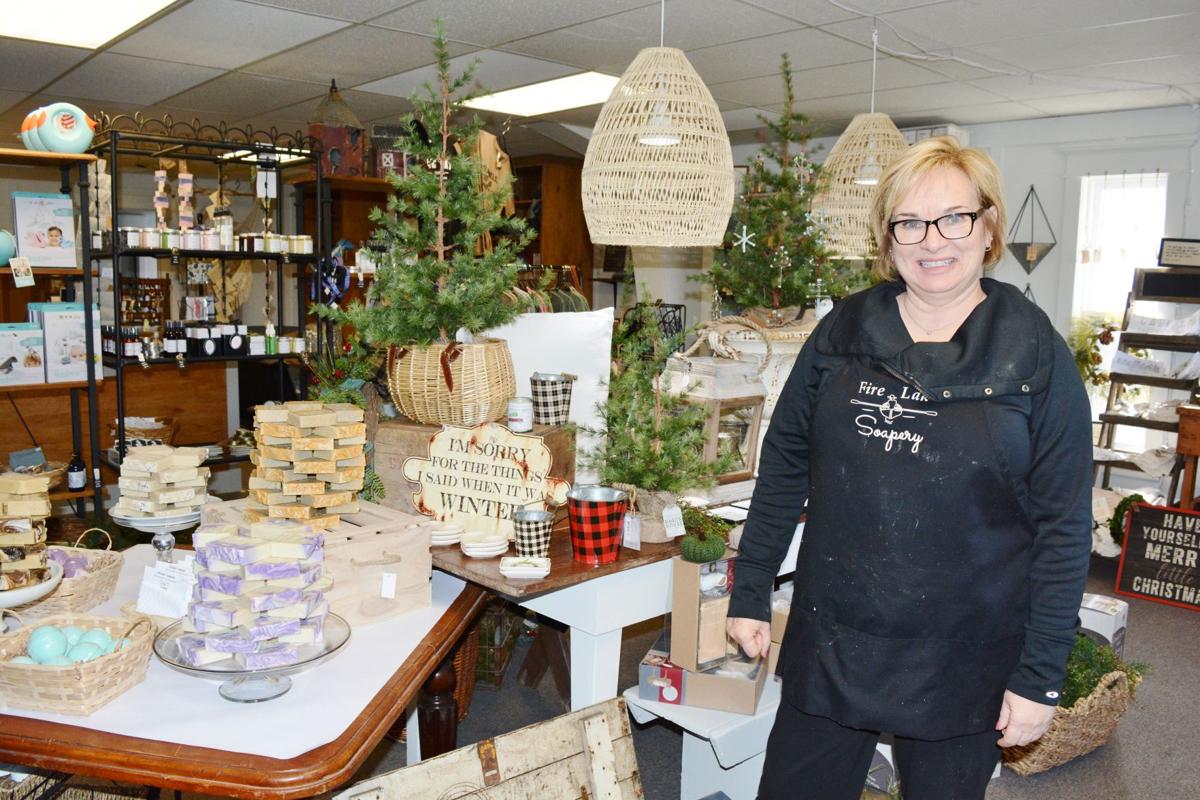 Julie Zoller loves that she has room for a gift shop inside her new location for Fire Lake Soapery at 5 E. Piankishaw St. 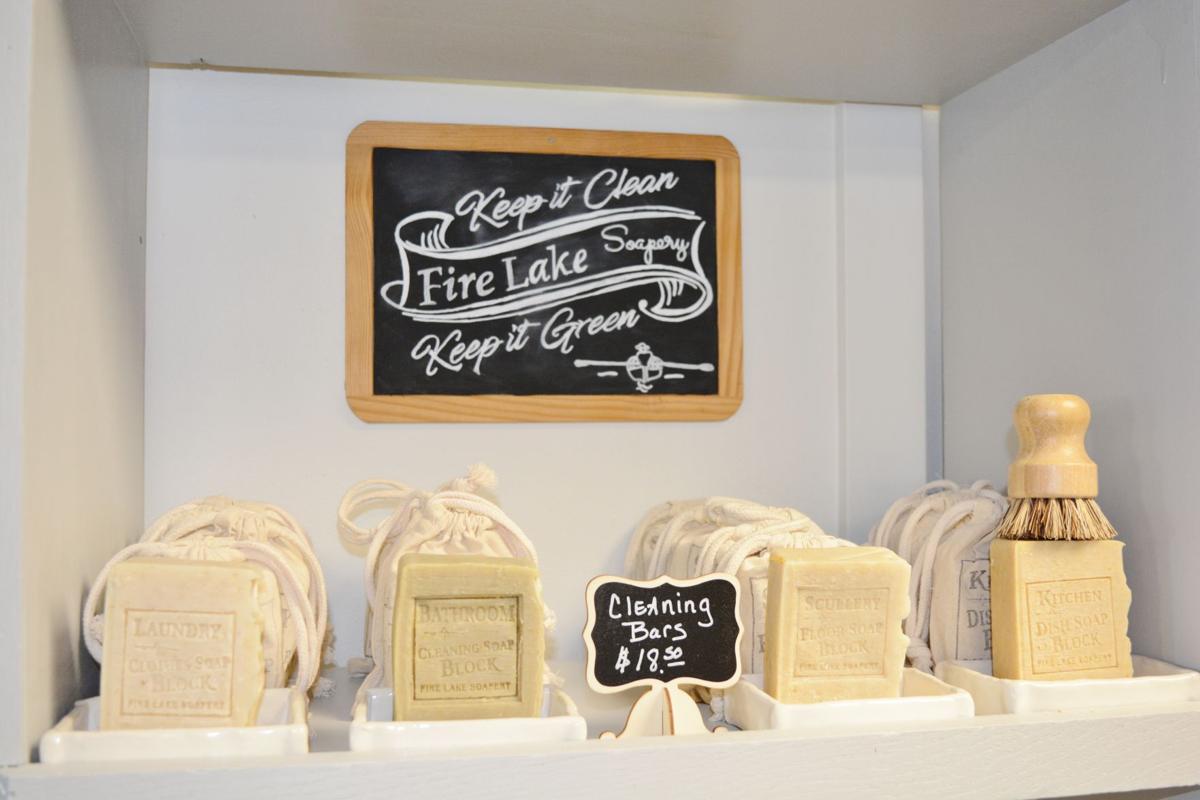 Cleaning bars are popular items at Fire Lake Soapery because they can replace regular cleaning products and last a long time. 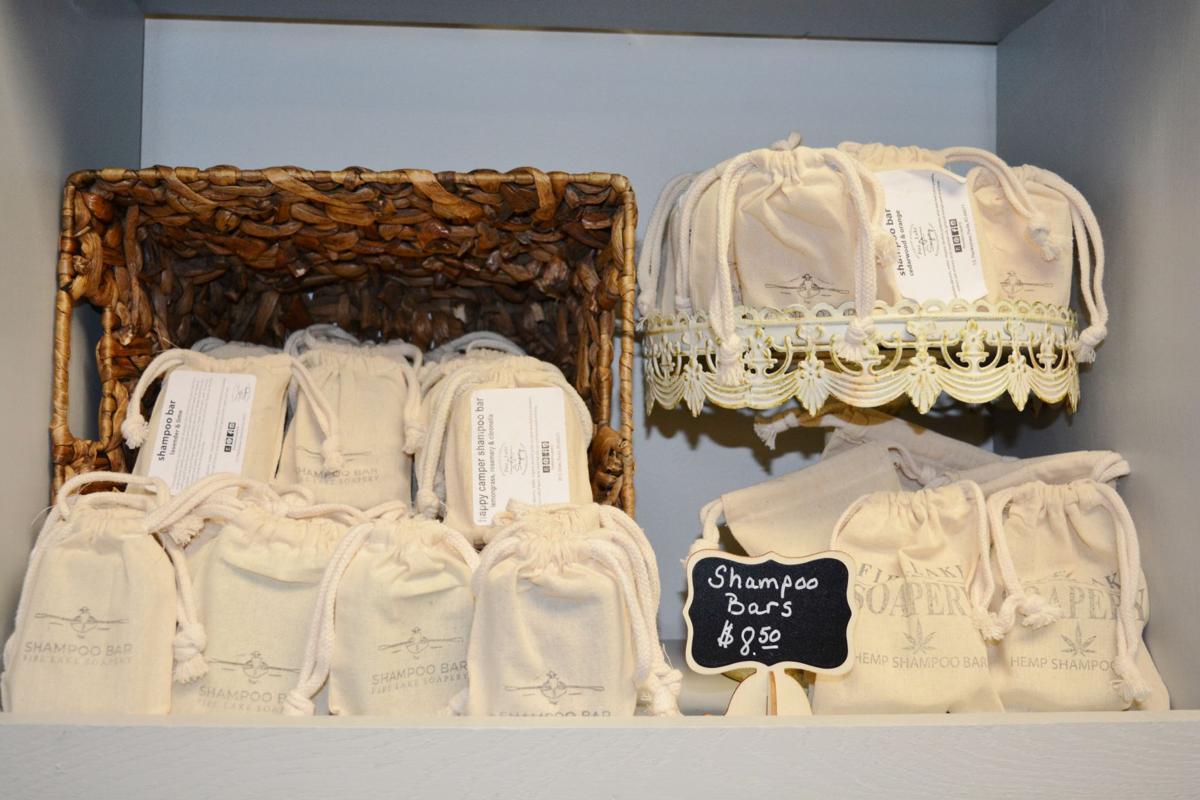 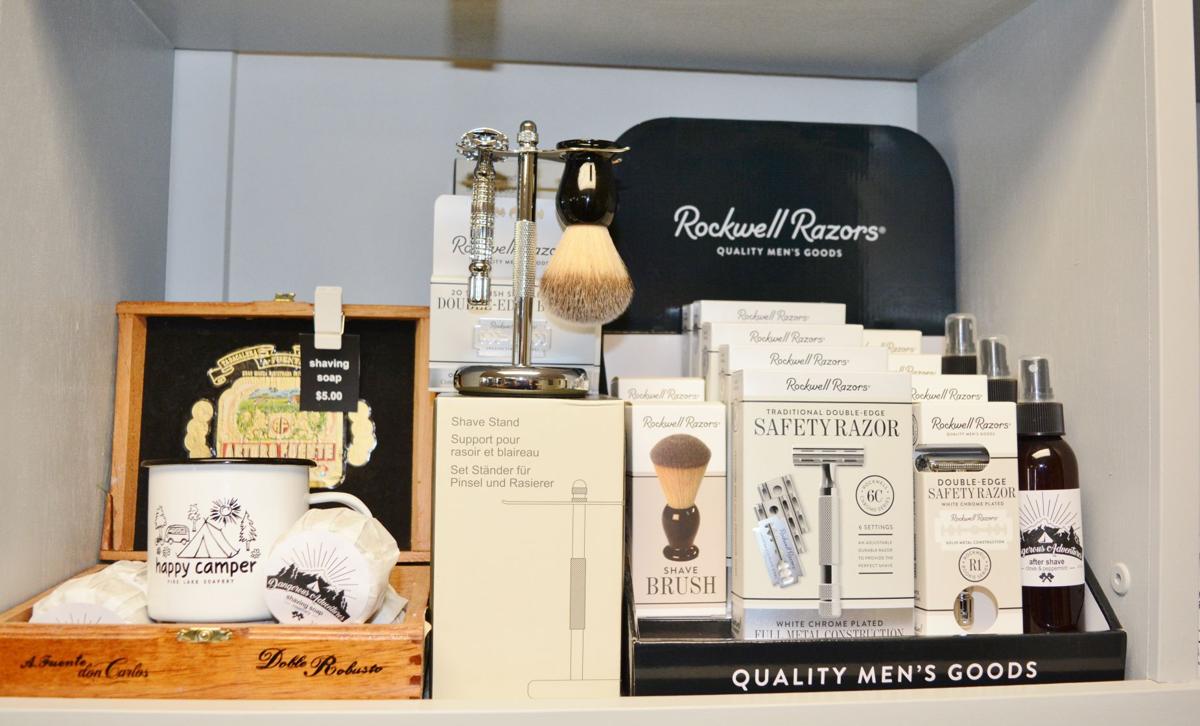 Julio “Kitson” Eugene of Haiti stamps the Fire Lake Soapery logo onto bars of soap at the Paola shop.

Julie Zoller loves that she has room for a gift shop inside her new location for Fire Lake Soapery at 5 E. Piankishaw St.

Cleaning bars are popular items at Fire Lake Soapery because they can replace regular cleaning products and last a long time.

Just two years after opening Fire Lake Soapery on the west side of Paola’s Park Square in 2017, Zoller recently found herself looking for a new home and more space for her growing business.

She found all of that and more inside the recently renovated building at 5 E. Piankishaw St.

Zoller said the renovation work started a few months ago, and there were 16 straight days of just painting. Much of the actual renovation was done by carpenter and jack of all trades Randy Kresin, who even built Zoller the perfect front counter.

The new building was revealed to the public in October, and Zoller said she still has people walking in who are floored by the interior.

As soon as customers walk in the door they are greeted by the lofting fresh aromas of mint, rosemary and other soap-making scents.

They also see the gift area of the store is currently filled with holiday decor items.

Those who explore some of the neighboring rooms will see rows and rows of soap waiting to be packaged and delivered. Zoller said she ships products to 200 stores all across the country, and she now supplies four stores in Canada as well.

Things are about to pick up, too, thanks to the acquisition of some new equipment. One of the shops back rooms is now filled with three large vats that look like they belong in a brewery not a soapery. Zoller said the tanks hold olive oil, coconut oil and lye, and they will help automate the soap-making process.

The new technology will allow Zoller and her co-workers to go from making a few hundred bars of soap each day to 5,000 bars each day.

The equipment is nice, but Zoller said her favorite aspect of the job is still working with great employees. She knows the business wouldn’t be where it is today without the help of her daughter and co-owner Jaclyn Ubert, as well as the creativity of Karen Dietrich.

She’s also currently hiring because she knows she will be losing Reagan Ryckert when she goes off to college in Nebraska.

She is getting a little bit of extra help from Julio “Kitson” Eugene, who she met in Haiti and is visiting family and friends in the United States.

Kitson is learning the soap-making trade so he can start his own business in Haiti.

Zoller does plan to get some help from Tri-Ko residents, who will be making the boxes for the soap to be packaged in.

Although many of Fire Lake Soapery’s products are shipped out to other sites, there are plenty of products for local residents to check out inside the new shop.

Zoller said she is big on cutting down waste from plastic bottles and other containers, which is why she sells liquid soap by the ounce, with customers using reusable containers or bringing in their own.

Another popular item is her shampoo bars, which Zoller said last a long time.

Other available items include skin care products, lotions and candles.