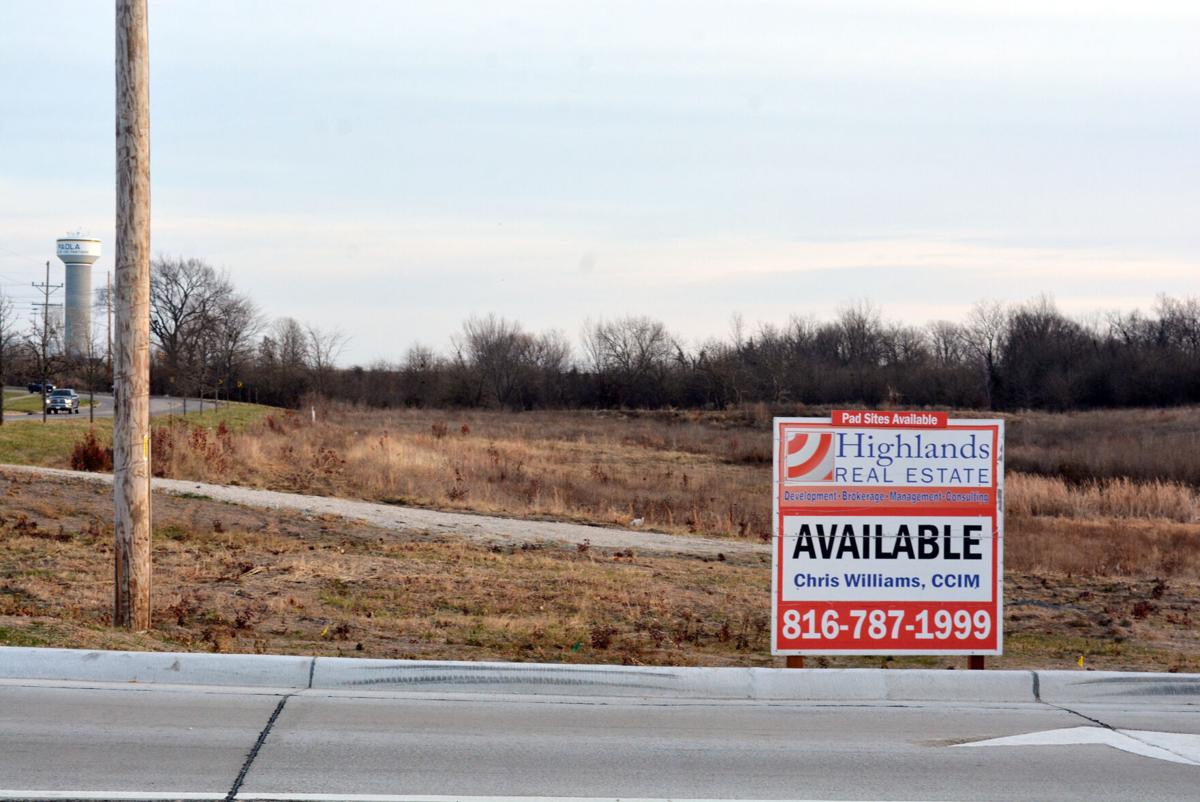 Local residents soon may see progress on the Paola Crossings development as a Casey's convenience store is planned to built near the corner of Baptiste Drive and Hedge Lane. 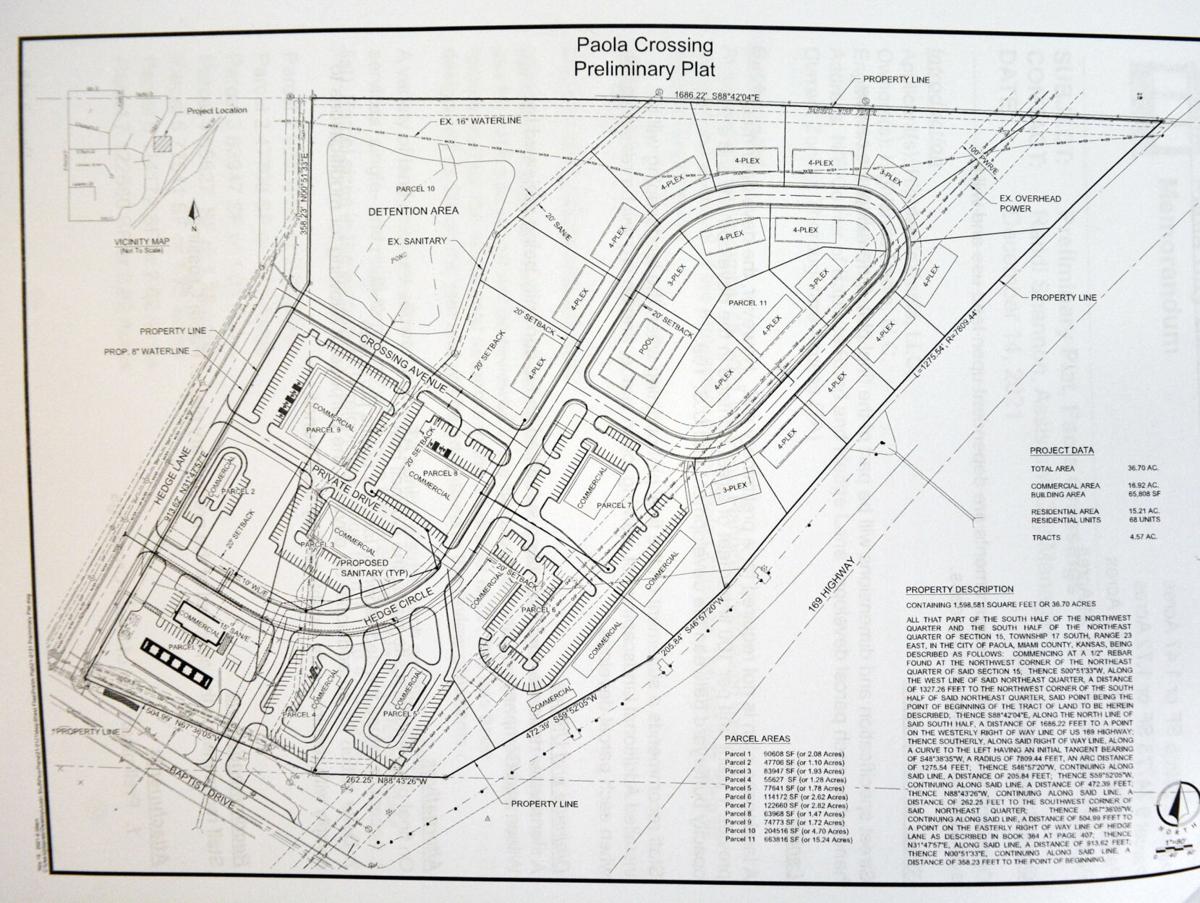 A preliminary plat for the Paola Crossings development was approved by Paola City Council members at their Dec. 14 meeting. The plat shows both commercial and residential parcels.

Local residents soon may see progress on the Paola Crossings development as a Casey's convenience store is planned to built near the corner of Baptiste Drive and Hedge Lane.

A preliminary plat for the Paola Crossings development was approved by Paola City Council members at their Dec. 14 meeting. The plat shows both commercial and residential parcels.

PAOLA – A Casey’s convenience store is proposed to be built at the corner of Baptiste Drive and Hedge Lane as part of the planned Paola Crossings development.

Paola City Council members, during their Dec. 14 meeting, approved a preliminary plat for the development, which will be located on a 36-acre tract of land along Paola’s primary entryway across from Walmart and near the intersection of Baptiste Drive and Hedge Lane.

The preliminary plat shows a number of commercial parcels, as well as a series of four-plex residential parcels included in the development.

The plat was reviewed by council members at their Dec. 7 work session, during which the city officials expressed their approval of the plan.

“I am excited about the housing, we certainly are in need of that,” Outgoing Paola Mayor Artie Stuteville said.

The plat also shows a gas station being built at the corner of Baptiste Drive and Hedge Lane, and Acting Interim City Manager Randi Shannon told the council members that the plan is for a Casey’s convenience store to be built at that location.

Casey’s Retail Company has applied for a conditional-use permit to allow a convenience/gas station to be built at the location in the thoroughfare access zoning district, and the application will be reviewed by the Paola Planning Commission during a public hearing at 5 p.m. Tuesday, Jan. 18, at the Paola Justice Center.

Shannon was not able to name any other businesses lined up to be in the Paola Crossings development, but she expressed optimism that it will fill quickly.

“I feel like once they see one project going, I feel like it’s going to be a magnet,” Shannon said. “I hope so. I hope it attracts a lot of business.”

“We haven’t had anything really big for a long time,” House said.

In 2019, the Paola City Council approved the creation of a Tax Increment Financing (TIF) district for the entire development, and approved the phased development for the Redevelopment Project Area 1 (RPA 1), which is about 9.6 acres.

The development plans also included the utilization of a Community Improvement District (CID) to impose an additional 1.25 percent tax on retail sales made within the CID boundaries. In July 2020, the Paola City Council also approved the creation of a CID for a small 1-acre lot on the south side of Baptiste Drive near Arby’s and RPA 1 in the Paola Crossings development.

The city won’t be issuing any bonds to fund initial excavation or infrastructure work. Instead, the developer will be utilizing a pay-as-you-go approach in which he will put up the initial development costs and then be repaid with the incremental property tax increases from the land as it develops.

Chris Williams of Highlands Development has previously been the city’s point of contact on the development.