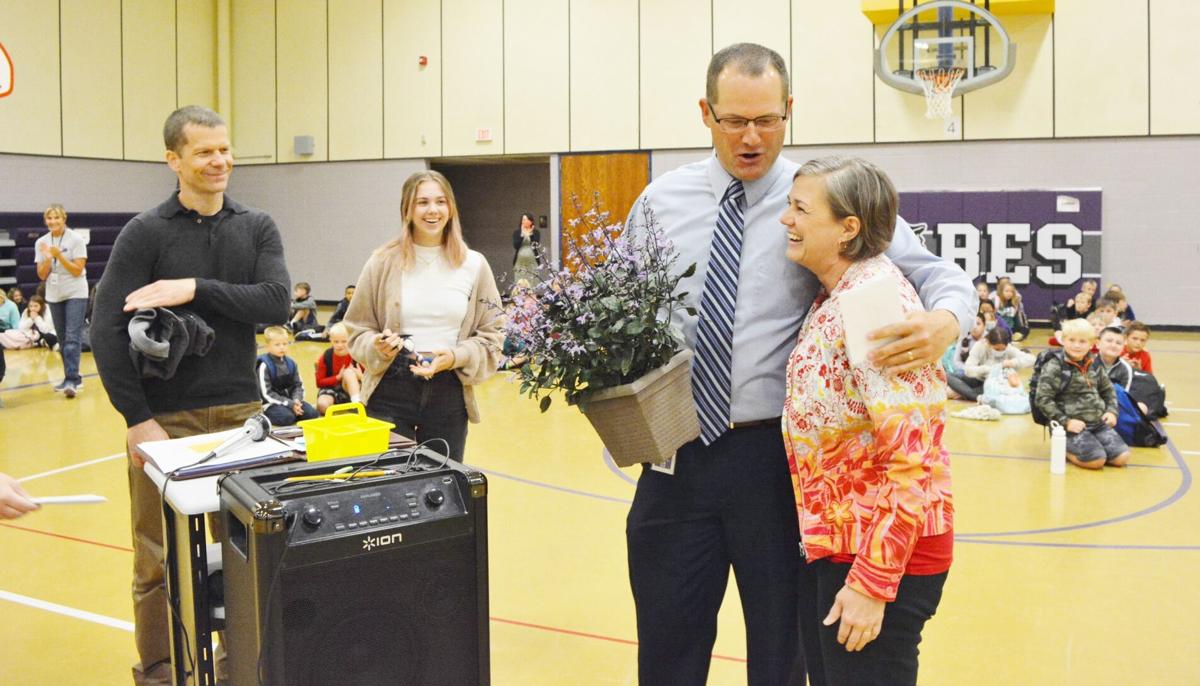 Superintendent Brian Biermann gives Kendal Norberg a hug after announcing that she is Louisburg USD 416’s Elementary Teacher of the Year. Dr. Biermann made the announcement at Broadmoor Elementary where Norberg teaches fourth grade. 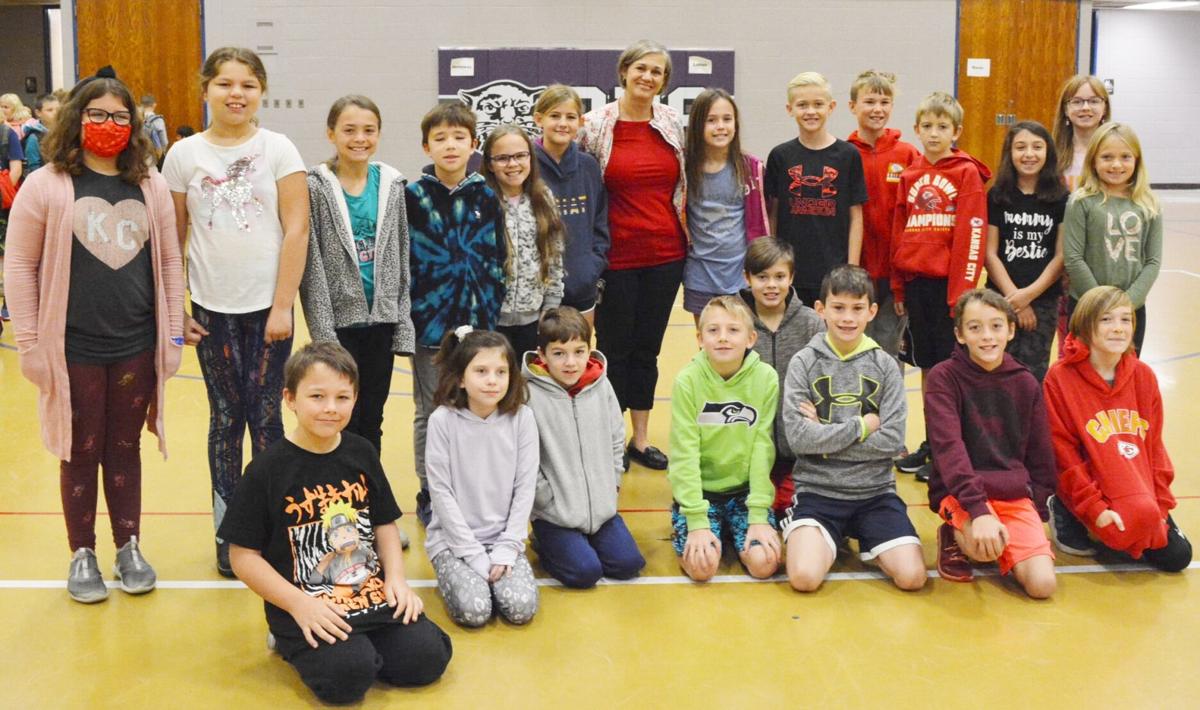 Broadmoor Elementary teacher Kendal Norberg gathers with some of her fourth grade students for a group photo after being named Louisburg USD 416’s Elementary Teacher of the Year.

Superintendent Brian Biermann gives Kendal Norberg a hug after announcing that she is Louisburg USD 416’s Elementary Teacher of the Year. Dr. Biermann made the announcement at Broadmoor Elementary where Norberg teaches fourth grade.

Broadmoor Elementary teacher Kendal Norberg gathers with some of her fourth grade students for a group photo after being named Louisburg USD 416’s Elementary Teacher of the Year.

LOUISBURG — Kendal Norberg knew she was destined to be a teacher while working in child care as a teenager.

“I spent my high school and college years working in child care and really never saw another path,” Norberg said. “I always felt very at home in a school and around children, I can’t imagine being anywhere else.”

Superintendent Brian Biermann made the surprise announcement on Oct. 18 in front of students and staff at Broadmoor Elementary where Norberg teaches fourth grade.

“It caught me completely off guard,” Norberg said of Dr. Biermann’s announcement in the Broadmoor gym before the start of school that Monday. “I was surprised and felt very humbled to be granted this privilege.”

A post on the district’s website notes Norberg was chosen by her colleagues because of the passion they see each and every day in her classroom.

“She loves inspiring students and supporting them throughout their learning journey,” reads the post.

Norberg also serves as a representative for her colleagues in the Louisburg Education Association.

The website post also notes: “You can even find her training staff from the surrounding eight school districts served by the East Central Kansas Special Education Cooperative on Crisis Prevention Institute.”

Norberg has been teaching for 15 years, with more than a decade of that time spent in Louisburg USD 416.

She began teaching at Cass Midway in Missouri in the late 1990s as a fifth-grade teacher. She put her teaching career on pause to stay home when her daughters were born.

“When my youngest daughter started kindergarten, I began subbing for the Louisburg district, pre-K through high school. I subbed for four years, doing two long-term sub jobs in third grade.”

Norberg then taught STEM at Broadmoor for two years before she was hired to teach fourth grade at the school. In 2020, she shifted roles to teach third grade to fill a gap before returning to fourth grade this school year.

“Including my subbing, I have worked in Louisburg for 12 years,” she said.

Norberg grew up nearby. Her family moved from Overland Park to Stilwell when she was in kindergarten.

“My parents still live there, in the same home, today,” she said.

After graduating from Blue Valley High School, Norberg attended the University of Arkansas but transferred to Kansas State University where she obtained a Bachelor of Science in K-9 education.

She recently obtained a master’s degree in Special Education from Baker University.

Kendal and Justin Norberg have been married for almost 24 years. He is a software development manager for ScriptPro, located in Mission.

They have two daughters.

“Ava is a freshman at KU, majoring in biology and hoping to study genetics,” Kendal Norberg said. “Julie is a junior in high school here in Louisburg. She is currently looking into different universities and is interested in studying medicine.”

Norberg said the family enjoys traveling but it has come to a halt recently due to the pandemic.

Her hobbies include sewing, reading and doing yoga.

“I recently have been taking dance classes with my 82-year-old father,” she said.

After the teacher of the year announcement, Norberg’s students huddled around her for a group photo in the Broadmoor gym.

“The most rewarding part of teaching is the relationships I build with my students and their families,” Norberg said later. “I really enjoy the connections I have made in our community.”