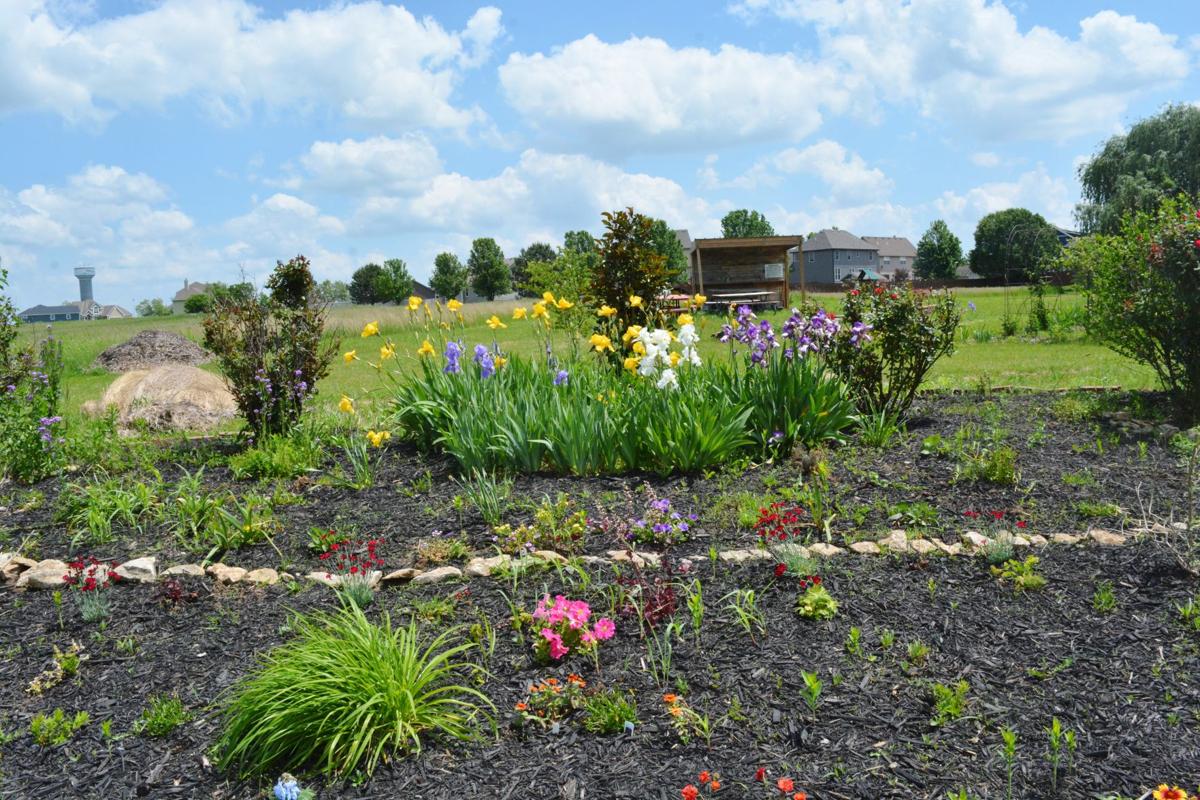 A group of volunteers recently spruced up a flower bed at the Paola Community Garden along Industrial Park Drive, and a tree was planted in memory of Regan Johnson. Regan’s mother, BJ Thomas, has worked tirelessly since her daughter’s death in December 2017 to promote suicide prevention efforts. 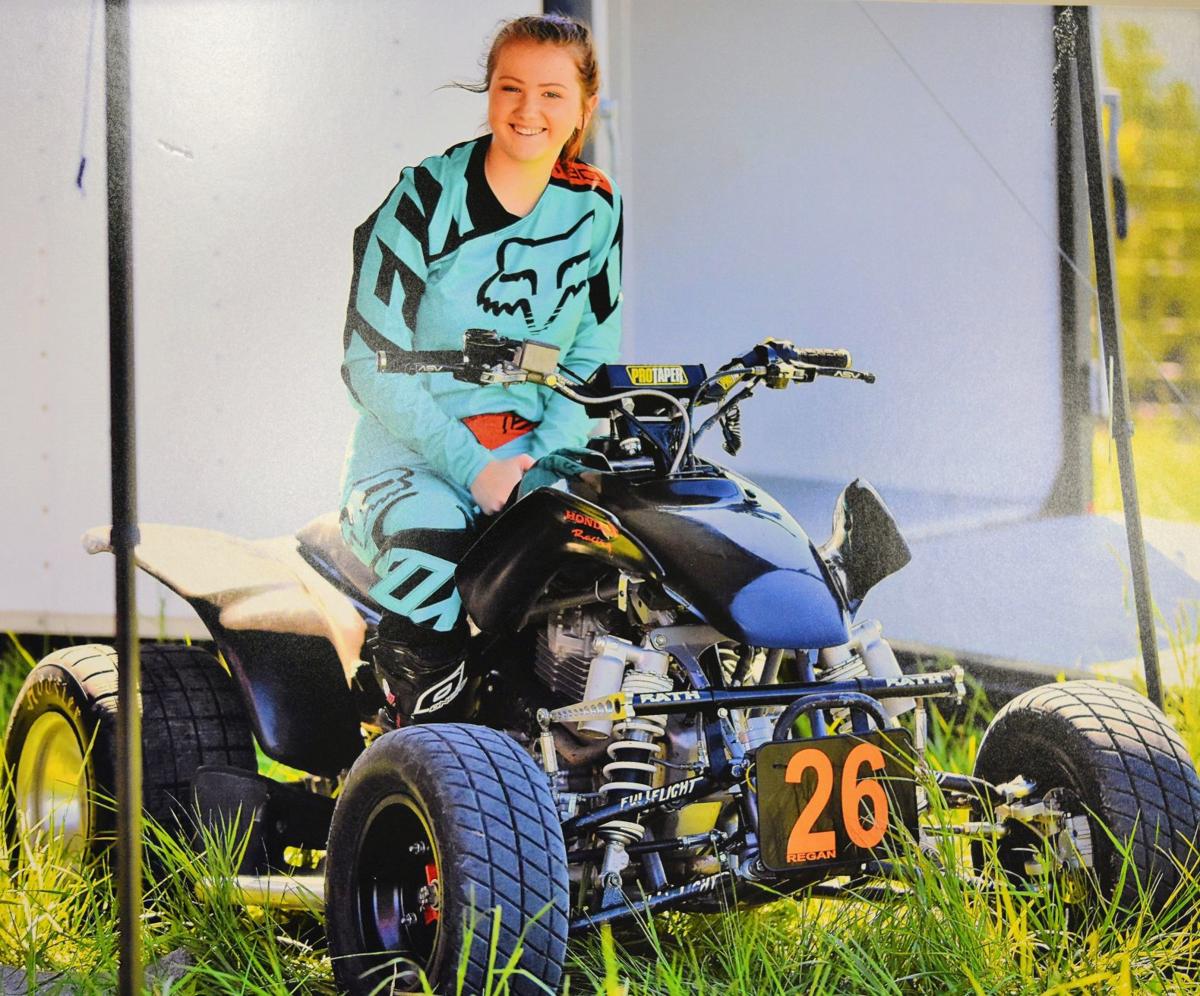 Regan Johnson had a passion for ATV racing, and her family started a suicide prevention organization called Shifting Gears after she took her own life in December 2017.

A group of volunteers recently spruced up a flower bed at the Paola Community Garden along Industrial Park Drive, and a tree was planted in memory of Regan Johnson. Regan’s mother, BJ Thomas, has worked tirelessly since her daughter’s death in December 2017 to promote suicide prevention efforts.

Regan Johnson had a passion for ATV racing, and her family started a suicide prevention organization called Shifting Gears after she took her own life in December 2017.

PAOLA — Two parents made impassioned pleas during the Paola school board meeting May 13, asking USD 368 officials to put a greater emphasis on suicide prevention.

BJ Thomas, whose daughter Regan took her own life in December 2017, spoke during the public comment portion of the school board meeting. Regan was a 16-year-old junior at Paola High School at the time of her death.

“Nothing has changed,” Thomas said. “You need suicide prevention programs in place.”

Thomas said she is aware of students who are having suicidal thoughts, and in at least one case, she was told the student’s friends were dismissed when they tried to tell school administrators. Thomas said she ended up calling the police department to request a wellness check on the student.

“This shouldn’t be happening,” Thomas said. “This can’t happen.”

Amy Barenklau said her daughter was bullied while going through the Paola school system, and she continues to deal with anxiety and depression. It prompted Barenklau to pay to go through her own suicide intervention training, and it’s something she recommends for all Paola USD 368 staff members.

“This is not something that’s going to go away,” Barenklau said.

Paola school board members and administrators did not discuss the public comments during the meeting, but Superintendent Matt Meek did speak to them during a follow-up interview.

As for the actions of his administrators, Meek said proper protocol is in place, and his staff members are trained to follow that protocol. Reports from teachers and students are followed up on, he said.

That’s why the district is preparing to launch the Yellow Ribbon Suicide Prevention Program. At the center of the program are cards featuring a yellow ribbon and contact numbers people can use to get help if they are having suicidal thoughts.

Meek said he hopes the program expands into the community, with local businesses featuring the yellow ribbon symbol on their storefronts and community members volunteering to attend training sessions.

The school district recently received a $5,000 grant from the Baehr Foundation to help implement the program, but Meek said he still plans to use district funds to train his staff. He’d like to reserve the grant funds to help cover the cost of training community members who are willing to get involved.

The implementation of the program has been briefly delayed since counselor Justin Elliott, who recently attended training for the program, is no longer employed with the school district. Meek said the plan is to get other staff members trained as soon as possible.

More staff training related to suicide prevention and mental health also is being planned for next school year.

It’s not the first time the district has partnered with Elizabeth Layton Center (ELC).

In March, the school district and ELC teamed up to launch a pilot program at Cottonwood Elementary, which houses students in kindergarten through second grade. Through the program, an ELC case manager is stationed at Cottonwood Monday through Friday from the beginning of school until noon.

Meek said the program has gone well so far, and the district plans to expand it to Sunflower Elementary this fall, with the eventual goal of having it at the middle and high schools as well.

Meek said the school district also is a willing participant of the “Healthy Minds, Strong Communities” project being spearheaded by the Marais des Cygnes Extension District thanks to a $10,000 grant from K-State Research and Extension to address mental health in the community.

Thomas has been working hard herself to make sure no other parent has to experience the loss of a child.

Last June, she and her family started Shifting Gears, which is focused on raising awareness of teen suicide prevention and helping families navigate life after the sudden loss of their child to suicide.

She also has been working close with Jennifer Levinson, who is the community outreach facilitator for Speak Up (Suicide Prevention Education Awareness for Kids United as Partners Foundation).

Levinson was there to support Thomas during the May 13 school board meeting, and she’s also been working with the Louisburg school district.

Dave Tappan, USD 416 assistant superintedent, confirmed that Levinson will be meeting with school personnel Aug. 8. Two sessions will take place in the afternoon to accommodate K-5 and 6-12 teachers.

“When school starts, she will be meeting with our students, and then there will be a parent/community meeting in October,” Tappan said.