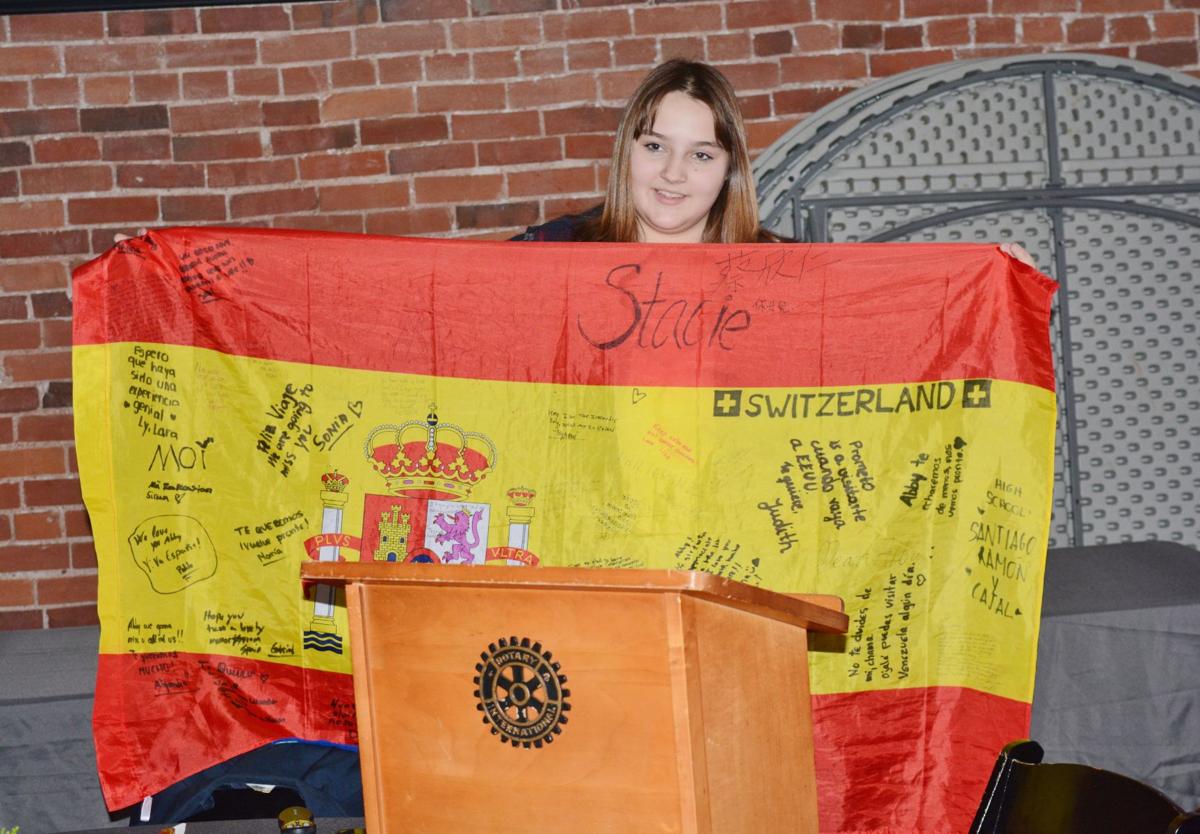 Paola High School senior Abby Langton displays a Spanish flag signed by her friends during her presentation at a recent Paola Rotary Club meeting. Langton spent a year in Spain as part of the Rotary Youth Exchange program. 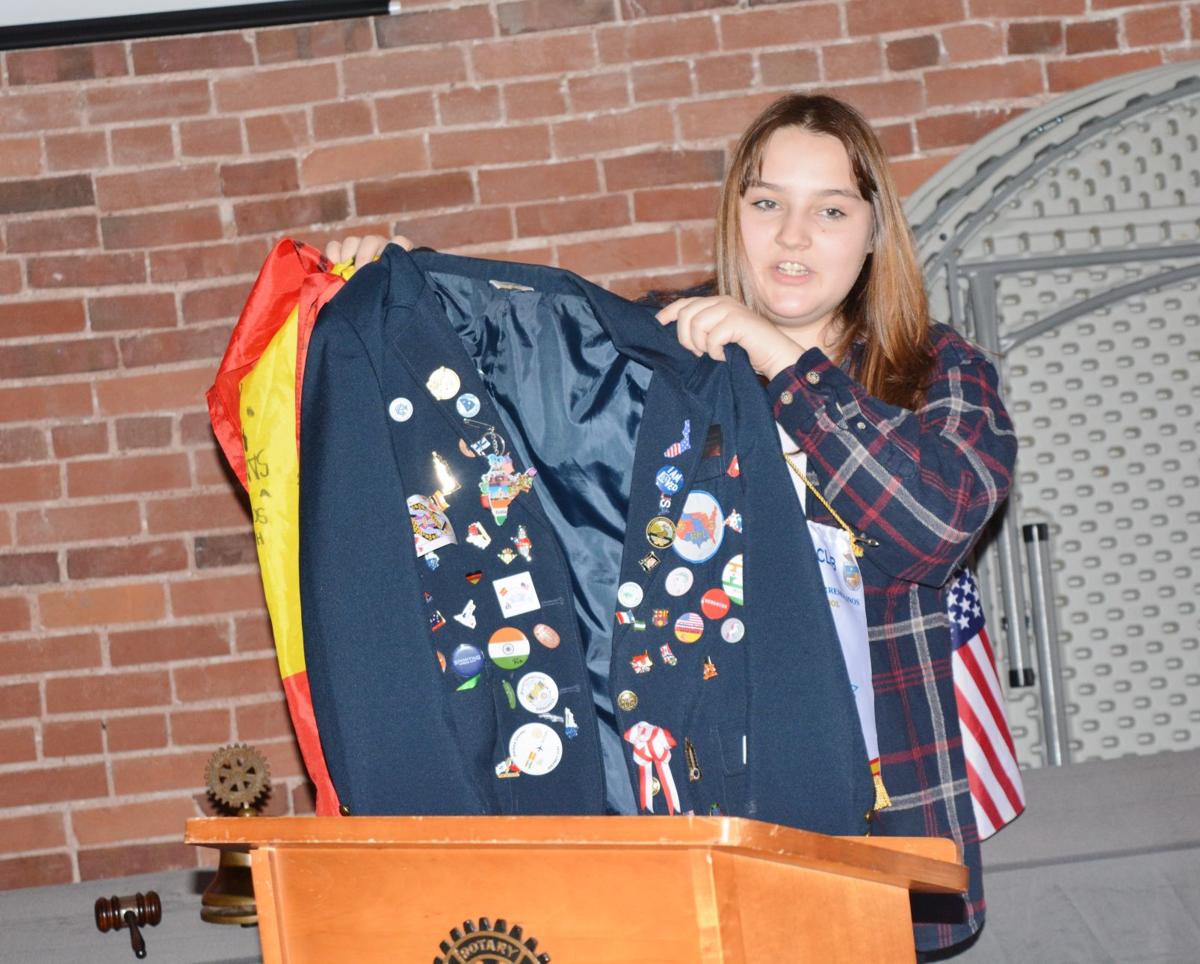 Paola High School senior Abby Langton displays a Spanish flag signed by her friends during her presentation at a recent Paola Rotary Club meeting. Langton spent a year in Spain as part of the Rotary Youth Exchange program.

PAOLA — After taking two years of Spanish at Paola High School, Abby Langton was looking for an opportunity to learn more by immersing herself in a Spanish-speaking country.

That’s why she jumped at the opportunity to be a Rotary Youth Exchange student and spend a year in Spain, and she recently told Paola Rotary Club members that it’s an experience she will never forget.

“It was the best year of my life,” she said.

Langton embarked on her journey in September 2018 and didn’t return until July 2019, just before the start of her senior year at PHS.

She spent much of her time with her host family in Fuengirola, which is a town in southern Spain known for its sandy beaches.

She also visited nearby Málaga, which is a larger port city known for its high-rise hotels and resorts.

It didn’t take long for Langton to notice some of the cultural differences between America and her new temporary home.

“Not a lot of people had cars,” Langton said. “I originally walked everywhere. I walked to the beach and school.”

School in Spain was another new world for her. There were no clubs or school sports.

“My friends would study all the time,” she said. “School was very serious. It’s definitely a lot harder than I anticipated.”

There were also no gyms or cafeterias in the school buildings.

Langton said she didn’t eat lunch until after school at 3 p.m., but her body soon adjusted to the schedule. She would take an apple or rice cake to eat during a break at school and then look forward to lunch after school.

Many places would close so people could take siestas later in the afternoon, and Langton said she’d usually eat dinner around 9 p.m. One popular Spanish dish she ate a lot of was paella with seafood.

Langton said one of the highlights of her trip was going on a European tour where she met more exchange students and saw many breathtaking sights, such as the Eiffel Tower in Paris, France.

“It was really cool to see these places in person,” Langton said. “You always hear about them in movies and on TV.”

There were about 35 people on the tour, and they visited about a dozen countries, including Italy, the Netherlands, Slovenia and Slovakia.

“Every city I found to be very different, even the color schemes,” Langton said. “It was really incredible for me.”

Although she was away from home for a year, Langton said she did enjoy spending a week in March with her dad, who came to visit her in Spain.

While Langton was soaking in the sights and sounds of Spain, her temporary classmates were also learning from her. She said they all wanted to know if school in the United States is like High School Musical.

Langton said she laughed at first, but then when she thought about it, she told them: “it kind of is, except for all of the singing.”