Skip to main content
You are the owner of this article.
Edit Article Add New Article
You have permission to edit this article.
Edit
News
Announcements
Voices
Sports
Obituaries
Special Sections
Multimedia
Marketplace
Contests
Info
1 of 8 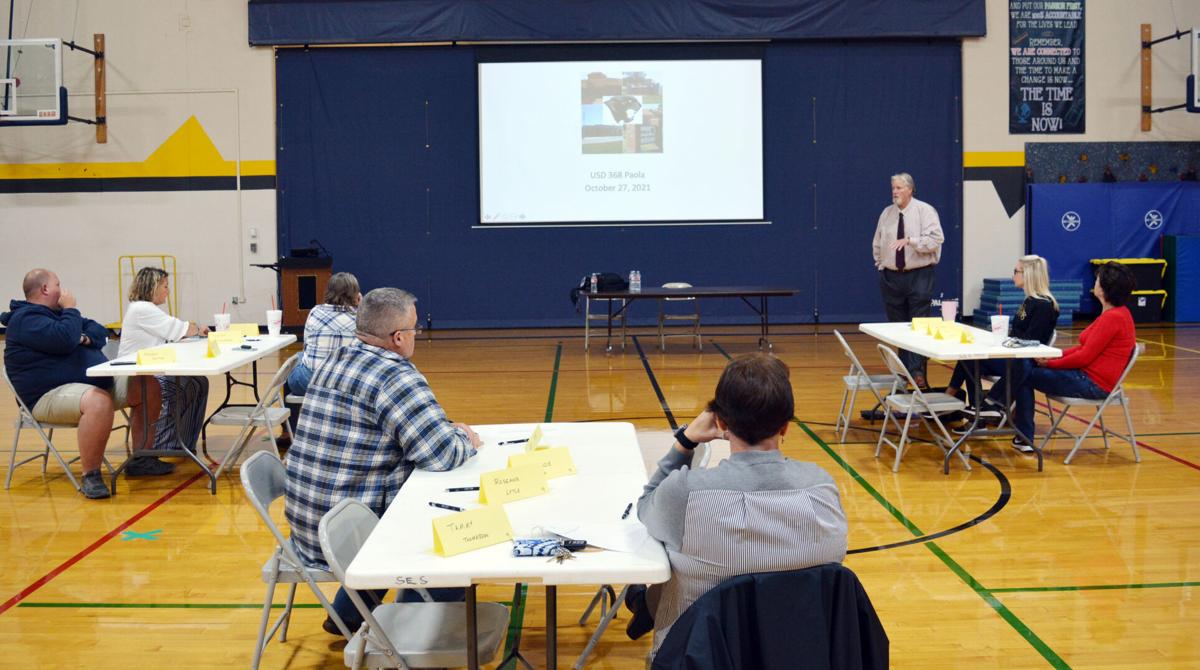 Paola USD 368 administrators, school board members, teachers and parents put their heads together during a work session Oct. 27 at the Sunflower Elementary gymnasium to help map out the school district’s direction moving forward regarding COVID-19 policies. The event was moderated by Doug Moeckel, leadership field specialist with the Kansas Association of School Boards. 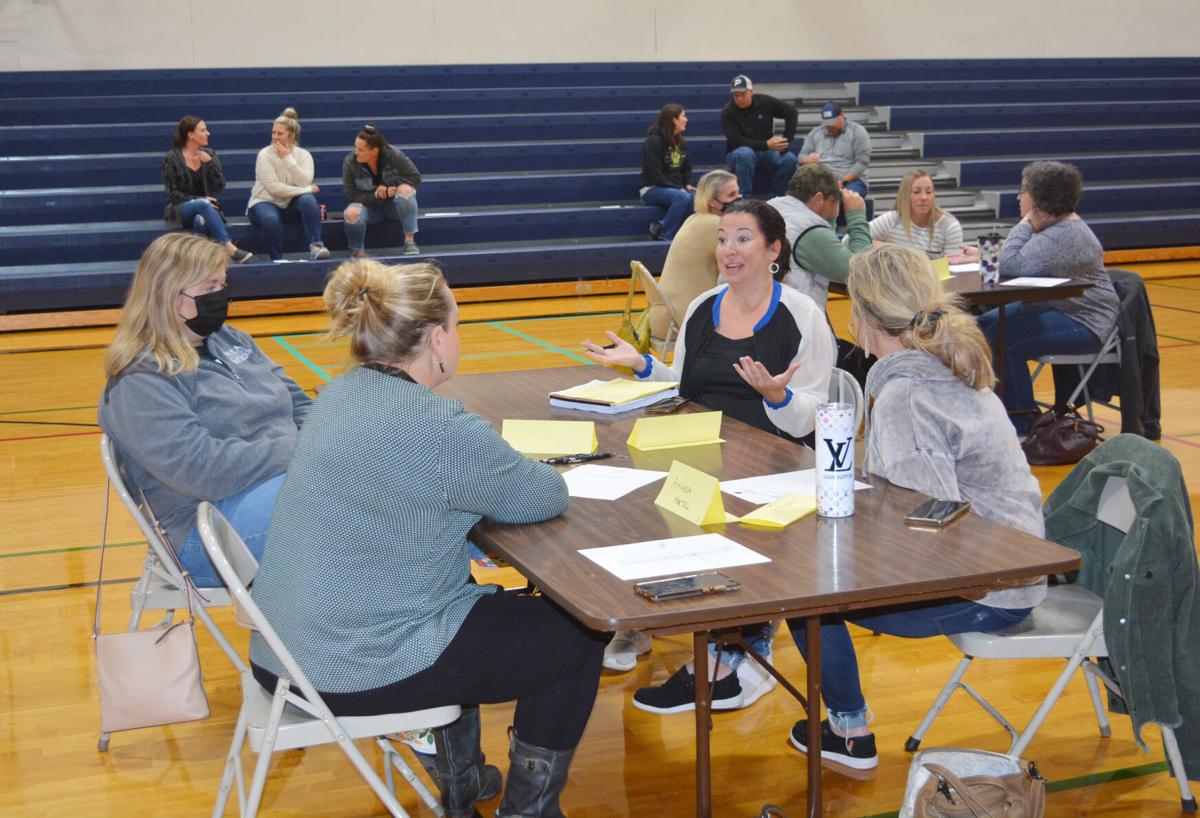 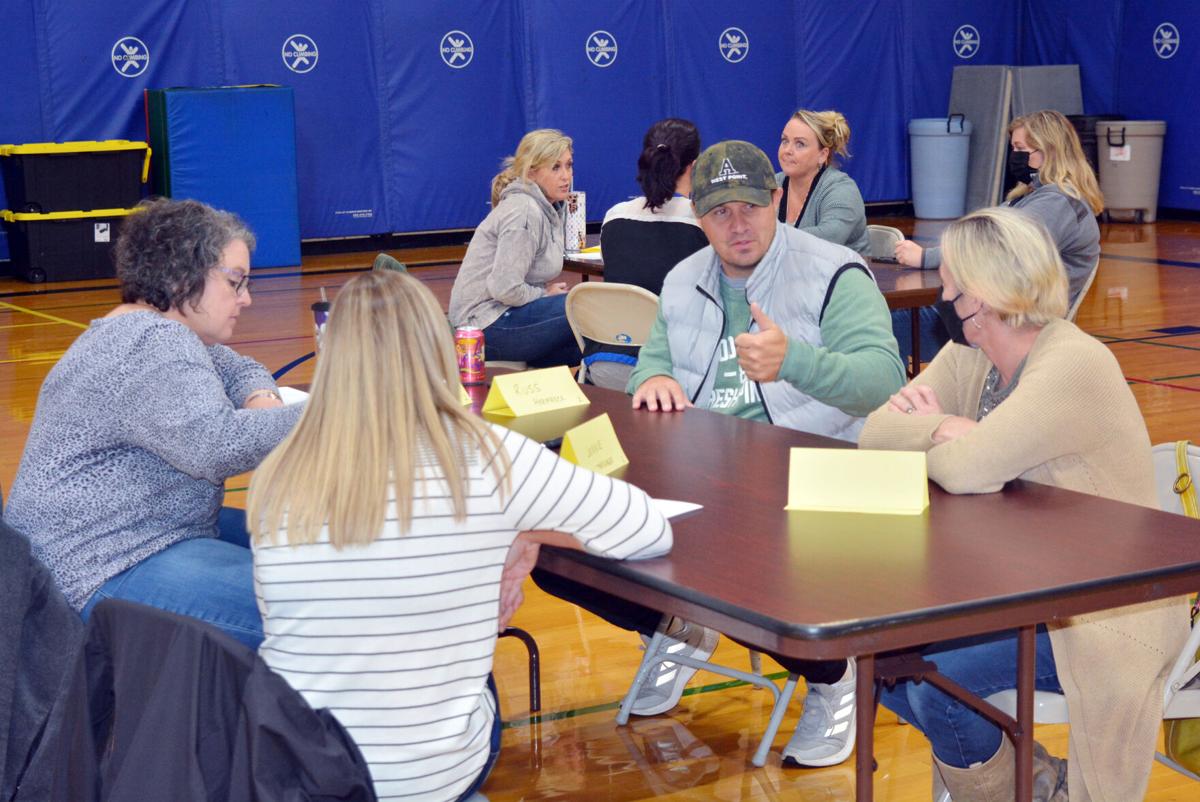 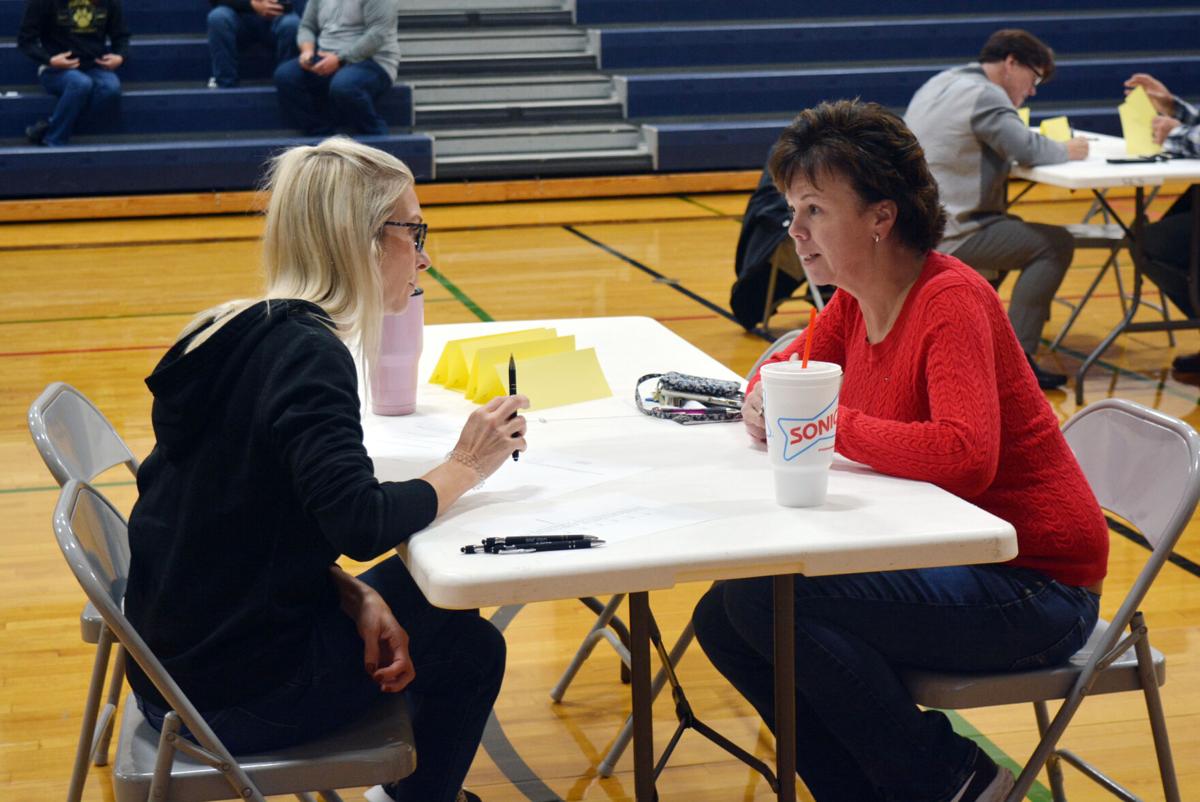 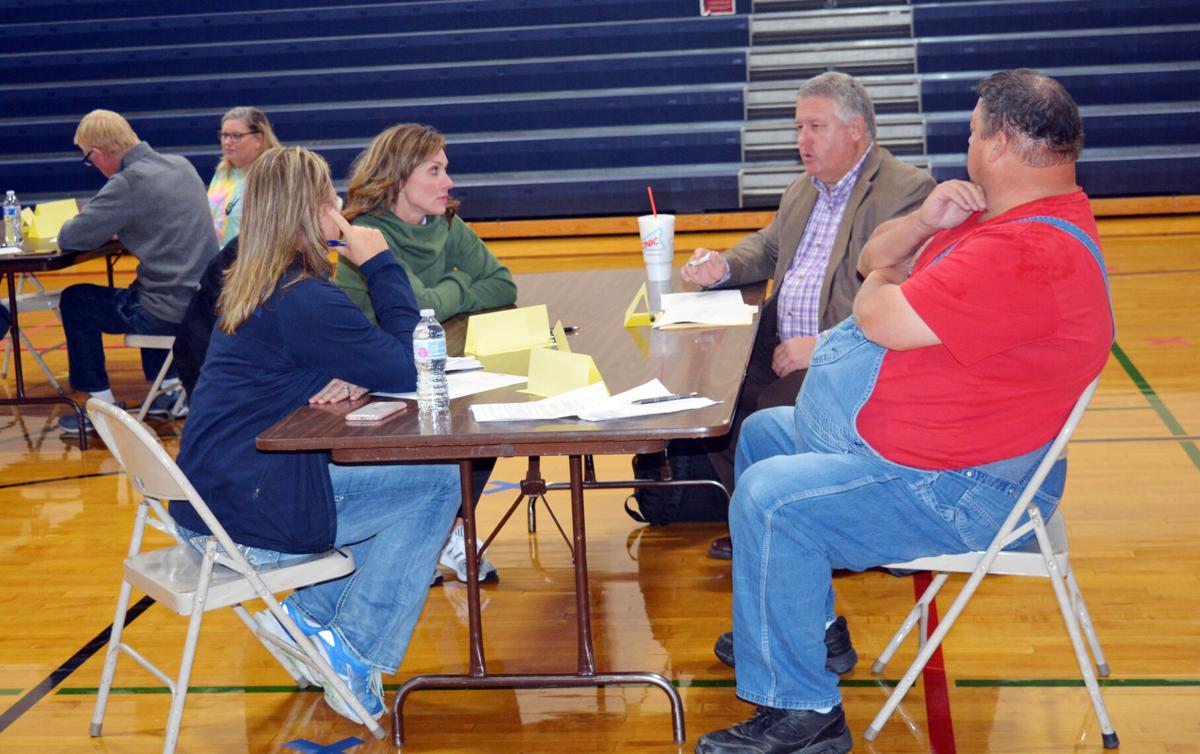 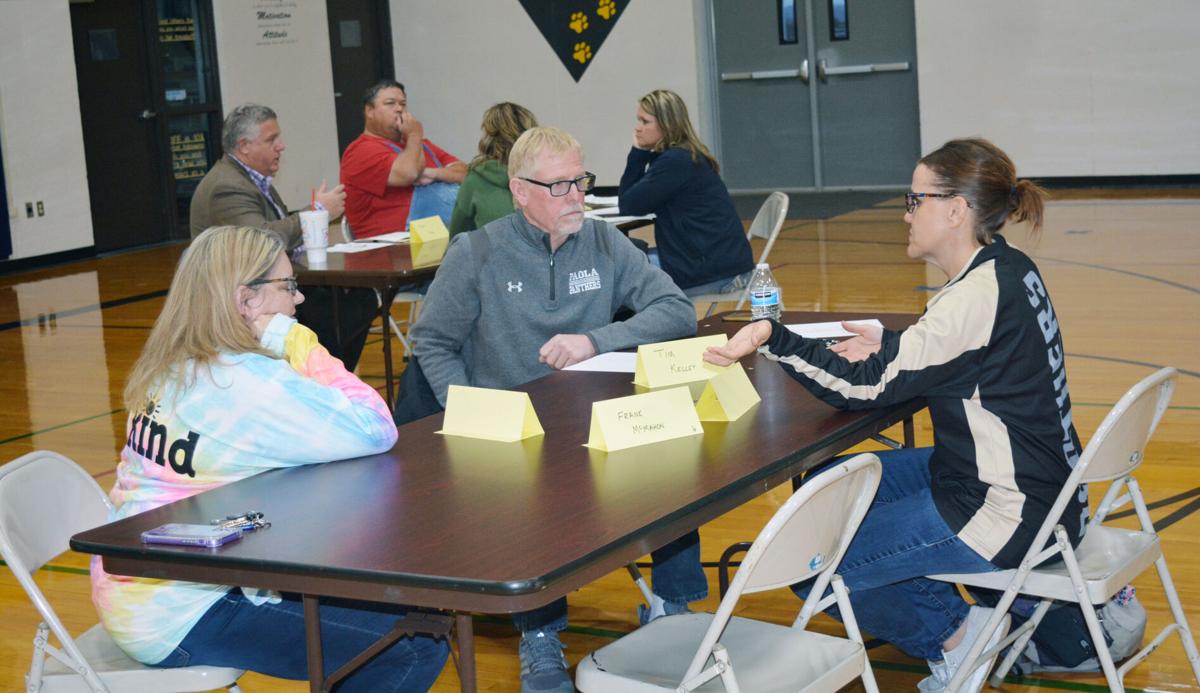 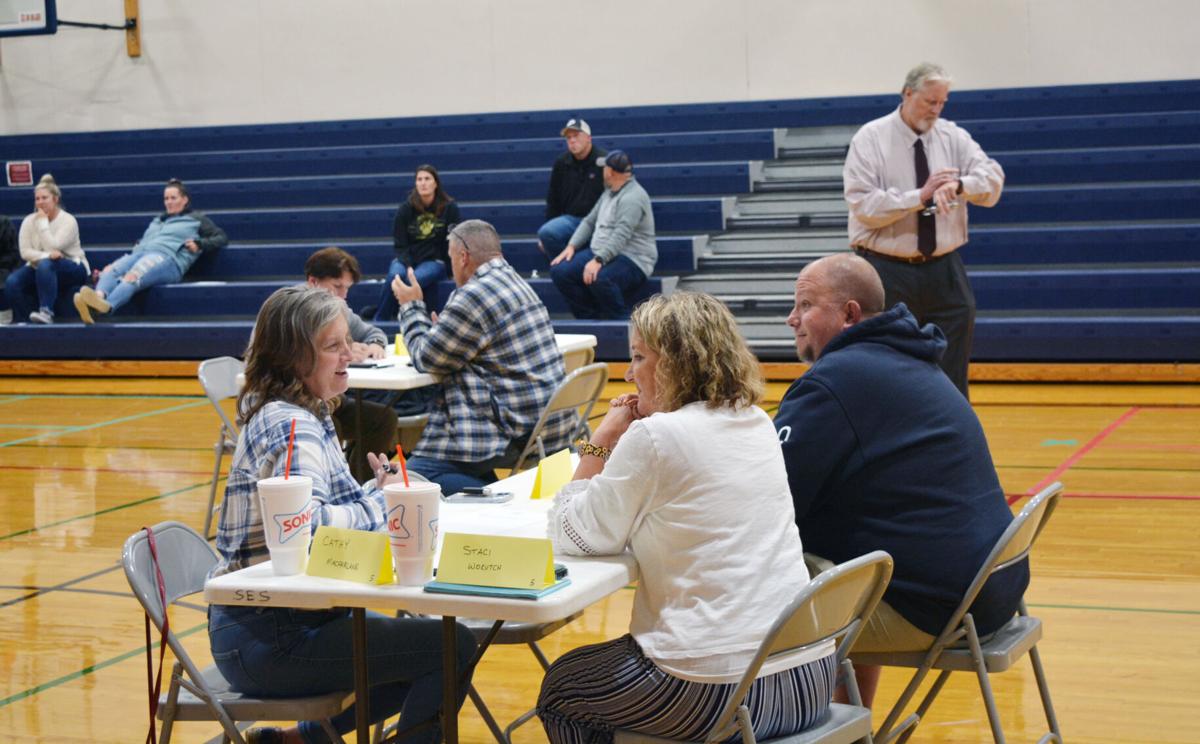 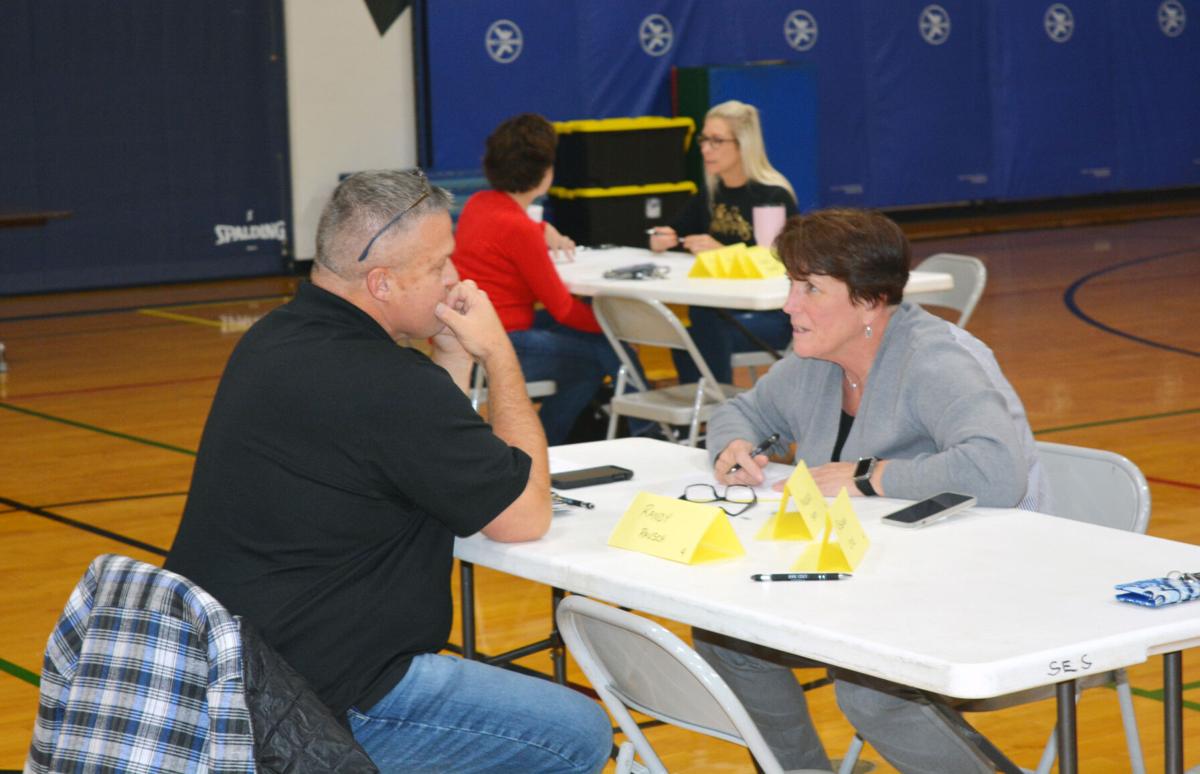 Paola USD 368 administrators, school board members, teachers and parents put their heads together during a work session Oct. 27 at the Sunflower Elementary gymnasium to help map out the school district’s direction moving forward regarding COVID-19 policies. The event was moderated by Doug Moeckel, leadership field specialist with the Kansas Association of School Boards.

PAOLA — Paola USD 368 administrators, school board members, teachers and parents put their heads together during a work session Oct. 27 to help map out the school district’s direction moving forward regarding COVID-19 policies.

The workshop took place inside the Sunflower Elementary gymnasium, where the 22 participants could split into seven different groups.

There were supposed to be 28 participants, with four people at each of the seven tables, but six parents who signed up were unable to attend.

The event was moderated by Doug Moeckel, leadership field specialist with the Kansas Association of School Boards.

Moeckel asked three questions and gave each group 15 minutes to discuss the topics. A representative of each group was then given 5 minutes to report the group’s findings.

1. What metrics should the district use to determine transitioning between Phase 1 (mask optional) and Phase 2 (mask required)? Should the decision be determined by each building or district wide?

2. What are your thoughts concerning the school district continuing to offer COVID-19 testing?

3. If you were on the Board of Education… in your opinion related to decisions about COVID protocol…

Each group offered different insight, but some things were universally agreed upon.

All of the groups agreed that the decision to transition between phases should be made building by building and not district wide.

As for the metric to use, one group said 10 percent of the building, while another said 5 percent and another said 3 percent. Several could not come up with a defined metric.

One group suggested adding the percent positive statistic for each building to the school district’s weekly COVID report that comes out on Fridays.

None of the groups liked the idea of quitting testing all together because students could miss out on games and activities.

A majority of the groups, though, expressed a desire to keep the testing optional.

One group also suggested giving students and parents alternatives, such as allowing participants to wear masks.

Another group said all testing should be done by a medical professional, and the group members proposed eliminating daily testing by staff members.

Another group said they liked the convenience of allowing students to be able to test at school if they want to with parental permission, but there was some concern expressed that students would come to school sick just to get tested.

School board member Randy Rausch said looking back he wishes the board would have finalized a metric sooner and had the community workshop earlier, but he also acknowledged that it’s been a difficult time for everyone.

“There’s two sides to this,” Rausch said. “It’s hard for us to make everybody happy.”

All participants, including those in the audience, were given the opportunity to write down an answer to a final question before leaving.

The question was: “How do we re-establish (continue) the trust between the schools and community/parents regarding COVID?”