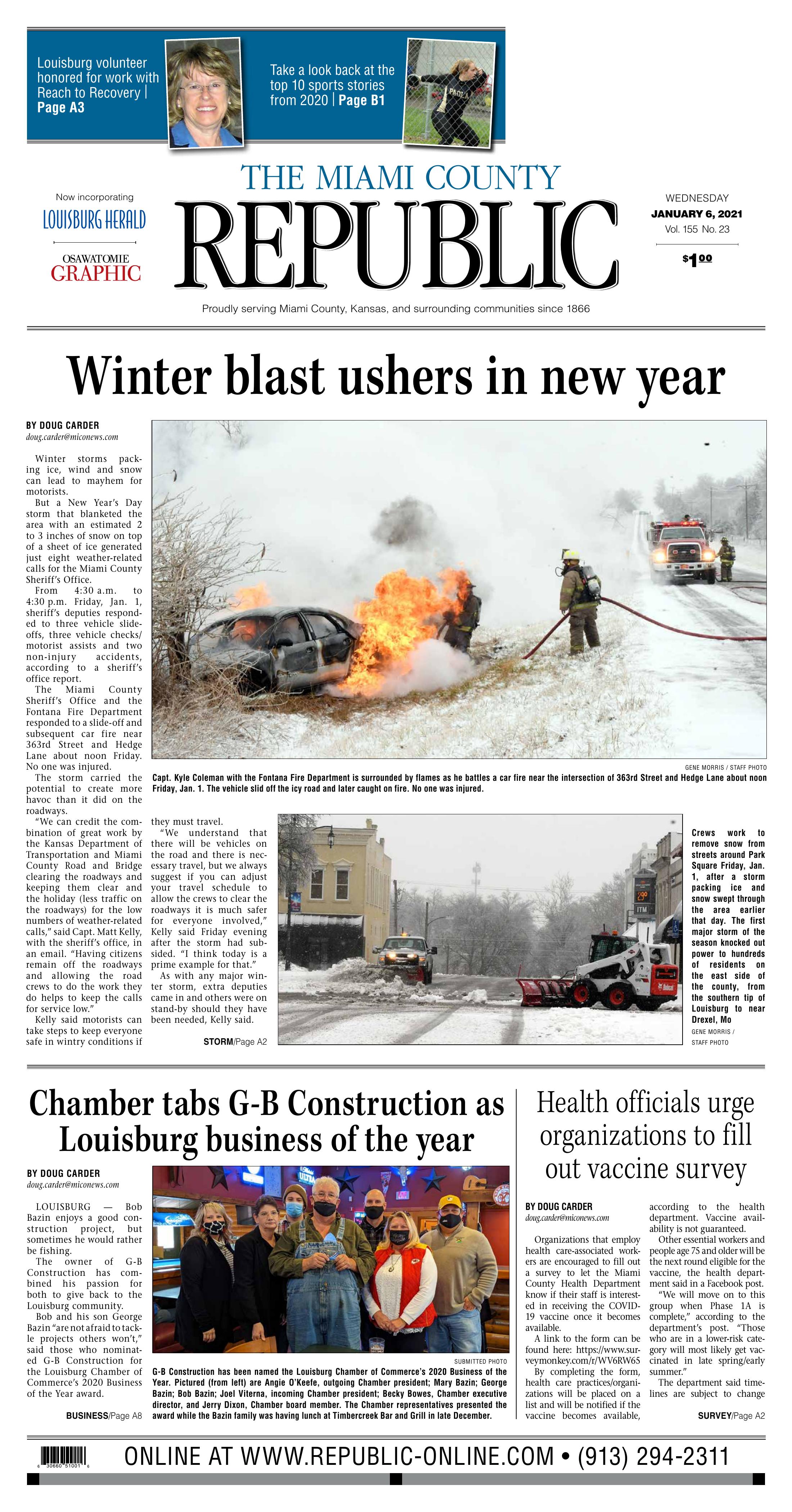 Capt. Kyle Coleman with the Fontana Fire Department is surrounded by flames as he battles a car fire near the intersection of 363rd Street and Hedge Lane about noon Friday, Jan. 1. The vehicle slid off the icy road and later caught on fire. No one was injured.

The Fontana Fire Department and Miami County Sheriff’s Office responded to a vehicle fire near the intersection of 363rd Street and Hedge Lane about noon Friday, Jan. 1. The vehicle had slid off the road earlier because of icy conditions. No one was injured.

Crews work to remove snow from streets around Park Square Friday, Jan. 1, after a storm packing ice and snow swept through the area earlier that day. The first major storm of the season knocked out power to hundreds of residents on the east side of the county, from the southern tip of Louisburg to near Drexel, Mo

Layton Moore of Paola puts a foot down to hit the breaks as he sleds toward a tree at Wallace Park on Saturday, Jan. 2. Moore was one of several area residents to take advantage of the snow-covered hill for some sledding over the weekend.

Winter storms packing ice, wind and snow can lead to mayhem for motorists.

But a New Year’s Day storm that blanketed the area with an estimated 2 to 3 inches of snow on top of a sheet of ice generated just eight weather-related calls for the Miami County Sheriff’s Office.

The Miami County Sheriff’s Office and the Fontana Fire Department responded to a slide-off and subsequent car fire near 363rd Street and Hedge Lane about noon Friday. No one was injured.

The storm carried the potential to create more havoc than it did on the roadways.

“We can credit the combination of great work by the Kansas Department of Transportation and Miami County Road and Bridge clearing the roadways and keeping them clear and the holiday (less traffic on the roadways) for the low numbers of weather-related calls,” said Capt. Matt Kelly, with the sheriff’s office, in an email. “Having citizens remain off the roadways and allowing the road crews to do the work they do helps to keep the calls for service low.”

Kelly said motorists can take steps to keep everyone safe in wintry conditions if they must travel.

“We understand that there will be vehicles on the road and there is necessary travel, but we always suggest if you can adjust your travel schedule to allow the crews to clear the roadways it is much safer for everyone involved,” Kelly said Friday evening after the storm had subsided. “I think today is a prime example for that.”

As with any major winter storm, extra deputies came in and others were on stand-by should they have been needed, Kelly said.

While the roads were relatively quiet, hundreds of Miami County residents awakened New Year’s Day to find they had no electricity.

A power outage reported about 7 a.m. Friday left 865 customers without power, from the southern tip of Louisburg to 359th Street at Drexel, Mo. The outage spread west to near Somerset Road and east into Cass County, Mo., according to Evergy’s power outage map.

Other smaller power outages were scattered across Miami and Linn counties. About 255 customers were without electricity in the La Cygne area early Friday, according to Evergy.

A light snow continued to fall Friday morning while Evergy crews worked to fix the outages. Evergy had restored power to most of the affected customers between Louisburg and Drexel by 9:15 a.m. Friday.

Most Louisburg residents did not lose power, though a few homes near the entrance to the City Lake subdivision were without electricity, according to reports.

The Evergy map showed only five of the original 865 affected customers remained without power as of 11 a.m. Friday.

LOUISBURG — Bob Bazin enjoys a good construction project, but sometimes he would rather be fishing.

The owner of G-B Construction has combined his passion for both to give back to the Louisburg community.

Bob and his son George Bazin “are not afraid to tackle projects others won’t,” said those who nominated G-B Construction for the Louisburg Chamber of Commerce’s 2020 Business of the Year award.

“G-B Construction has consistently and quietly given to area organizations and charities, even when business was not thriving during the 2008-2011 down turn,” said those who nominated G-B Construction. “G-B’s investment and improvements to failing properties has greatly improved the appearance of Louisburg. G-B Construction also employs a large number of local residents.”

Bob Bazin started in the construction business about 1978, and his company has completed a number of public and private construction projects in Louisburg, Gardner, Lenexa, Overland Park and other cities throughout the metro area.

Bazin said a project that was challenging but also is one of his favorites was serving as the contractor for the revitalization of Louisburg’s downtown business district. The streets, sidewalks and other infrastructure improvements have drawn praise for making the downtown area more attractive to residents and visitors — complete with a gateway arch at the intersection of Amity and Broadway streets.

A ribbon-cutting to dedicate the completed project took place in May 2018.

“It was a design-build project. It was probably one of the more challenging projects we’ve done, just because we had to design it. Normally, we don’t design the projects we just build them,” Bazin said. “We worked with an architect, Renaissance Infrastructure Consulting, to design it, and I met with every business owner. We tried to address every concern they had.”

Bazin said another challenge during construction was making sure businesses were accessible to their customers.

“We had to make sure the public had access to their buildings during the project,” he said. “There’s a lot of things to juggle and try to keep everybody happy.”

He thinks most business owners and residents were pleased with the end result.

“I thought the project came out real nice,” Bazin said.

“That was something George wanted to do,” Bazin said of his son’s project. “I think it’s getting a lot of use, now that more people know it’s out there.”

An avid fisherman himself, Bob said his favorite volunteer project is the community’s fishing derby — an annual event he has been involved with for about 25 years. He is one of the derby’s main sponsors and organizers.

The fishing derby, normally held on Father’s Day weekend, has attracted as many as 400 participants in the past, though numbers have been down of late as more activities compete for kids’ time, he said.

“I love to get young people involved in fishing,” he said. “I truly love fishing, and I don’t get to do that much anymore.”

Bazin’s love of fishing dates back to an early age. At the age of 10, he started his own business building fishing rods and lures. His business grew through word of mouth and he began selling his rods and lures to some larger buyers.

“I sold the business went I was 18 and went off to college,” Bazin said. “It paid for my college.”

Bazin, who also serves on the Louisburg Park Board, said a lot of people volunteer in the community by donating their time and services. He appreciates the Chamber’s business award, but said he was not expecting to receive an award when he went to Timbercreek for lunch that day.

“They got me good on that one,” Bazin said. “I don’t get surprised too often. Believe me.” 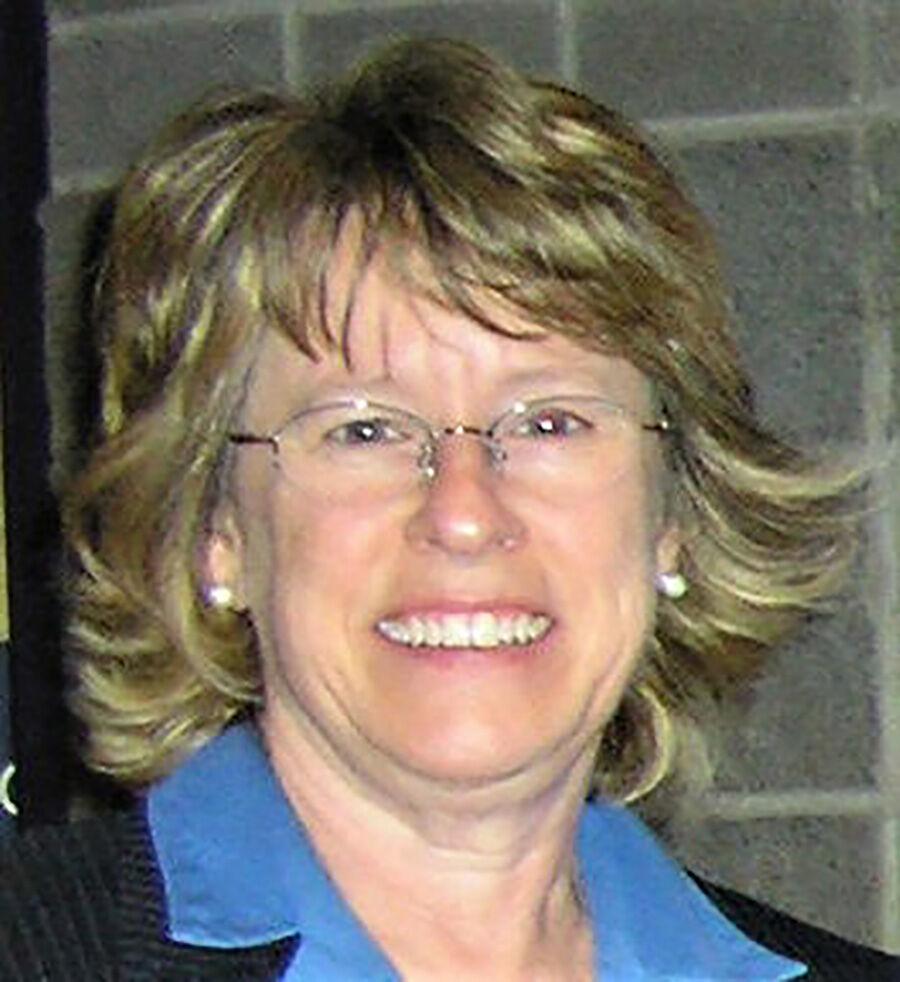 Organizations that employ health care-associated workers are encouraged to fill out a survey to let the Miami County Health Department know if their staff is interested in receiving the COVID-19 vaccine once it becomes available.

A link to the form can be found here: https://www.surveymonkey.com/r/WV6RW65

By completing the form, health care practices/organizations will be placed on a list and will be notified if the vaccine becomes available, according to the health department. Vaccine availability is not guaranteed.

Other essential workers and people age 75 and older will be the next round eligible for the vaccine, the health department said in a Facebook post.

“We will move on to this group when Phase 1A is complete,” according to the department’s post. “Those who are in a lower-risk category will most likely get vaccinated in late spring/early summer.”

The department said timelines are subject to change and will depend on vaccine availability from the federal government.

“We will post announcements on our social media site as we move through the different groups eligible for the vaccine,” the health department said. “There is no list for the general public to sign up to get the vaccine at this time.” 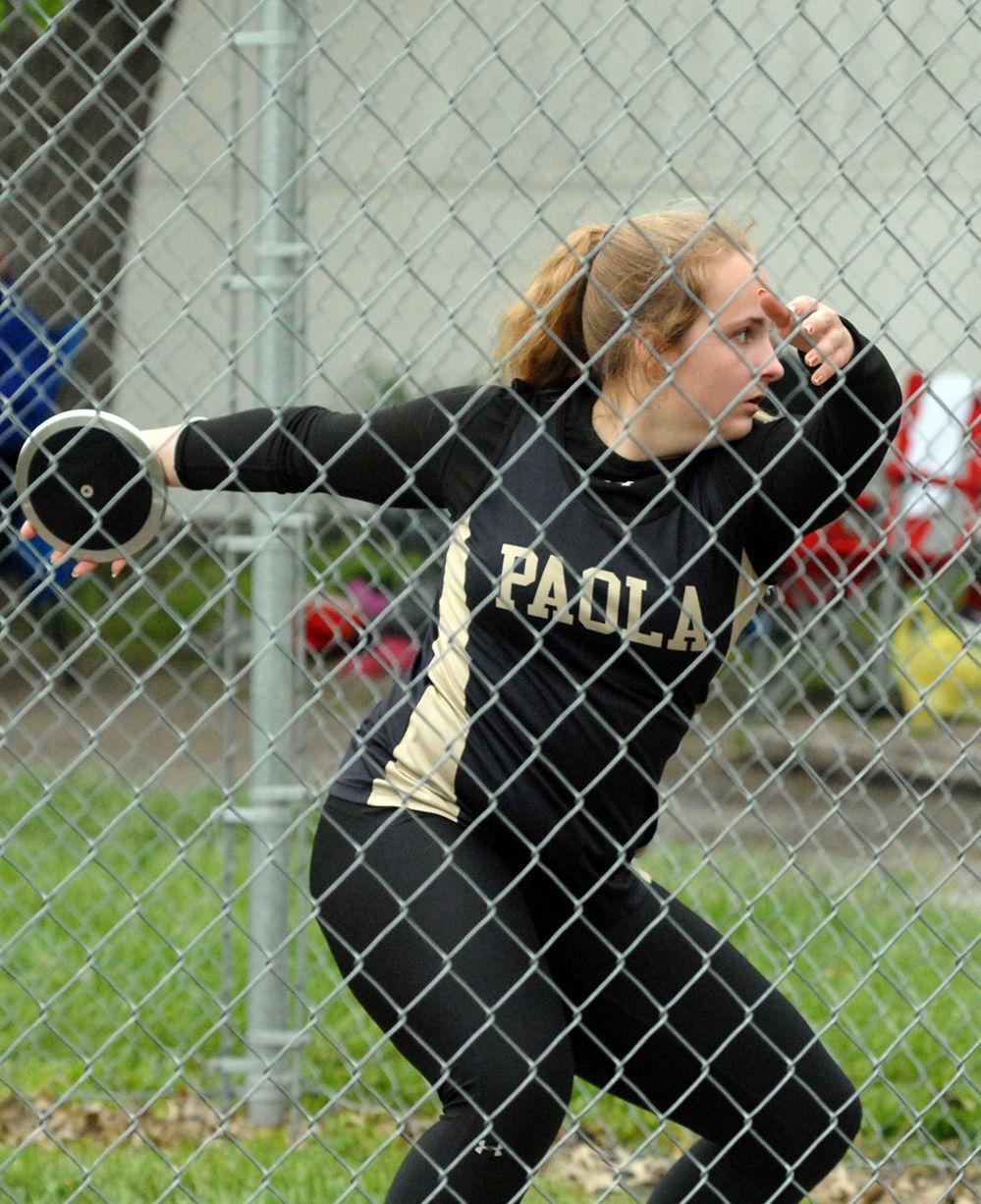 McKenzie Gagnebin, a member of the Paola High School Class of 2020, never got to compete at state track her senior season due to COVID-19.