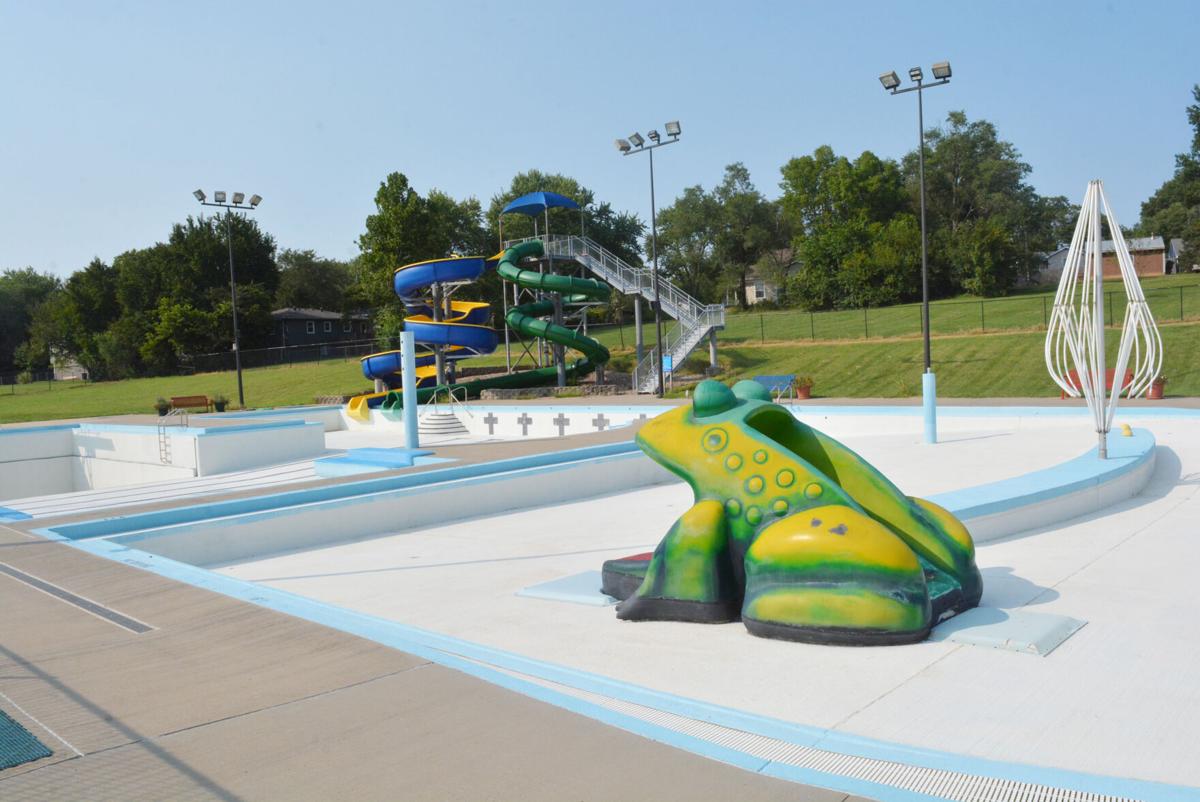 Improving the Paola Family Pool is one of the things Paola city officials have expressed a desire to do using half-cent sales tax revenue. 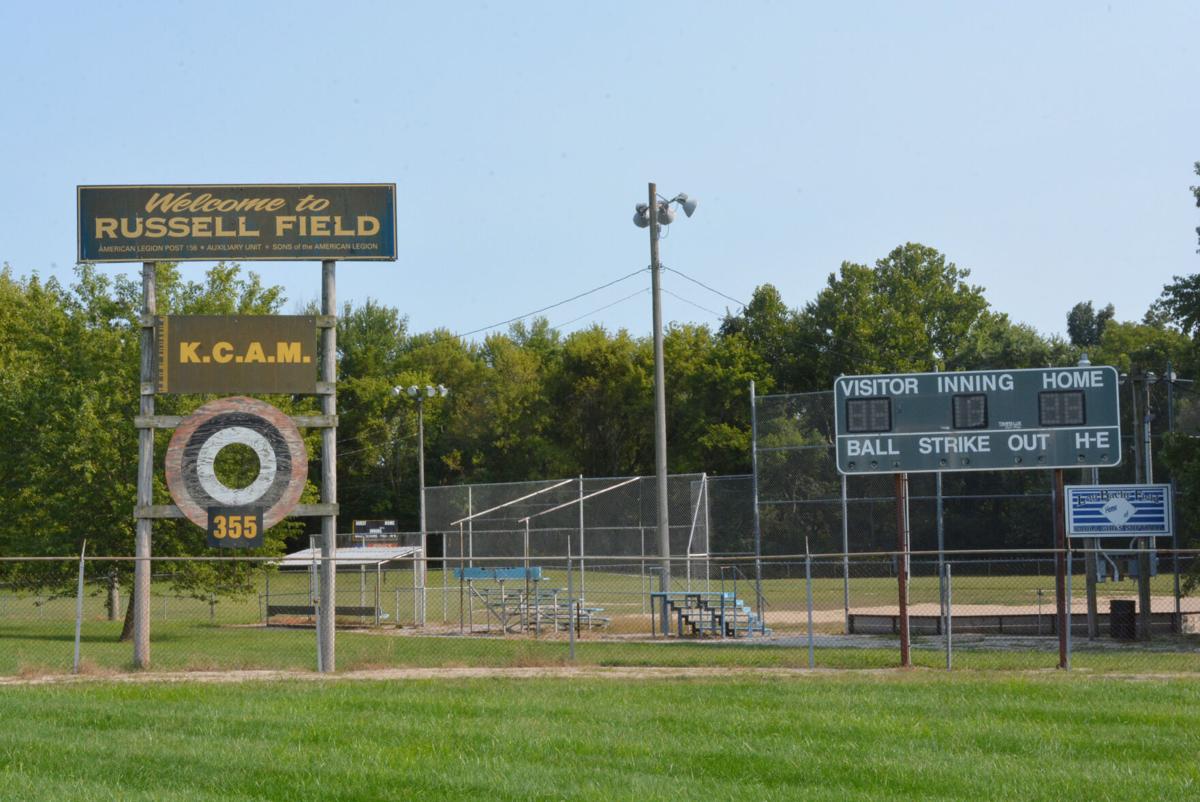 The ballfields at Wallace Park could be revitalized using half-cent sales tax revenue, or a new sports complex could be built at a new location. 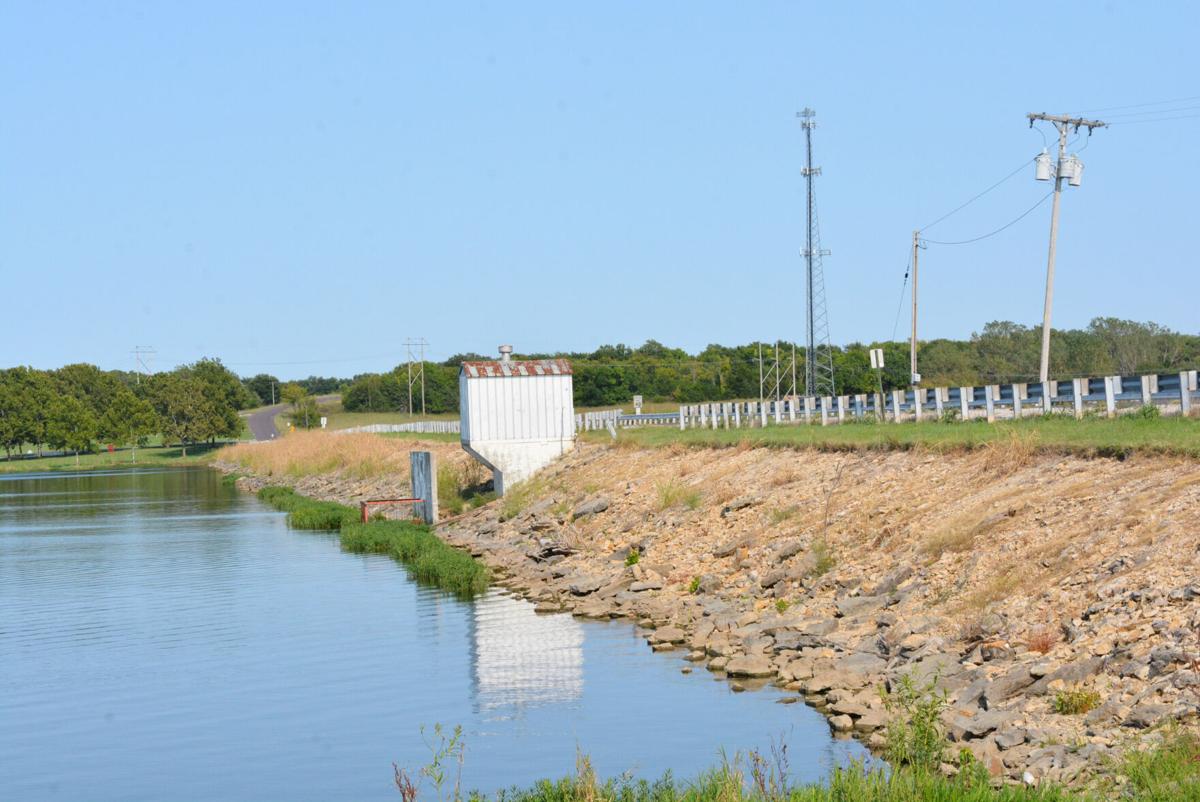 Paola city officials say the Lake Miola dam needs to be stabilized, and the project could cost about $1 million.

Improving the Paola Family Pool is one of the things Paola city officials have expressed a desire to do using half-cent sales tax revenue.

The ballfields at Wallace Park could be revitalized using half-cent sales tax revenue, or a new sports complex could be built at a new location.

Paola city officials say the Lake Miola dam needs to be stabilized, and the project could cost about $1 million.

PAOLA — Paola city leaders have had no problem coming up with a list of projects that could be funded by the half-cent sales tax voters approved in 2019, but paring that list down is proving more difficult.

Should they spend more than $7 million building a new sports complex at Wallace Park or another location?

Should they spend $1 million repairing the Lake Miola dam?

Should they spend $2.6 million on a variety of upgrades and additions to the Paola Family Pool?

Should they spend an extra $3 million to add a lazy river to the pool?

Should they designate money for other city park improvements, such as a disc golf course, ADA-accessible playground, trail expansions, improved restrooms and shelter updates?

And that’s not to mention the streets, which have been the beneficiaries of a portion of the half-cent sales tax revenue in the past.

Paola City Council members and other city officials dived into the budget planning process for the half-cent sales tax revenue during a work session Tuesday, Sept. 7, at the Paola Fire Station.

In November 2019, 75 percent of Paola voters agreed to renew the half-cent sales tax to help fund the Paola Family Pool, parks and streets. Exact projects and how the revenue would be divided up was not initially determined.

The tax has already made a big impact on the Paola community for more than two decades.

In 1996, Paola voters approved the half-cent sales tax to fund the construction and operation of the pool and generate revenue to establish a pool reserve fund. By the time the 10-year sales tax first came up for renewal in 2005, that reserve fund had grown to a sizable amount, so city leaders focused on needed improvements to city buildings, as well as streets and parking lots.

Voters supported the tax once again, and it was renewed in 2005 to fund the construction and renovation of four city buildings — the Paola Justice Center, Paola Community Center, Paola City Hall and Paola Free Library.

All revenue that was collected above and beyond what was allotted for the projects went toward improving city streets and parking lots.

The tax’s official renewal period was from 2006 to 2021, as it was approved by voters as a 15-year renewal. Now that it has been renewed again, the new 15-year term will begin once the existing tax expires at the end of September.

Paola City Manager Sid Fleming told City Council members during the Sept. 7 work session that the half-cent sales tax is projected to generate between $12 and $14 million during the next 15 years.

He also said certain expenses are necessities, such as the $150,000 annual cost to operate the Paola Family Pool, so that will need to be funded by the sales tax revenue regardless of what additional projects are chosen.

Excluding the pool’s operational cost, Fleming said the city of Paola could issue up to $10 million in bonds to tackle projects related to the pool, parks and streets, and pay off the debt using sales tax revenue, according to information provided by the city’s financial adviser.

There would also be a $1.6 million financing cost to issue a $10 million bond series, Fleming said, so the total cost of the initiative would be around $11.6 million.

Other funding options discussed included pay as you go, seeking grants or sponsorships, and organizing a capital campaign for a big-ticket item like a lazy river at the Paola Family Pool. Fleming said the lazy river was by far the most popular wish list item selected by residents during a recent community engagement exercise, but it carries a price tag of about $3 million, which is more than all of the other proposed pool improvements combined.

Other projects that Fleming said could be considered necessities are compliancy and efficiency upgrades to the Paola Family Pool that account for about 26 percent of the $2.6 million in proposed pool improvements, and stabilization of the Lake Miola dam that is estimated to cost between $750,000 and $1 million.

After that, the council members have some decisions to make.

“We have a lot more costs than what we have funding,” Fleming said.

The other big-ticket project is improvements to the city-owned ballparks, either at the existing location in Wallace Park or at a new site. Paola Youth Sports representatives Justin Smail and Scott Golubski attended the work session, and Justin Smail reminded the city officials that he believes a majority of the people who voted to renew the sales tax did so because they believed they were getting a new sports complex.

Council member Trent Upshaw pointed out that the ballot question only talked about the pool, parks and streets, although he said he is not opposed to the ballparks, and the council members have previously agreed that something needs to be done to improve them.

“I’m just trying to remind you guys how you got it passed,” Justin Smail said. “I don’t want it to end up where it become an afterthought.”

According to Fleming’s presentation, the estimated cost to improve the ballfields at Wallace Park is $7,070,446, which includes about $1.4 million in site preparation, $3.6 million in sports fields, $49,000 in landscaping and $398,000 in sport field add-ons for concessions, restrooms and batting cages.

The estimated cost to build a new sports complex at a different site was similar, coming in at $7,529,345. That does not include land costs, according to the presentation.

Fleming acknowledged that those estimates could be high, but it gives the city a conservative number to work with.

Council member LeAnne Shields said she thinks the voters deserve to know where the ballfields are going to be located before they go to the polls in November to vote on a proposed Paola recreation commission, which is a joint venture between the city and Paola USD 368.

The other council members pointed out that the recreation commission is a separate issue, as it would oversee a variety of sports. Shields said she realizes that, but she thinks the average voter will link it with the ballfields.

“If I’m going to vote on something in November, I want to know where the baseball fields are going to be,” Shields said.

The other council members agreed that finalizing a site for the ballfields should be a priority. It was mentioned that three potential sites have been discussed in executive session, but the locations have not been made public.

Fleming said the main focus of the work session is looking at the cost of the projects and finding ways to prioritize them. He introduced a tool to do just that, and he said the interactive activity likely will be live soon on the city’s website so residents can use it too.

The tool shows the user the pool of sales tax revenue and then allows the user to select different projects to see how many they can choose before exceeding the revenue.

Council member Leigh House suggested that she and her fellow council members use the tool themselves and then compare which projects they prioritized at an upcoming meeting.

Fleming said he also could schedule a tour of city parks if council members wanted check out the current condition of the amenities in person.

No official decision was made at the work session.