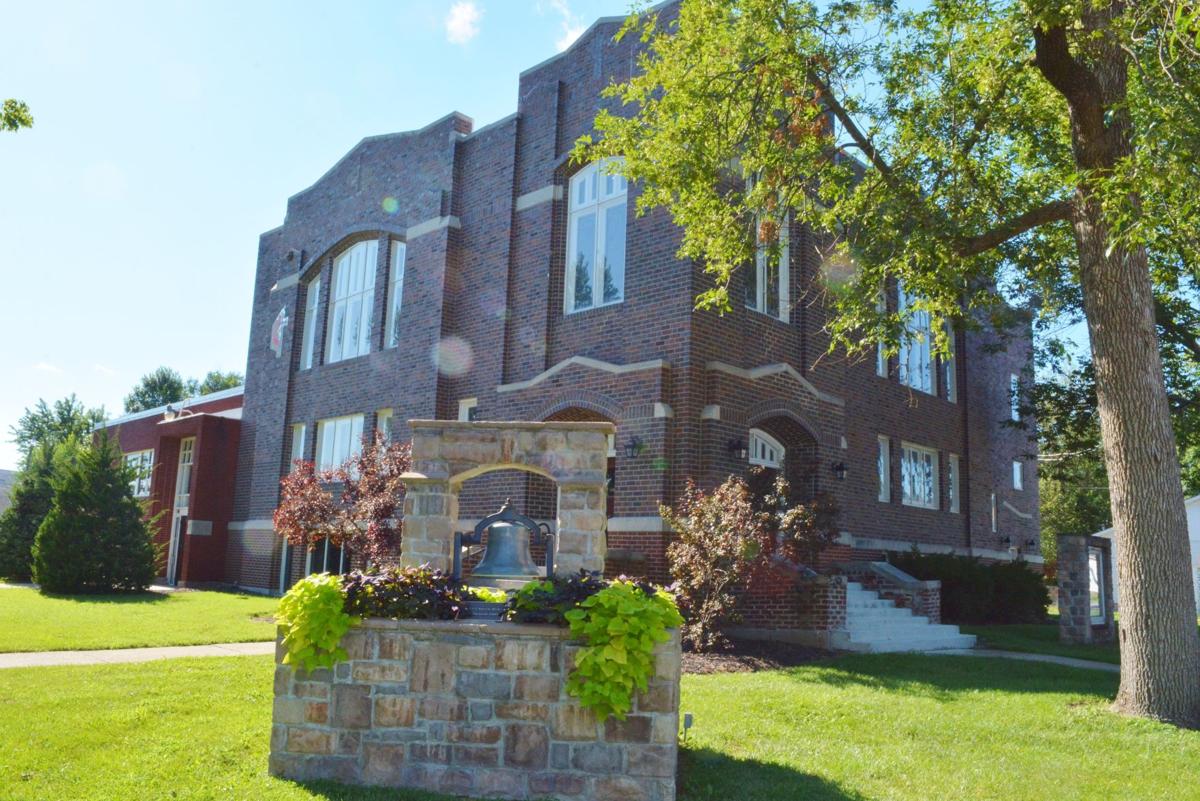 The United Methodist Church at the corner of Fifth and Pacific streets in Osawatomie stands as a community landmark. The congregation will celebrate the church’s 165th anniversary Sept. 15. 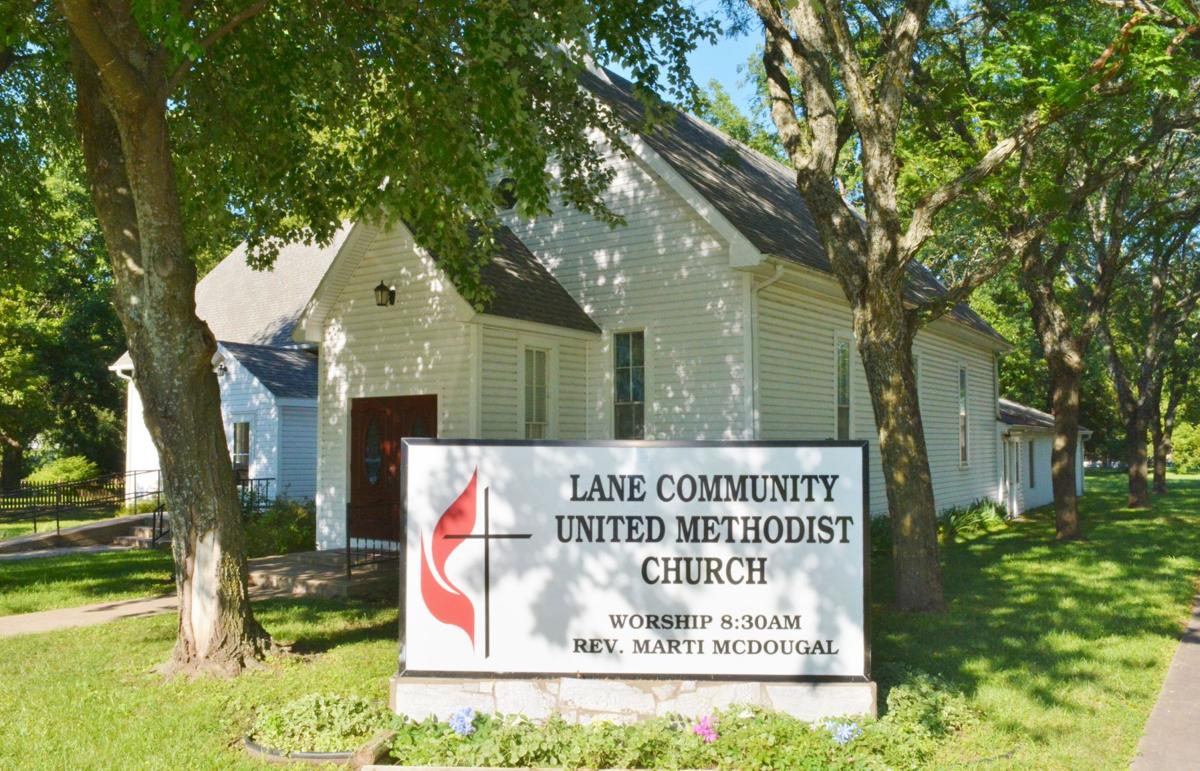 The United Methodist Church in Lane will celebrate its 135th anniversary on Sunday, Aug. 18. The church is located at the corner of Fifth and Oak streets. 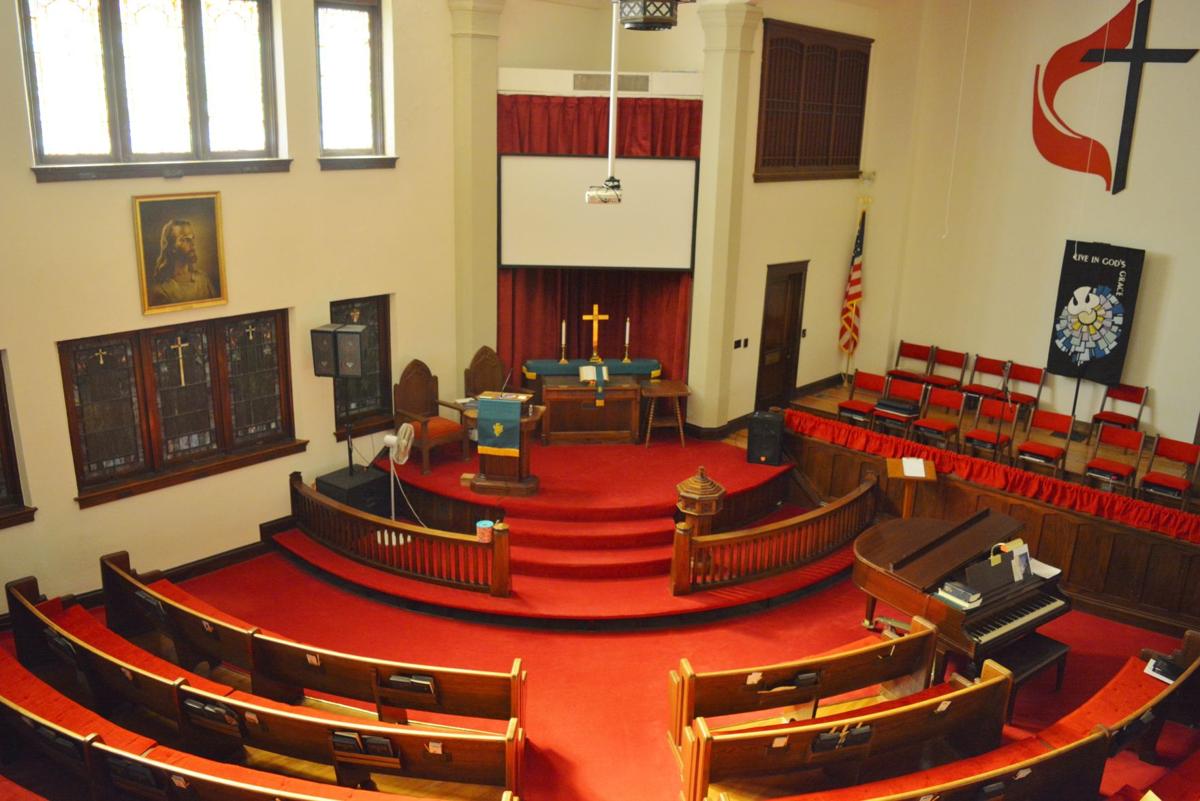 The expansive sanctuary at the United Methodist Church in Osawatomie will be the site of a special 165th anniversary service Sept. 15.

The United Methodist Church at the corner of Fifth and Pacific streets in Osawatomie stands as a community landmark. The congregation will celebrate the church’s 165th anniversary Sept. 15.

The United Methodist Church in Lane will celebrate its 135th anniversary on Sunday, Aug. 18. The church is located at the corner of Fifth and Oak streets.

The expansive sanctuary at the United Methodist Church in Osawatomie will be the site of a special 165th anniversary service Sept. 15.

OSAWATOMIE — The Rev. Marti McDougal is preparing for two milestones in the coming days.

The pastor of the United Methodist churches in Osawatomie and Lane will be officiating at both churches’ anniversary celebrations.

The Lane celebration on Sunday will start with a fellowship coffee at 7:45 a.m., followed by the worship service at 8:30 a.m., at which time McDougal plans to recognize any former pastors or other visitors. The service will be followed by a 10 a.m. brunch.

The present church site at the corner of Fifth and Oak streets in Lane was deeded to the trustees of the Lane Methodists on Dec. 5, 1883, by “W.A. Wasson and wife” for $25. The church was built in 1884.

The Osawatomie church, which was founded in 1854, moved to its current location at Fifth and Pacific streets in 1882, with the dedication taking place Dec. 12. The population of the community was 300 at the time.

According to a church document, the large brass bell on the original church was purchased with proceeds from the sale of pictures of John Brown in the latter 1870s.

“One of which was bought by the wife of the President of the United States. Mrs. Rutherford B. Hayes,” according to the document. “She paid ten dollars for the picture.”

Both churches can trace their origins to mission work in the mid-1800s.

“Both of them were really missions to the native people, the indigenous folks in this area,” McDougal said.

The pastor said both churches’ ministry outside the church walls remains just as important today.

McDougal said the first food pantry in Osawatomie was located in the United Methodist Church.

Though the food pantry moved to a new site after outgrowing its space, the church still maintains an emergency clothes closet for people who have been displaced by a house fire, domestic abuse or other circumstances, McDougal said.

“The emergency clothes closet downstairs has blankets, socks, clothes, even just simple clothes to get them through the night if they had to leave in a hurry,” she said.

The church provided hygiene kits for a recent Serving Our Students event at Trojan Elementary in Osawatomie as part of a communitywide effort sponsored by the Osawatomie Rotary Club that helped more than 270 students.

Youths and accompanying adults from the Osawatomie church made a mission trip to Oklahoma City to benefit homeless mothers and their babies.

“The youth trip to Oklahoma City was good for the kids to go on and adults with us too,” McDougal said. “The group that we worked for had bought a home to turn into transitional women’s housing, as a place for moms with babies and small children to stay for a few months. A mom doesn’t want to take a newborn into a homeless shelter.”

Outreach is also very important at the Lane church.

“Lane has a kids’ program on Wednesday afternoons that has been around for 30 or more years now,” McDougal said. “They provide a short lesson and a short time for learning sign language, music, snacks and sometimes games and activities. It’s a really important program in the church. They might get 25 or 26 kids or one. They offer the same for one child as they do for the 26 or anything in-between.”

The program’s importance was reinforced at the recent Lane parade, McDougal said.

“We had a float in the parade, and people that no longer live in Lane came up to us and talked about going to the afterschool program when they were kids. ‘You guys practically raised me in kids club,’” she said.

The pastor said one unique feature at the Osawatomie church is that its chimes ring on the hour to correspond with the time of day and then once on the half hour. Hymns begin playing later in the day.

“People tell me when it’s real quiet they hear it, clear out miles away,” she said. “People who left town or have moved into the country tell me they miss it.”

McDougal, who has served both churches for seven years, said both congregations have been very supportive of her.

McDougal said both churches are supportive of pastoral leadership.

“Both churches are very community-minded and fellowship-minded,” she said. “They are very supportive of involvement in the community. And they’re not afraid to be part of it.”