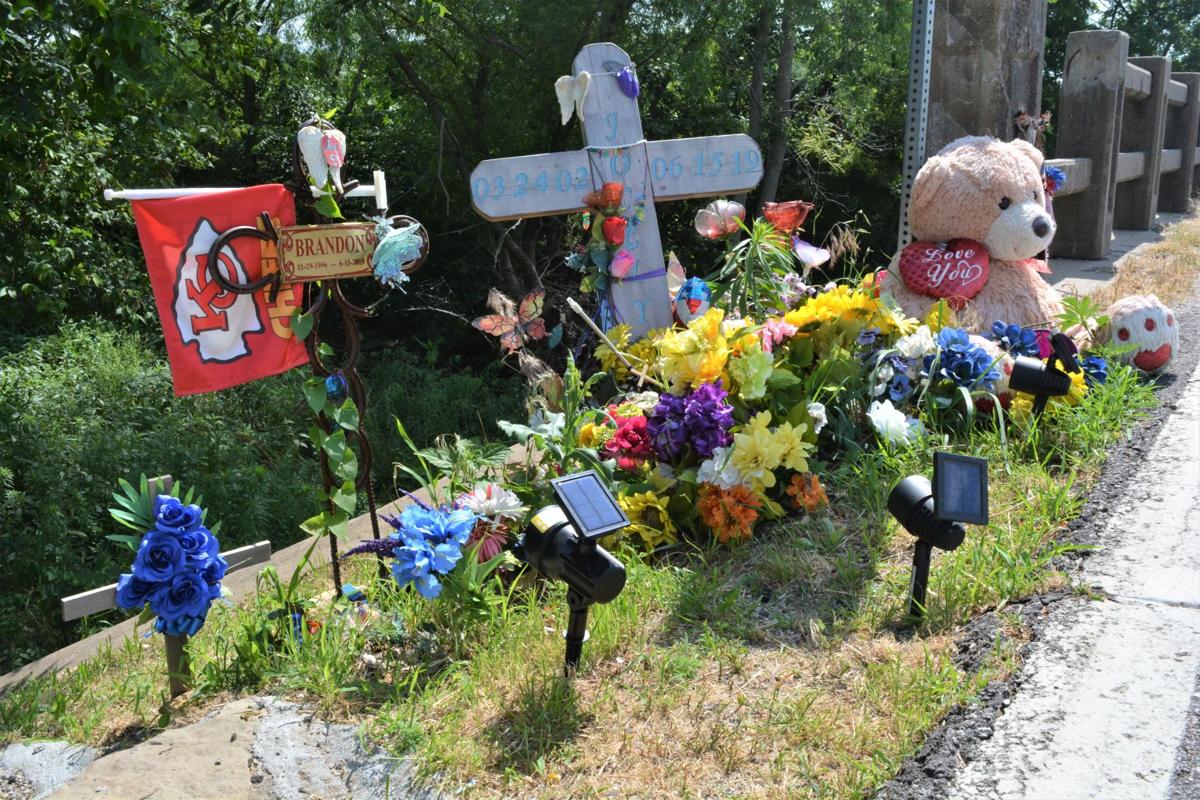 A memorial for Brandon Guilfoyle-Pace and Jocelyn Razo has been erected at the site of the accident that took their lives one year ago on 287th Street just north of Lake Miola. The driver of the vehicle, Kelsey Lester, is now facing charges in connection with the wreck. 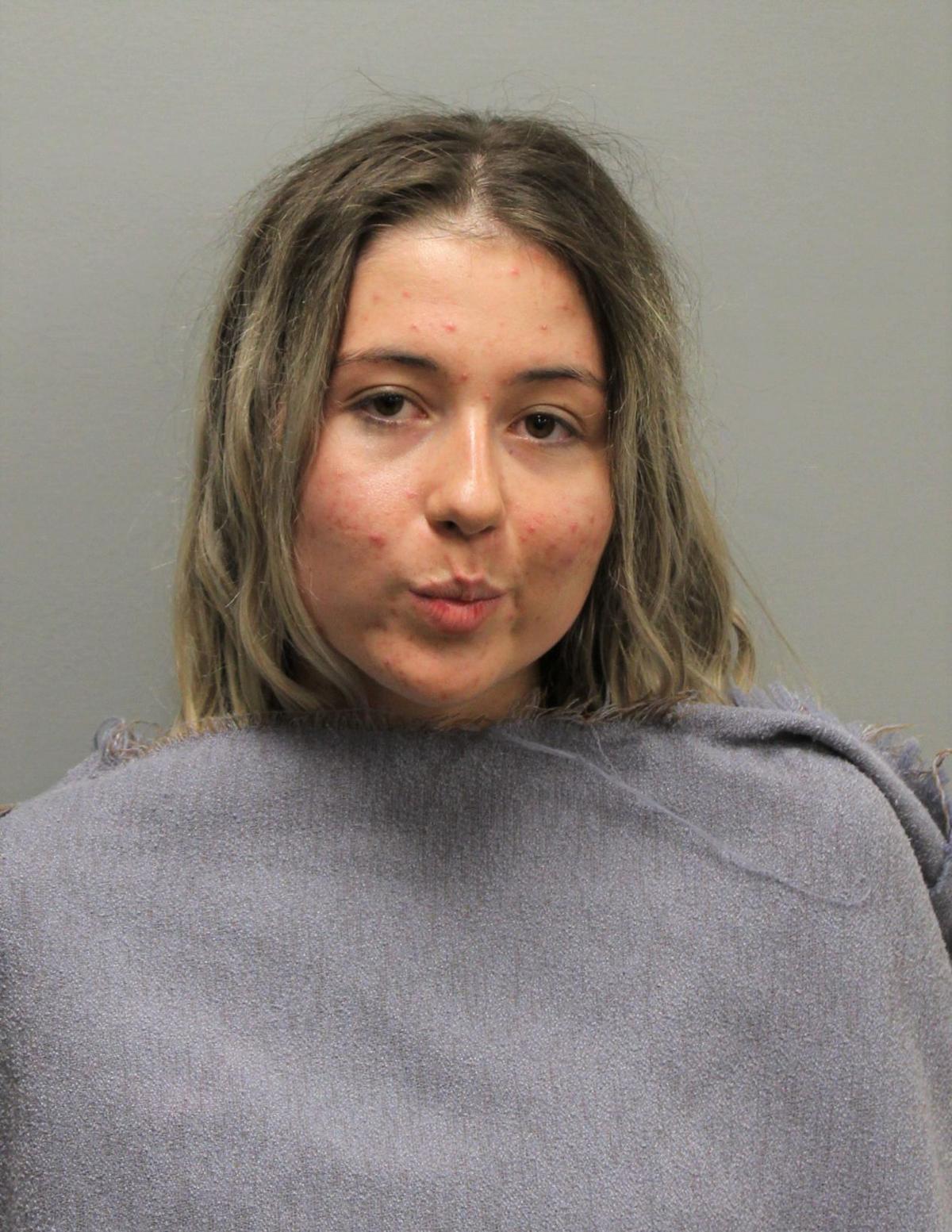 PAOLA — One year after a one-vehicle accident just north of Lake Miola took the lives of two young people, the teenage driver has been charged in connection with the incident.

Lester, who is formerly of Paola but was most recently living in Olathe, has been charged with two counts of involuntary manslaughter while under the influence of alcohol or drugs, as well as a charge of interference with a law enforcement officer; conceal/alter/destroy evidence in a felony.

Lester, who was 18 when the fatal accident took place Saturday, June 15, 2019, was driving a 2008 Chevrolet HHR west on 287th Street north of Lake Miola when it left the roadway and struck a bridge pillar, according to a Miami County Sheriff’s Office news release.

Lester and another passenger were injured in the crash and taken to an area hospital in critical condition. The other two occupants, Brandon Guilfoyle-Pace, 22, of Greeley and Jocelyn Razo, 17, of Osawatomie were pronounced dead at the scene, according to the release.

Lester would later post on Facebook that she lost her “best friend” and “love of my life” in the accident.

The two manslaughter charges while under the influence of alcohol or drugs also include alternative charges of involuntary manslaughter, reckless; and vehicular homicide.

According to court documents outlining the charges, Lester is accused of unintentionally killing two people “while operating a motor vehicle under the influence of a drug or combination of drugs to a degree that rendered the defendant incapable of safely driving a vehicle”

She also is accused of concealing, destroying or materially altering evidence with the intent to prevent or hinder the apprehension or prosecution of a person.

The two primary involuntary manslaughter charges are level four felonies punishable by 38 to 172 months in prison and a possible fine not to exceed $300,000.

The alternative involuntary manslaughter, reckless charge is a level five felony punishable by 31 to 136 months in prison and a possible fine not to exceed $300,000.

The alternative vehicular homicide charge is a Class A misdemeanor punishable by up to one year in the county jail and a possible fine not to exceed $2,500.

The primary interference with a law enforcement officer in a felony case charge is a level eight felony punishable by seven to 23 months in prison and a possible fine not to exceed $100,000.

The alternative interference with a law enforcement officer in a misdemeanor case charge is a Class A misdemeanor punishable by up to one year in the county jail and a possible fine not to exceed $2,500.

The motion, which was filed in Miami County District Court on June 17, states that Lester is not an immediate danger to the community and points out that the prosecution waited a year to take her into custody.

The motion also states that Lester has a support network of multiple family members in Paola, and the court could ensure she is not using alcohol or drugs by conducting random drug testing, forcing her to wear a sweat patch or utilizing a mobile breath test machine.

The motion also states that, once the warrant was issued, Lester turned herself into authorities after attending a prescheduled appointment with a cardiologist. Lester also is set to undergo an echocardiogram and wear a heart monitor to try and determine the source of an irregular heartbeat.

The defense cited all of that information as reasons why Lester’s bond should be reduced.

“Paying a bond of $100,000 will not make it more likely that Ms. Lester will appear in court or protect the community,” the motion states.

Lester is being represent- ed by Carl Folsom III of Lawrence. Folsom recently was selected by Gov. Laura Kelly to fill a vacancy on the Kansas Court of Appeals, but the nomination did not receive the necessary votes in the Kansas Senate.