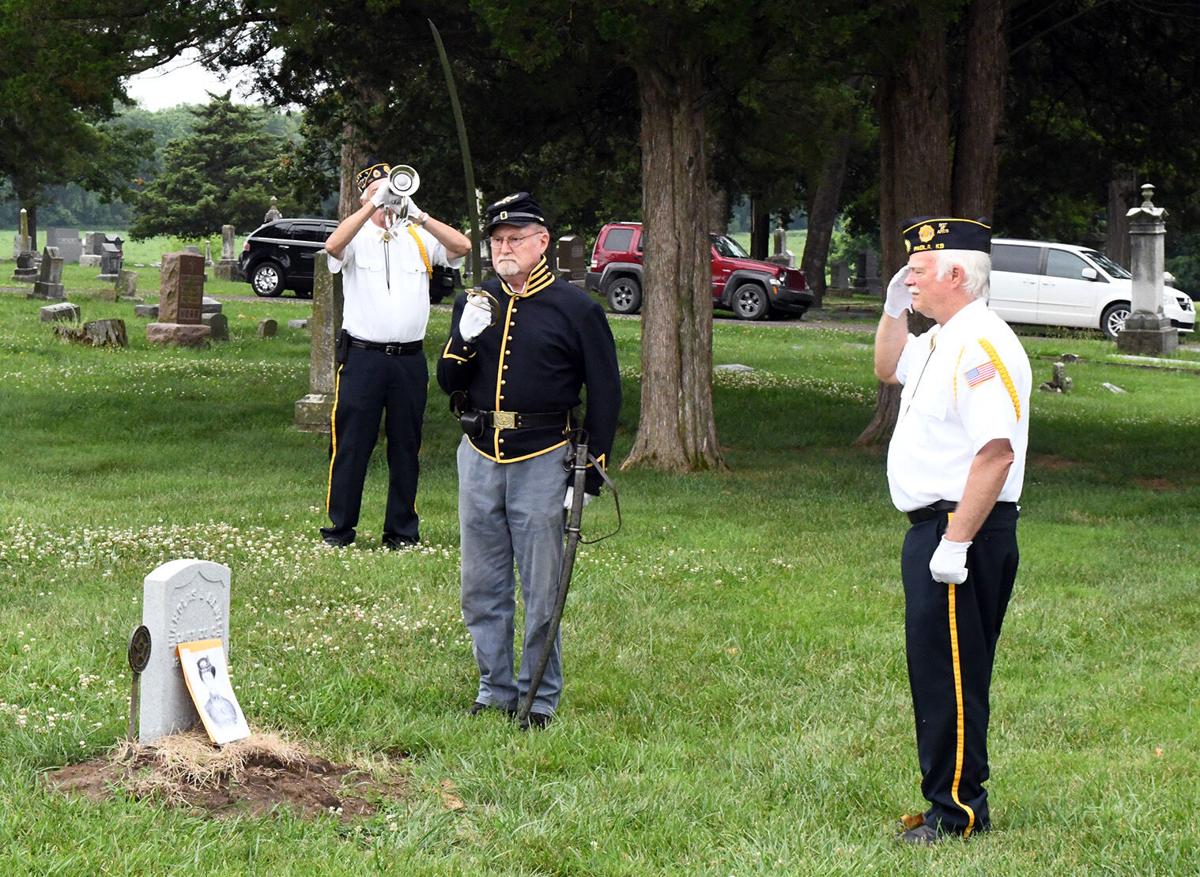 Civil War reenactor Lewis Case stands at attention with Pete Bell of the American Legion as Dale Prothe plays taps during a rededication ceremony for a grave marker for Capt. Nick Beuter on July 4. Beuter was a Union officer from Miami County. 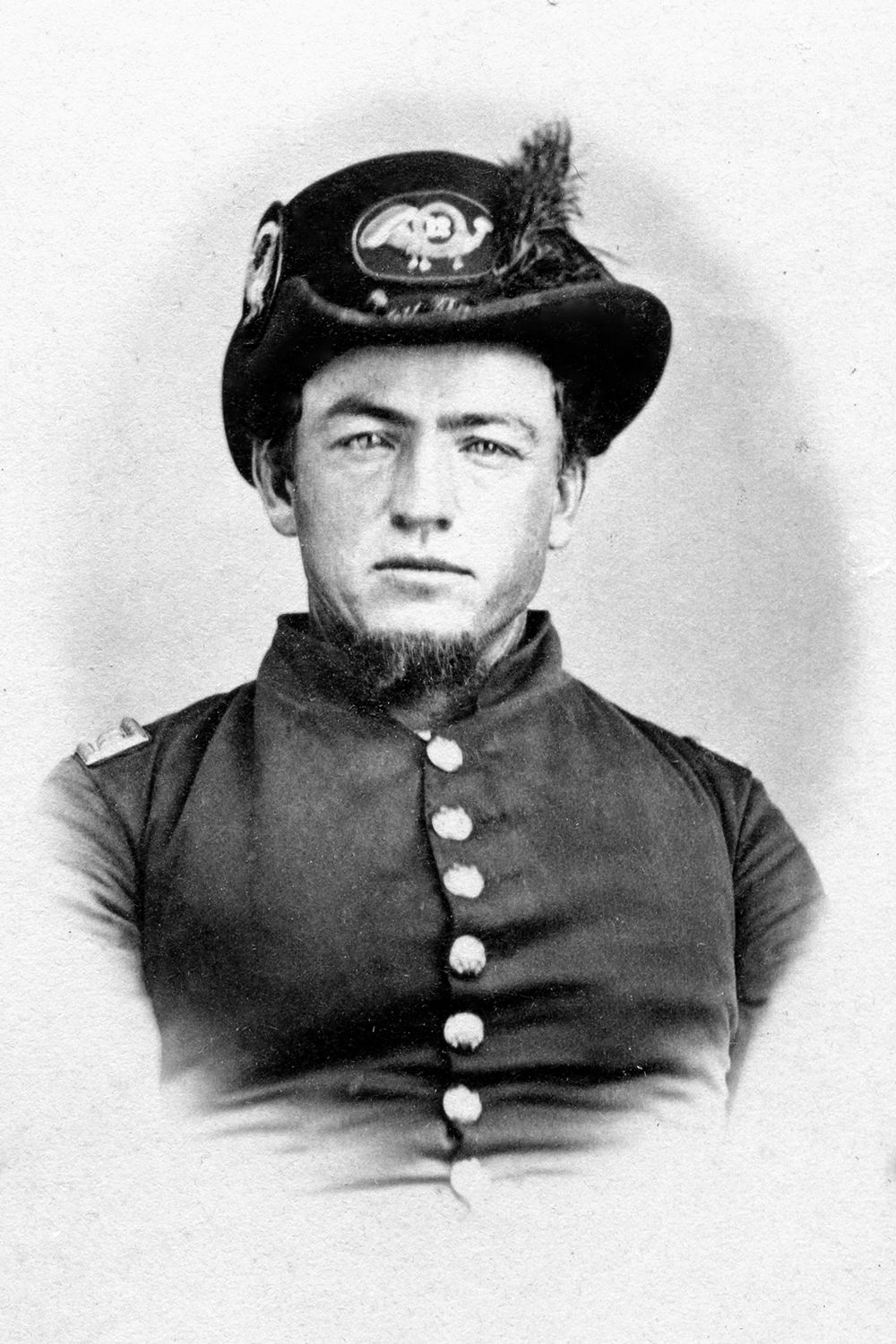 Civil War reenactor Lewis Case stands at attention with Pete Bell of the American Legion as Dale Prothe plays taps during a rededication ceremony for a grave marker for Capt. Nick Beuter on July 4. Beuter was a Union officer from Miami County.

Capt. Beuter, a Union officer from Miami County, was assassinated by Union soldiers whom he caught stealing a horse in Arkansas.

Capt. Beuter was buried 23 years at the site of the crime before fellow soldier T.J. Haughey retrieved his body and brought it to Paola, where it was buried with full honors, according to a news release.

American Legion Post 156 of Paola has obtained and erected a new marker with the help of the city, as the old one was badly weathered and broken.

All the research for this project was done by local historian Jim Bousman, according to the release.

The public was invited to the ceremony, which included Capt. Beuter’s history, a rifle salute, Taps, and a salute by Legion member and Civil War reenactor Lewis Case.

“The Twelfth Regiment of Infantry was mustered in Paola, Sept. 30, 1862, and mustered out at Little Rock, Ark., in July of 1865,” said Pete Bell of the American Legion. “Nick L. Beuter of Paola was chosen as captain of Company C, which numbered 101 men.”

On the night of April 2, 1864, Nick Beuter was ambushed and killed by Union Army thieves because he threatened them with court martial for stealing a horse, Bell said. The murderers were not from Paola’s Company C, but another brigade he had been temporarily charged with.

Beuter was buried in Hot Springs, Ark. Fellow officer T.J. Haughey marked the spot, according to Bousman’s research. Haughey went back to the grave site 23 years later and had the remains moved to the family plot in the Paola Cemetery.

“Capt. Beuter was well known and respected in Miami County and few thought they would ever have the privilege of having the remains of their old comrade resting at his old home,” Bell said.