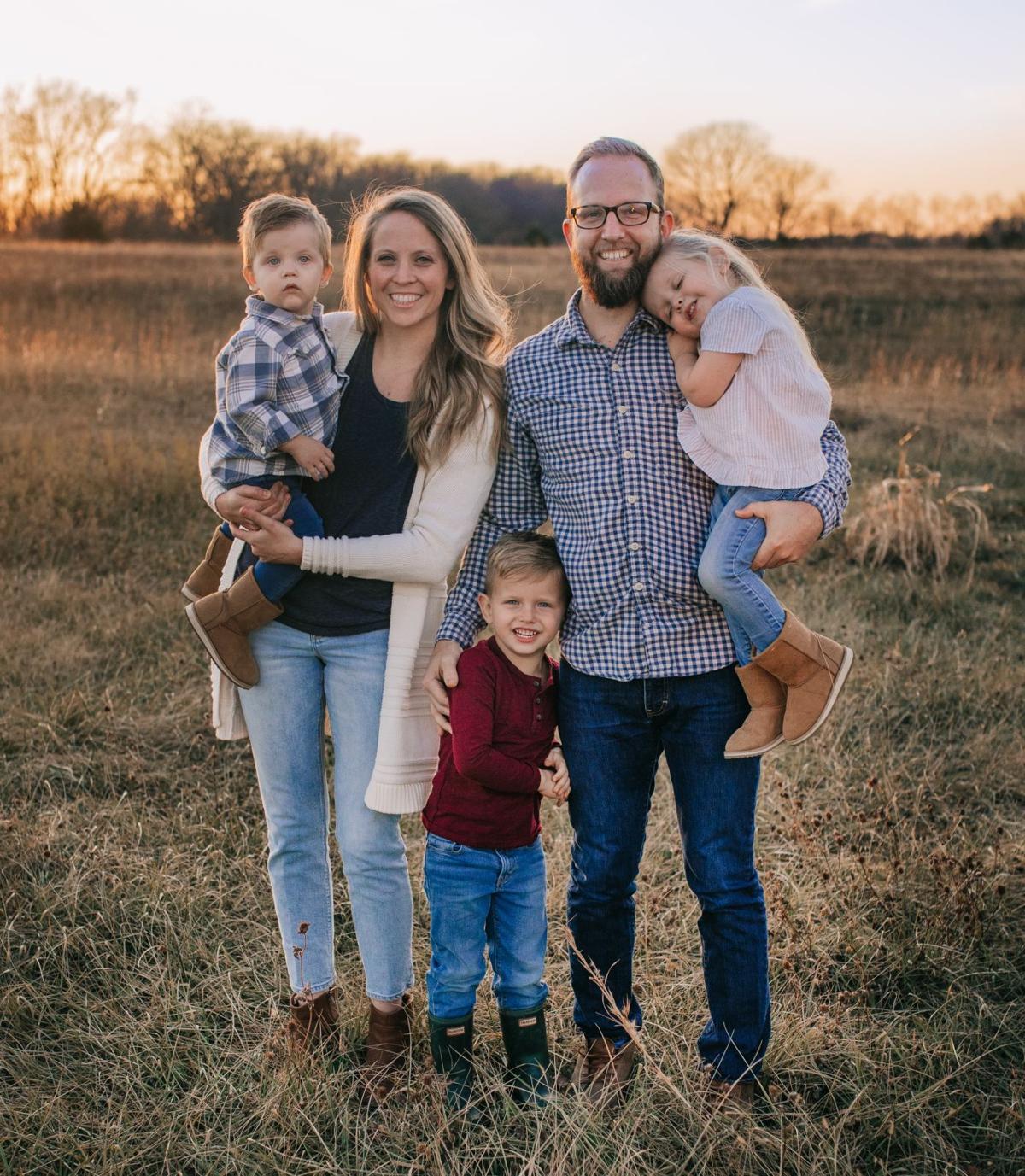 Dr. Melissa Trumpp and her husband Marcus are pictured with their three children (from left) Morgan, Mason and Madison.

Dr. Melissa Trumpp and her husband Marcus are pictured with their three children (from left) Morgan, Mason and Madison.

LOUISBURG — Dr. Melissa Trumpp’s face lit up when she talked about the dentist practice she opened Oct. 1 at the corner of Amity and Berkley streets in Louisburg.

She had good reason to smile.

Trumpp already has expanded her staff as Louisburg Family Dental continues to welcome new patients to the office at 4 S. Berkley St. where Dr. Brad Hughes practiced dentistry before his retirement.

“We’ve been getting in a lot of new patients from the surrounding area,” Trumpp said. “Dr. Hughes had a lot of loyal patients. They’ve been coming here for a long time, and most people have stuck around. He sent a letter when we opened, saying he was retiring and I was taking over.”

Trumpp described the sale of the practice as a win-win for both dentists.

“I think people appreciated it was on good terms, and it was good for him to be able to retire,” she said.

Trumpp took a moment to take a breather in her office on a Thursday before the holidays. It had been a busy morning.

“Today we were full, but we are definitely open to new patients,” Trumpp said. “We went from one hygienist to two pretty quickly.”

Trumpp likes the office and its location and enjoys living and working in the community, she said.

“This facility is great,” Trumpp said. “It really feels like a homey environment. I absolutely love it here.”

Dr. Trumpp received her undergraduate degree from the University of Kansas where she played volleyball for the Jayhawks. She graduated from Creighton University dental school in Omaha, Neb., in 2015 and worked for another dentist group until she decided to open her own practice in the fall.

“Starting a business has always been a goal — just being able to make your own decisions and being able to do what we set out to accomplish,” Trumpp said. “I think, in this profession, a lot of dentists want to have their own office.”

“It’s a general practice — crowns, bridges, dentures, preventive things, cleanings,” she said. “We see a lot of kids (in addition to adults). An orthodontist, Dr. Hannah, also comes in once a month.”

Trumpp grew up in Olathe and graduated from Olathe South High School.

“I lived 100 yards from my now husband,” Trumpp said. “We got married the summer before I went to dental school. We moved to Louisburg about a year and a half ago.”

Trumpp grinned as she talked about all the children’s names starting with M.

“We didn’t even mean to do that, but by the third one we had to,” she said.

Trumpp said the family enjoys living in Louisburg, and she added that all but one of her employees reside in the community, too.

“We love it here,” Trumpp said. “We’re definitely looking forward to having an impact on the community that we live in and doing things to help the community.”