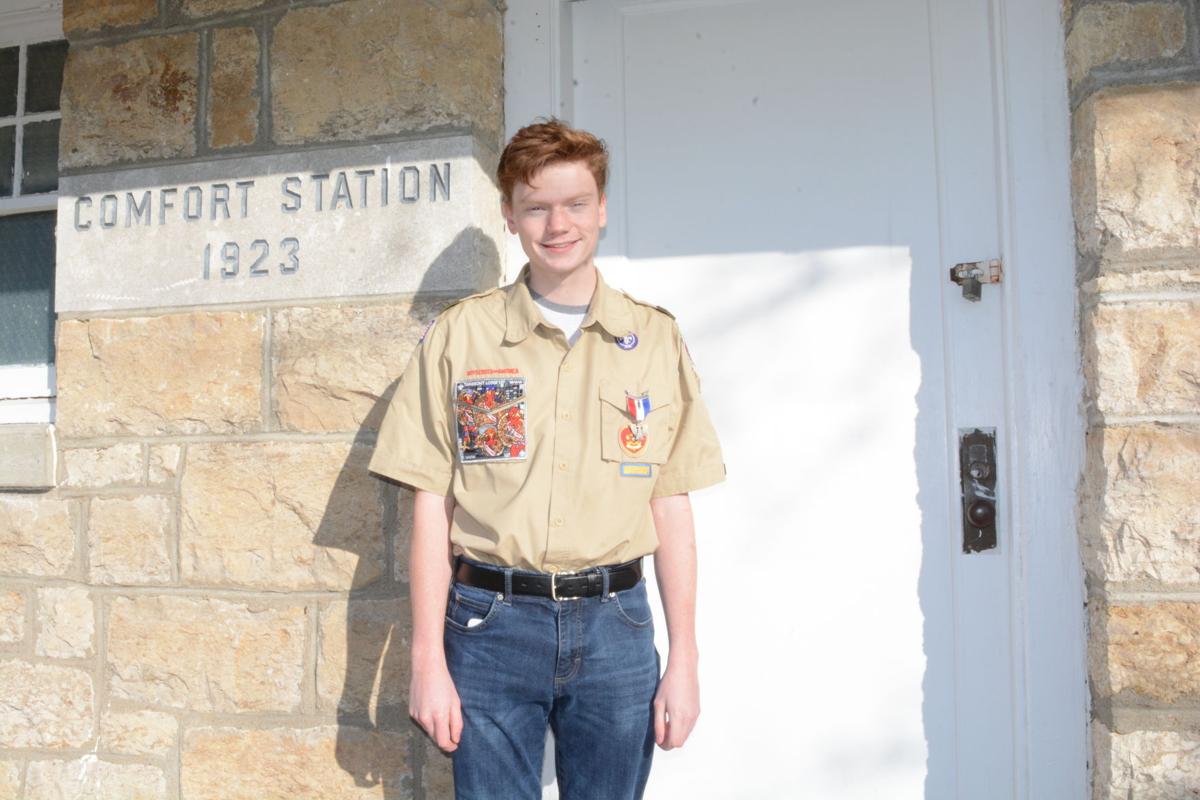 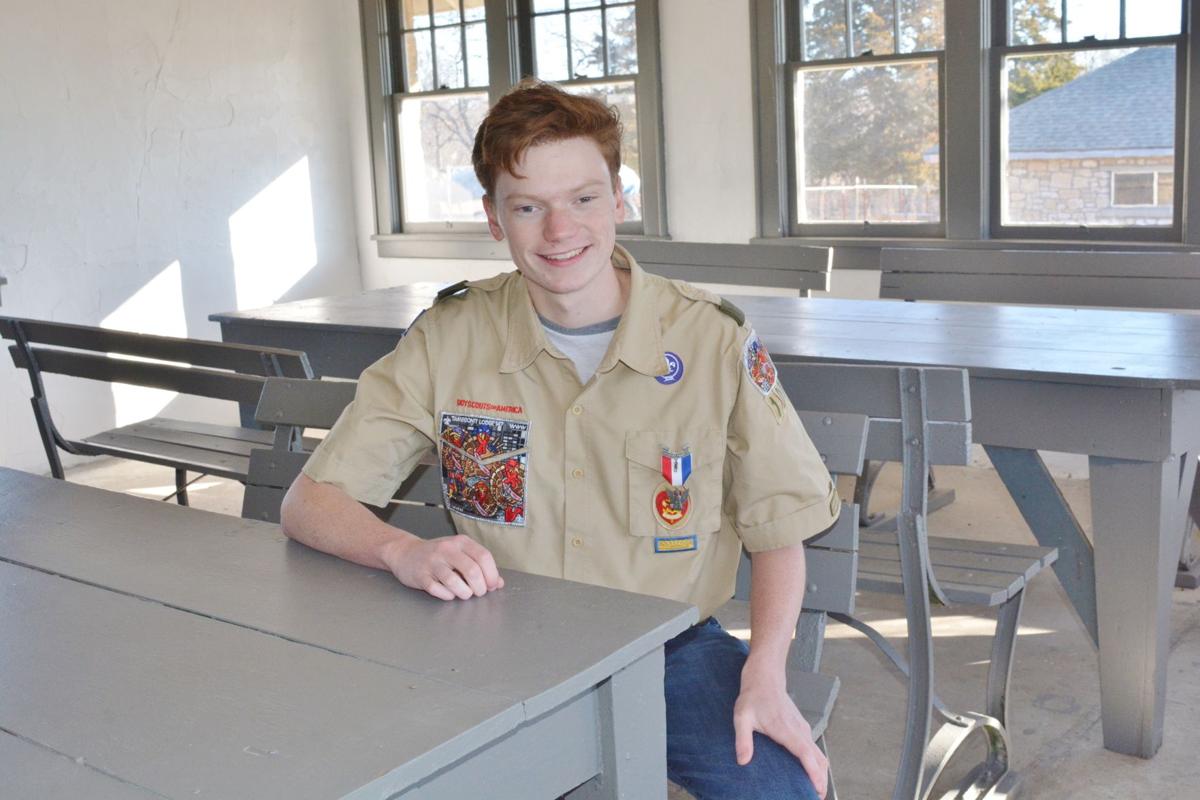 Paola High School senior Jacob Farmer repaired and painted benches and tables inside the comfort station at Wallace Park as part of his Eagle Scout project. 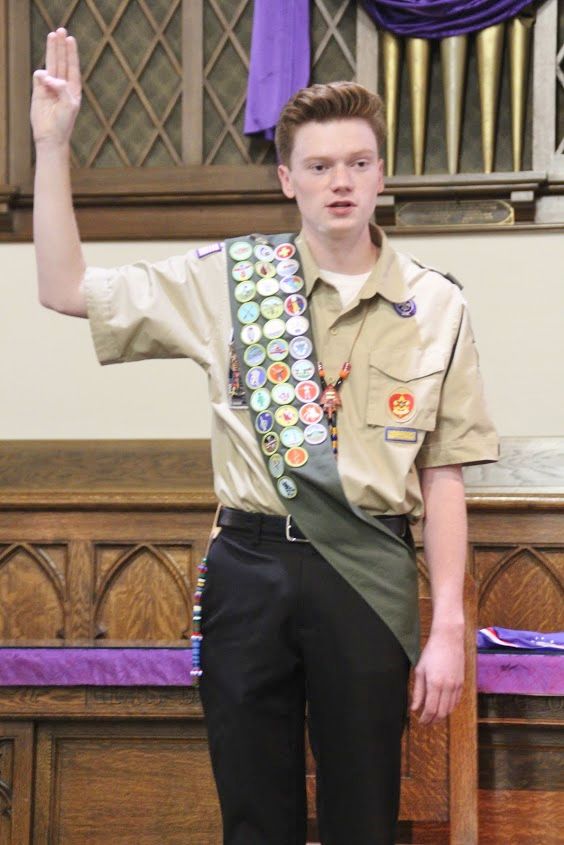 Paola High School senior Jacob Farmer repaired and painted benches and tables inside the comfort station at Wallace Park as part of his Eagle Scout project.

PAOLA — When Paola High School senior Jacob Farmer was looking for help in selecting an Eagle Scout project, he turned to his boss, Emily Burgdorf, at the Paola Free Library.

After helping with summer movie nights at Wallace Park, Burgdorf knew the comfort station at the park could benefit from some improvements, so she made the suggestion.

Jacob contacted city officials, and they were more than happy to give the project the green light. They even paid for new light fixtures and provided paint supplies that previously had been used on the building, which is located near the shelter house and basketball court.

Farmer said he organized a work day last summer and even got some volunteer labor from his fellow Boy Scouts in Troop 100.

Together, the crew fixed and replaced the door at the comfort station, repaired benches and tables inside, installed new light fixtures, replaced broken windows and touched everything up with a fresh coat of paint.

Farmer said he was pleased with how the project turned out, and the Scouting board of review was also pleased with the effort.

Farmer officially received his Eagle Scout rank during a Court of Honor ceremony that took place Dec. 8, 2019, at First Presbyterian Church in Paola.

It’s one of many memorable accomplishments Farmer has experienced so far during the past few months.

He also traveled with his fellow PHS theatre students earlier this month to perform Arthur Miller’s “All My Sons” during the Kansas Thespian Festival. During the festival, he was one of only 10 students in the state to earn a $1,000 scholarship.

Mark Farmer is an excellent grandson also Keaton Farmer we hope we live long enough to see what they achieve in life. They are both strong achievers.