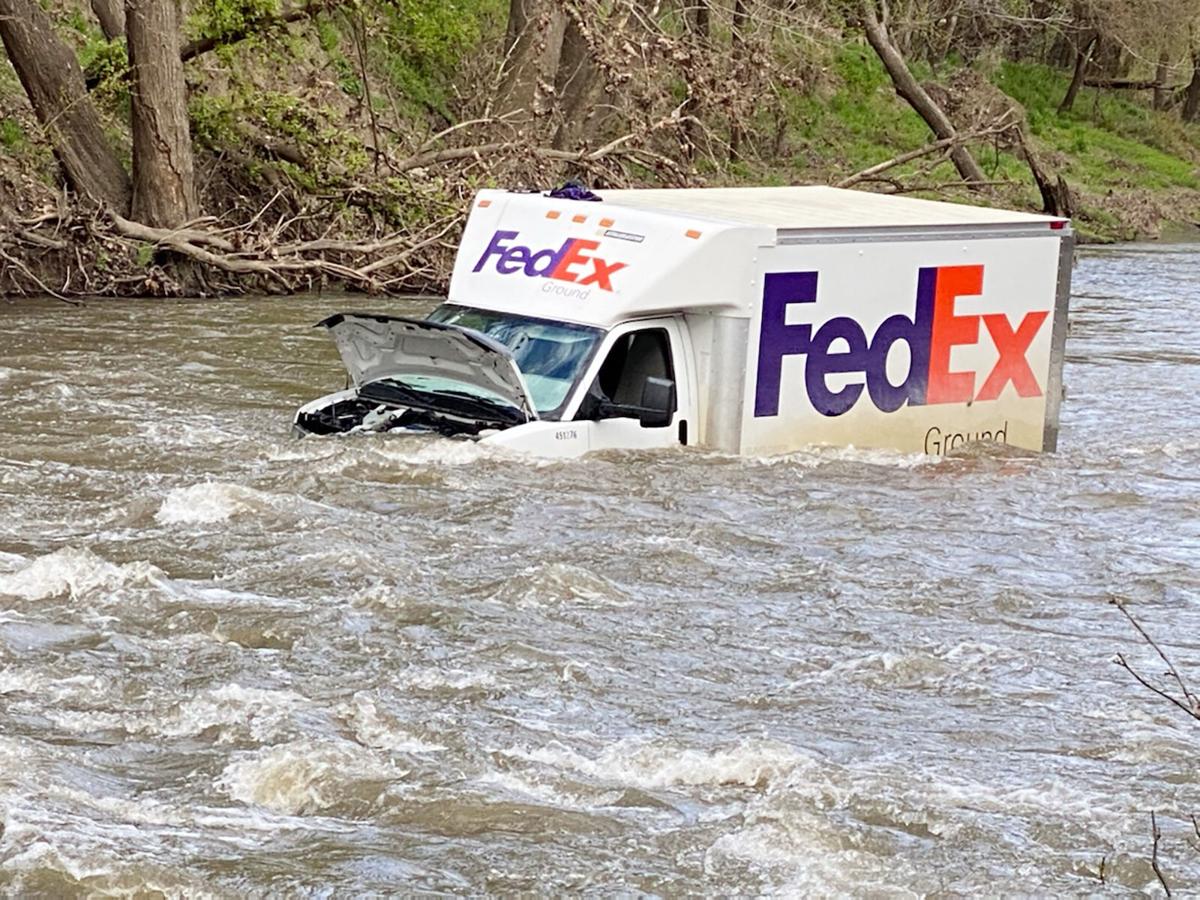 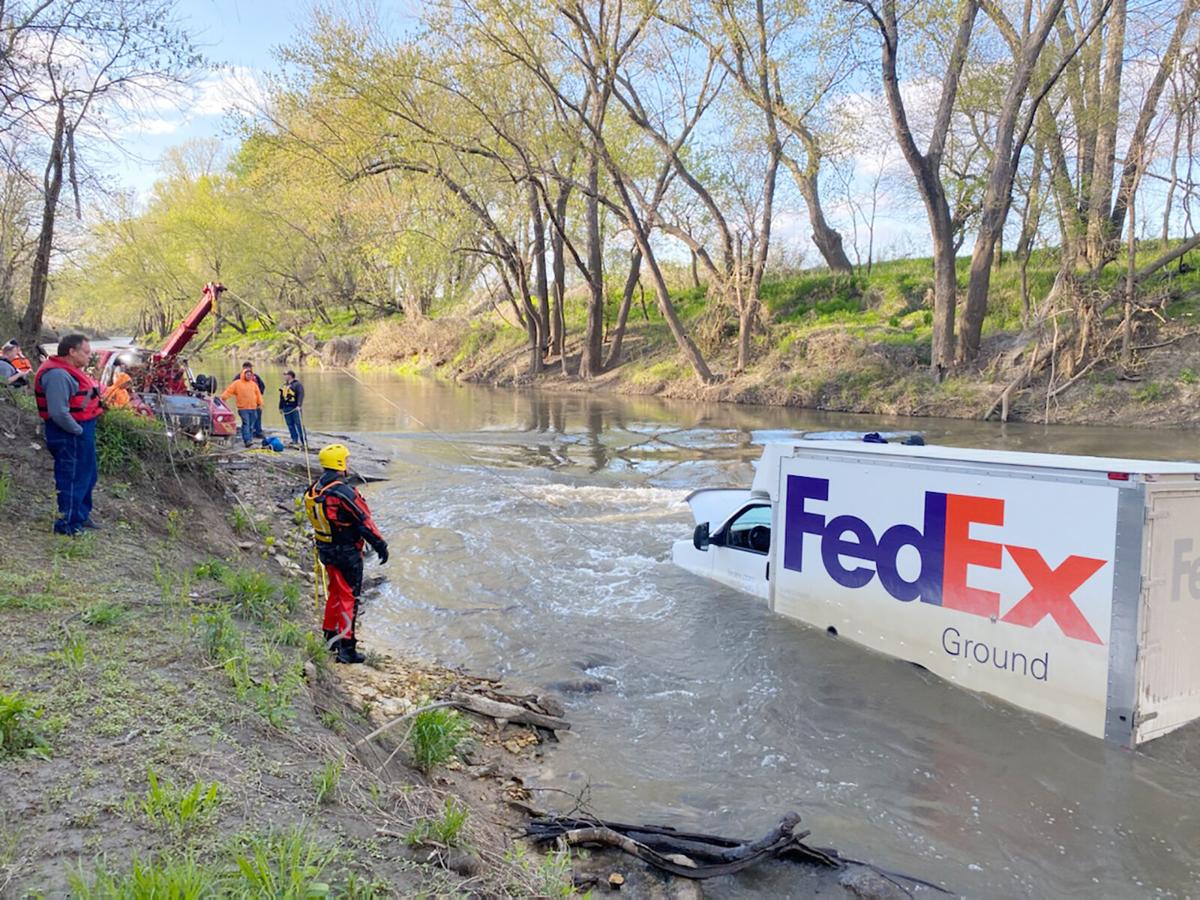 A FedEx truck driver found himself up a creek without a paddle in Miami County on Wednesday, April 21, thanks to some unfortunate advice from a GPS system.

The incident occurred in late afternoon along a minimum maintenance stretch of 327th Street at a low-water crossing across Bull Creek south of Paola and east of the Miami County Road and Bridge Department.

Capt. Matt Kelly of the Miami County Sheriff’s Office said the sheriff’s office received a call from the Kansas City, Mo., Police Department at 4:33 p.m. stating that one of their residents had called saying that a family member had wrecked into water, and their whereabouts were unknown.

The vehicle, though, had been swept off the low-water crossing and was now partially submerged and stuck in the rushing waters of Bull Creek.

Osawatomie Fire Chief Brian Love said the Miami County Water Rescue Team, which is made up of members of the Osawatomie Volunteer Fire Department, was dispatched to the scene at 5:27 p.m.

The team worked with Cutshaw Tow to hook a tow cable to the FedEx truck so it could be pulled out of the water.

Love said it’s his understanding that the driver went down the minimum maintenance road and into the low-water crossing, which was covered with about 3 feet of water, because he was following directions from a GPS.

Other agencies that assisted with the incident include Miami County EMS and the Kansas Department of Wildlife, Parks and Tourism.