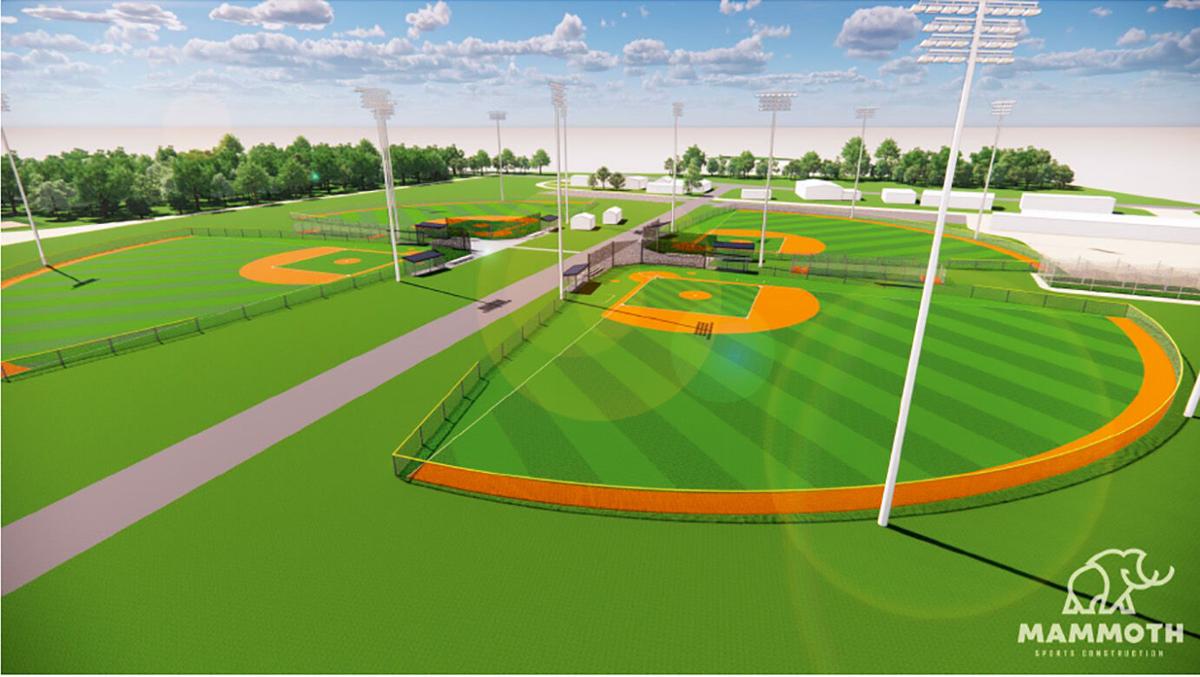 This artist’s rendering from Mammoth Sports Construction shows what a four-plex design of ballfields might look like at Wallace Park. 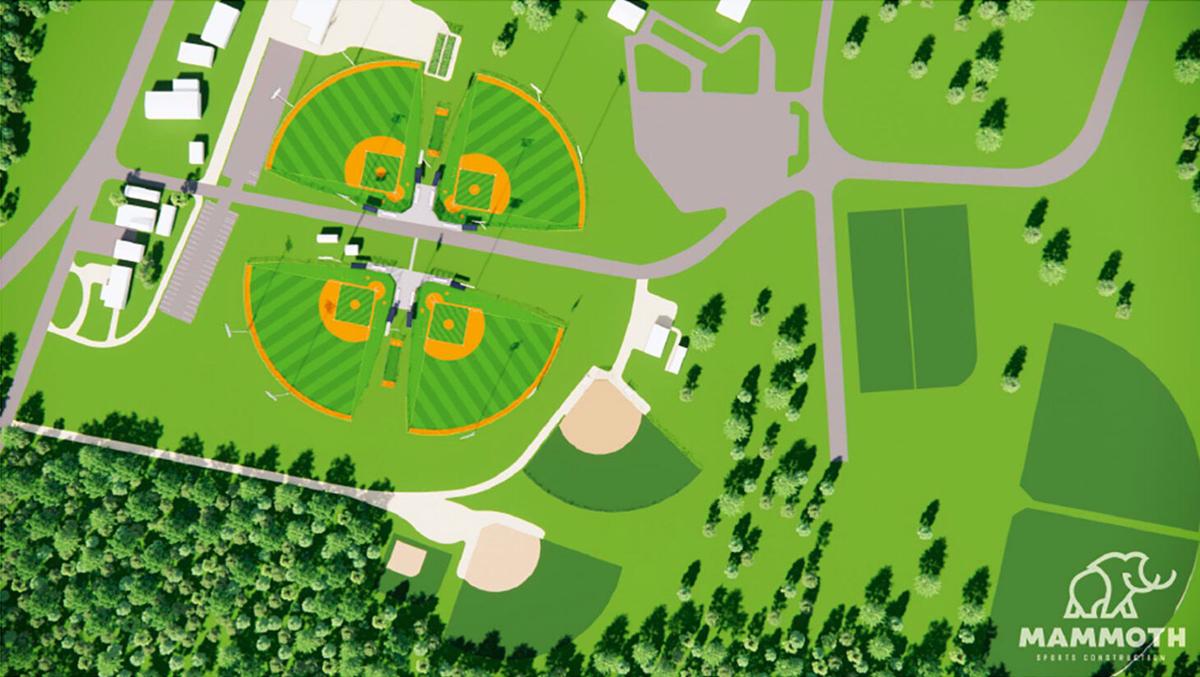 This aerial rendering from Mammoth Sports Construction shows what a four-plex design of ballfields might look like at Wallace Park. 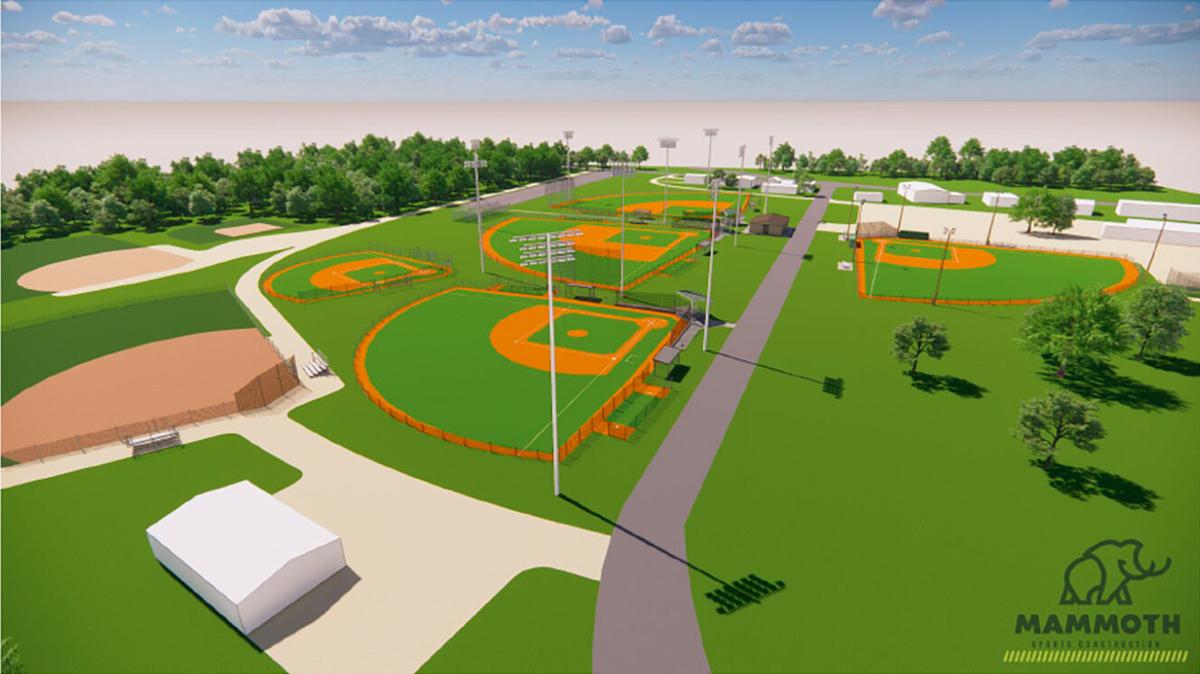 This artist’s rendering from Mammoth Sports Construction shows what a spread design of fields could look like at Wallace Park. 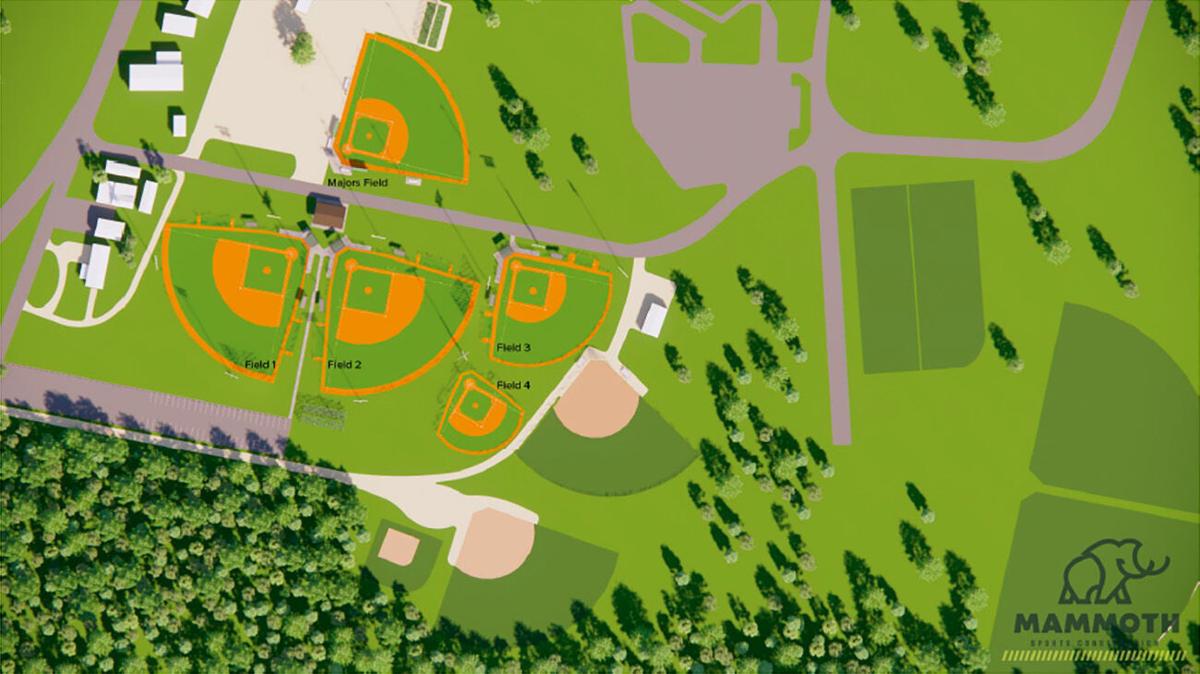 This aerial rendering from Mammoth Sports Construction shows what a spread design of fields could look like at Wallace Park. 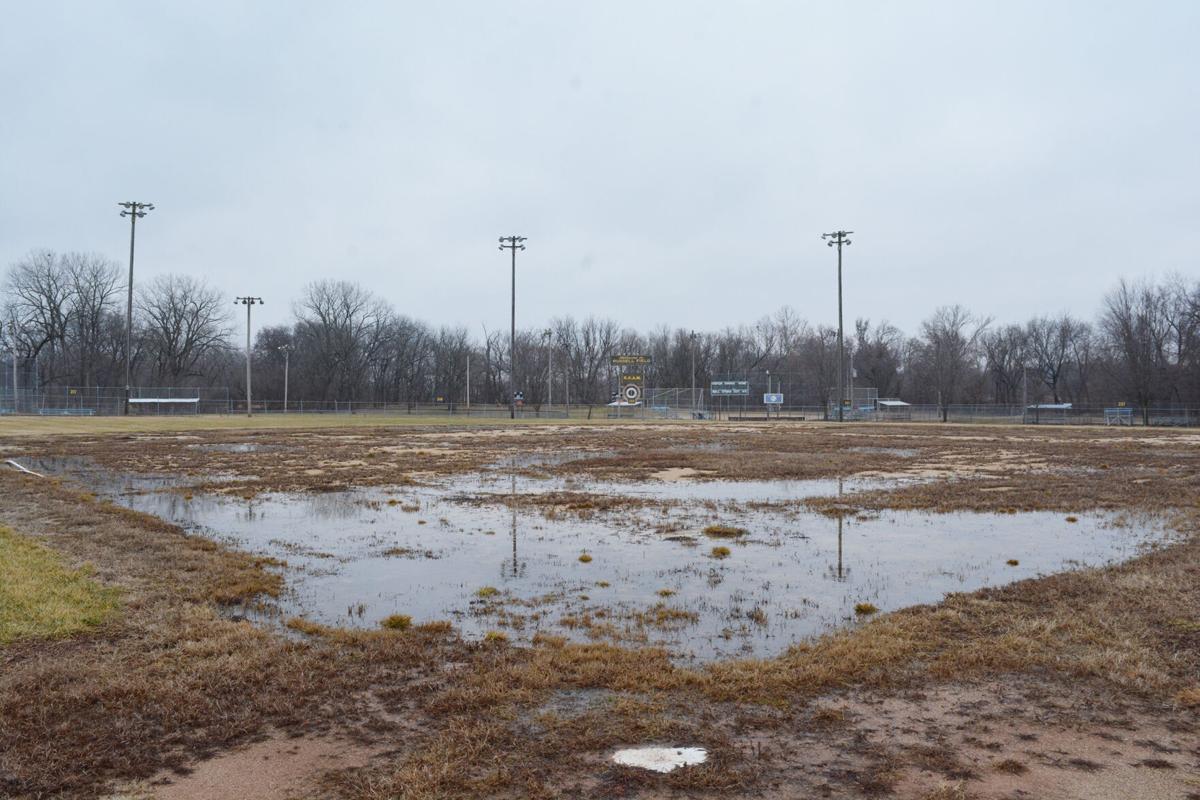 Russell Field at Wallace Park could be renovated and upgraded with field turf if city officials agree to allocate half-cent sales tax revenue to fund a plan proposed by Paola Youth Sports volunteers.

This artist’s rendering from Mammoth Sports Construction shows what a four-plex design of ballfields might look like at Wallace Park.

This aerial rendering from Mammoth Sports Construction shows what a four-plex design of ballfields might look like at Wallace Park.

This artist’s rendering from Mammoth Sports Construction shows what a spread design of fields could look like at Wallace Park.

This aerial rendering from Mammoth Sports Construction shows what a spread design of fields could look like at Wallace Park.

Russell Field at Wallace Park could be renovated and upgraded with field turf if city officials agree to allocate half-cent sales tax revenue to fund a plan proposed by Paola Youth Sports volunteers.

PAOLA – The city-owned ballfields in Wallace Park soon could look much different if plans are approved to make large-scale renovations, but the total cost could become an issue as city officials debate the best use of sales tax revenue.

When Paola voters agreed to renew the city’s half-cent sales tax in November 2019, city officials knew they would have a revenue stream for the next 15 years to help fund needed improvements to the Paola Family Pool, parks and recreational facilities and streets.

The tax’s previous 15-year term expires Sept. 30, 2021, which means revenue will start coming in from the renewal this fall and city leaders can start mapping out much-needed projects. The city previously has reported that the sales tax is estimated to generate about $11.5 million over its 15-year history.

Paola Youth Sports volunteers Justin Smail and Scott Golubski met with city officials before the 2019 election and asked that a portion of the city’s half-cent sales tax be designated for needed improvements and maintenance of the ballpark facilities at Wallace Park.

Council members said a portion of the sales tax revenue could be used for the ballfields because the ballot question listed city parks and recreational facilities as one of the uses of the revenue. An exact amount was not determined.

Smail and Golubski were back during the Tuesday, Jan. 5, 2021, Paola City Council work session. This time they were joined by Brian Morris of Mammoth Sports Construction based in Meriden, Kan.

Morris handed out a presentation that outlines a couple of options for improving the ballfields, although he said all of the work is very preliminary.

“We are seeing an explosion of facilities like this across the region and country,” Morris said.

Another option is to use a spread configuration, which includes a full build out of three fields but leaving Major Field alone except for adding field turf. The estimated cost of that plan is $2,270,121.

When asked about maintenance and long-term replacement costs, Morris said a turf field typically has an eight-year warranty, and the replacement cost is typically about 50 percent of the original installation cost.

Golubski said the proposed designs were selected because they would benefit the most amount of youths, with areas included for soccer and flag football, in addition to baseball and softball fields. The primary ages that would use the facilities would be boys 12 and under and girls 18 and under, Golubski said.

New council member LeAnne Shields asked if field turf was necessary, and she pointed out that several NFL teams still play on grass surfaces. Morris said well-kept grass is always the safer playing surface, but NFL teams have a crew of 15 people working to keep the field safe. Morris said turf is safer at the high school level because it cuts down on maintenance and safety concerns like grass divots.

Paola Mayor Artie Stuteville said it’s important that the city sticks to the appropriate legal timeline for when the sales tax revenue is available and when it can be spent.

Council member Trent Upshaw also expressed concern with the amount of money proposed for the fields, especially with other needed projects still on the table.

Justin Smail said he and his fellow volunteers would be happy to scale back the plans if they knew what the target budget number could be for the ballparks.

He also specifically mentioned a need to address an electrical issue with the lights at Russell Field. Stuteville said she believes the lighting issue at Russell Field should be a top priority because it is a safety concern and a liability to the city.

City Manager Sid Fleming said it’s difficult to give the volunteers an exact budget number at this point, especially since needed repairs at Paola Family Pool could cost more than $3 million, and that’s not including the annual operating cost of the pool.

When the half-cent sales tax was first approved by voters in 1996, it was to fund the construction and operation of the pool and generate revenue to establish a pool reserve fund. By the time the 10-year sales tax first came up for renewal in 2005, that reserve fund had grown to a sizable amount, so city leaders focused on needed improvements to city buildings, as well as streets and parking lots. The pool reserve fund is now almost entirely depleted.

Golubski said improving the ballfields would also be a positive move for the city in terms of economic development. He said Paola would be able to host tournaments that would bring people to town, and the field turf would likely prevent the events from being canceled due to weather.

“You’re bringing the city to you, instead of you going to the city,” Golubski said.

Fleming said he’d like to get some data regarding what type of revenue the tournaments could generate for the city, and he also suggested using a survey to get feedback from the public regarding the proposed ballpark improvements.

“I feel like it’s important for us to get community engagement on this,” Fleming said.

Fleming did express some concern about there possibly being a lack of accountability to the maintenance and operation of the fields if they were to be built because Paola Youth Sports is made up of volunteers.

“I want to make sure the sustainability is in place,” Fleming said.

Golubski said there has been discussion about creating a paid position for someone to maintain the fields.

Justin Smail said he just wants to get a consensus from the council that improving the ballparks at Wallace Park is something the city wants to move forward with using sales tax funds.

“What I do want is to reach an agreement that we want to move forward with this project,” Justin Smail said.

Paola council member Dave Smail, who also is Justin’s father, agreed that the city needs to follow through with improving the ballfields because that’s what voters expected when they renewed the tax.

“We told them that we were on board with this,” Dave Smail said, referring to the initial discussions with Paola Youth Sports volunteers.

Fleming said a possible timeline would be community engagement in the spring, followed by plan review in the summer and a possible design/build concept pushed out for a bid in the fall.

No official decision could be made at the work session.