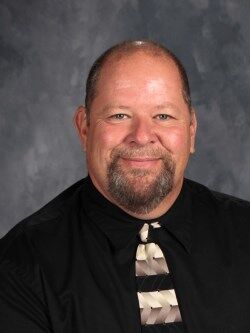 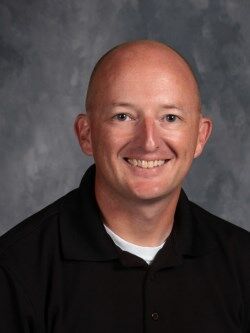 OSAWATOMIE — A familiar face in the halls of Osawatomie High School will take the helm as principal for the 2021-2022 school year.

The Osawatomie USD 367 school board on Monday, May 11, approved hiring Jeff White to fill the post being vacated by Ardy Dehdasht. Superintendent Justin Burchett said Dehdasht has accepted the principal’s position at Topeka West High School.

Jeff and his wife, Jodi, are the parents of a two adult children, Stephen and Savannah, and grandparents to one grandchild, Ava.

Also at its May 11 meeting, the school board approved hiring Wade Welch as OHS assistant principal for the 2021-2022 school year.

Welch is currently serving as the USD 367 assistant director of technology and OMS/OHS athletic director, a position he has held since 2019.

In 2004, Welch began his career in education as a sixth-grade teacher at Washington Elementary in Olathe. In fall 2006, Welch returned to Osawatomie as a fifth-grade teacher at Trojan Elementary. After five years as a classroom teacher, he accepted a position with the East Central Kansas Special Education Cooperative as USD 367’s gifted teacher.

Welch, who graduated from OHS in 2000, has coached baseball, basketball, football and Scholar’s Bowl for USD 367.