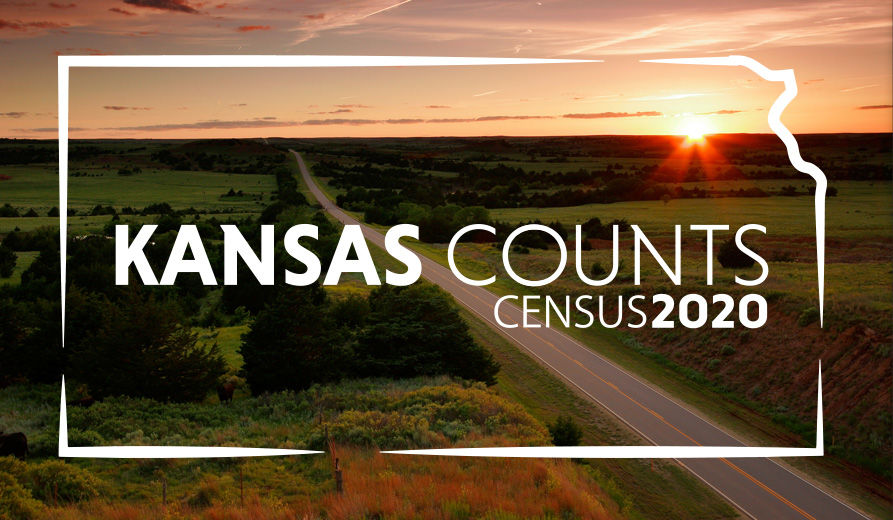 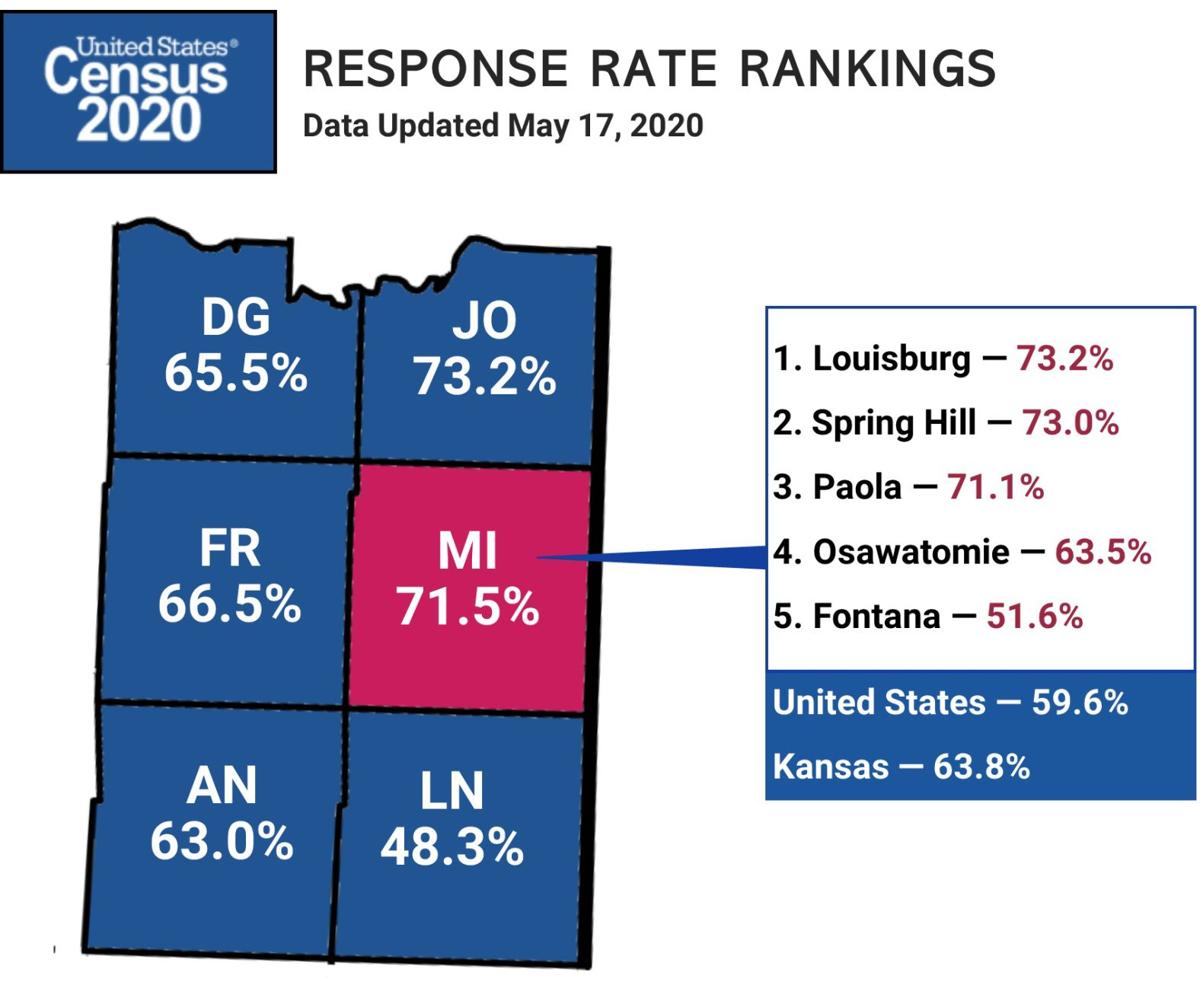 Miami County has a U.S. Census response rate of 71.5 percent, which is better than most of the surrounding counties except for Johnson County.

Miami County has a U.S. Census response rate of 71.5 percent, which is better than most of the surrounding counties except for Johnson County.

Miami County cities are locked in a friendly battle for the top 2020 U.S. Census response rate, and in doing so, they’ve pushed the countywide response rate higher than most of the neighboring regions, as well as the state average.

The Miami County Economic Development Department has been putting those numbers into a regional graphic that is updated each week to show local cities how they are doing. The graphic has been shared by multiple cities online as they encourage their residents to fill out the census surveys that were mailed out earlier this spring.

The fight for the top response rate in Miami County is a close one, with Louisburg at 73.2 percent, Spring Hill at 73 percent, Paola at 71.1 percent, Osawatomie at 63.5 percent and Fontana at 51.6 percent, according to the graphic.

Local government, school district and other officials are urging residents to complete the questionnaire because census data helps direct federal funds to local communities for schools, roads and other public services. The entire process takes about 10 minutes to complete.

Results from the 2020 Census will also be used to determine the number of seats each state has in Congress.

The 2020 Census is open for self-response online at 2020Census.gov, over the phone by calling the number provided in the mailed invitation, and by paper through the mail. Census officials are strongly encouraging residents to respond online.

According to information provided at www.kansascounts.org, if 1 percent of the Kansas population is uncounted in the 2020 Census, the state of Kansas could miss receiving nearly $604 million in federal funding over the next 10 years.

Locally, Paola could miss out on an estimated $47,469.60 in federal funding for each household that is missed in the 2020 Census. The numbers are similar for other cities in Miami County.

The ongoing coronavirus (COVID-19) pandemic is causing some delays to the census timeline. The self-response phase that began March 12 was originally scheduled to end July 31, but it has been extended two weeks until Aug. 14.