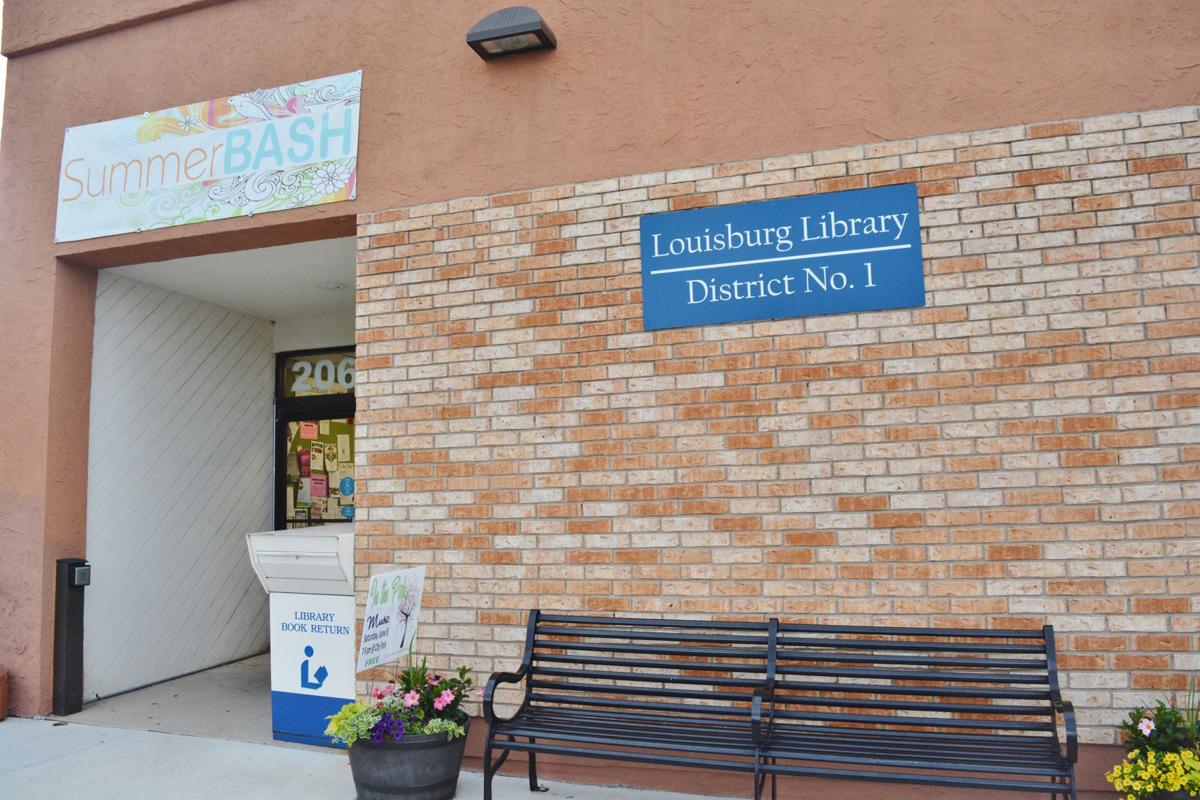 Louisburg Library District No. 1 board members are considering options for building a new library. 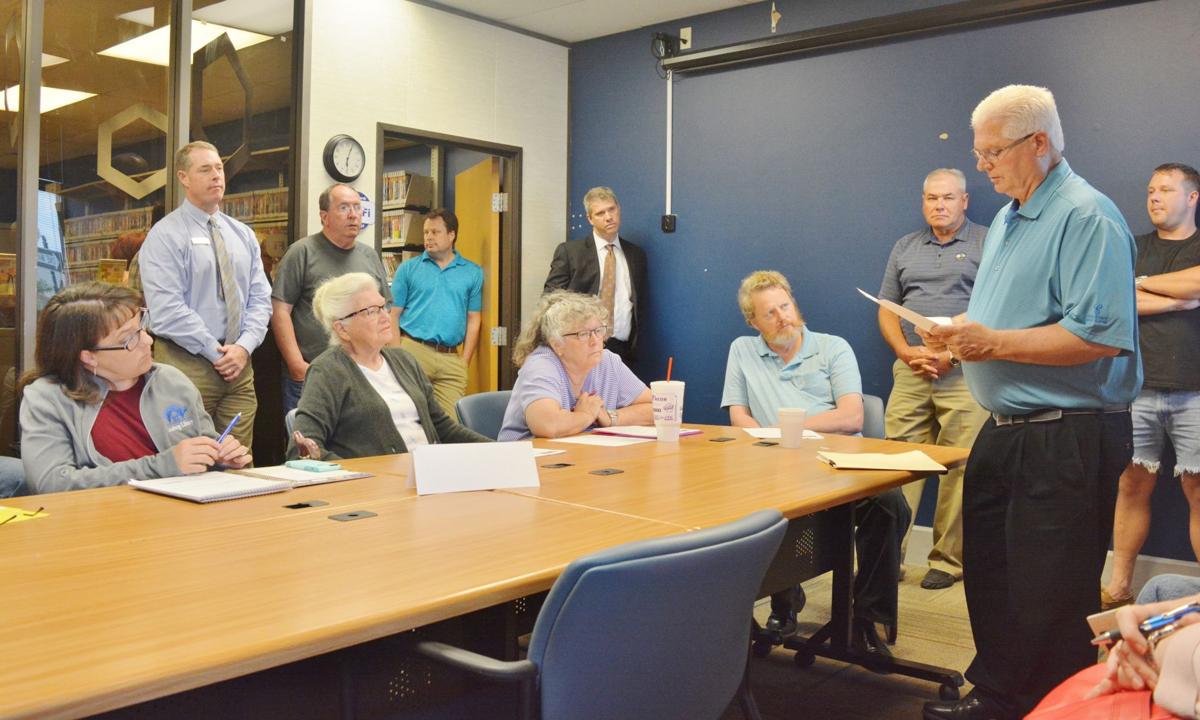 Louisburg resident, business owner and former state senator Pat Apple speaks to Louisburg Library District No. 1 board members during their May meeting. Apple is concerned the board may pursue a lease-purchase agreement that would allow for the construction of a new library without a public vote.

Louisburg Library District No. 1 board members are considering options for building a new library.

Louisburg resident, business owner and former state senator Pat Apple speaks to Louisburg Library District No. 1 board members during their May meeting. Apple is concerned the board may pursue a lease-purchase agreement that would allow for the construction of a new library without a public vote.

LOUISBURG — After two failed attempts to get a bond issue passed by voters, Louisburg Library District No. 1 board members are once again looking at options for a new building.

One of those options, a lease-purchase agreement, would allow the board to increase the library district’s mill levy and construct a new library without first getting approval from voters.

That possibility prompted Louisburg resident, business owner and former state senator Pat Apple to attend the library board’s most recent meeting, Thursday, May 30. And Apple was joined by a number of prominent Louisburg residents and business professionals, including Damon Dennis, Craig Holtzen, Donna Cook, Larry Smith and Mark Williams. The group created standing room only in the library conference room.

Apple spoke during the public comment portion of the meeting because Andy Hill, the originally-scheduled speaker, could not be present.

Apple talked about his love for the Louisburg community and his concern about the possibility of the library board choosing to go the direction of a lease-purchase agreement.

“This is a more expensive option and will require the property taxpayers to pay more than the method that is typically used, which is to hold an election and sell the bonds,” Apple said. “But most importantly, this has the possibility to bypass the ballot box and not allow the voters, who are also taxpayers, a guaranteed say in the process.”

Apple went on to say that Louisburg residents are already dealing with higher taxes due to a number of things, including a new recreation commission and county jail. More taxes are on the way, he said, with the county looking at a new radio system, the city of Louisburg looking to build a new sewage treatment facility and the Louisburg school district considering a school bond proposal.

“To deny the people the right to vote on this significant issue would be a tremendous mistake,” Apple said.

He finished his comments by asking the library board members to make their meeting notices, agendas and minutes more transparent. He said he is not suggesting there has been an intentional act of deceit by the board, but he pointed out there has been no reference to a lease-purchase discussion in the minutes of previous board meetings, and the minutes aren’t available until after they are approved the following month. The library board members typically meet at 6 p.m. on the fourth Thursday of each month.

Longtime library board member Merilyn Kelly assured the audience members that the board is trying to do what is best for the community.

“Never, ever has it been our desire to put anything over on our constituents,” Kelly said. “No one is here to do anything underhanded. We are interested in doing the best job that we can for this community.”

Library board president Devin Cooley said he’s gotten some good ideas from consultant John Chrastka of EveryLibrary. One of those ideas is to ask patrons what they think the library board should do.

Library Director Kiersten Allen said she could put together a website poll asking patrons if they favor the lease-purchase or bond issue option, or if they would prefer no action.

The option of doing nothing is getting harder and harder for the library officials to accept. During her board report, Allen talked about flooding issues in the basement that led to about 5 feet of water that needed to be pumped out.

Lack of space in the rest of the library also meant there was nowhere to move items, so many were left in aisles or squeezed into a supply room.

“Every day we have people ask, ‘when are you going to build a new library?’” Cooley said.

Regardless of what action the board takes, Cooley said an important next step should be consulting with an architect to figure out how much a new library is going to cost.

“No matter what we decide to do, we need to find out what we’re looking at in terms of cost,” Cooley said.

The library board is still looking at building on property already owned by the library on Harvest Drive near Louisburg High School and the water tower.

Cooley said the library board is already utilizing the services of a bond counsel, and there has been an initial consultation with an attorney who specializes in these types of project.

Cooley said it is the bond counsel’s recommendation to no more than double the amount of the library district’s existing mill levy of 5.326 in order to fund the construction of a new library.

Great, it`s good when services care about their customers and try to improve their work conditions. I think the local community and students will like it. By the way, being a student how often do you go to the library? I usually read from the https://gradesfixer.com/ this internet service as it takes not much time. So, from those free essay samples, I got help when I need to finish assignments rapidly.