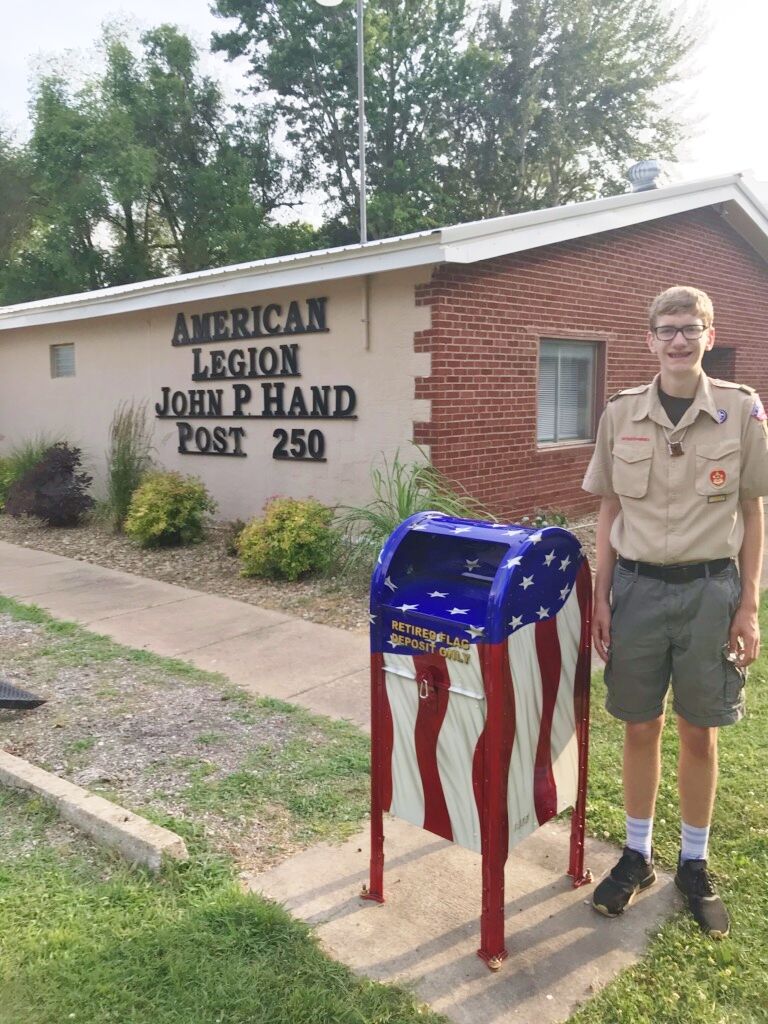 Louisburg Boy Scout Cooper Anglin stands next to the flag box at the Louisburg American Legion John P. Hand Post No. 250. Cooper refurbished the box and the post’s signs for his project. 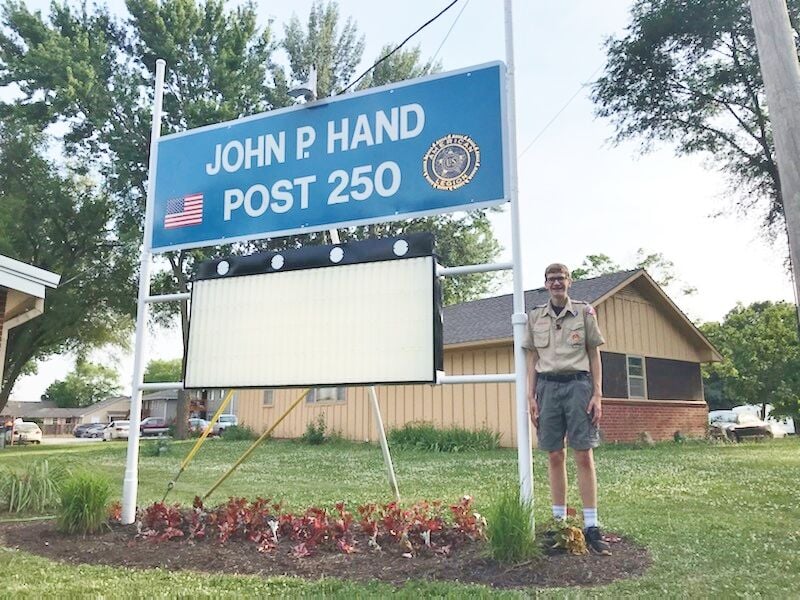 Louisburg Boy Scout Cooper Anglin stands beside one of the signs he refurbished at the Louisburg American Legion Post No. 250 as his Eagle Scout project.

Louisburg Boy Scout Cooper Anglin stands next to the flag box at the Louisburg American Legion John P. Hand Post No. 250. Cooper refurbished the box and the post’s signs for his project.

Louisburg Boy Scout Cooper Anglin stands beside one of the signs he refurbished at the Louisburg American Legion Post No. 250 as his Eagle Scout project.

LOUISBURG - Becoming an Eagle Scout is no easy feat — only 4 percent of Boy Scouts rise to the highest rank.

As one of the final steps to reach Eagle, a Scout must complete a pre-approved project. And in the case of a 15-year-old Louisburg Scout, the work had to be completed in the midst of the COVID-19 pandemic

“I renovated both of the signs in front of the American Legion Post 250 here in Louisburg,” Cooper Anglin said.

He also renovated the Legion post’s mailbox, which people use to put flags in that need to be retired.

“Probably the most challenging was the fact that we did it in the middle of the whole pandemic,” Cooper said. “After we took the signs down and after we did the fundraiser, that’s when the whole lockdown started, so painting the sign and refurbishing it was basically done by me and my dad (Kerry Anglin). We couldn’t have a whole team of Scouts there to help us, but we still got it done.”

Another challenge was finding all the necessary materials to refurbish signs that were decades old, Cooper said.

“We had all the tools we needed but ordering the paint and stuff for all the signs was pretty difficult because a lot of the stuff was pretty obscure, and we had to find it online which took a long time,” Cooper said.

Cooper, a sophomore at Louisburg High School, said parts came from all over.

“The paint and nuts and bolts were the only things we could get in the store,” Cooper said. “The new fiberglass panels we put on the lighted sign, we had to go on some random website (to order) — same with all the letters and stickers that we put on the sign.”

The project was a year in the making, said Cooper, a member of Louisburg Troop 101.

“We’ve had the idea to do it since last June, so it’s been about a year. We talked with the Legion about it in September, so I guess it’s been kind of official since then,” Cooper said. “But I didn’t actually start working on it until this February, so the project took about four months.”

Cooper said obtaining his Eagle has been a goal since he got into scouting. He joined the Cub Scouts in first grade and moved up to the Boy Scouts in fifth grade.

“I’ve just kind of always been told that it’s one of the best things you can do when I was young,” Cooper said. “My brother (Carter) got his Eagle about three years ago. And my dad always talked about how he never got his Eagle when he was in Scouts, so that motivated me even more.”

Cooper said having an older brother that is an Eagle Scout was a great resource.

“My brother gave me a lot of advice,” Cooper said. “He told me about a lot of stuff on my Eagle project that I would need to do. He helped me a lot throughout the way.”

Cooper can now call himself an Eagle Scout too. He received the honor on July 22.

Cooper said part of the satisfaction in completing the project was seeing the reaction from Legion members.

“All the Legion people that were there — we had them all come out when we finished it — and they all loved it,” Cooper said. “I’m glad I could help them.”