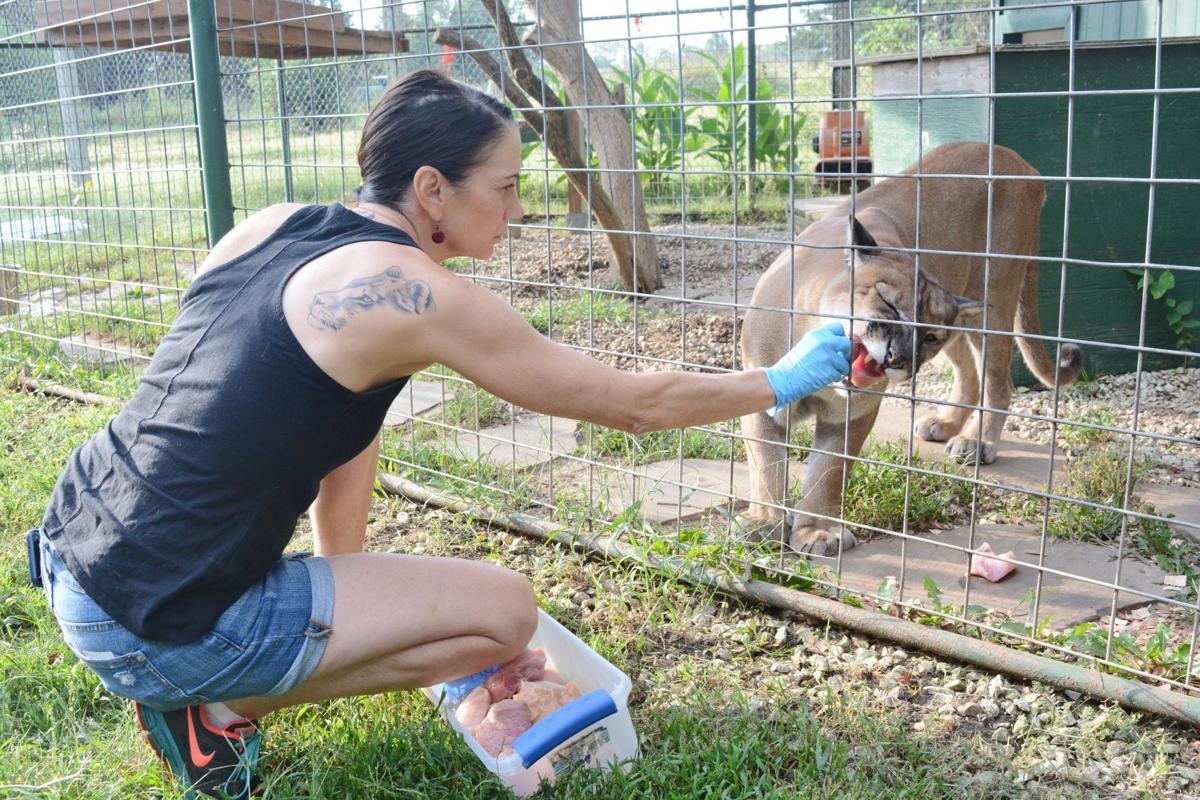 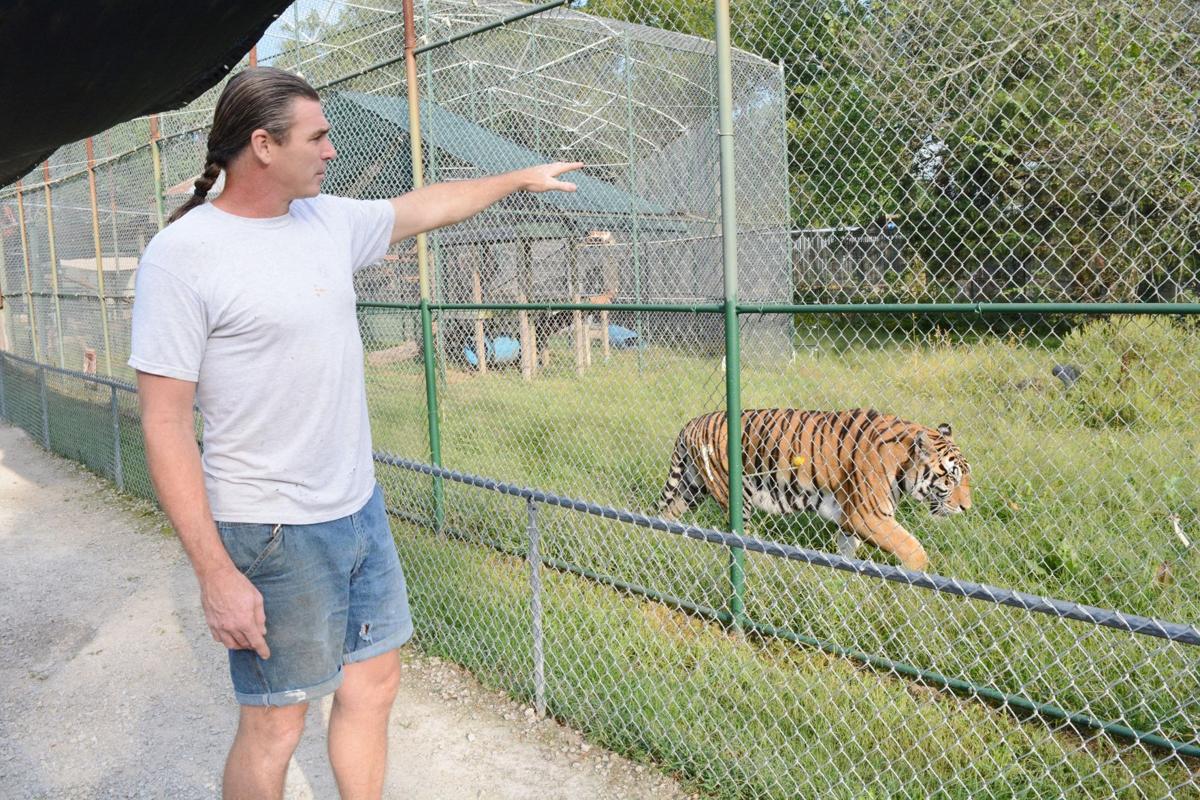 Steve Klein, Cedar Cove facilities director and board president, talks about the new fences he has installed to create additional habitats for the animals. 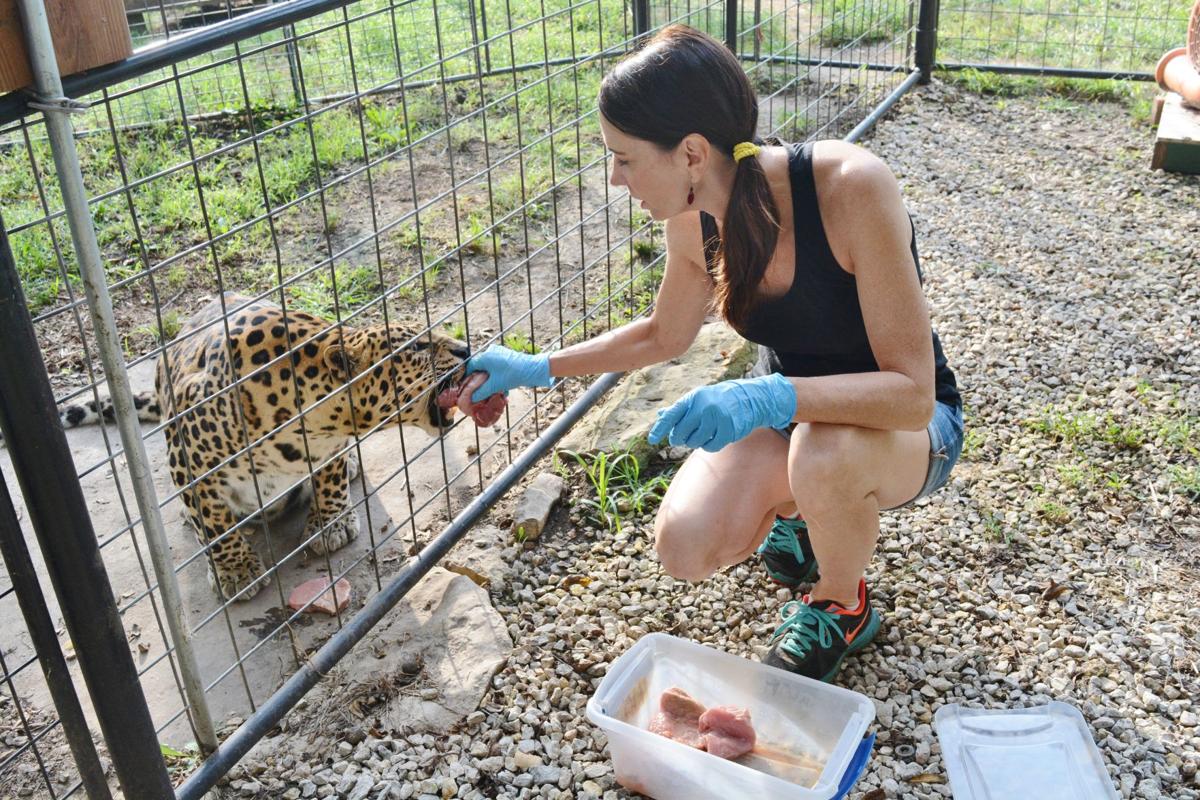 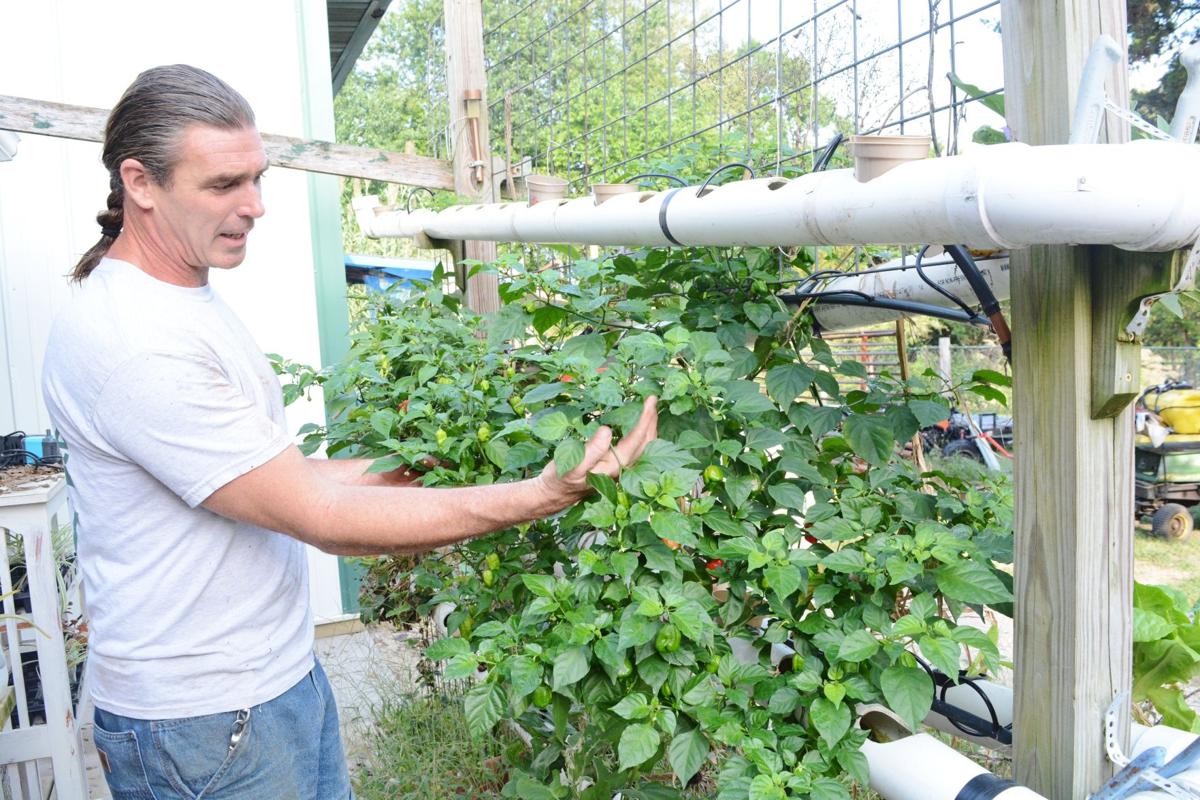 Steve Klein shows off some peppers growing in his hydroponic garden at Cedar Cove. 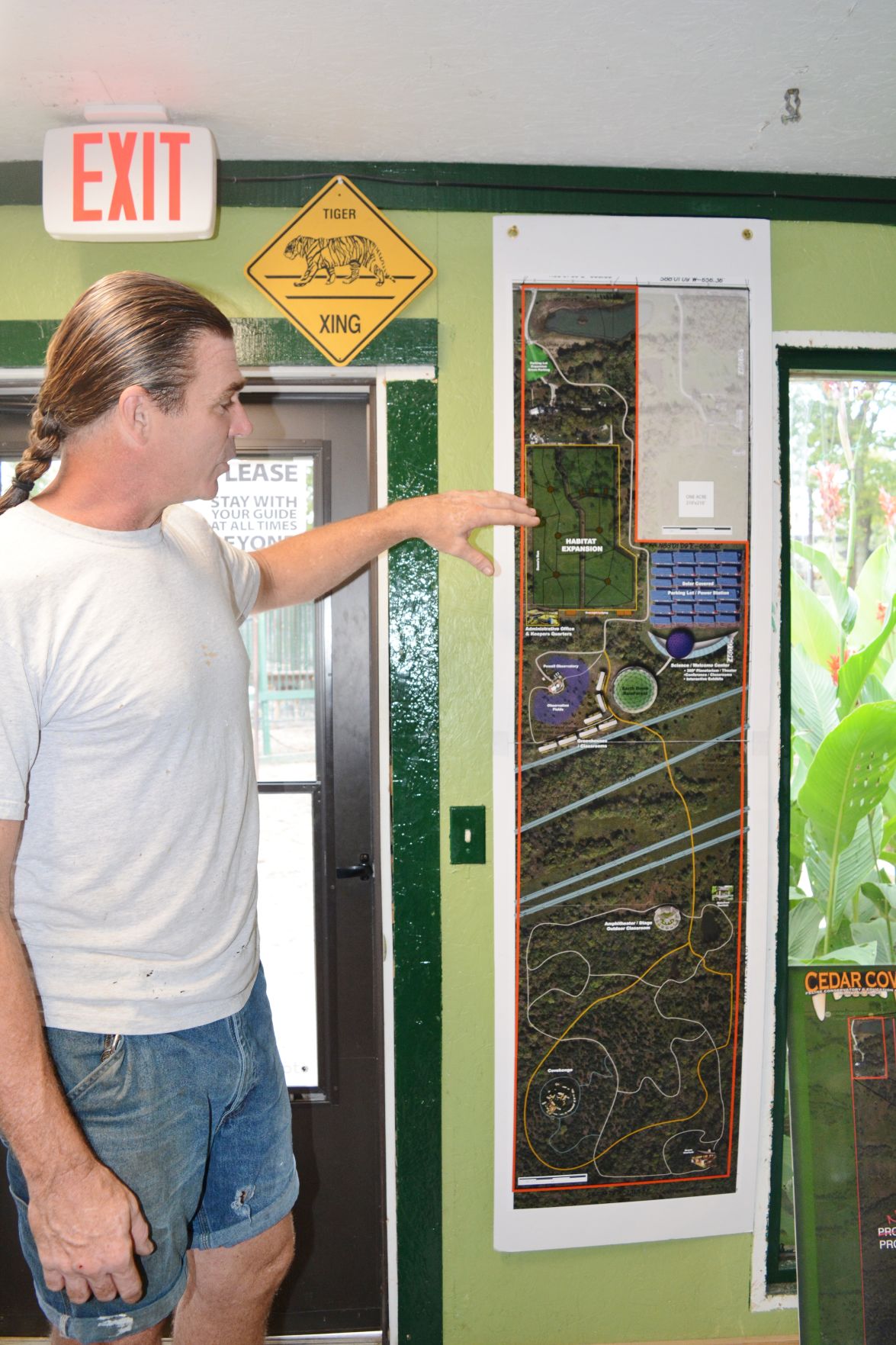 Steve Klein, Cedar Cove president and facilities director, talks about a set of preliminary plans detailing an upcoming expansion at the feline conservation and education center just east of Louisburg.

Steve Klein, Cedar Cove facilities director and board president, talks about the new fences he has installed to create additional habitats for the animals.

Steve Klein shows off some peppers growing in his hydroponic garden at Cedar Cove.

Steve Klein, Cedar Cove president and facilities director, talks about a set of preliminary plans detailing an upcoming expansion at the feline conservation and education center just east of Louisburg.

LOUISBURG — It was William Pottorff, with the help of Shelly Tooley, who first opened the Cedar Cove Feline Conservatory & Education Center in 2000, but it’s Steve Klein and B.J. Auch who plan to lead the facility into a new era.

For nearly 20 years, Cedar Cove has housed large cats and other endangered animals at the facility located about two miles east of Louisburg on Kansas Highway 68. After the passing of Tooley in 2008 and Pottorff in 2012, Klein and Auch have taken lead roles in operating Cedar Cove.

Klein is the Cedar Cove facilities director and board president, and Auch is the director of operations, board treasurer and vice president.

The facility has become a sanctuary, or retirement home as Klein calls it, for big cats and other animals. But space limitations on the current 10-acre tract have caused Cedar Cove to have to turn away some animals, and it has made expansion difficult. That’s all about to change though after the recent acquisition of 126 acres of adjoining property from George Criswell.

Criswell is a Cedar Cove board member, and it was his family’s initial 11-acre donation of land in 1997 that allowed Cedar Cove to eventually open at 3783 Kansas Highway 68. The most recent sale of 126 acres was finalized in late 2017, and Klein and Auch have been busy mapping out plans for a large expansion.

“It’s invigorating knowing the possibilities,” Klein said. “There is so much potential locked up here.”

Although the plans still have to be approved by the county, Klein said the current proposed design includes the construction of an Earth dome containing a tropical rainforest, planetarium, event center with views of the animals, greenhouse, classroom space and a new habitat expansion with multiple enclosures for the animals to be circulated through.

The most recent addition to the plans is Powell Observatory.

It was announced earlier this summer that the Astronomical Society of Kansas City (ASKC) plans to relocate from its existing site at Louisburg’s Lewis-Young Park onto Cedar Cove’s recently purchased vacant land.

Powell Observatory, which features one of the largest telescopes open to the public in a five-state area, has operated out of Lewis-Young Park for the past 35 years and previously was looking to relocate to the Louisburg school district’s Circle Grove property before the Cedar Cove land was offered.

Klein said he hopes Cedar Cove and Powell Observatory can work together to create an environment where people can learn about the planet we live on and what we need to do to preserve it for future generations of animals and people.

“We have an opportunity to become a beacon of conservational inspiration,” Klein said.

That message goes beyond the need to save the endangered big cats, Klein said, although that is also an important task. He wants Cedar Cove visitors to also learn the importance of preserving land and not destroying long-term resources for short-term benefits such as tearing down rain forests for farm land or lumber.

Part of Klein and Auch’s plan for the new Cedar Cove property is to restore the land to its natural state by removing invasive species and reintroducing native plants and wildlife to the area. He also plans to install solar panels over a large new parking area to generate environmentally friendly electricity.

Those who visit Cedar Cove now can already get a feel for the atmosphere Klein and Auch are trying to create. A hydroponic garden greets visitors near the front entrance. Klein said he has already harvested cantaloupe, peppers, eggplants, cucumbers and other fruits and vegetables.

Cedar Cove has also partnered with The Kansas Bee Company to introduce two beehives onto the property, as well as an observation hive located inside the gift shop.