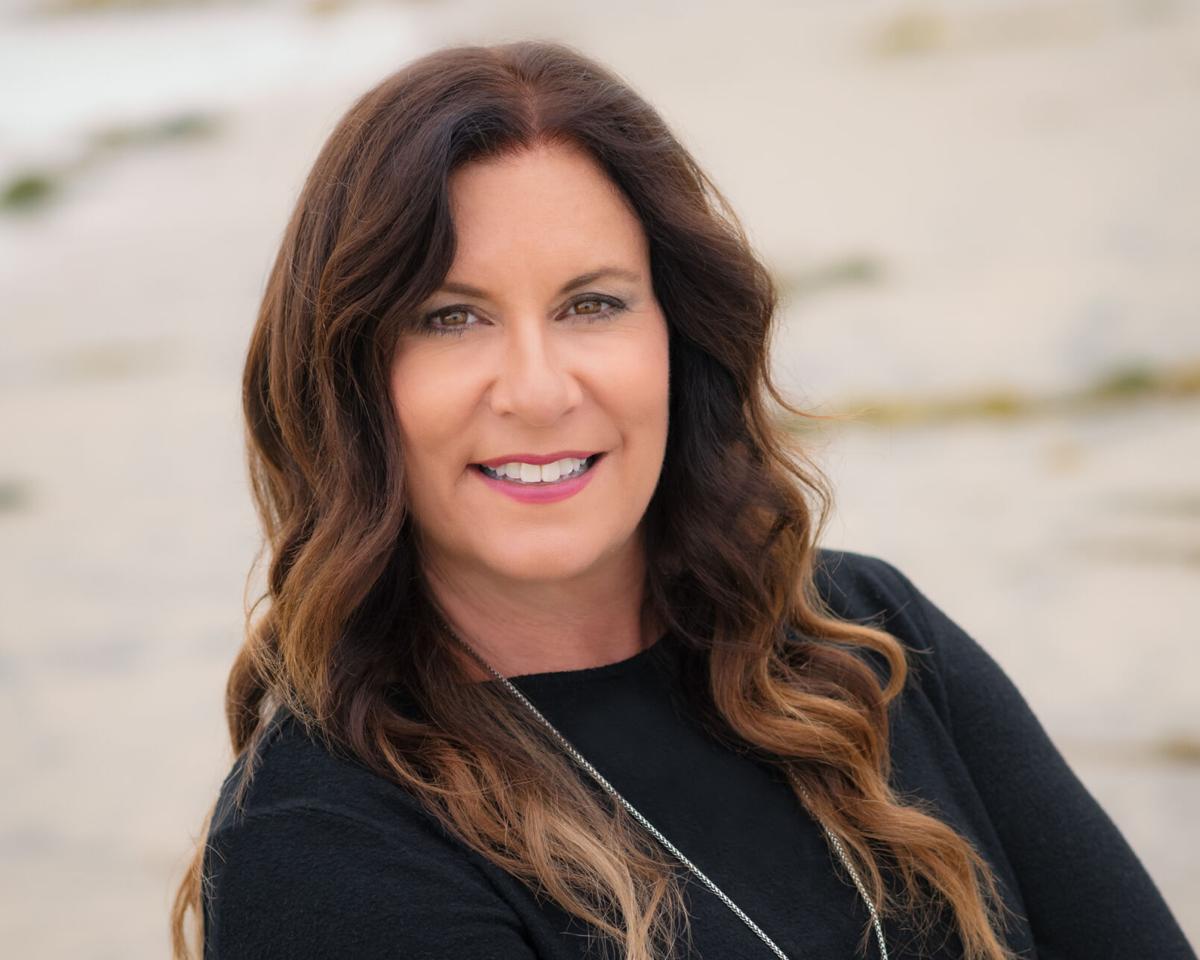 J.M. Huxley is a Louisburg author who has written an award-winning memoir and a children’s book. 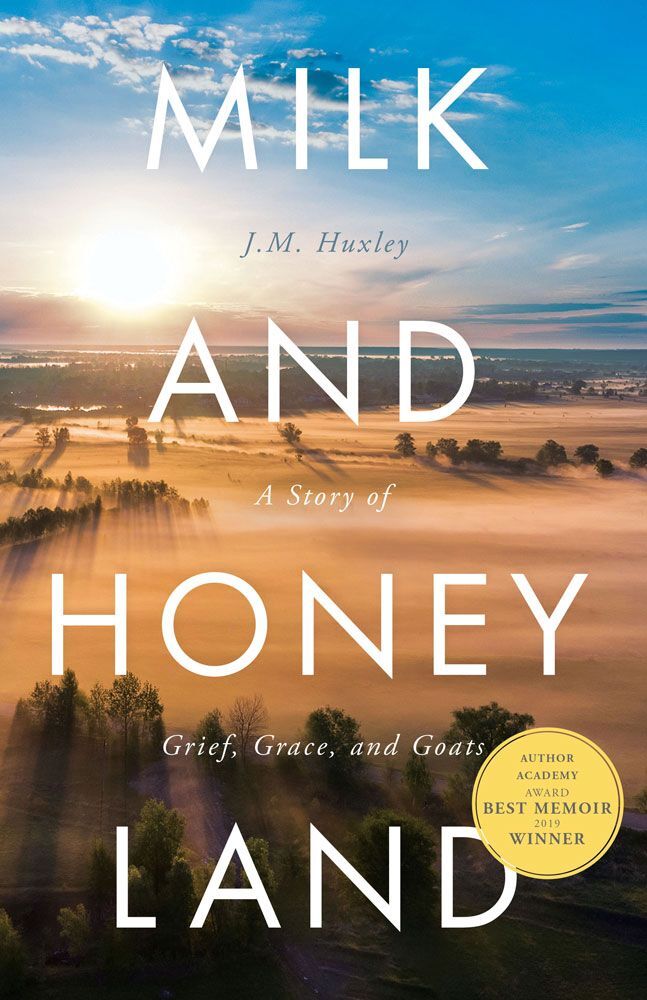 "Milk and Honey Land: A Story of Grief, Grace and Goats" won the 2019 Author Elite Award for best memoir. 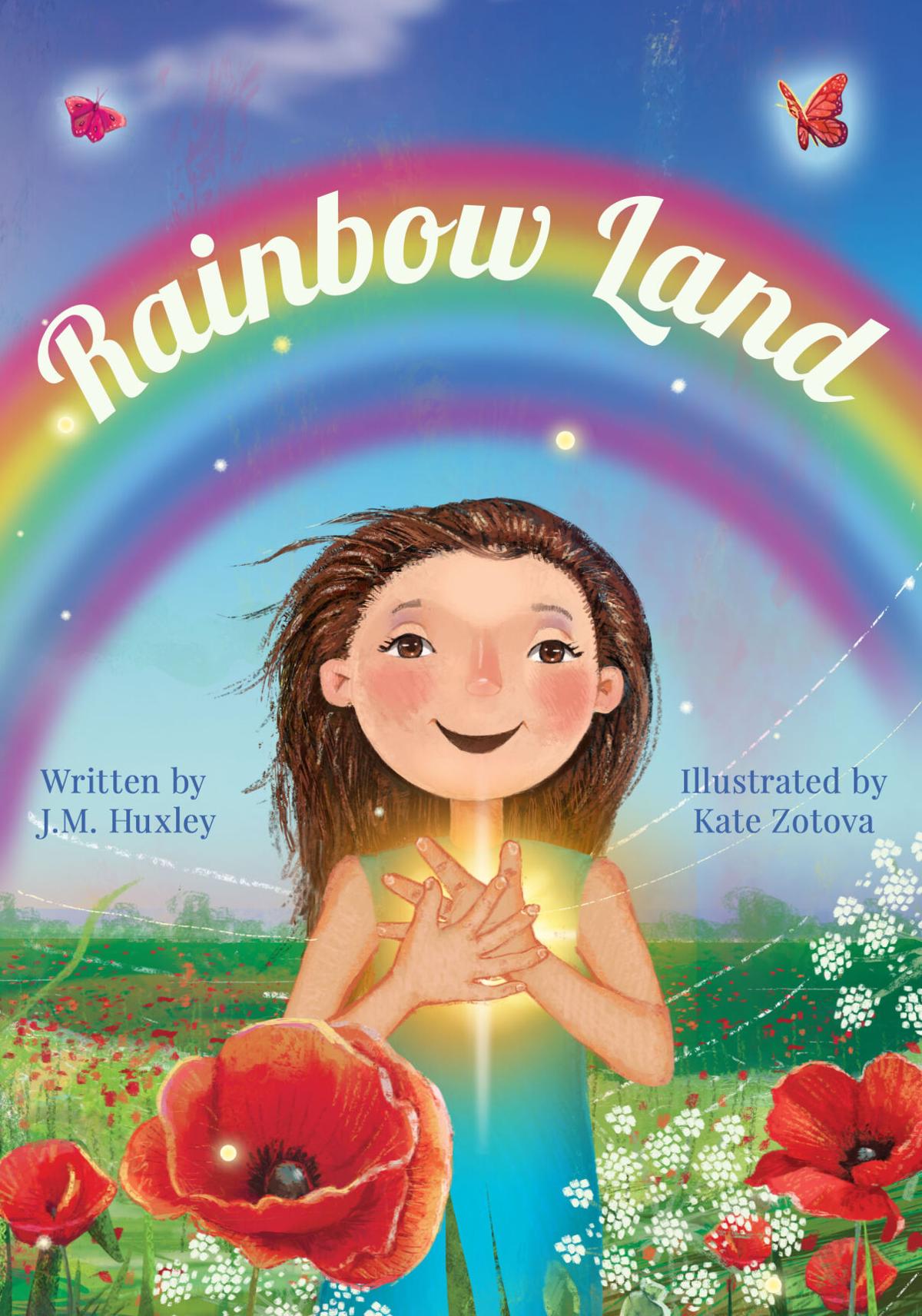 “Rainbow Land” is a children’s book that Louisburg author J.M. Huxley wrote while the country was on quarantine in the spring of 2020. 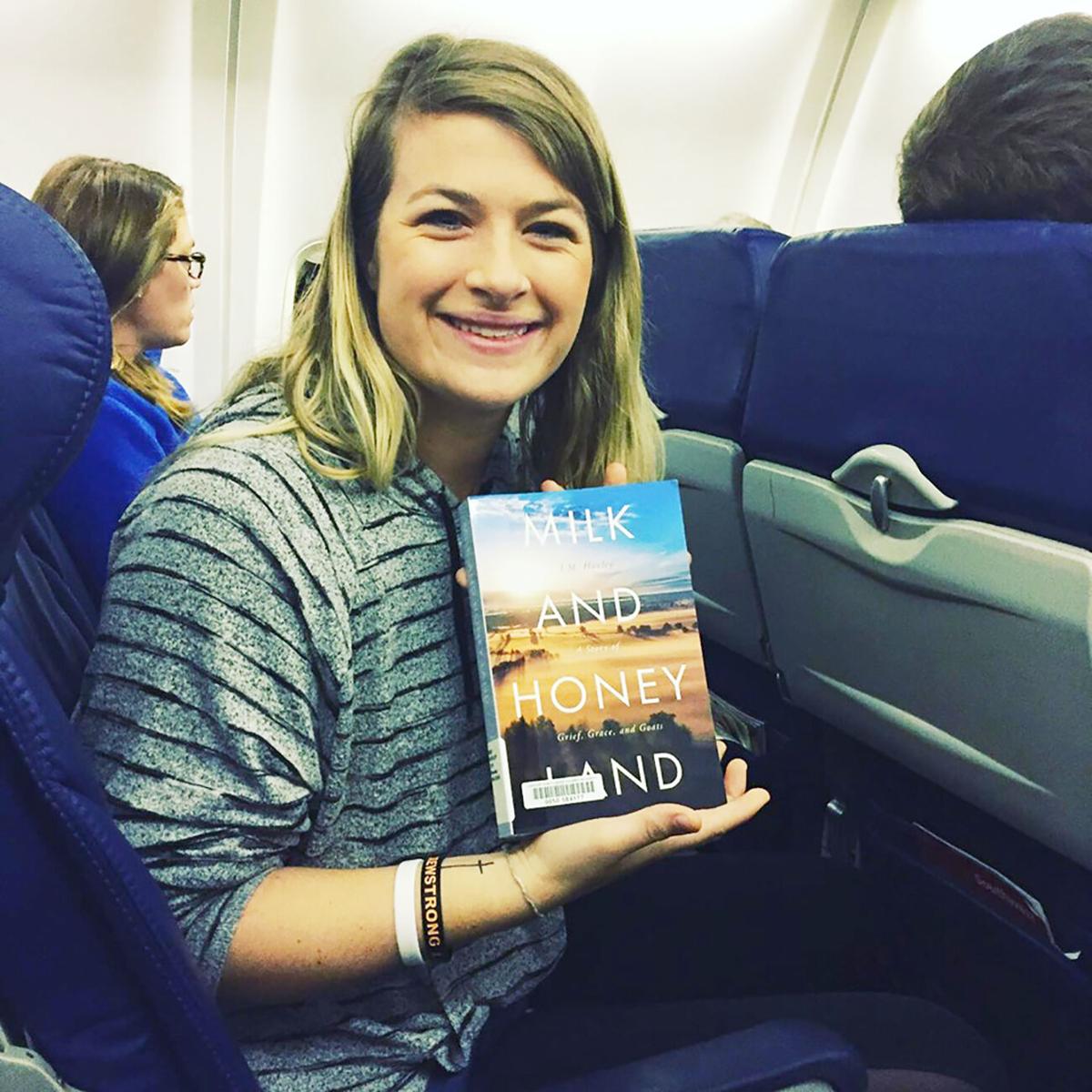 When Louisburg author J.M. Huxley boarded a plane to attend the 2019 Igniting Souls Conference in Ohio, she was amazed to discover she was sitting next to a woman who was reading her book. The woman, Kelly O’Donnell, is now one of Huxley’s friends.

J.M. Huxley is a Louisburg author who has written an award-winning memoir and a children’s book.

"Milk and Honey Land: A Story of Grief, Grace and Goats" won the 2019 Author Elite Award for best memoir.

“Rainbow Land” is a children’s book that Louisburg author J.M. Huxley wrote while the country was on quarantine in the spring of 2020.

When Louisburg author J.M. Huxley boarded a plane to attend the 2019 Igniting Souls Conference in Ohio, she was amazed to discover she was sitting next to a woman who was reading her book. The woman, Kelly O’Donnell, is now one of Huxley’s friends.

LOUISBURG — J.M. Huxley, also known as Janet McElyea, was cleaning out her family’s barn in rural Louisburg and ranting at God when she received some divine inspiration.

The ranting was not uncommon and somewhat therapeutic for Huxley, who had been juggling tasks ranging from homeschooling her children to milking goats on the farm, but on this particular occasion five years ago, she received a response loud and clear.

Huxley called it a humbling experience, and the message truly forced her to slow down and appreciate her life and all that God has done for her.

“He had to get me away from all of the distractions to see Him,” Huxley said.

Writing is a passion of Huxley’s, but until then she had only written on a blog and shared some of her stories with the members of her Bible study group.

They had previously encouraged her to write a book, especially since her life was filled with stories of faith, hope, love, loss, challenges, adventures and amazing coincidences.

For example, in 1978, Huxley was in the eighth grade and living in San Diego. Her home ended up being just a few miles away from the devastating accident site of PSA Flight 182, which crashed into a neighborhood killing all 135 people aboard and seven people on the ground.

The traumatic incident always stuck with her, and a decade later she vividly remembers waking up and having a weird feeling there would be a plane crash that day. Later that day, she learned that her father and four others were killed when a small airplane crashed in a field in British Columbia.

One year later, in 1990, Huxley was flying with a pilot in a small plane giving a traffic report over San Diego when the plane had to make an emergency landing. Thoughts immediately began racing through her mind about how she too was going to die in a plane crash and never get to see her 2-year-old son again.

In another tragic twist to the story, that same pilot and another friend of Huxley’s were killed in a plane crash two weeks later. Huxley said she actually would have been on the plane, but it was Nov. 1, 1990, and she stayed home with her son after trick-or-treating with him the night before.

Huxley’s life has also been filled with career adventures.

After getting a degree in broadcast journalism, Huxley worked for many years as a traffic reporter in the San Diego area. When she moved to the Kansas City area in 1999, she was a single mother, and she said she was in for a lesson in humility.

She and her family ended up on a farm in rural Louisburg, trading in the urban California life for chicks, cats, goats and coyotes.

After home schooling her children, Huxley continues to teach three high school classes today at a private Christian school and is an afternoon news anchor on independent radio.

Writing, though, has been her most recent adventure.

Huxley was obedient to God and started writing her memoirs five years ago. She submitted her completed book, titled “Milk and Honey Land: A Story of Grief, Grace and Goats,” to Midwest Book Review, and it was published in 2019.

The book tells the story of Huxley’s journey and how faith and her quest to find God stayed strong even in the face of grief and the unpredictability of life.

“When you seek truth, you really have to be willing to lose everything in its pursuit,” she said.

The book was immediately well received by those who read it. Dean Torrence, one half of the legendary surf music duo Jan & Dean, said “J.M. Huxley’s description of life in Southern California prior to her life on a Midwestern farm was like a trip down memory lane for me…I still daydream about those days so long ago.”

The book was a top ten finalist in the best memoir category of the 2019 Author Elite Awards, which put Huxley on a plane to Ohio for the Igniting Souls Conference, where the awards would be presented.

She specifically remembers praying to God beforehand, asking him to make the trip a supernatural experience from start to end. She ended up striking up a conversation with a woman at KCI before boarding the plane, and the two sat next to each other. During the conversation she mentioned she recently wrote a book, and the woman blew her mind by saying she was in the middle of reading her book.

“I thought, ‘OK, sure,’ but then she pulled it out of her bag right there. She even read it on the plane. That’s so God,” Huxley said.

To cap off the experience, Huxley’s book won the award for best memoir at the conference.

This year, God had another plan for Huxley. When COVID-19 struck in the spring and everyone went into quarantine, Huxley said she once again heard a message from God to write a children’s book talking about the message of rainbows and the beauty of God’s creations that many people were just now realizing as their lives slowed down.

“Most of the time we’re so busy, we miss it,” Huxley said.

She wrote the book in a day and ended up getting connected with a talented illustrator from the Ukraine named Kate Zotova.

The book once again was a top 10 finalist for an Author Elite Award in the children’s genre category. Although it didn’t win, Huxley said she is proud of the book because it encourages children to appreciate nature as God’s art and rainbows as reminders of his love and promises.

In fact, she hopes both of her books will help people slow down and really appreciate the fact that God is working in everyone’s lives. He even sends signs if you are paying attention, she said.

“God is always sending rainbows to me,” Huxley said. “I am acutely aware of them.”

One of Huxley’s favorite rainbow stories took place at KCI when she had to put her 14-year-old daughter on her first solo flight to San Diego. Huxley remembered it being a clear day, but when she looked out the window there was a giant rainbow directly over her daughter’s plane. Everybody around her stared at it in amazement and commented on how unusual it was, but Huxley knew exactly where it came from.

“That was God, telling me everything was going to be OK,” she said. “I have to put my trust in Him.”

Huxley’s books can be purchased on Amazon.com, and more information can be found on her website at www.jmhuxley.com. She’s also working to launch a podcast talking about what God is doing to assure his people he hasn’t gone missing from the planet. It will highlight stories about miracles and the truth of who God is.