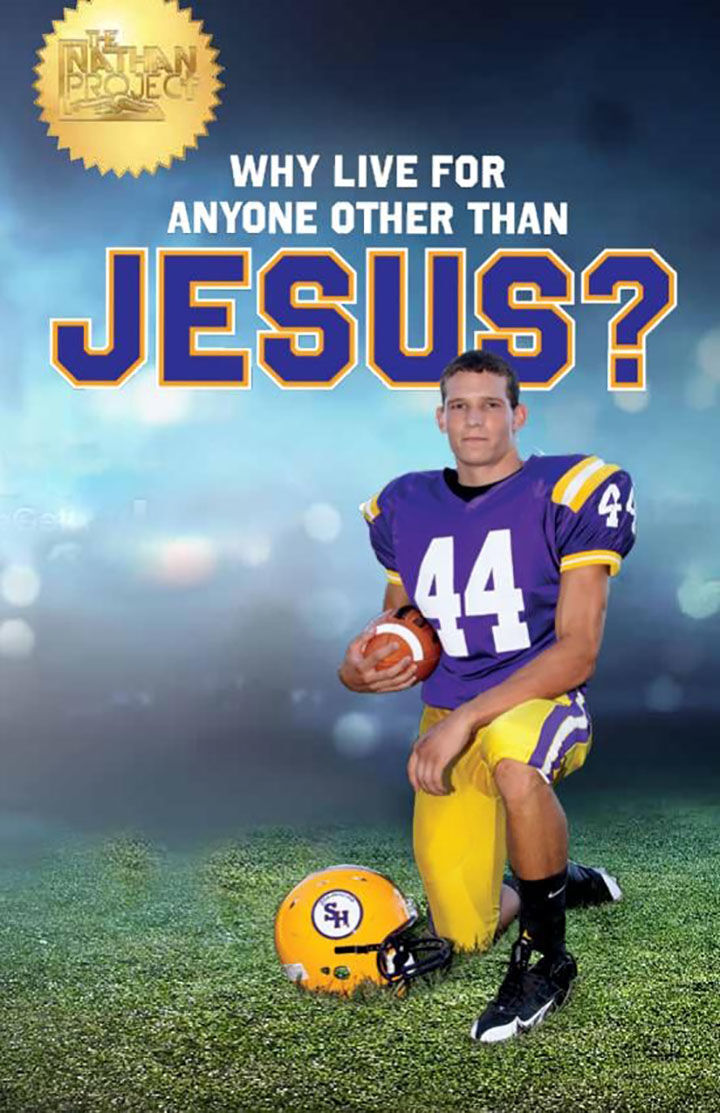 A new book about Nathan Stiles and The Nathan Project is now available on Amazon.com and locally at The Quilted Sunflower in Spring Hill. 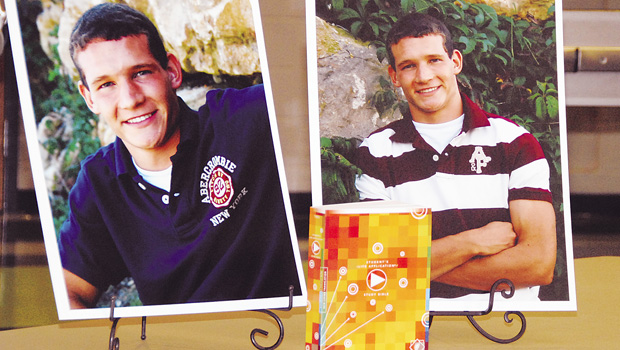 The Nathan Project was established after the death of Spring Hill High School senior Nathan Stiles in 2010, and it works to put Bibles into the hands of those who need one.

A new book about Nathan Stiles and The Nathan Project is now available on Amazon.com and locally at The Quilted Sunflower in Spring Hill.

The Nathan Project was established after the death of Spring Hill High School senior Nathan Stiles in 2010, and it works to put Bibles into the hands of those who need one.

SPRING HILL – When Donnie Prince first arrived in Kansas to begin preparing to write a book about the life of Nathan Stiles, he didn’t know what to expect.

Prince, a self-employed businessman and author from North Carolina, first heard about Nathan’s story 10 years ago while watching a documentary on ESPN.

He learned about how Nathan, a Spring Hill High School senior at the time, collapsed during a football game against Osawatomie in the fall of 2010 and later died at the hospital.

He was truly inspired by the story of Nathan’s fearless expression of his Christian faith, and how his family and friends used that as a springboard for a new Christian effort called The Nathan Project. The goal of the project is to bring more people to Christ by putting a Bible in their hands and encouraging them to sign up for a one-year Bible study class.

Prince felt compelled to share Nathan’s story with even more people to help fuel The Nathan Project’s mission, but he also wanted the story to be told straight from the people directly involved.

“It’s not my story, this is their story,” he said.

That’s why he found himself setting up shop at a hotel in Olathe and visiting a local restaurant during his first night in Kansas to gather his thoughts and prepare for a series of interviews with family and friends.

He was served by a young waiter who happened to notice his accent. The waiter asked where he was from, and Prince explained that he is from the East Coast and in town to write a book about Nathan Stiles.

The waiter shocked Prince by informing him that he went to school with Nathan Stiles, and he considered Nathan to be the nicest person he had ever met.

It was a message Prince would hear time and time again as he talked with those who knew Nathan Stiles.

“Nathan was kind and inclusive of everyone he met,” Prince said. “He shed light on the power of kindness. What a legacy.”

During Nathan’s memorial service at Spring Hill High School, attendees learned that several of Nathan’s fellow students considered him to be their best friend.

Prince was able to watch the memorial service thanks to a video recording made by Spring Hill resident Tom Carbajo. Carbajo also videotaped interviews with several local residents and sent them to Prince, who said the content helped shape the part of the book that talked about the impact of The Nathan Project.

“The interviews made the second half of the book,” Prince said.

Carbajo said almost everyone who was interviewed got emotional talking about the impact that The Nathan Project had on them.

“It was very inspiring to interview and listen to the stories of people who had their lives changed by Nathan Stiles and the Nathan Project,” he said.

The book goes beyond just Nathan’s story, as it also talks about how Bibles handed out through The Nathan Project have already had a positive impact on countless individuals.

Ron Stiles, Nathan’s father and a former Miami County commissioner, said his hope is that the book will continue the Great Commission that The Nathan Project has started.

“Our goal is Nathan’s: ‘Why live for anyone other than Jesus?’” Ron posted to social media while announcing the release of the book earlier this month.

The words were proudly plastered on Nathan Stiles’ Facebook page, and they became the rallying cry for those wanting to support The Nathan Project. They also became the title of Prince’s book, which is available online at Amazon.com or locally at The Quilted Sunflower in downtown Spring Hill.

Ron said all of the proceeds are going to The Nathan Project to help buy Bibles and books.

“This guy spent about two years working on this book, and he, his family and friends put this all together,” Ron said of Prince. “He donated not only his time, but a lot of expenses traveling back and forth to Kansas.”

Prince said he was overwhelmed by the kindness and generosity of the people in Spring Hill and the surrounding community, and he said it was a privilege to help share The Nathan Project’s message.

“I think their story is as powerful a Christian story that I’ve ever seen,” he said. “I hope the book will be used as a witnessing tool. I believe that will happen.”