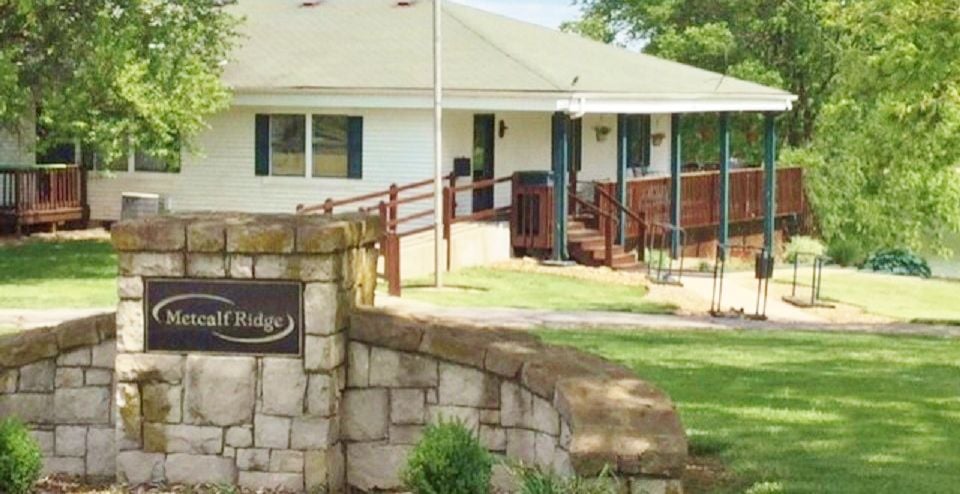 The Louisburg High School golf team poses for a team photo last spring at the Metcalf Ridge Golf Course south of Louisburg. The course is up for sale or lease.

The Louisburg High School golf team poses for a team photo last spring at the Metcalf Ridge Golf Course south of Louisburg. The course is up for sale or lease.

LOUISBURG — Metcalf Ridge Golf Course recently closed, but local interest in the course could ensure that it is not forgotten.

“The owner has previously asked me if the city would be interested, and was noted that way in the council meeting last week, but no public discussion has previously occurred by council to consider purchasing the property,” Law said Monday.

Law said the property is for sale or lease. After local operators decided to pursue other interests, Law said Welch had no other local options for operating Metcalf Ridge. The course is part of the city, though all the land around it is under the county.

Law said he will look at several scenarios and report back to the City Council. Some options could include turning Metcalf Ridge into a municipal course either owned by the city or through a public-private partnership. Another option would be to seek out a private buyer.

Not all Louisburg Park & Tree Board members thought adding a golf course to the city amenities would be a good idea because of the cost to run it. But at its meeting Monday, the board made a unanimous motion to have city staff explore options for the golf course.

Law emphasized no decisions have been made by the city regarding the course’s future.

“No official direction was given, but staff offered to spend time running considerations based on the stated interest in retaining a local golf course,” Law said.

If the city would purchase the property and turn it into a municipal course, Law said some advantages would be that it provides a quality-of-life amenity for local residents; provides a place for the next generation of golfers to learn and play the game; and continue to be made available to the Louisburg High School golf team for practice and competition.

Law said some of the disadvantages would be coming up with the funds to purchase the course, paying for already identified infrastructure improvements, and getting the course itself into playing shape again. Then there would be the annual cost of maintaining the course, he said.

“Municipal golf courses, in general, are not money makers,” Law said. “The best you hope for is to break even.”

Municipal golf courses provide a quality-of-life amenity for the community, much like public swimming pools and city parks which also are not profit centers, Law said.

If the city would be interested in purchasing Metcalf Ridge, it would have to be approved by the City Council, he said.