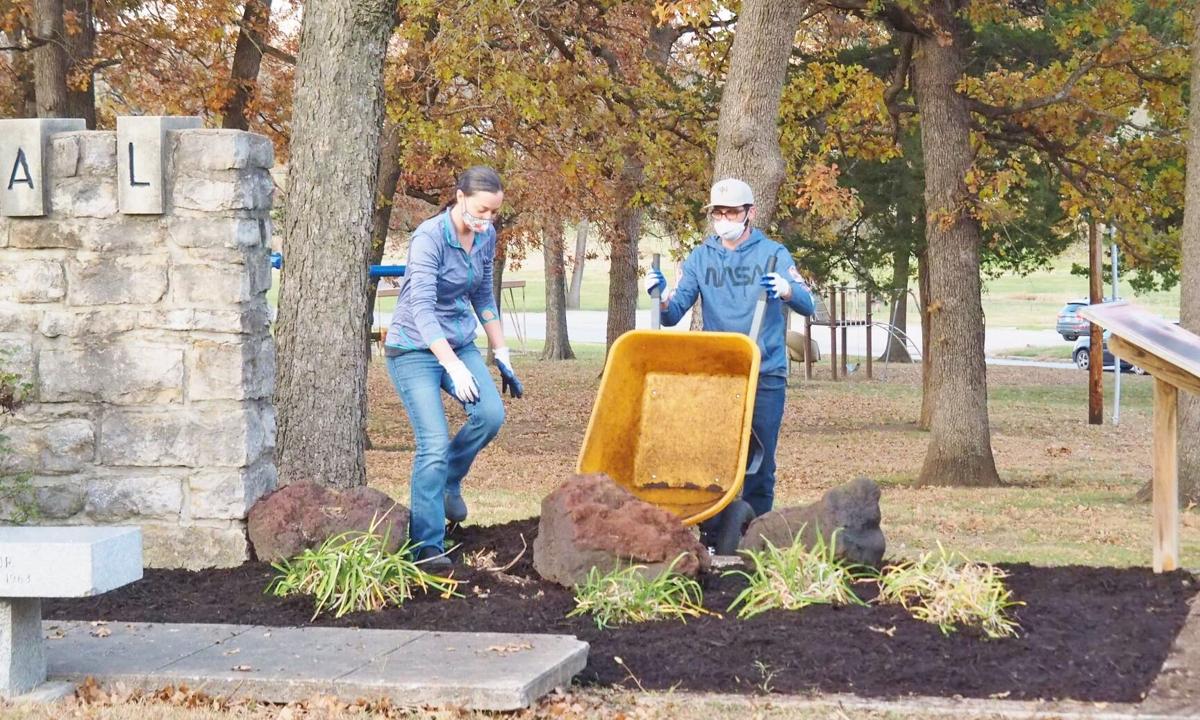 Fourteen PRIDE volunteers recently were out spreading mulch and sprucing up John Brown Park and the Soldiers Monument in Osawatomie, with help from Nick Hampson and sponsor Halls Bobcat Service who donated time and mulch for the project. 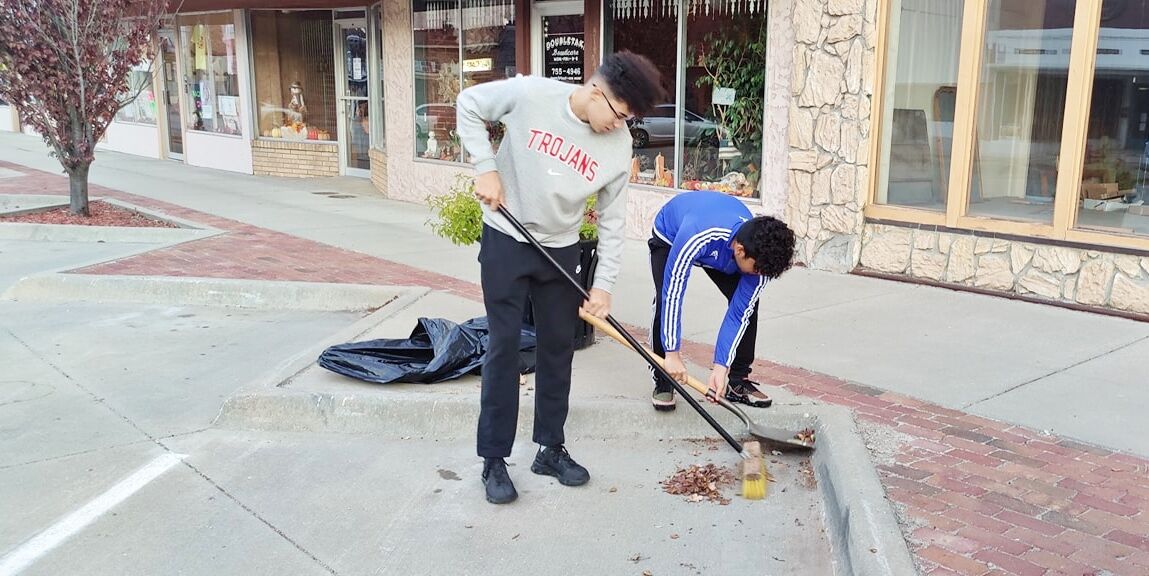 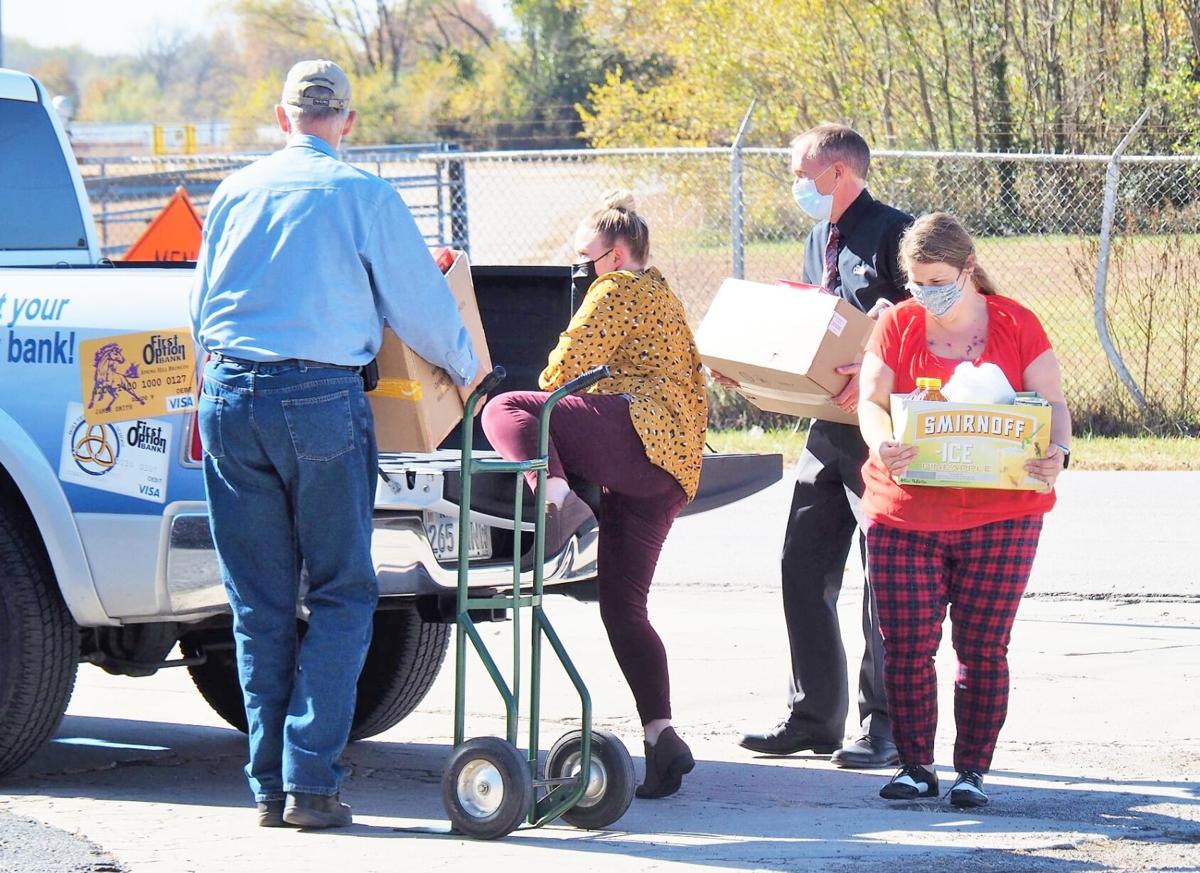 Osawatomie PRIDE volunteers and some of their sponsors collected more than 650 items for Osawatomie’s food pantry. 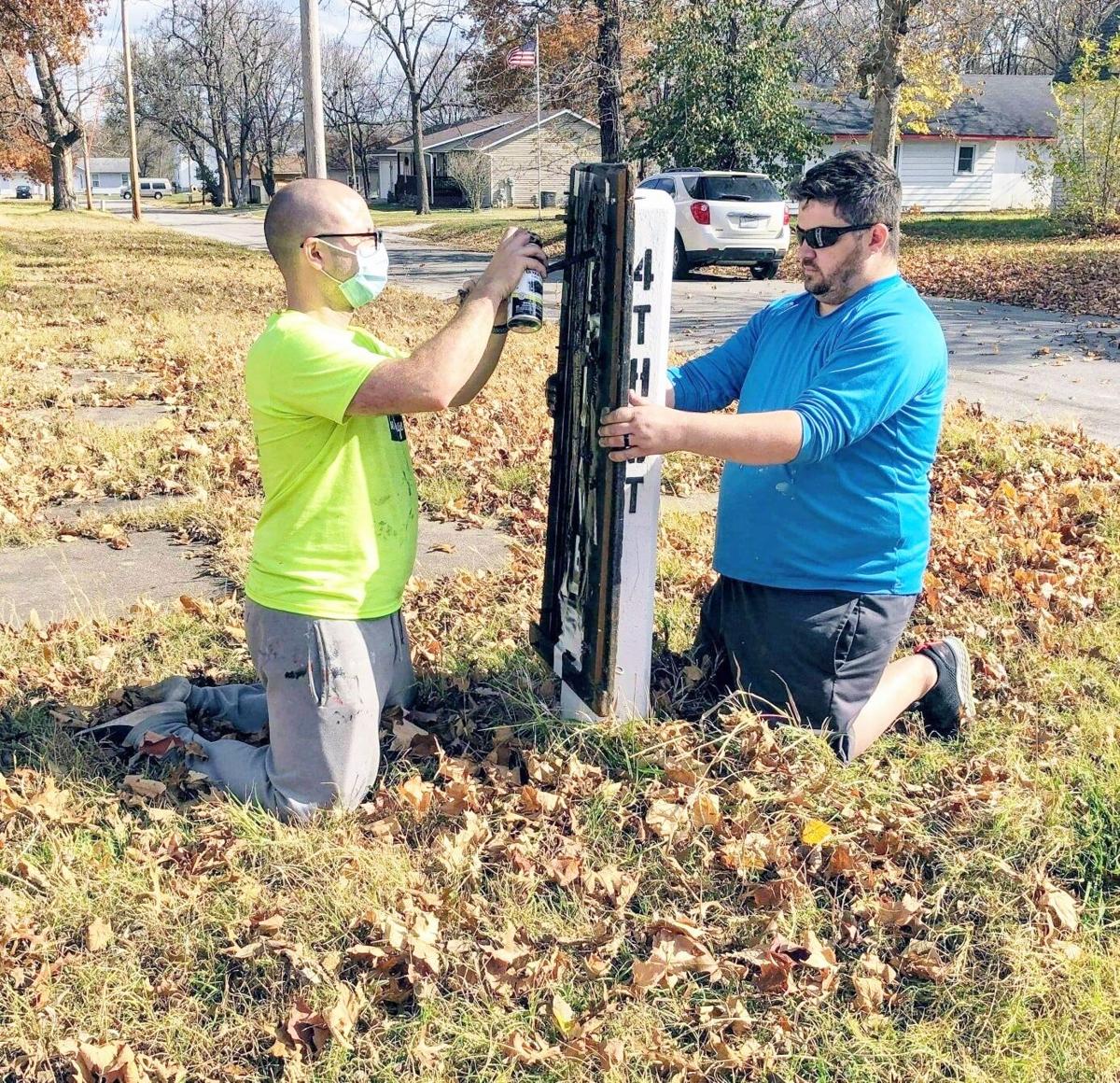 Fourteen PRIDE volunteers recently were out spreading mulch and sprucing up John Brown Park and the Soldiers Monument in Osawatomie, with help from Nick Hampson and sponsor Halls Bobcat Service who donated time and mulch for the project.

Osawatomie PRIDE volunteers and some of their sponsors collected more than 650 items for Osawatomie’s food pantry.

OSAWATOMIE — “Be the Change” is the Osawatomie PRIDE group’s slogan.

City officials, business owners, community members and others have credited Osawatomie PRIDE with already making a positive change in the community.

PRIDE volunteers have completed several projects since this summer:

Vice President Kari Bradley said the PRIDE’s “Be the Change” slogan speaks to what the group is trying to do.

“We are a passionate group of people of all ages and backgrounds that want to take care of the community that we live in,” Bradley said.

One of the best things about the organization is that it is open to all ideas, to all volunteers, to project suggestions and any amount of time community members are able to give, Bradley said.

“We have about 50 members with a core group of about 10 to 15 that show up to everything,” Bradley said. “We have succeeded in igniting Osawatomie PRIDE in people who have not necessarily been involved with civic groups in the past.”

Bradley said the group has received support on many fronts, including the city of Osawatomie, City Manager Mike Scanlon, Mayor Mark Govea, the City Council, the Osawatomie Chamber of Commerce, community members, business owners, sponsors and the list goes on.

Bradley said Govea has been diligent about taking pictures for the group to help get their story out to the public. She said PRIDE also has an amazing group of sponsors who have helped us fund some of our projects so far.

“This is one group that represents the energy and potential to make things better in this community,” Mayor Govea said. “With all the problems in the world today, this is a little breath of fresh air. We’ve had our share of complaints about Osawatomie, and I believe this group is establishing a new theme ‘Be the Change’.”

“Right now we are in the ‘proving ourselves’ stage of work,” said Bradley, who is also the executive director of the Osawatomie Chamber of Commerce. “We wanted to be able to have numerous projects under our belt before needing much in the way of funding/grants. We wanted to be able to show that we were able to get this group organized, with full -time jobs and a pandemic and personal lives, and I believe we have done that.

“It is amazing how far this group has come since June, and we are really snowballing,” she said.

“I love seeing people getting excited about this change,” Bradley said. “I don’t want recognition, that is not why any of us are doing these things. Someone recently was complimenting PRIDE’s efforts in a Zoom call, not because I was there — he didn’t know that I even had a connection to the group and I didn’t point it out — but he was singing praises because he has seen a change.“

Bradley said the volunteers have fun doing the worst kind of jobs because the group has such a positive, “go-get-it attitude.”

“Picking up trash is fun with a buddy, even early on a Sunday morning,” she said.

“A PRIDE group was active in the 1970s and earlier in the 2000s,” she said. “We worked with and took material from members of previous groups during our organizing period and were able to come up with a good balance of old and new.”

“We each bring something different to the table and have different skills that have gotten this group up and going,” she said.

Bradley credits Duncan for getting PRIDE up and going again.

“He was really the one behind the original framework,” she said.

PRIDE had a huge month in October.

“We had our First Annual Community PRIDE Month which included 20 days’ worth of service as well as a food drive,” Bradley said. “Together with the Osawatomie Chamber, First Option Bank, Landmark Bank, Barden’s Family Dentistry, and Bradley A/C & Heating we donated over 650 items to the Osawatomie Food Pantry as well as some matched funds.”

Bradley said the Osawatomie Volunteer Fire Department helped get the street sign project off the ground.

“We joined with the Community Garden for a cleanup on a Saturday morning,” she said. “These are the types of things that I love — joining with other businesses, groups and organizations to make an even bigger impact.”

PRIDE has some bigger projects in mind for the future, including continuing the Soldiers Monument makeover, and more work in John Brown Park

“We will spend these next couple of cold months really planning and organizing further, so we are ready to go on some big things in the spring,” Bradley said.

Govea said the PRIDE group has caught the attention of many people interested in Osawatomie, some living in the immediate area and those that once lived here and now just follow happenings from afar.

“It’s been more than just a group that cleans up,” Govea said. “The group has brought people together both young and old. I’m excited to see people volunteer that I have not seen volunteer in the past. All with the goal of making things a little bit better and all seem to have fun doing it.”