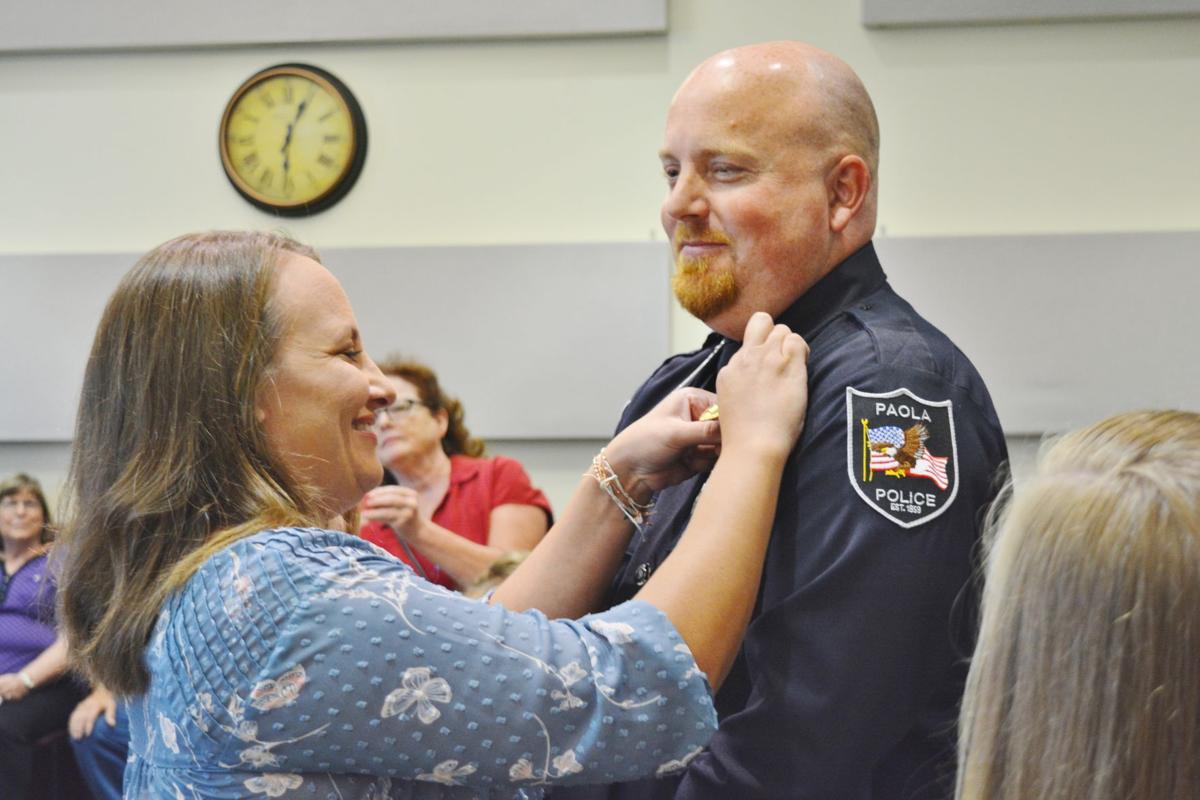 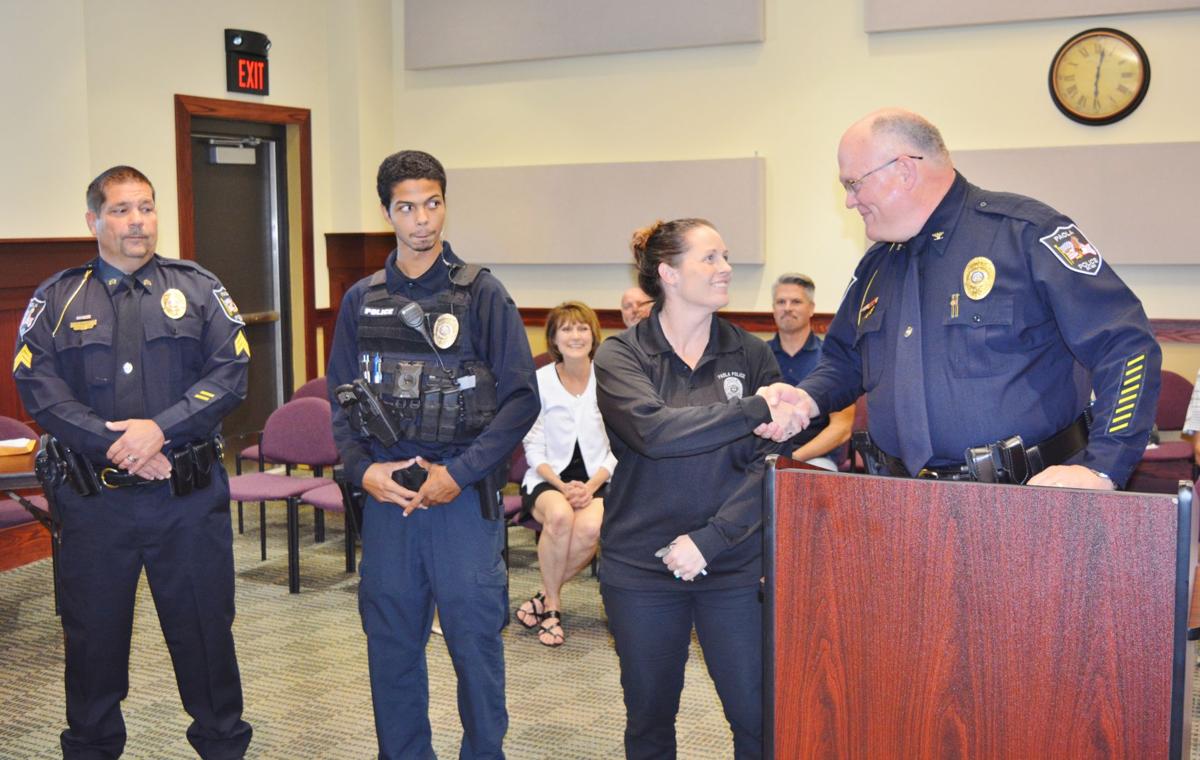 The staffing changes were announced by Paola Police Chief Don Poore during the August meeting of the Paola City Council.

Poore said Brooke Douglass is the department’s new communications officer. She was hired May 15 and has already gone through her dispatch training period.

“Brooke is a longtime Miami County resident,” Poore said. “We are very happy to have her in our dispatch center and part of our law enforcement family.”

Poore said Tim Hill is the department’s newest police officer. He was hired July 22 and is currently in the field training portion of the training program. The 22-year-old soon will be attending the police academy.

“Tim is originally from the state of Georgia,” Poore said. “He served in the U.S. Army as an MP from 2015 to 2019. We are very pleased to welcome Tim to our patrol division.”

“Marc will work closely with Capt. Kevin Colwell in the investigation of drugs and more serious crimes,” Poore said.

Miller was hired by the Paola Police Department in 2017 and was promoted to sergeant in 2018. He has a total of nine years of law enforcement experience.

A special pinning ceremony took place during the council meeting in recognition of the promotion of Luke Hornbacher from the rank of patrol officer to patrol sergeant.

Hornbacher was hired as a patrol officer in 2015.

“Throughout Luke’s career with the Paola Police Department, he has been awarded multiple awards, including life-saving awards and being a silver award recipient of the 2017 Kansas Association of Chiefs of Police Award of Valor,” Poore said. “Effective Aug. 5, Sgt. Hornbacher began supervising the midnight shift.”