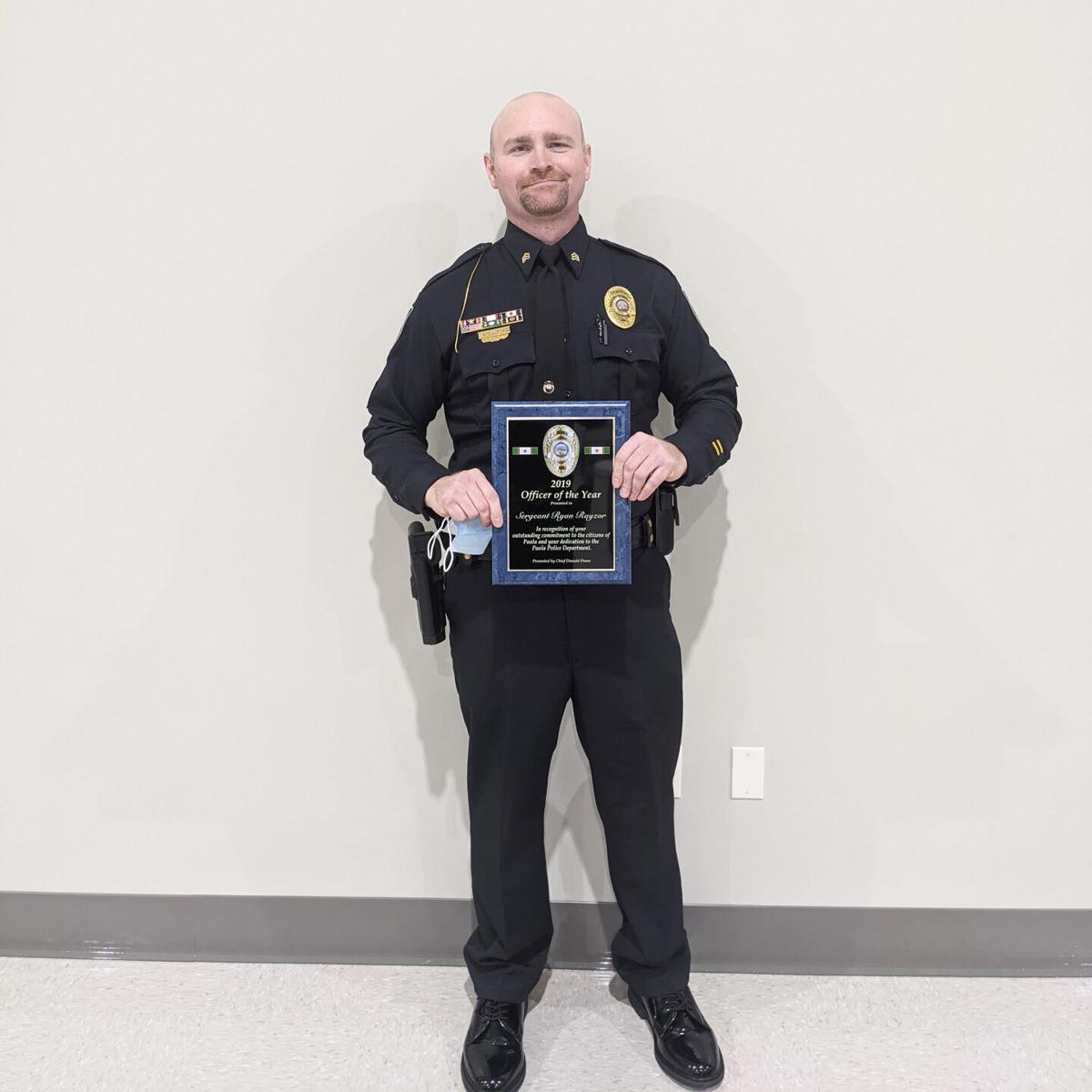 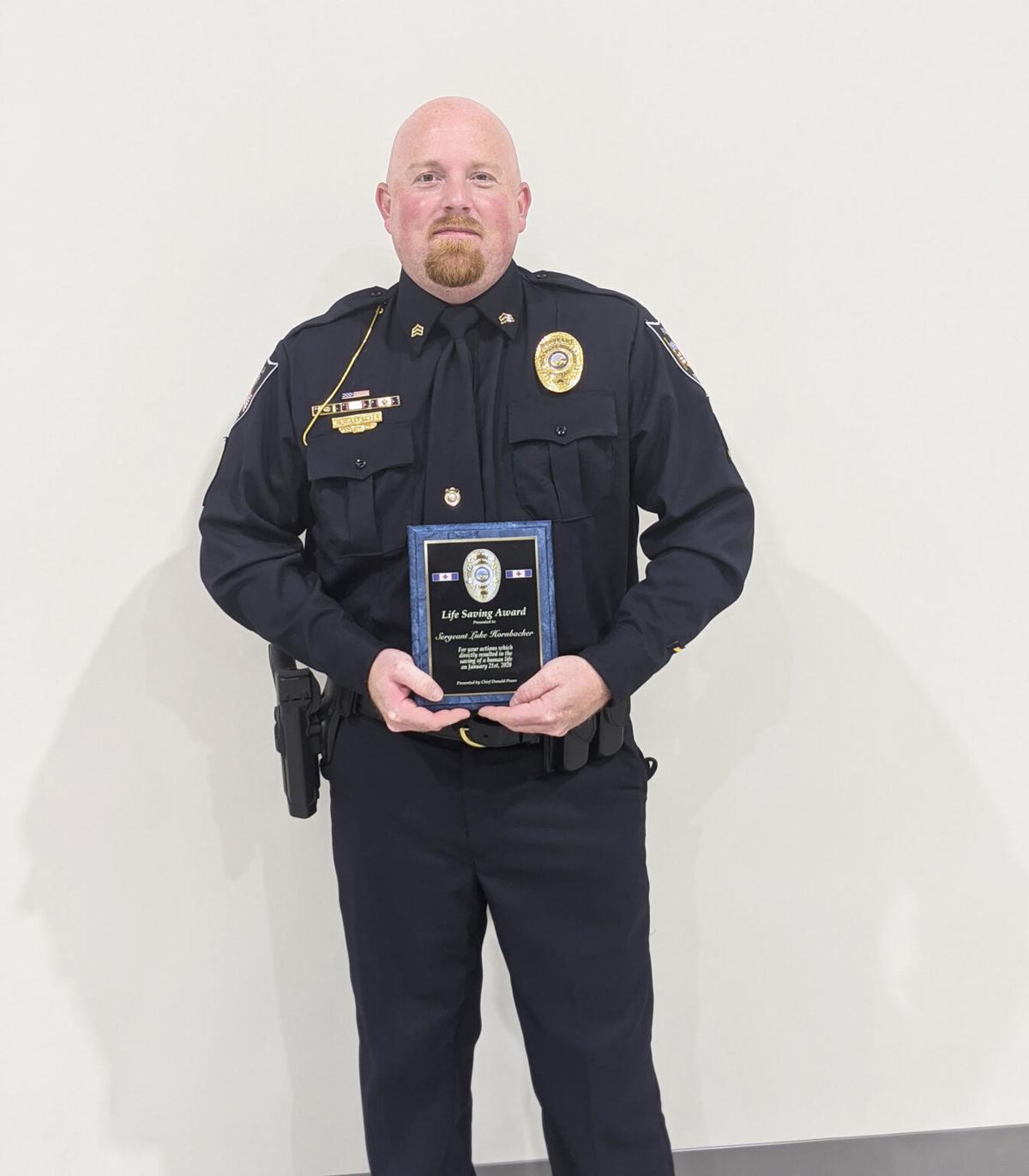 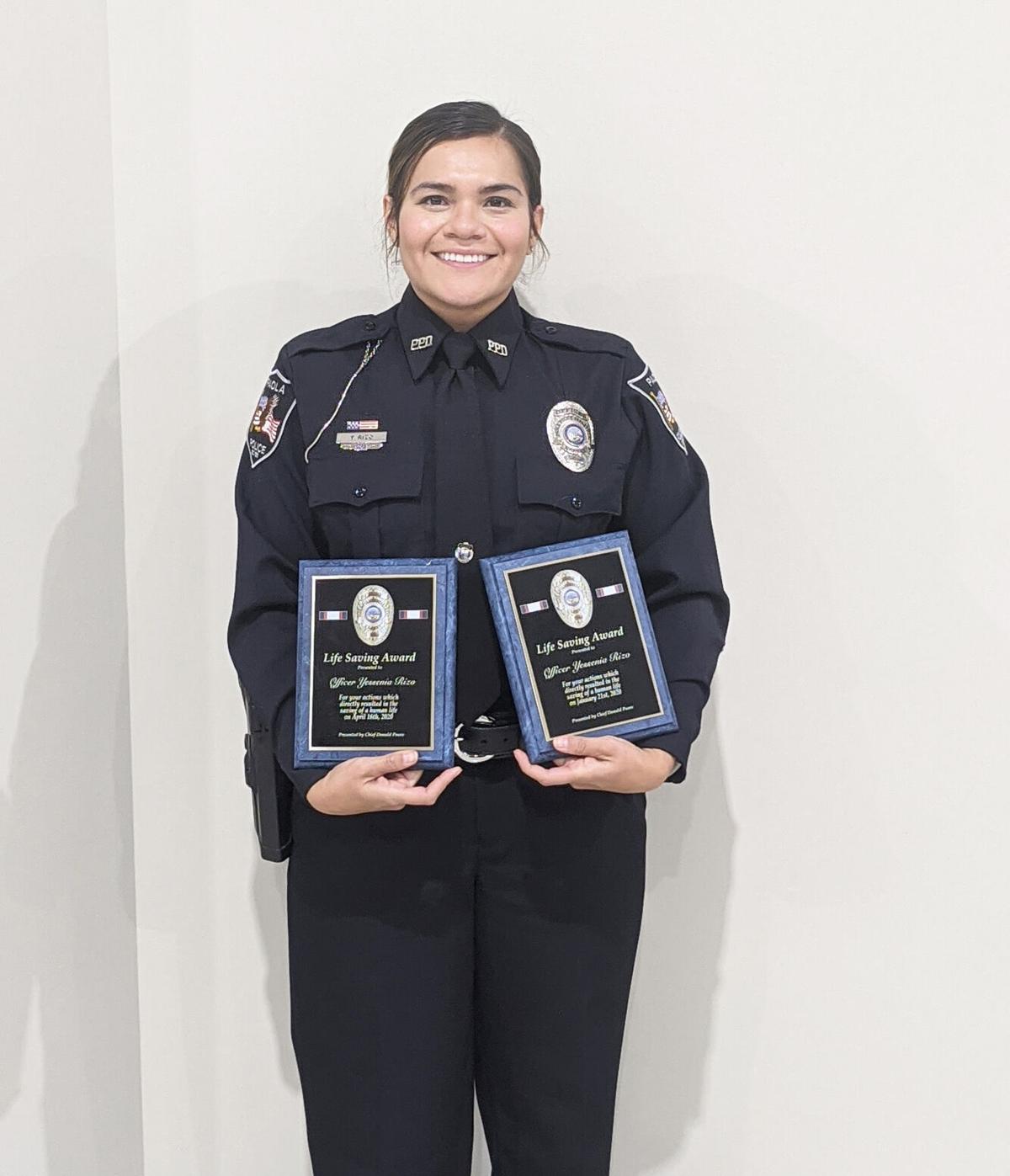 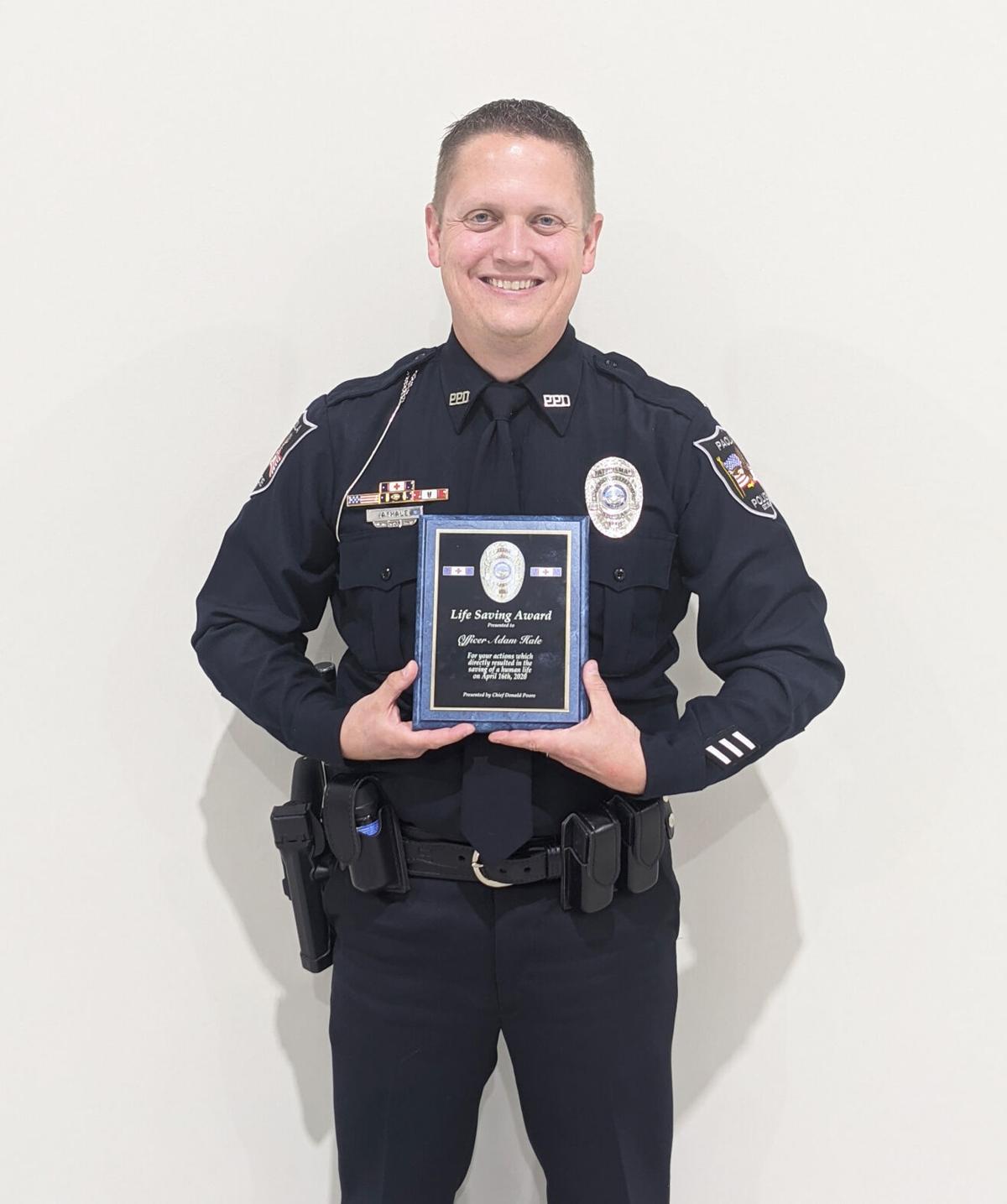 The annual banquet started two years ago and is typically held during National Police Week in May, but it was delayed this year due to the COVID-19 pandemic.

Paola Police Chief Don Poore said there is a specific process in place for how the awards are chosen, and they aren’t given out for every good deed.

“The awards must first be recommended and then written up and submitted up the chain of command, ending up on the chief’s desk for final approval,” Poore said. “The three best duties of a chief of police are hiring, promoting and presenting distinguished awards. I’ve enjoyed doing all three over the past three years as chief.”

The following is a breakdown of the awards that were presented during the banquet Oct. 18 at the Holy Trinity Activity Room.

Sgt. Luke Hornbacher and officer Yessenia Rizo received the Life Saving Award for using an automated external defibrillator (AED) and CPR to revive an unconscious man who had no pulse. The man was transported to Olathe Medical center, where he was able to make a full recovery. The incident took place on Jan. 21, 2020.

Officer Adam Hale, officer Yessenia Rizo and citizen Nickki Lofing received the Life Saving Award for using CPR to help a local resident who had stopped breathing after choking on food. The man was transported to a hospital, where he did survive. The incident took place April 16, 2020.

Officer of the Year Award

Sgt. Ryan Rayzor received the 2019 Officer of the Year Award.

Rayzor’s fellow officers had plenty of positive things to say about him, including:

“Sgt. Rayzor constantly works to achieve a better future for the Paola Police Department and its employees. He constantly works with officers by coming in, at times on his own time, to help sharpen their skills. Sgt. Rayzor has taken a personal interest in every single patrol officer and even in his fellow sergeants to make us all better.”

Another co-worker said, “Sgt. Rayzor is the type of leader that I personally strive to become.”

“Ryan truly cares for every employee of the Paola Police Department, and he shows it through both his words and actions,” Poore said. “Ryan is a true leader in our organization, and I am extremely proud to have him as a part of our team.”