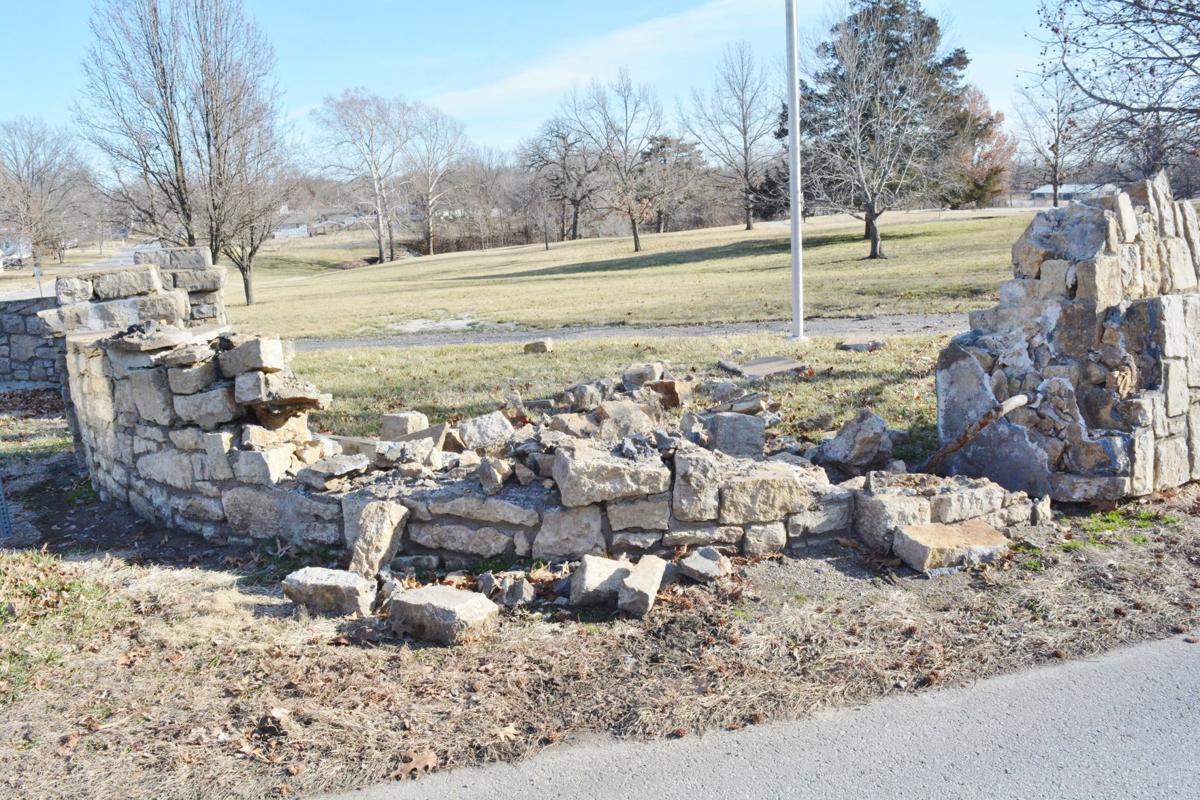 The rock wall near the entrance to Wallace Park in Paola is still damaged after a truck smashed through it in the early morning hours of Dec. 15. 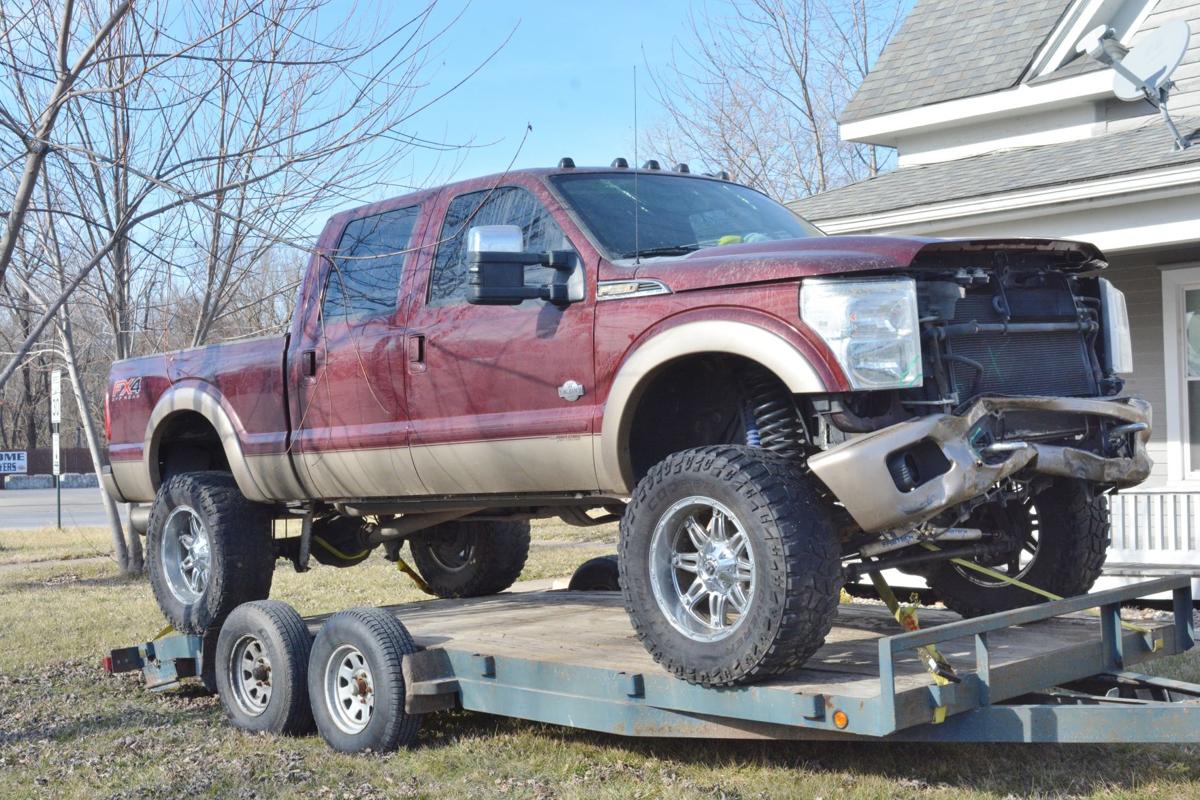 Paola police officers were able to track down the 2012 maroon Ford F-250 truck that smashed into the rock wall at Wallace Park in December.

The rock wall near the entrance to Wallace Park in Paola is still damaged after a truck smashed through it in the early morning hours of Dec. 15.

Paola police officers were able to track down the 2012 maroon Ford F-250 truck that smashed into the rock wall at Wallace Park in December.

PAOLA — It appears the mystery of the damaged rock wall at Wallace Park has been solved thanks to some good police work and a little luck.

It didn’t take Paola residents long on the morning of Sunday, Dec. 15, to realize that something had smashed through the iconic rock wall near the entrance to Wallace Park off Osage Street. There was a large hole in the wall, and crumbling pieces of rock were strewn about.

But with no damaged vehicle in sight, it was up to Paola police officers to try and track down what happened.

Police Chief Don Poore said officers questioned neighbors and were able to acquire security camera footage of a maroon truck they believed was involved in the accident.

Officers were on the lookout for the vehicle, but they still needed a break in the case. That break came when an off-duty Paola officer was recently traveling north on U.S. Highway 169 near Spring Hill when he saw a damaged maroon truck on a trailer along the shoulder of the highway. The vehicle pulling the trailer had a flat tire.

The officer contacted dispatchers in Paola, who contacted the Spring Hill Police Department. Poore said the Spring Hill officers did an excellent job of questioning the driver, who ultimately admitted to driving into the rock wall at Wallace Park.

According to the accident report, John L. Zawacki, 27, of Paola, was driving a 2012 maroon Ford F-250 truck west on Osage Street at 2:50 a.m. Dec. 15 when he turned south into the park and lost control of the vehicle, which hit the rock wall.

Zawacki, who lives a short distance from where the accident took place, was issued a citation for leaving the scene without reporting the incident.

City officials said a $5,000 insurance claim has been filed, and they expect that the rock wall can be restored to its previous appearance.