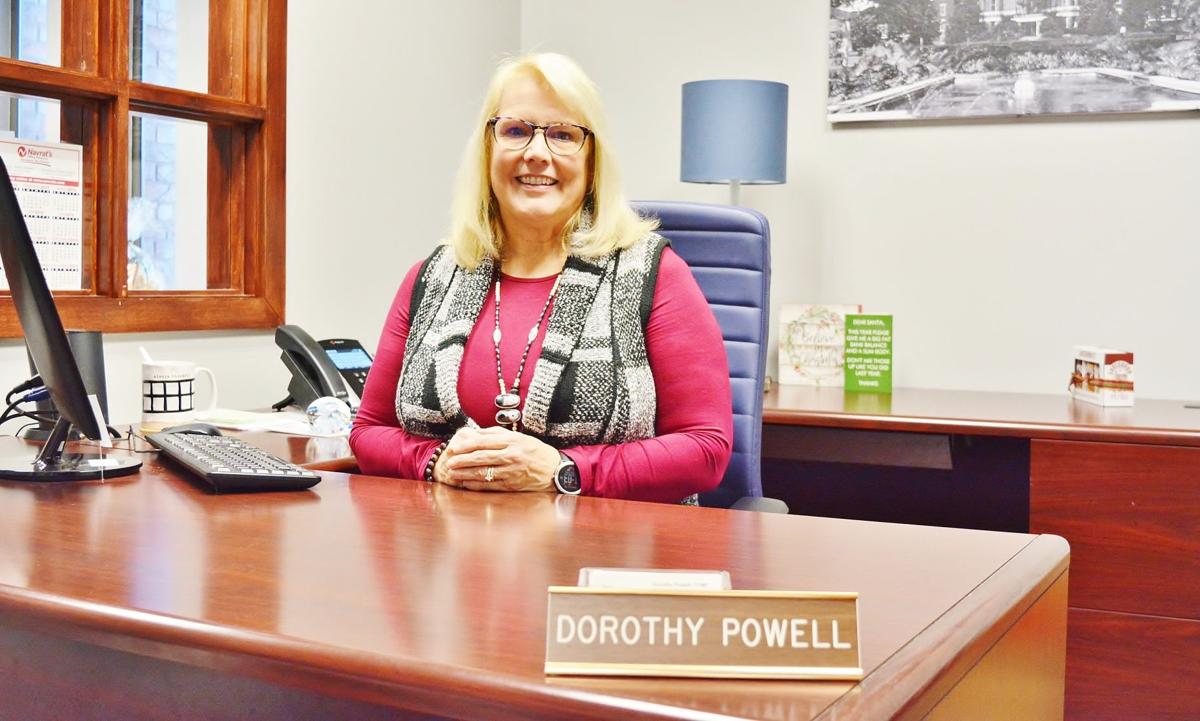 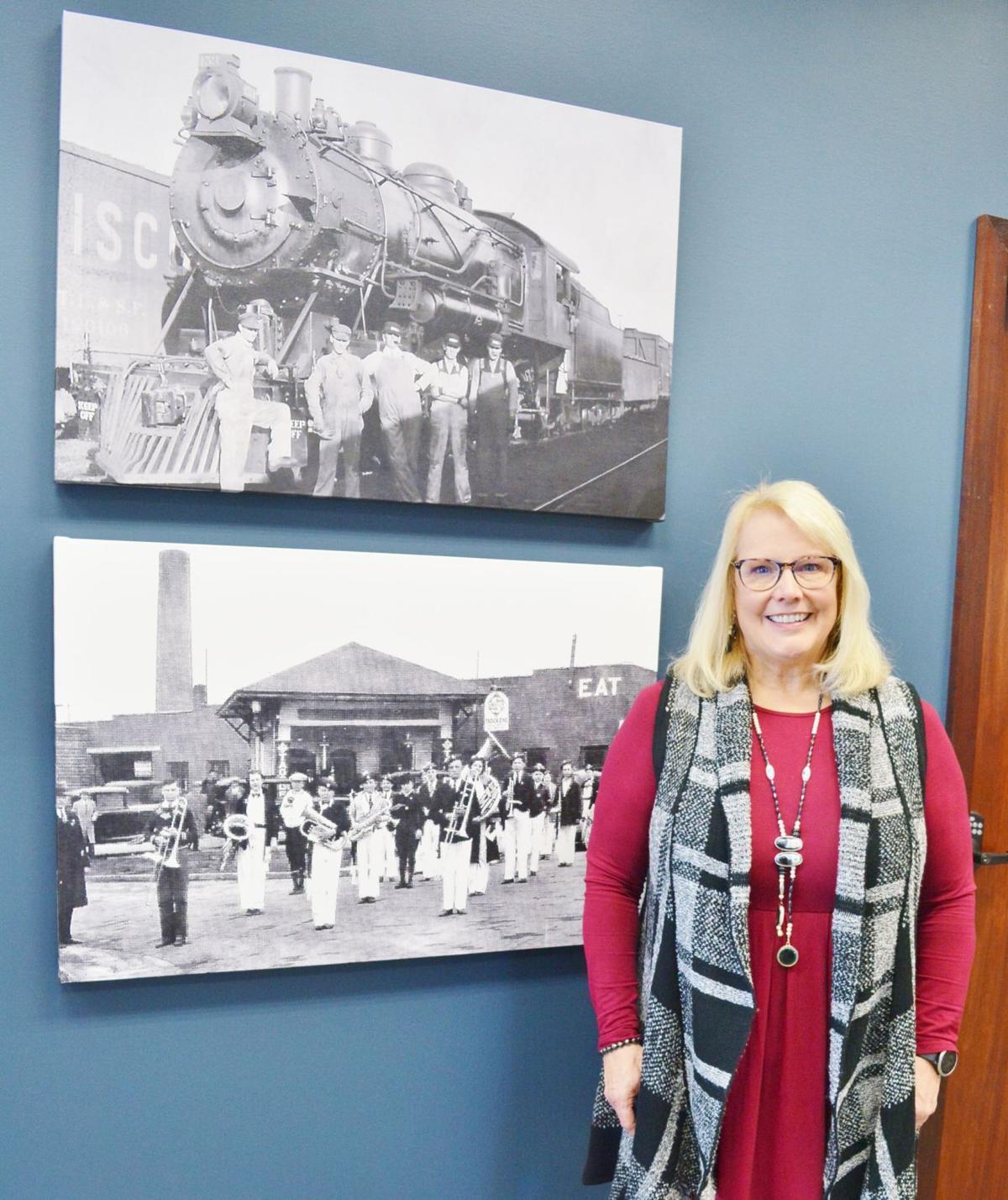 Dorothy Powell, retiring senior vice president and director of marketing at First Option Bank in Osawatomie, said she is proud to have served for an organization that is so active in the community and focused on helping its customers.

Dorothy Powell, retiring senior vice president and director of marketing at First Option Bank in Osawatomie, said she is proud to have served for an organization that is so active in the community and focused on helping its customers.

Powell, senior vice president and director of marketing, was wrapping up the last day of her more than 16-year tenure with the Osawatomie bank Friday, Dec. 20. Community members, colleagues and others from the surrounding area congratulated Powell and wished her well at a retirement reception held at the bank earlier in the week.

Powell said she will miss working at the bank but is looking forward to spending more time with family and traveling with her husband, Donald Powell, who retired at the end of August from Kansas Gas Service.

“It’s a day of mixed emotions,” Powell said Friday as she stood in the doorway of her office.

Powell’s career began when she was a teenager in the mid-1970s.

“I got started in community banking actually as a senior in high school through the office education program at Paola (High School),” Powell said. “I interviewed with ‘Dub’ Hartley at Miami County National Bank, and that’s where I got my start in 1974.”

“I was secretary at Paola High School from 1980 to 1989. I worked for Larry McGee,” she said. “With three girls, I wasn’t really looking at it as a career as they were growing up. I was just kind of working in positions that gave me some flexibility to have time with them to be Mom, too, but not a stay-at-home mom.”

“My youngest daughter and her family are in Olathe, and two daughters live in Paola,” Powell said. “We’re a Brady Bunch family — I have three stepsons and they are all in the Osawatomie area, so everyone is close by.”

Powell plans to spend more time with her 13 grandchildren and great-grandson, she said, and also do a bit of traveling with her husband.

“Alaska is kind of one of the first trips we hope to get planned,” Powell said. “There is a cruise and a land tour that we are interested in doing.”

Powell said her career at First Option Bank has been rewarding.

“I appreciate the opportunity I’ve been given here. I just feel really proud to be a part of First Option Bank because they are so supportive of the community and care so much about the customers,” she said. “People who bank with us, the deposits here go back into the community to help local businesses and individuals in the community.”

One example of the bank’s community involvement has been the school logo card program, which benefits area schools when customers use their bank card to make purchases.

“The school logo card program was established in 2007, and since that time we have raised over $1.5 million for the area schools,” she said. “That’s just been wonderful to be a part of that.”

Powell said First Option Bank has been like family.

“It’s just a wonderful group of people to work with,” she said. “I’ve made lots of friends and acquaintances I wouldn’t have made otherwise.”

For the past six years, Powell has been involved in the Moon over Miami event with the Olathe Health Charitable Foundation.

“I enjoyed being a part of those fundraising efforts for the local medical center,” she said.

Powell has served on the board of directors for both the Paola and Osawatomie Chambers of Commerce. She also has been involved with the Paola USD 368 Endowment Association.

Powell plans to remain active on the civic front.

“I am retiring from my position here, but I still plan to be involved in the community,” she said.