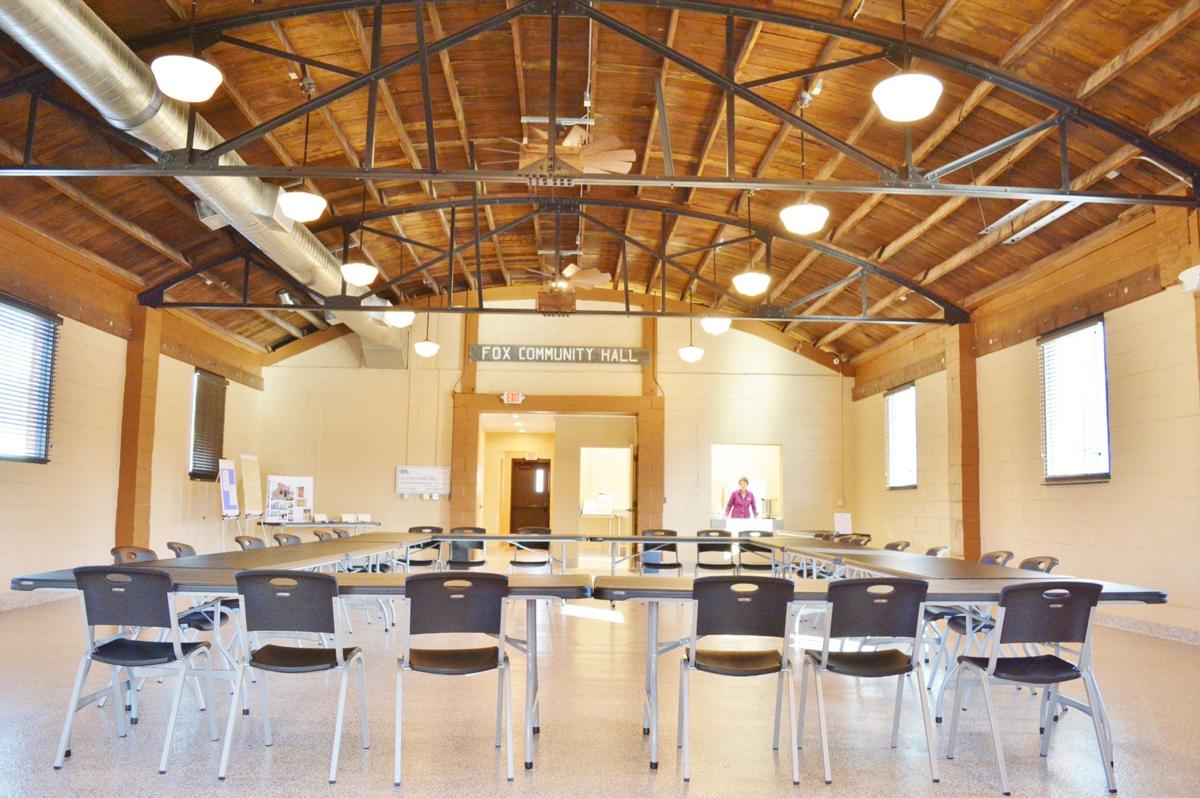 Fox Hall, the community building in Louisburg, just underwent a nearly $300,000 renovation made possible by a $225,000 grant from the First Option Bank Trusteed Foundation. The building is owned by the city of Louisburg. 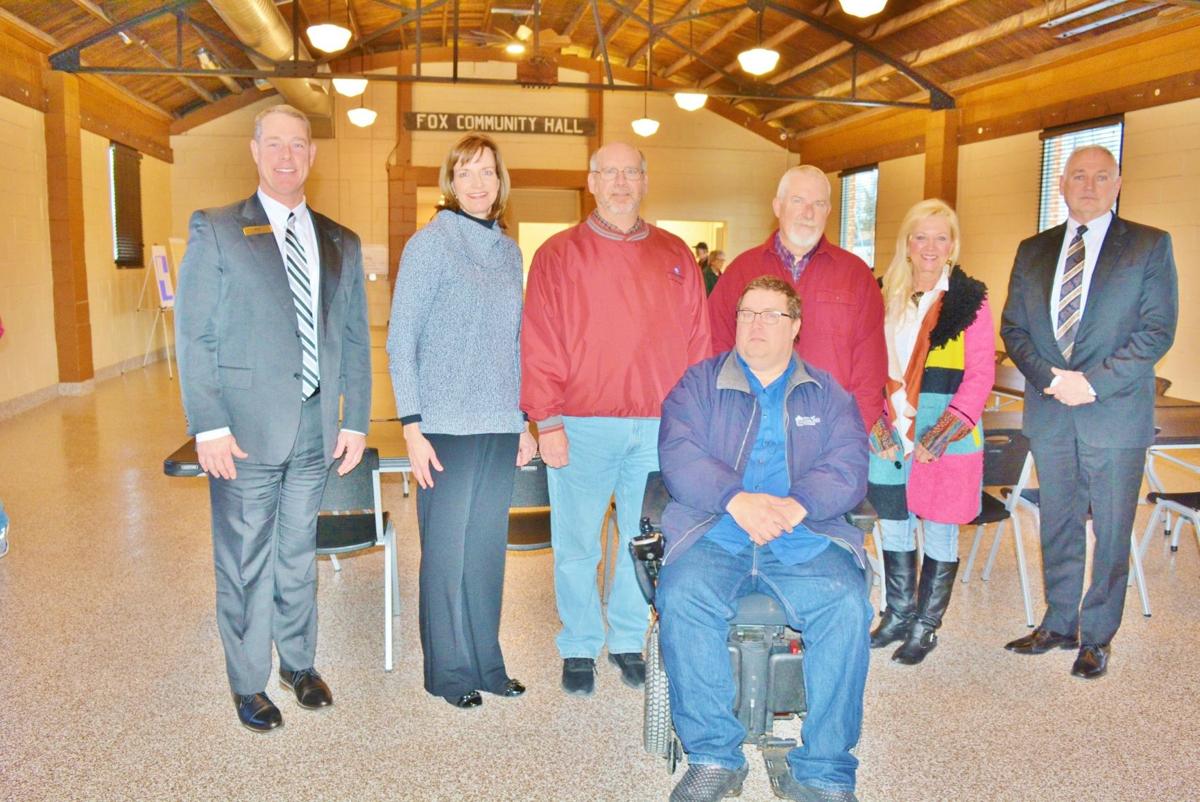 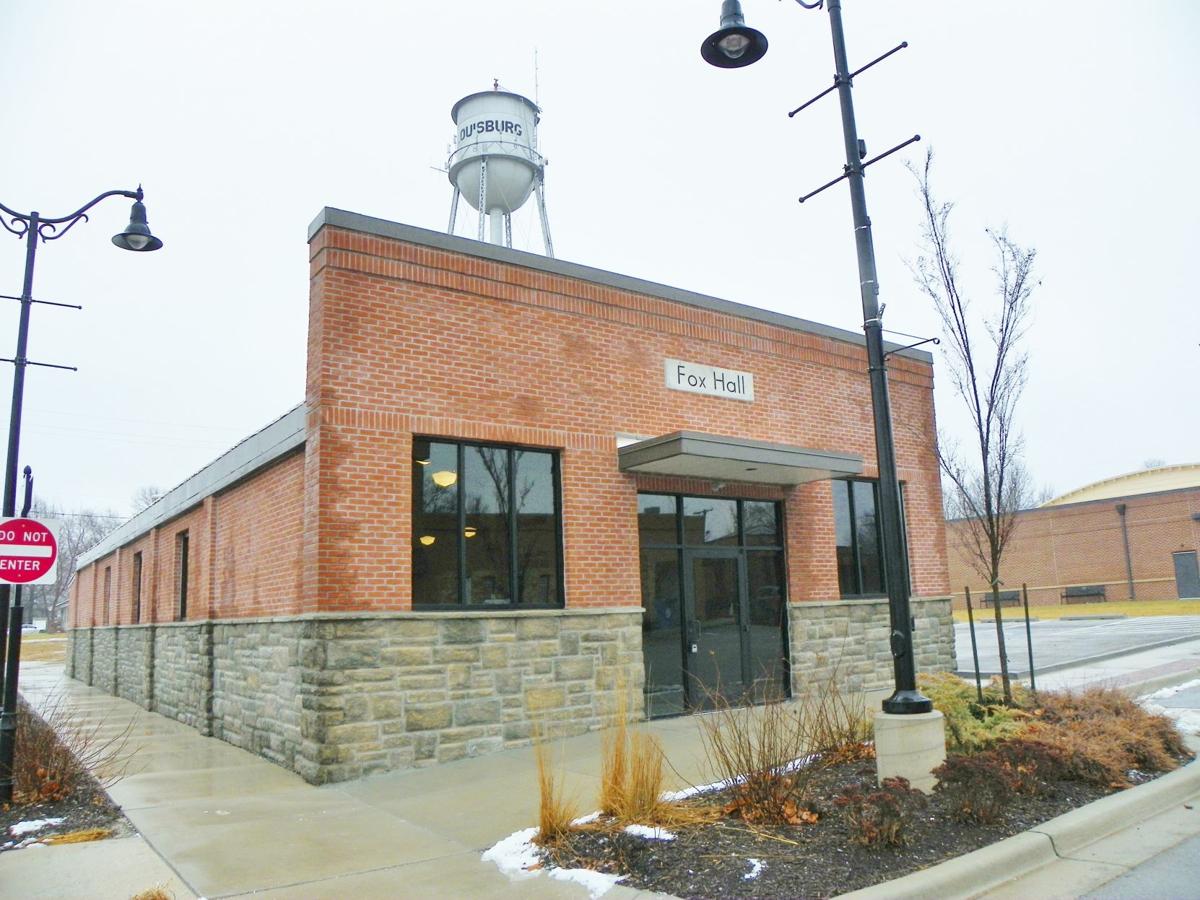 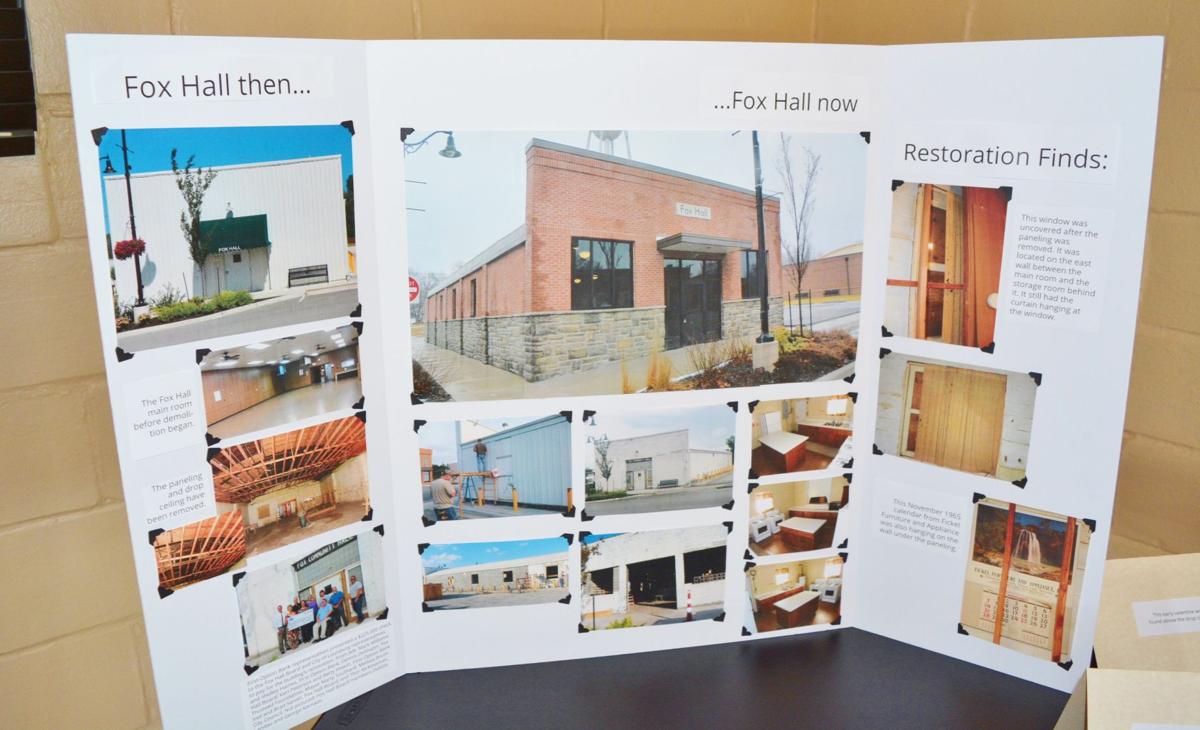 Before-and-after pictures of Fox Hall plus some hidden finds are on display during an open house Friday, Feb. 7, at the recently renovated community building in Louisburg. The building was donated to the city in 1952 by A.D. Fox. The original plaque of appreciation to A.D. Fox will hang in the new vestibule.

Fox Hall, the community building in Louisburg, just underwent a nearly $300,000 renovation made possible by a $225,000 grant from the First Option Bank Trusteed Foundation. The building is owned by the city of Louisburg.

Before-and-after pictures of Fox Hall plus some hidden finds are on display during an open house Friday, Feb. 7, at the recently renovated community building in Louisburg. The building was donated to the city in 1952 by A.D. Fox. The original plaque of appreciation to A.D. Fox will hang in the new vestibule.

LOUISBURG — From inside the vestibule of the recently renovated Fox Hall, Mayor Marty Southard gazed up at the striking wooden bow trusses and barrel-shaped wooden ceiling soaring 20 feet overhead.

“It’s fantastic,” Southard said. “It’s better than I could have imagined. I love the original woodwork they were able to keep in the ceiling. It’s amazing how open it is.”

Fox Hall underwent a nearly $300,000 renovation over the winter that will make the community building at the corner of Broadway and South Second Street useful for years to come, Southard said.

The building’s brick and stone veneer exterior ties in with the recently reconstructed City Hall next door. The mayor said the new exterior fits in nicely with Louisburg’s downtown streetscape, which was revitalized in 2017.

The city of Louisburg received $225,000 in grant funds from the First Option Bank Trusteed Foundations: Roman Foundation and Velma Kelly Charitable Trust to renovate and modernize Fox Hall. Communications Coordinator Jean Carder, who wrote the city’s grant application, said the renovation would not have been possible without the First Option Bank grant.

She also touted the work of general contractor Rob George’s Legacy Contractors LLC of Paola, and noted many of the sub-contractors were located in the Louisburg area.

Louisburg elected officials, Fox Hall Board members, city staff and representatives from First Option Bank were on hand to talk with the public about the building during an open house Friday, Feb. 7, that attracted more than 250 people.

“It looks fantastic,” said Blake Heid, First Option Bank president and CEO. “I’m really excited we got a chance to be a part of helping them get this finished."

The city learned July 23, 2019, that it would receive the grant. The city also put in about $66,000 to construct two public-access seasonal restrooms on the east side of the building.

“You know when Jean (Carder) put in her first application to the foundation about this project — and we had already been able to witness everything that had been done for the downtown and how beautiful they had made it and just the pride that Louisburg was taking in everything — we kind of challenged her to go further,” Heid said. “We saw it had a lot of potential and that the community could really be blessed by it, and so we were really happy when she put together the final proposal.

“And then the city obviously got behind it as well because it was really a good partnership between the city and the foundation to get the building finished,” he said.

The project included removing the metal siding and adding windows, reconstructing the vestibule area, removing the 1960s-era paneling, putting in new flooring, removing the ceiling tiles to expose the bow trusses, removing and replacing all the kitchen cabinetry and make the kitchen more functional, reworking the bathrooms to make them more accessible and ADA compliant and installing new HVAC.

“Rob (George) did a fantastic job,” Heid said. “When I walked in the first time and saw these beautiful ceilings, the beams exposed and the lighting they chose, I was really impressed.”

As community members filed into Fox Hall for the open house, they admired the new flooring, the exposed original wooden ceiling and the new windows and modern kitchen. They perused items found during the renovation like a love note scribbled on a panel above the drop ceiling, a paper airplane, a partial list of the original Teen Town rules and several other items. Behind the paneling, workers found a calendar still hanging on the wall, and a curtain dangling from a window that had been paneled over.

Some people laughed at one of the Teen Town rules from the early 1960s which noted smoking was permitted, just not on the dance floor.

Several people also appreciated that the building no longer had that “old Fox Hall smell.”