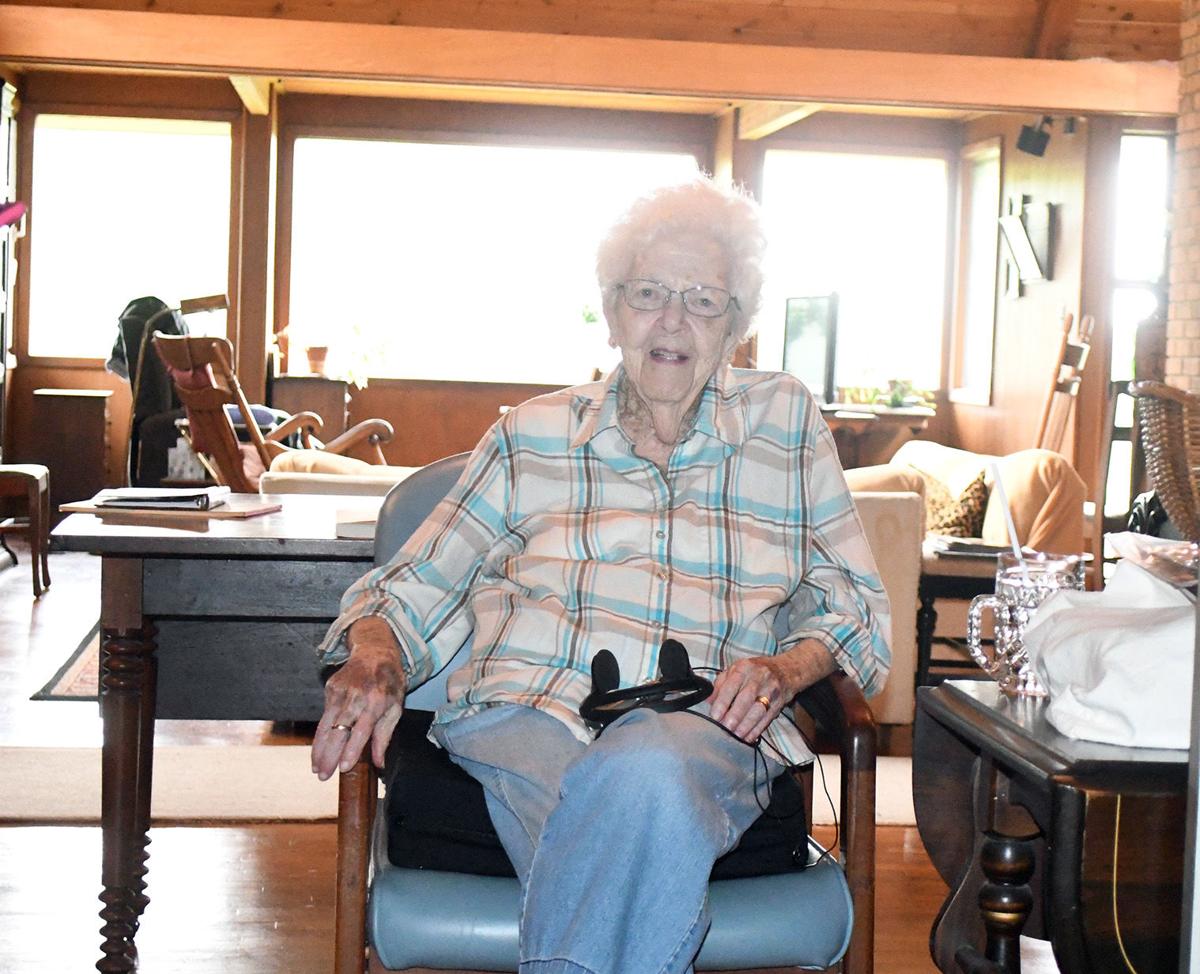 Bettie Ore of Paola shares the joys of the past century. She turns 100 years old today. 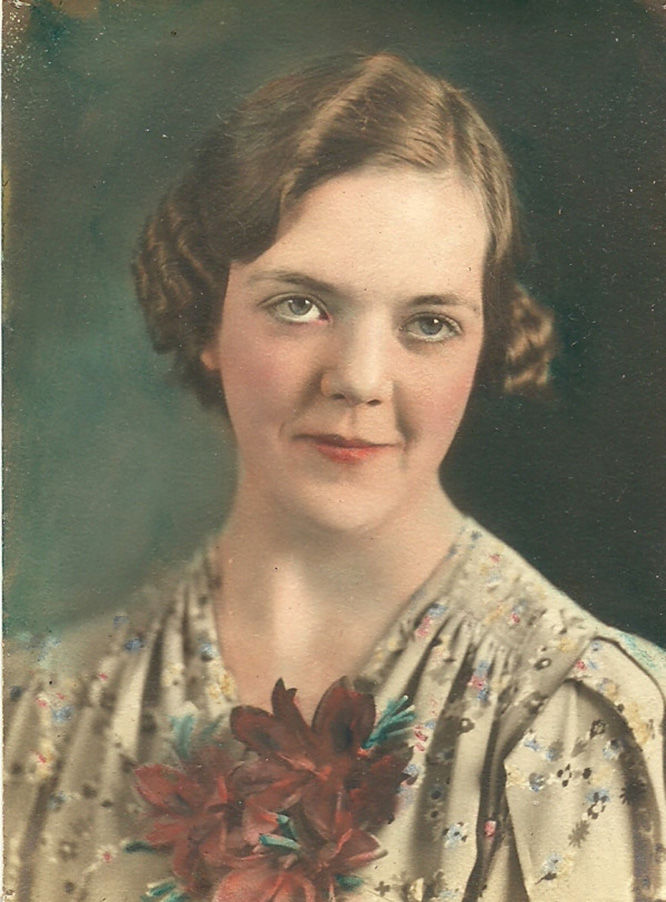 Bettie Ore, who turns 100 today, Wednesday, June 24, was celebrating her 20th birthday when this picture was taken.

Bettie Ore of Paola shares the joys of the past century. She turns 100 years old today.

Bettie Ore, who turns 100 today, Wednesday, June 24, was celebrating her 20th birthday when this picture was taken.

PAOLA — Home cooking and a lot of love have served Bettie Ore well for 100 years now.

Ore, who lives in Paola, adds her name to the century mark today.

“All I did to do this was keep breathing,” Ore said.

She was born June 24, 1920, in Waverly, Kan., the daughter of Bessie and William Allen Garrison. Ore grew up in a time when family sat around the dinner table together and enjoyed time out on the front porch with neighbors, playing fiddles and singing.

Animals have always been part of her life, raising everything from parakeets to rabbits to sell with her family.

“Grandma had goats, dogs, cats, squirrels and birds,” Ore said. “Just anything you could imagine. Except snakes.”

Ore’s father was a jeweler and optometrist. He served his community through pawn and lending in his small town during the great depression.

Carey, her husband, served the country in the U.S. Army during World War II, seeing action in Europe. While he was overseas, she worked as a teacher.

Ore taught in Paola after the war. She would teach one year in Paola and a total of nine years, serving at other schools in the area.

Ore loved her mother’s cooking and prided herself in being a fine cook as well. Homemade cooking is one of the keys to a long life, she said.

She makes the best Yellow Dog Bread, her son Robert said. She still makes it on special occasions, including Christmas.

“Her bread is just the best white bread,” he said. “You got it hot, right out of the oven, and put butter on it.”

She was not on any medication until she turned 95. Ore is on just one prescribed medication now. She also takes half of an aspirin a day. She drinks vinegar and honey and has a glass of wine every other year.

Sister Charles McGrath was voted president in 1974 and was instrumental in finding a home for the museum.

“When Sister Charles went to the community and said she wanted something, people got behind it and did it,” Ore said.

McGrath helped raise the funds necessary to purchase the Arnold building on the north side of the Square in 1977, and the Miami County Swan River Museum was born.

The museum grew and needed to expand, moved to its current location on Peoria Street in 1999, which is a combination of three connected buildings. The museum’s name changed to the Miami County Historical Museum.

Ore served the museum for more than 50 years and was one of the museum’s most active and passionate volunteers. Ore said some of her most favorite memories are of traveling to other historic sites, such as Fort Leavenworth, and gathering ideas for Miami County’s museum.

Ore has always been involved in the community, doing what she could to help make life better for everyone.

She has been a member of Beta Sigma Phi, a women’s social organization for more than 65 years.

She has been a member of the DAR (Daughters of the American Revolution) for 80 years. She is a charter member of the Paola tourism group.

The Paola Park Square has changed a lot in the last 100 years, Ore said.

When she came to town the main source of entertainment was the radio. It was a big deal when Murray TV arrived.

The Square used to feature two clothing stores, for men and women. There were two drug stores. The town had three grocery stores.

One of her fond memories of the square was the young people driving their cars all evening, especially Friday nights after the football games.