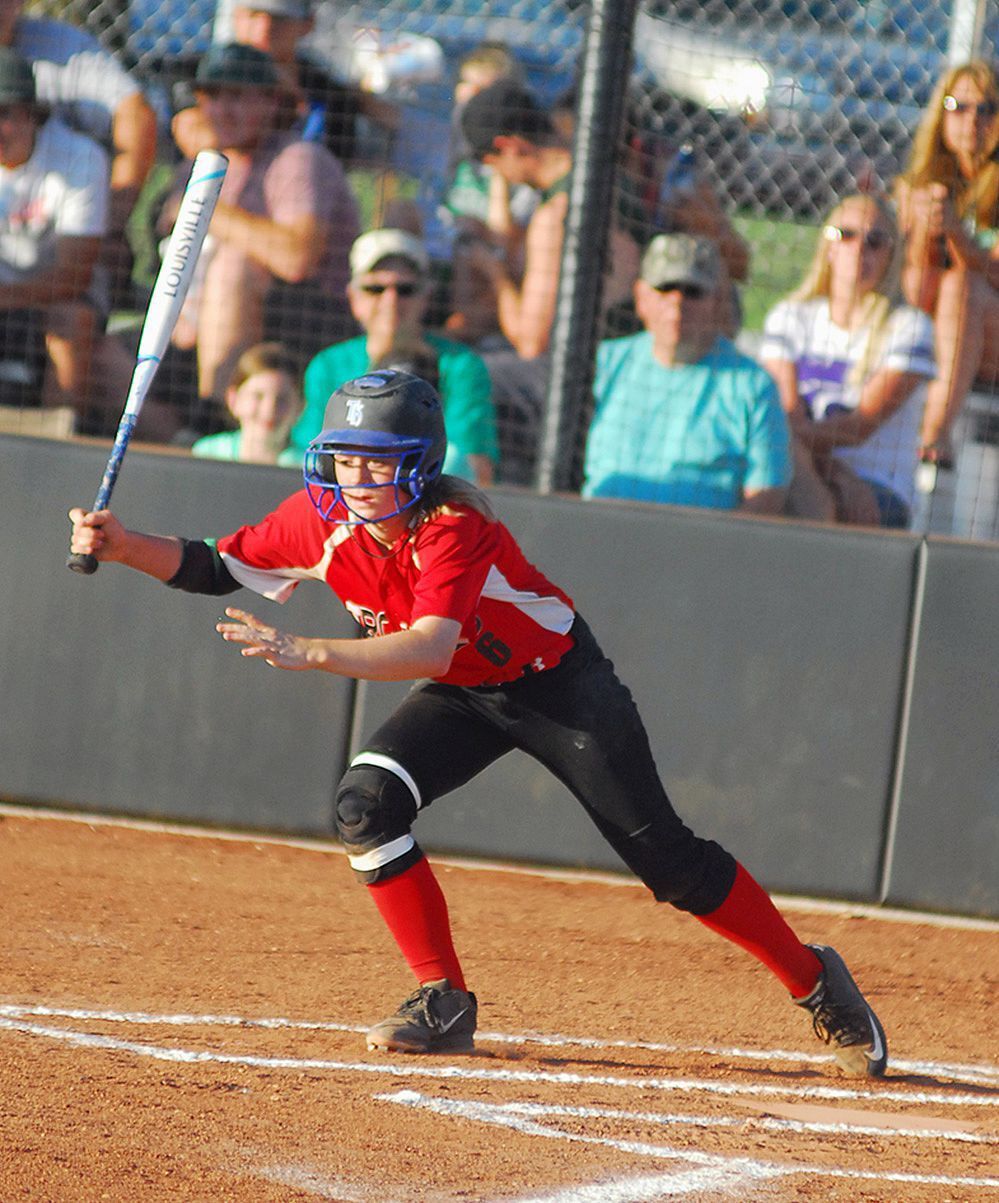 Kaitlyn Fanning of Osawatomie follows through on a swing. She played for the Benedictine College Lady Ravens softball team this season.

Kaitlyn Fanning of Osawatomie has had a tough time with bats while playing for Benedictine College.

Kaitlyn Fanning of Osawatomie follows through on a swing. She played for the Benedictine College Lady Ravens softball team this season.

Kaitlyn Fanning of Osawatomie has had a tough time with bats while playing for Benedictine College.

ATCHISON, Kan. — Kaitlyn Fanning was an expensive, yet productive hitter for the Benedictine College Lady Ravens this season.

Fanning, a graduate of Osawatomie High School, is a utility player for Benedictine. She bats left and throws right.

She was part of a historic season for the Benedictine College Lady Ravens softball team. The Lady Ravens were 34-22 overall, including a perfect 22-16 record in the Heart of America Conference. It was the first 30-win season in the history of the program.

Fanning made a splash with the program on April 17, hitting not only the first home run of her collegiate career, but getting two home runs on the day.

She also has a knack for breaking bats, much to her parent’s dismay.

The aluminum softball bats are guaranteed, but once one is broken it can only be replaced once.

She had two Easton bats replaced in two months and needed to replace another bat.

Fanning started playing softball with her dad when she was just 3 years old. She has played ever since. Fanning played on a competitive summer team since she was 7.

She was recruited by Benedictine College to play outfield and infield. She has played outfield, infield and pitched for the Osawatomie Lady Trojans.

Her father Jebadiah played fast-pitch softball. Kaitlyn was always hanging out at the games and fell in love with it.

He was her first coach. She has had a ball and glove in her hands ever since.

She was a first-team Tri-County Spotlight Softball selection at infield and second-team pitcher her junior season. Fanning hit .491 with 27 base hits.

Fanning was a first-team selection at infield her sophomore year. She hit .529 with 37 hits, including 12 doubles. She was 6-2 in eight starts.

Kaitlynn is the daughter of Jebadiah and Debra Fanning.