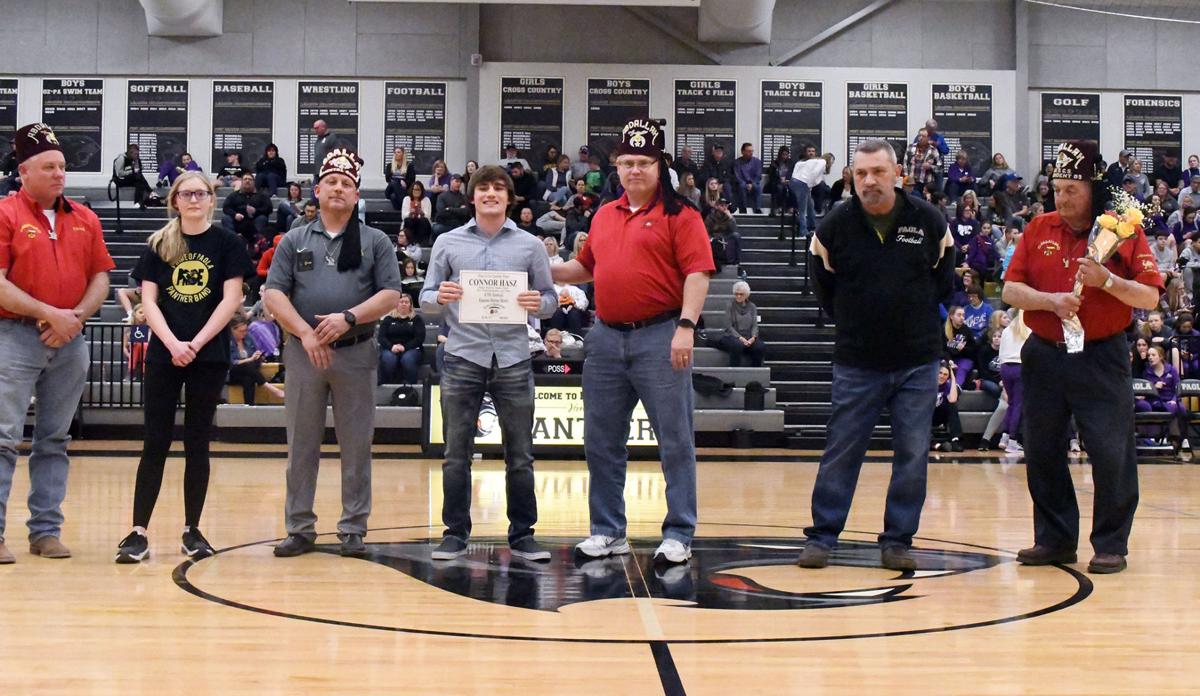 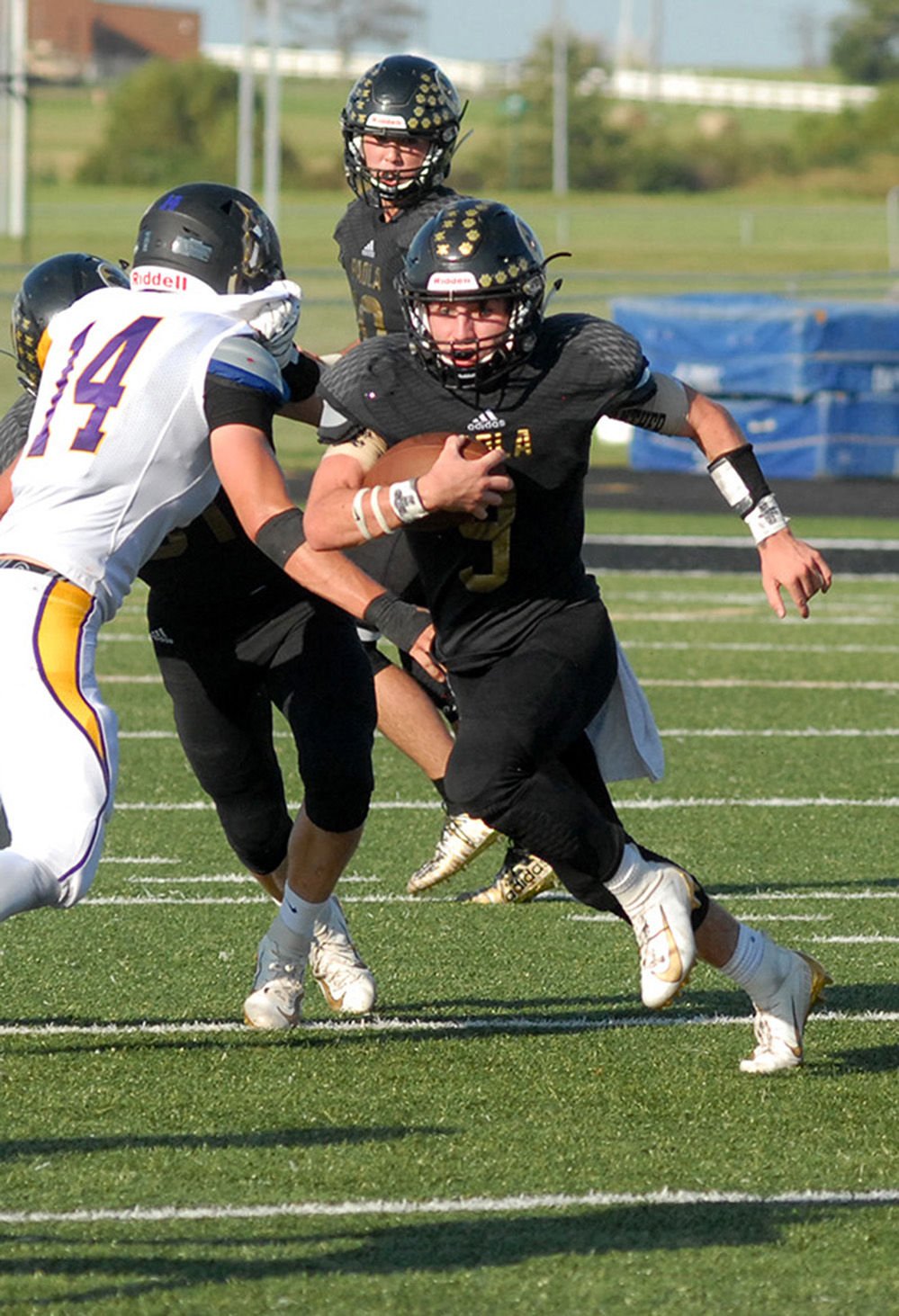 Connor Hasz, a Paola running back, darts through an opening for the Panthers. He ran for more than 1,000 yards. 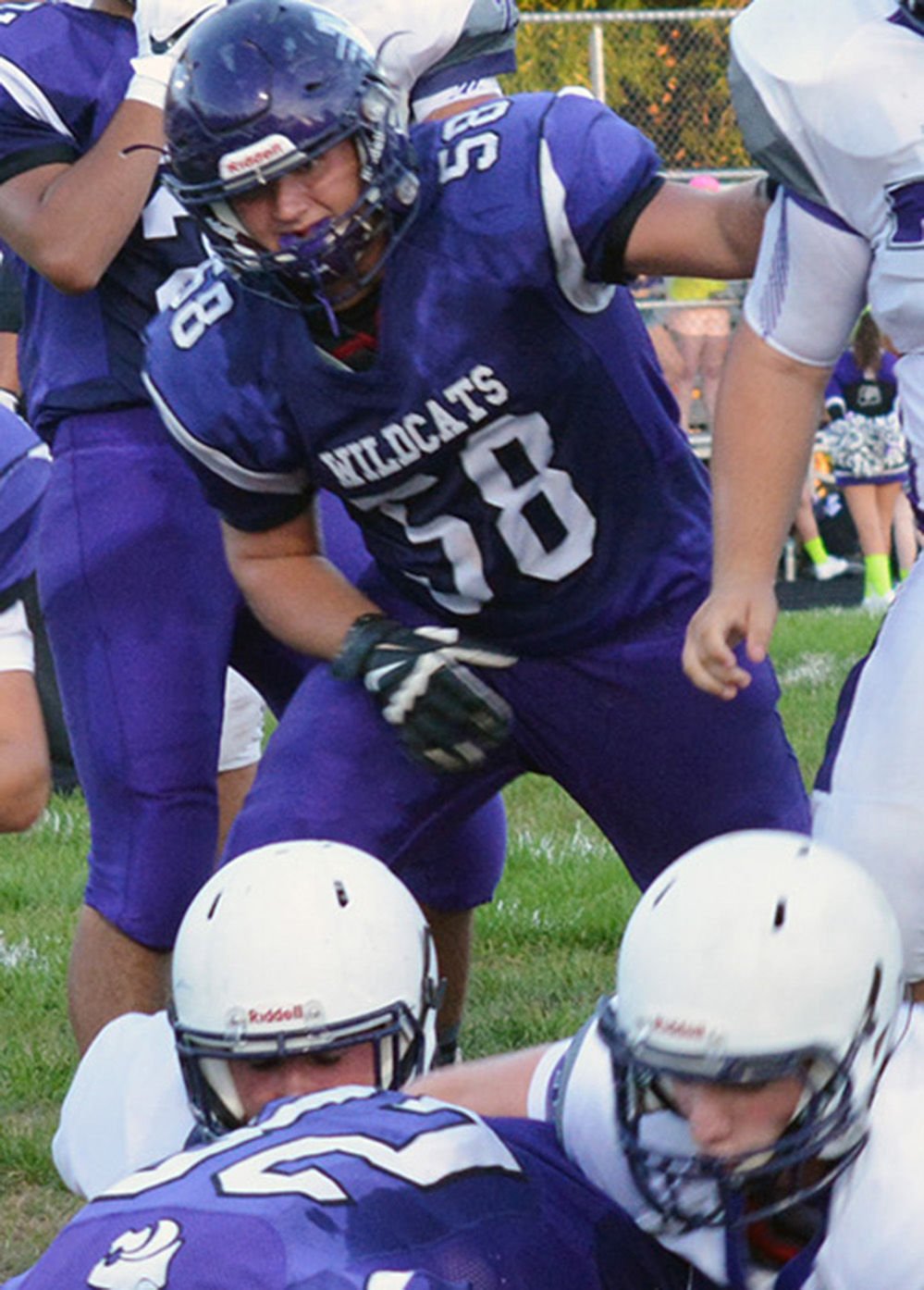 Garrett Harding of Louisburg was an All-Frontier League and Tri-County Spotlight selection at offensive and defensive line. 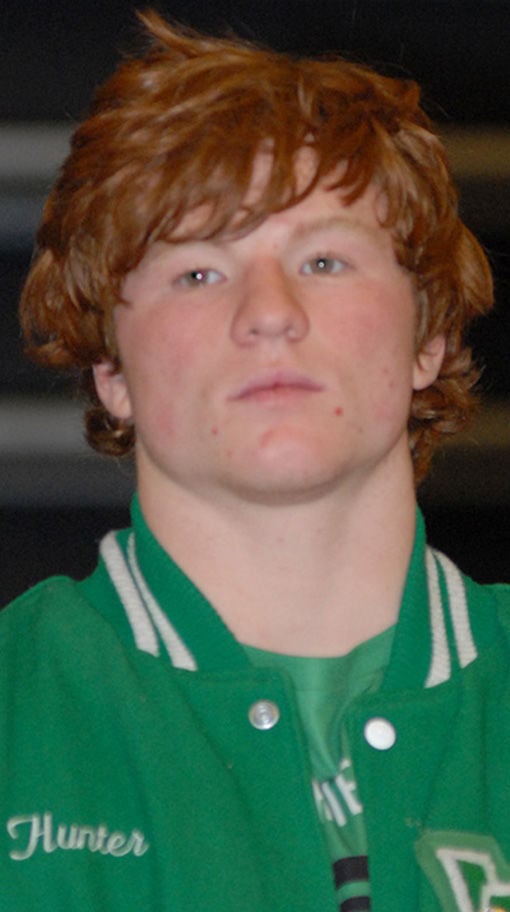 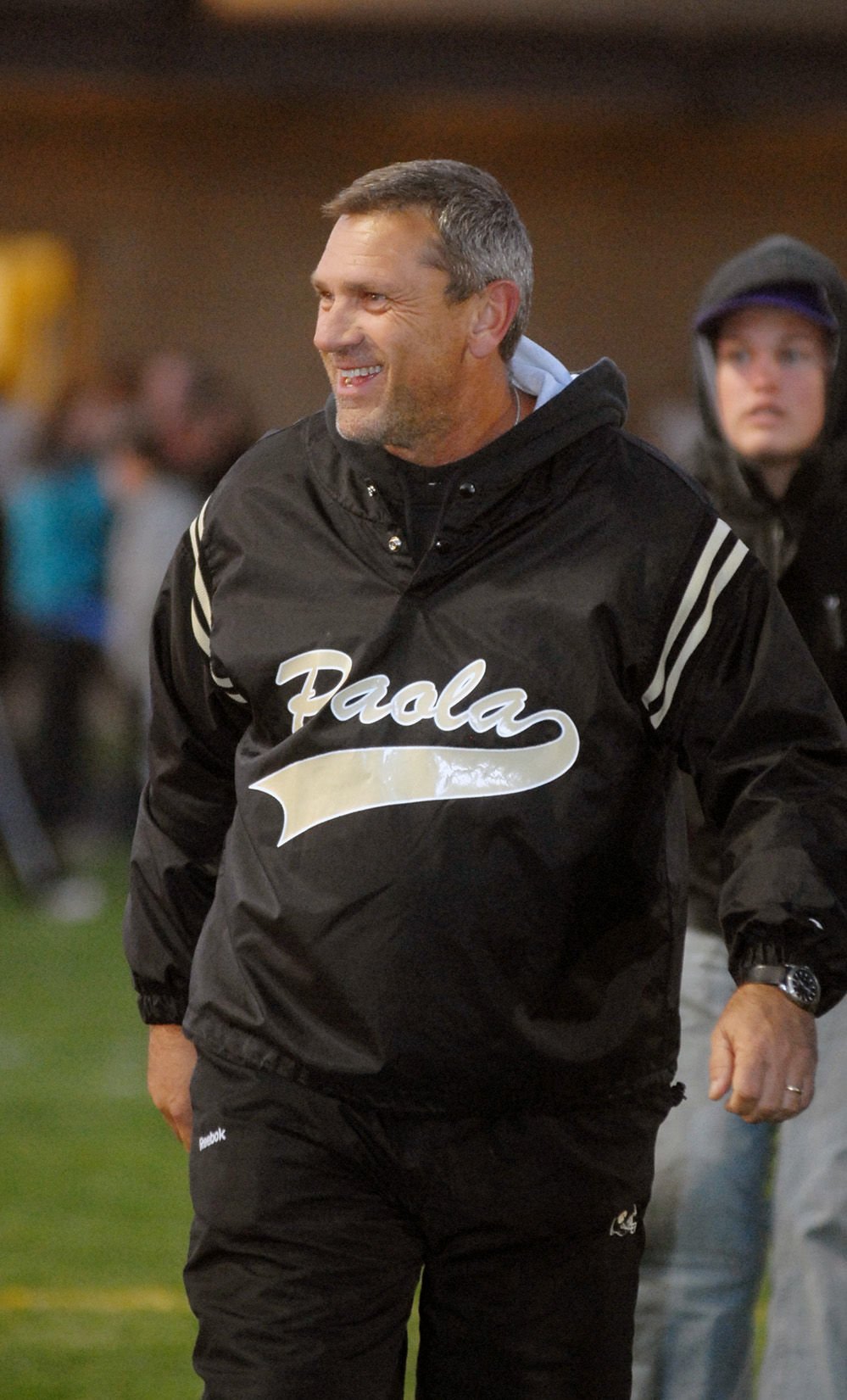 Paola Panther football coach Michael Dumpert paces the sidelines. He has coached in four state championship games and will represent the Panthers in the Kansas Shrine Bowl.

Connor Hasz, a Paola running back, darts through an opening for the Panthers. He ran for more than 1,000 yards.

Garrett Harding of Louisburg was an All-Frontier League and Tri-County Spotlight selection at offensive and defensive line.

Paola Panther football coach Michael Dumpert paces the sidelines. He has coached in four state championship games and will represent the Panthers in the Kansas Shrine Bowl.

The 2020 Kansas Shrine Bowl is scheduled for Saturday, July 18, in Yager Stadium at Moore Bowl on the campus of Washburn University in Topeka.

Dumpert, head coach of the Paola Panthers, is an assistant coach on the 2020 Kansas Shrine Bowl East Team.

Hasz, Harding and Boone will represent the Panthers, Wildcats and Buffalos in the annual East vs West senior all-star football game.

The Kansas Shrine Bowl is an all-star high school senior East vs. West football game put on each year in Kansas by the Kansas Shriners. It is a non-profit charity that produces annual events and related activities, with net proceeds benefiting Shriners Hospitals for Children. The game has been played each summer at host cities across Kansas.

Beginning in 1974, the flagship event has been the East vs. West all-star football game. As of 2019, the West leads the series with 28 wins; the East has 17 wins, and there has been one tie.

Dumpert has been with the Paola Panther football program for 39 years, including 20 years as the head coach. He was the defensive coordinator when the Panthers won state championships in 1984 and in 1994 and were state runner-up in 1987. He was the program’s head coach in 2006 when Paola was state runner-up.

Hasz was the Tri-County Spotlight Football Offensive Player of the Year.

Hasz averaged 9.19 yards per carry for the Paola Panthers. Despite missing several games with an ankle injury and not being 100 percent for a couple of other games, Hasz topped 1,000 yards rushing.

“I am even more excited that coach Dumpert will be my coach once again,” Hasz said. “He has been my high school mentor. I am glad that we have a band member from Paola playing at the Shrine Bowl as well.”

Hasz and the Panthers won their first 11 games this season, winning a share of the Frontier League title, a regional championship, sectional title and substate runner-up trophy along the way to an 11-1 season.

The 2019 Panthers were the 11th team in program history to reach the substate championship game.

“The thing I’m most looking forward to during the Shrine Bowl is playing some of my friends that I used to play with on other teams like Gardner and at Topeka,” Harding said. “I’m looking forward to showing my talents and heart out on the field again, representing the best of our state.”

On the offensive line, the senior helped lead the Wildcats to 2,822 yards of offense including more than 2,100 yards on the ground.

Harding was named second-team on the defensive line for the Spotlight team and the All-Frontier League team. He made 65 tackles on the season, including 12 solo tackles.

Boone was first-team Spotlight selection on both sides of the ball, representing Prairie View at running back and linebacker.

Haddock plays the baritone and the trombone for the Paola High School Marching Band.

“My reaction to being selected was definitely pure excitement,” she said.

Haddock has been a member of the Paola band since sixth grade. She has played with the band for seven years.