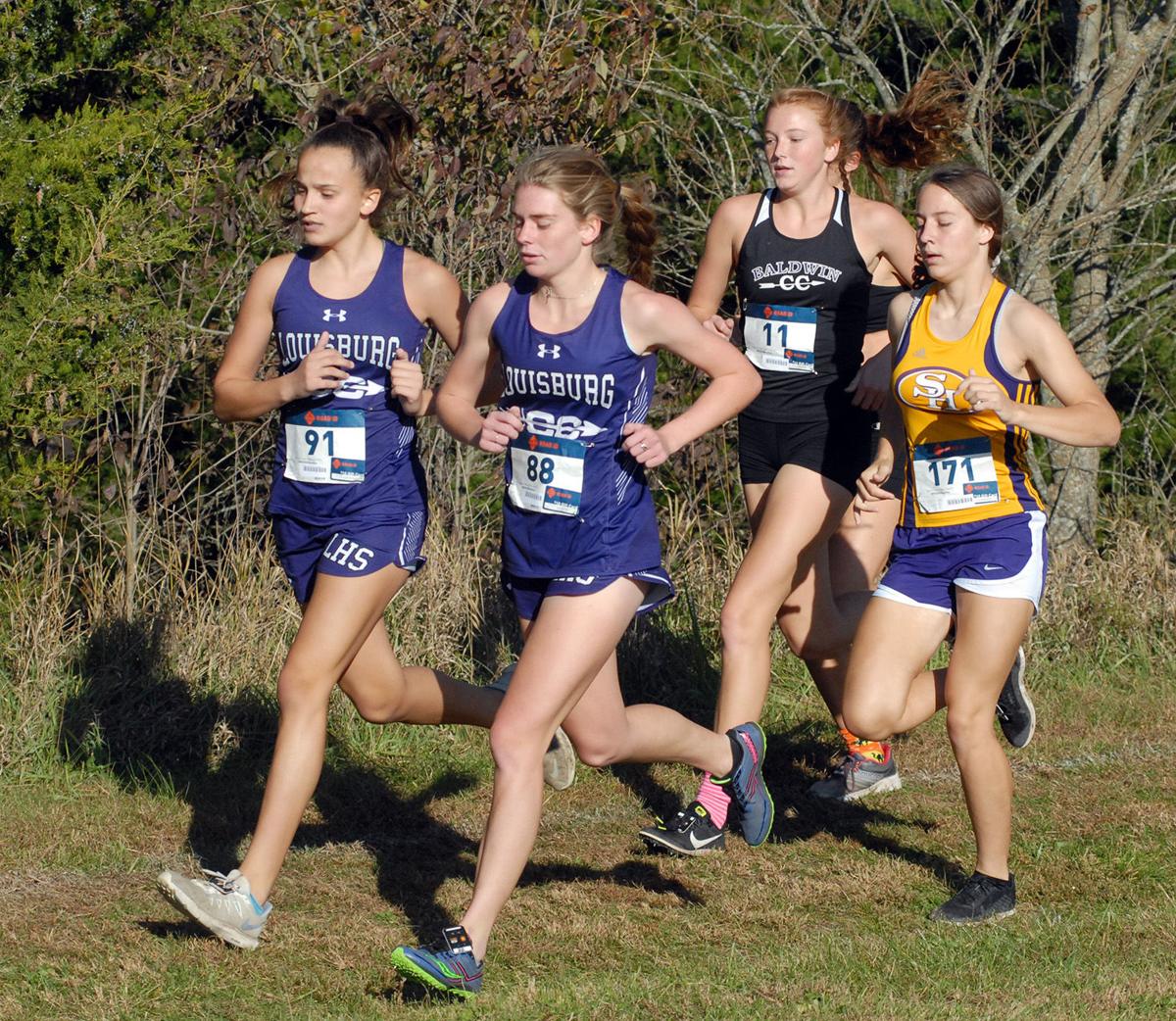 Recce Johnson and Carless Gassman of Louisburg, followed by Molly Murray of Spring Hill, get off to a fast start in the Frontier League meet at Tonganoxie. Johnson and Murray were first-team Spotlight runners. Gassman was second team. 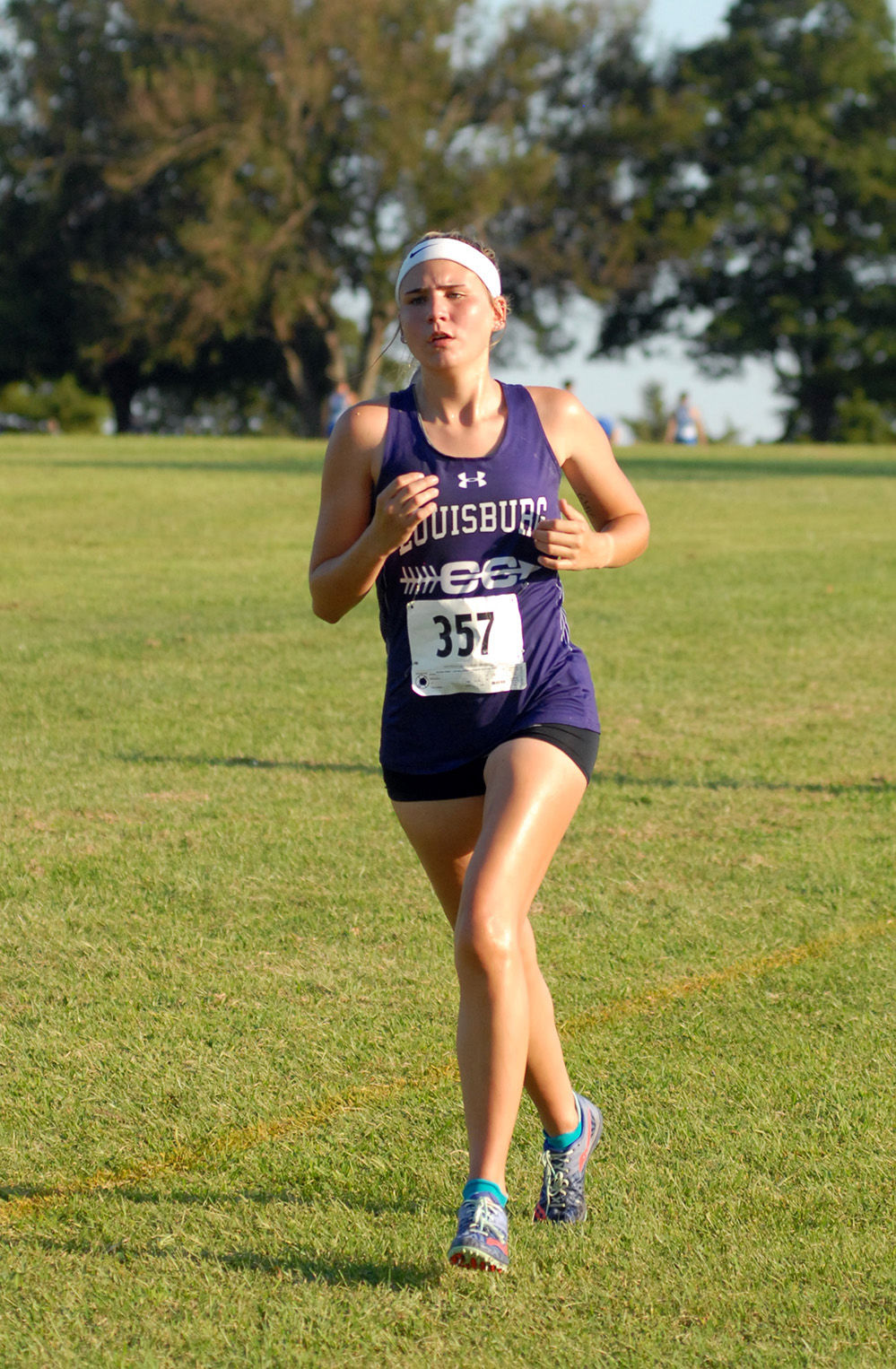 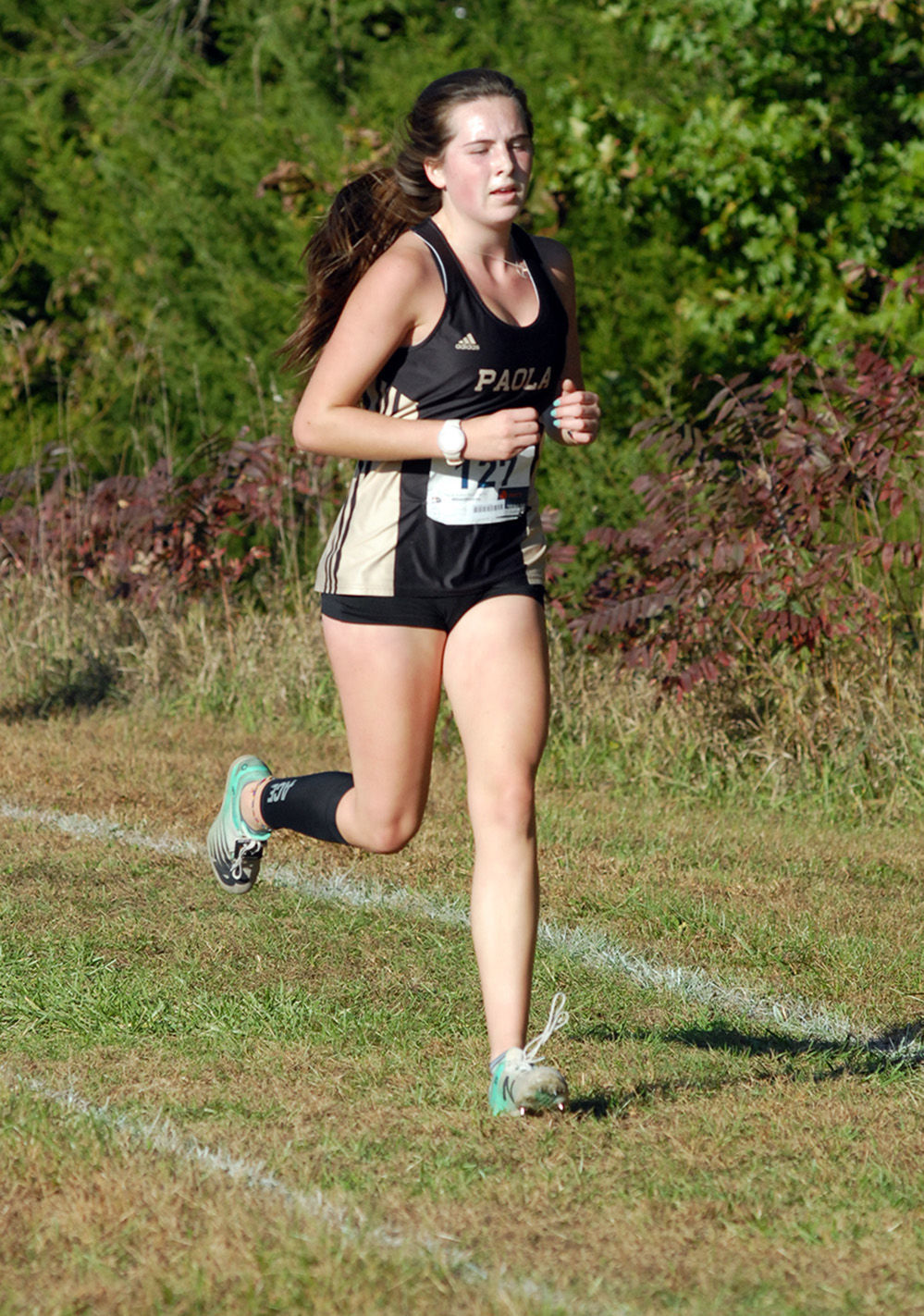 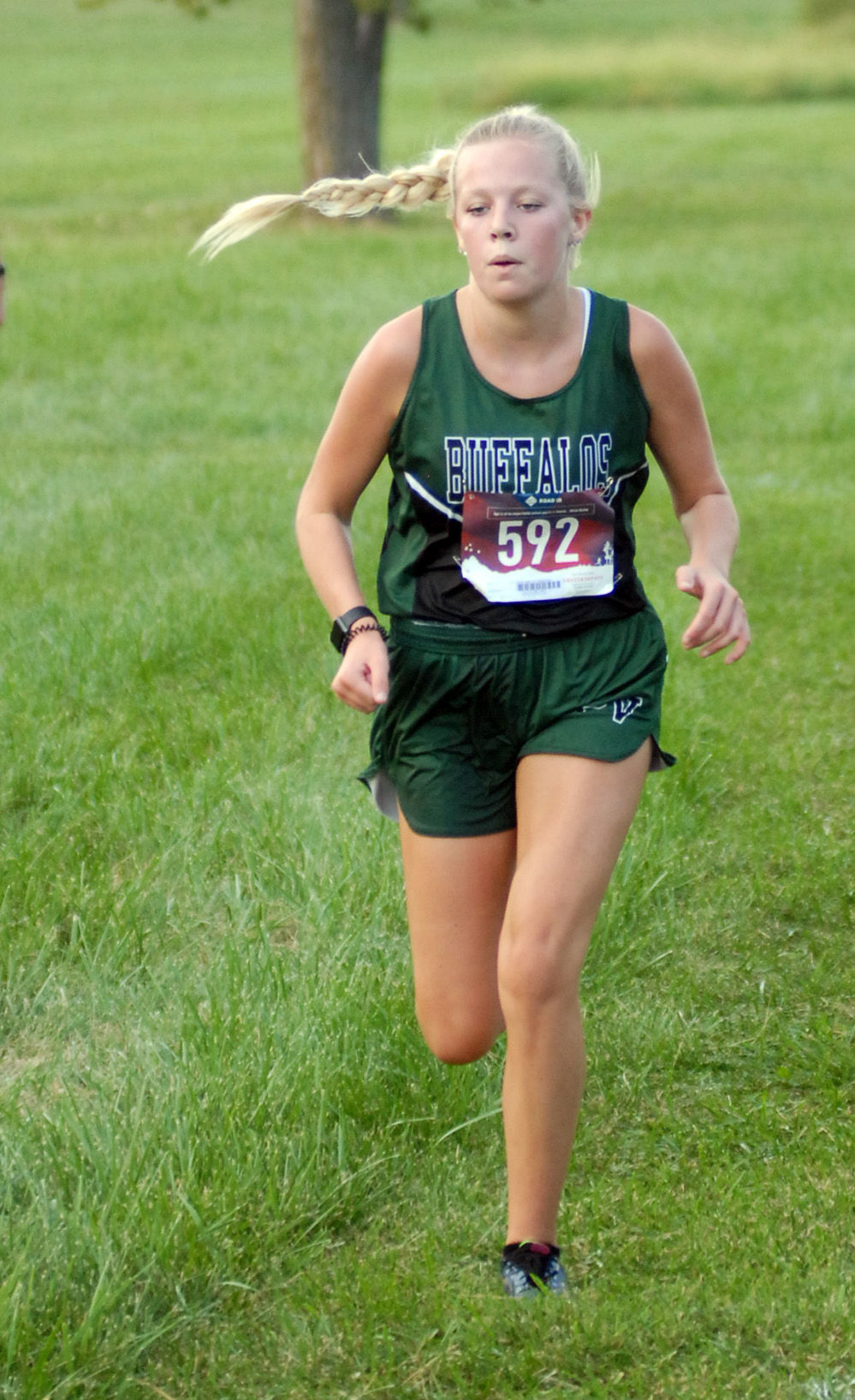 Recce Johnson and Carless Gassman of Louisburg, followed by Molly Murray of Spring Hill, get off to a fast start in the Frontier League meet at Tonganoxie. Johnson and Murray were first-team Spotlight runners. Gassman was second team.

Alyssa Anderson set the pace, running a personal record time of 19 minutes, 34 seconds for fourth place in the Frontier League meet at Tonganoxie.

Anderson ran a time of 19:39 for 11th place in the Class 5A state meet at Rim Rock Farm in Lawrence. She placed eighth in the regional to qualify to represent the Lady Broncos at state.

Trinity Moore of Louisburg was second in the area, running a season-best time of 19:39 during the Class 4A state cross country meet in Wamego. Moore placed third in the state to lead the Lady Cats, who qualified to run at state as a team for the third year in a row.

Moore was a four-time state qualifier for Louisburg. She ran as an individual her first time at state as a freshman and with her teammates the following three seasons.

Vienna Lahner of Spring Hill was third on the Spotlight list with a time of 20:26. Lahner turned in the time at the state meet. She placed eighth in the league meet and 13th in the regional meet.

Chloe Jones of Paola was fourth on the list, running a personal record time of 20:36 at the Class 4A state meet in Wamego.

Brooke Allen of Prairie View was fifth on the Spotlight leaderboard with a season-best time of 20:52. Allen placed 16th in the Class 3A meet in Lawrence.

Reece Johnson of Louisburg was sixth with a time of 21:01.

Molly Murray of Spring Hill was the final first team runner, placing seventh in the area with a time of 21:01.

Lily Hermes of Paola was eighth for second team Spotlight honors with a time of 21:25.

Carlee Gassman of Louisburg was ninth with a time of 21:39 in the Class 4A regional meet at Baldwin, placing 21st.

Claire Brown of Louisburg was 10th on the list with a time of 22:06 for 25th in the regional meet.

Darian Hudgeons of Paola ran a season-best time of 22:13 at the Greg Wilson Classic for 11th on the list.

Rylee Calderwood of Spring Hill was 12th with a time of 22:27 for 27th place in the regional.

Tristin Haddock of Paola was the final second team runner with a time of 22:34. She ran the time in the regional meet in Chanute.