You are the owner of this article.
Edit Article Add New Article
You have permission to edit this article.
Edit
News
Announcements
Voices
Sports
Obituaries
Special Sections
Multimedia
Classifieds
Contests
Info
1 of 7 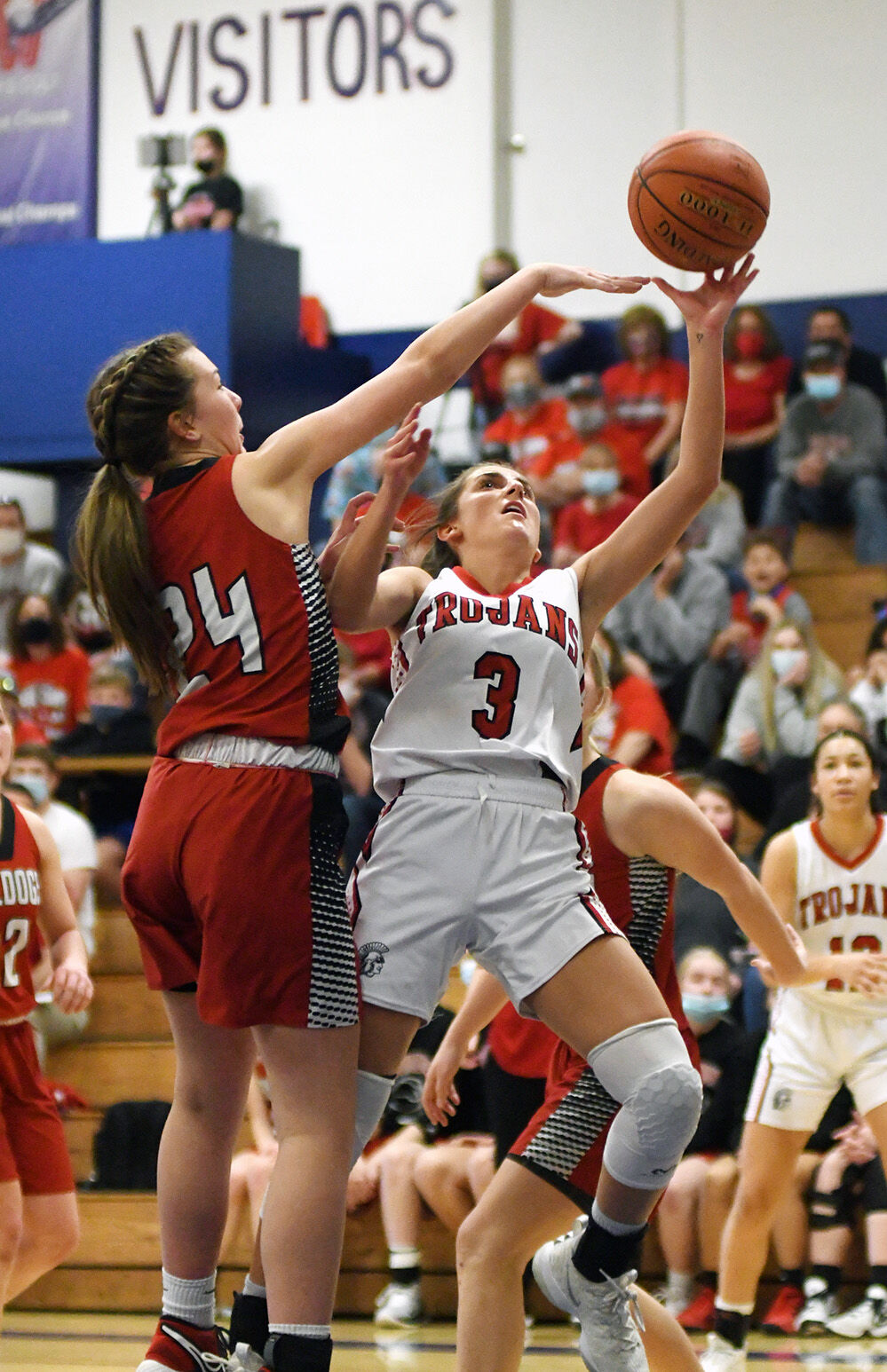 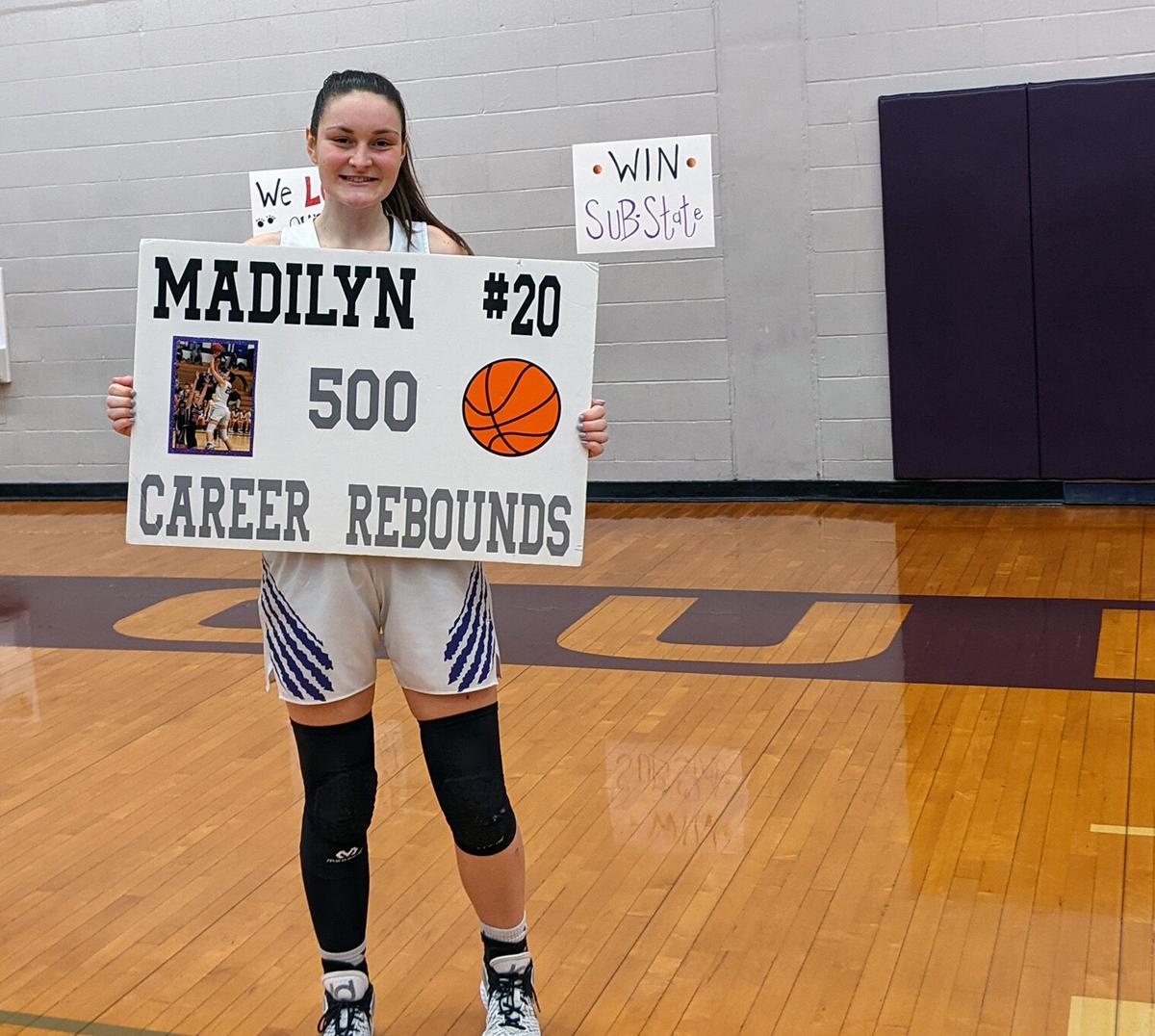 Madilyn Melton has a picture taken with a sign for the 500th rebound of her high school career. 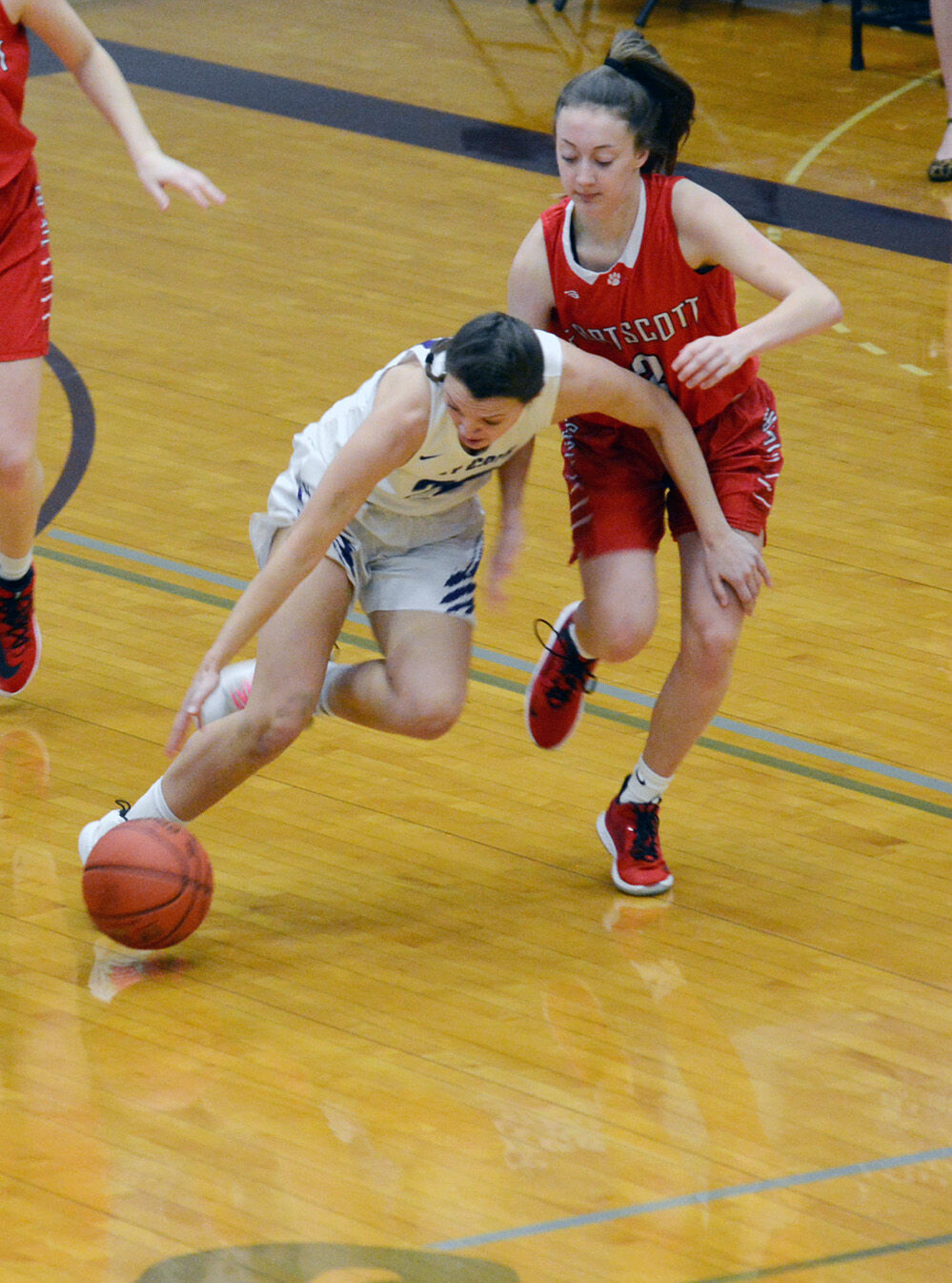 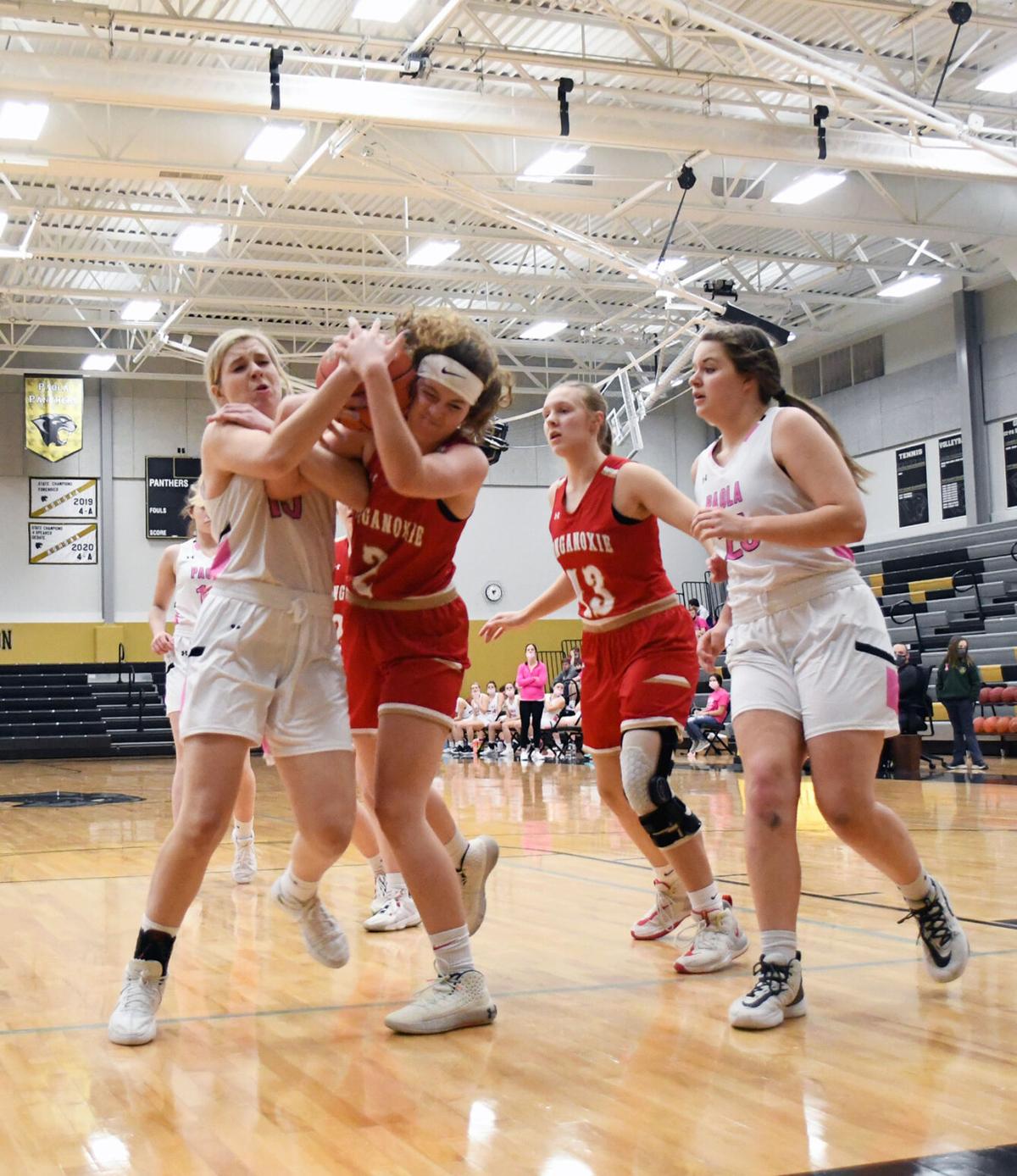 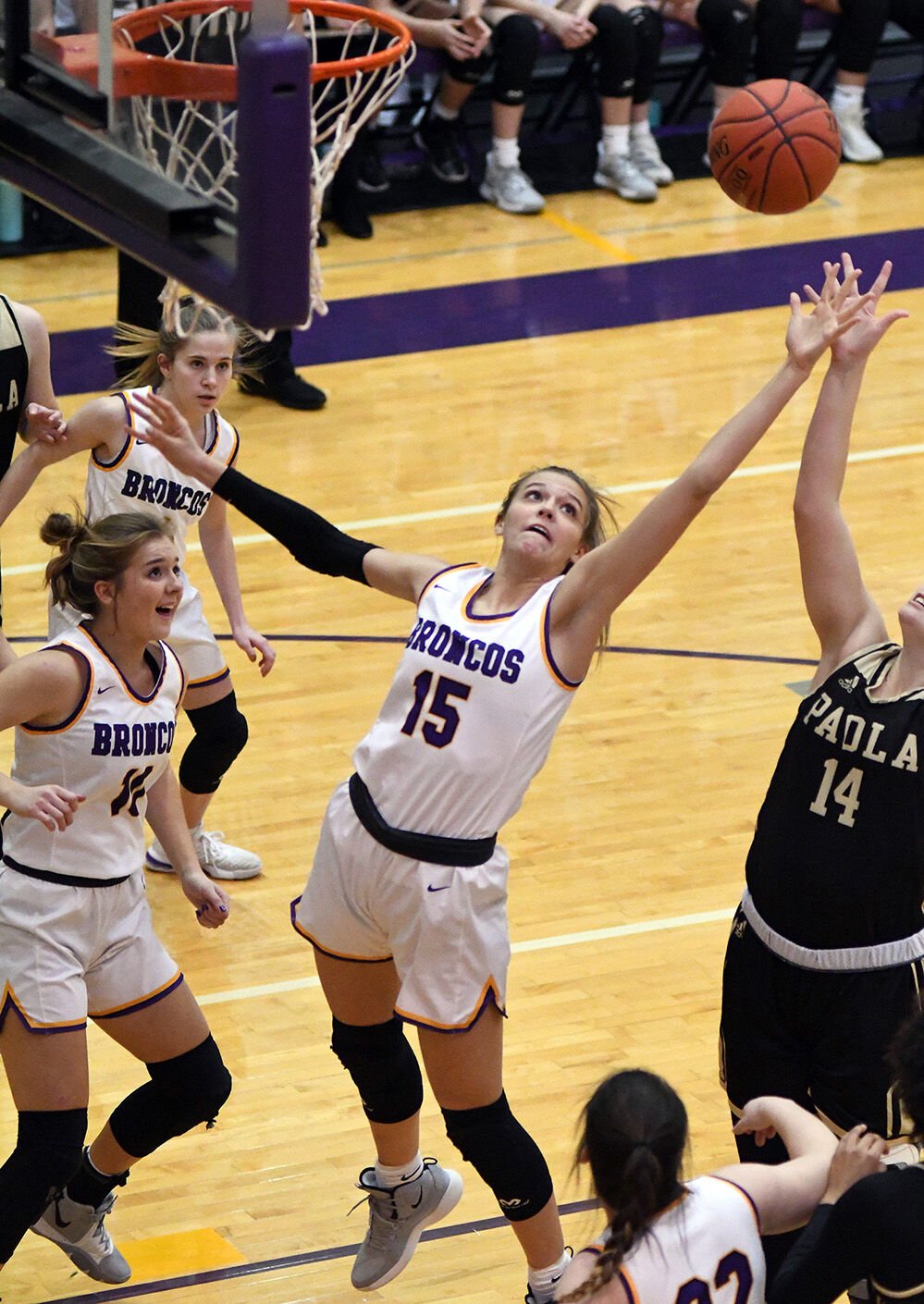 Spring Hill senior Alli Frank reaches for a rebound for the Lady Broncos. 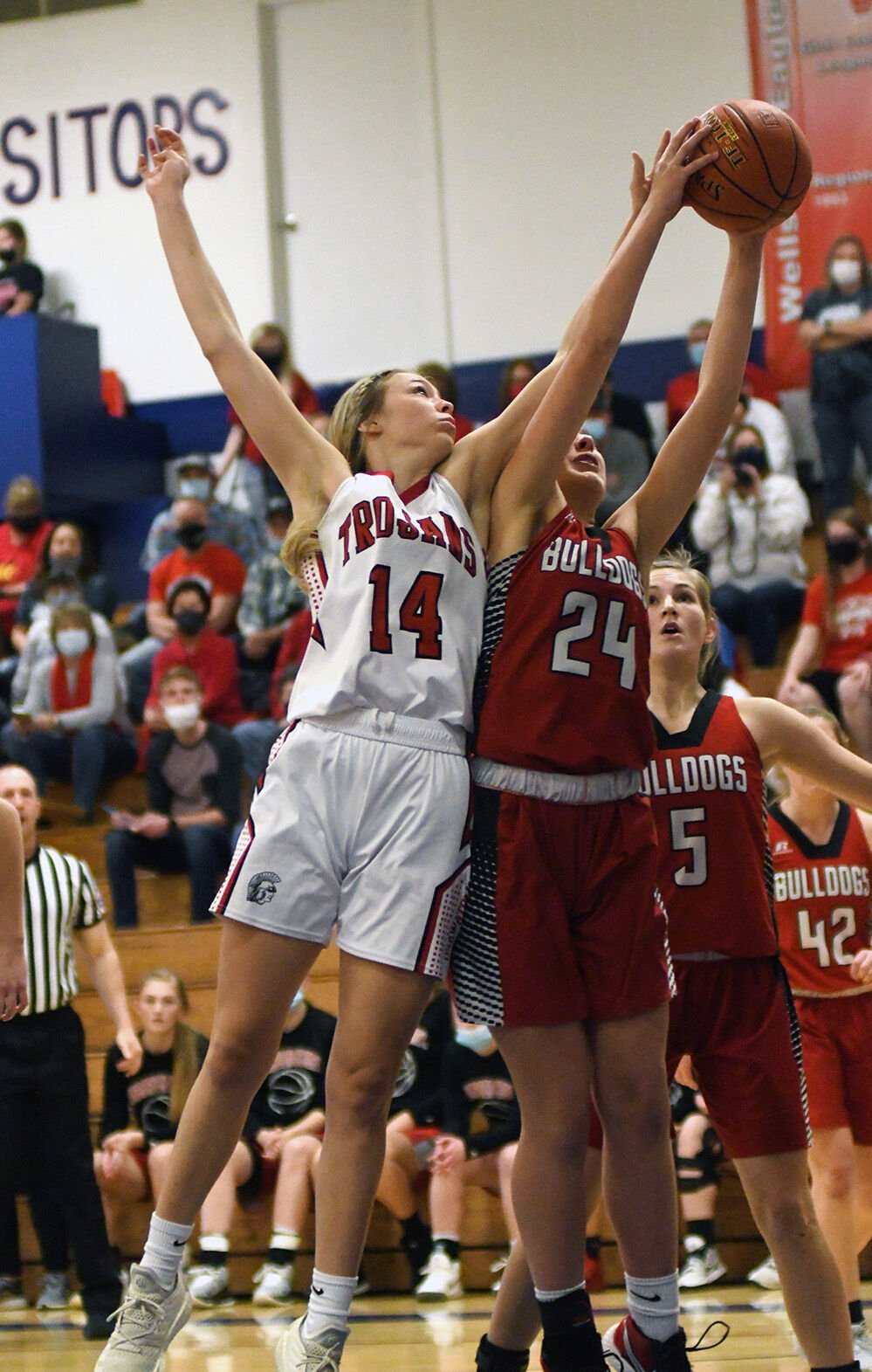 Osawatomie senior post player Madie Ballou fights for a rebound against Anderson County in the Class 3A substate title game in Wellsville on Saturday, March 6. 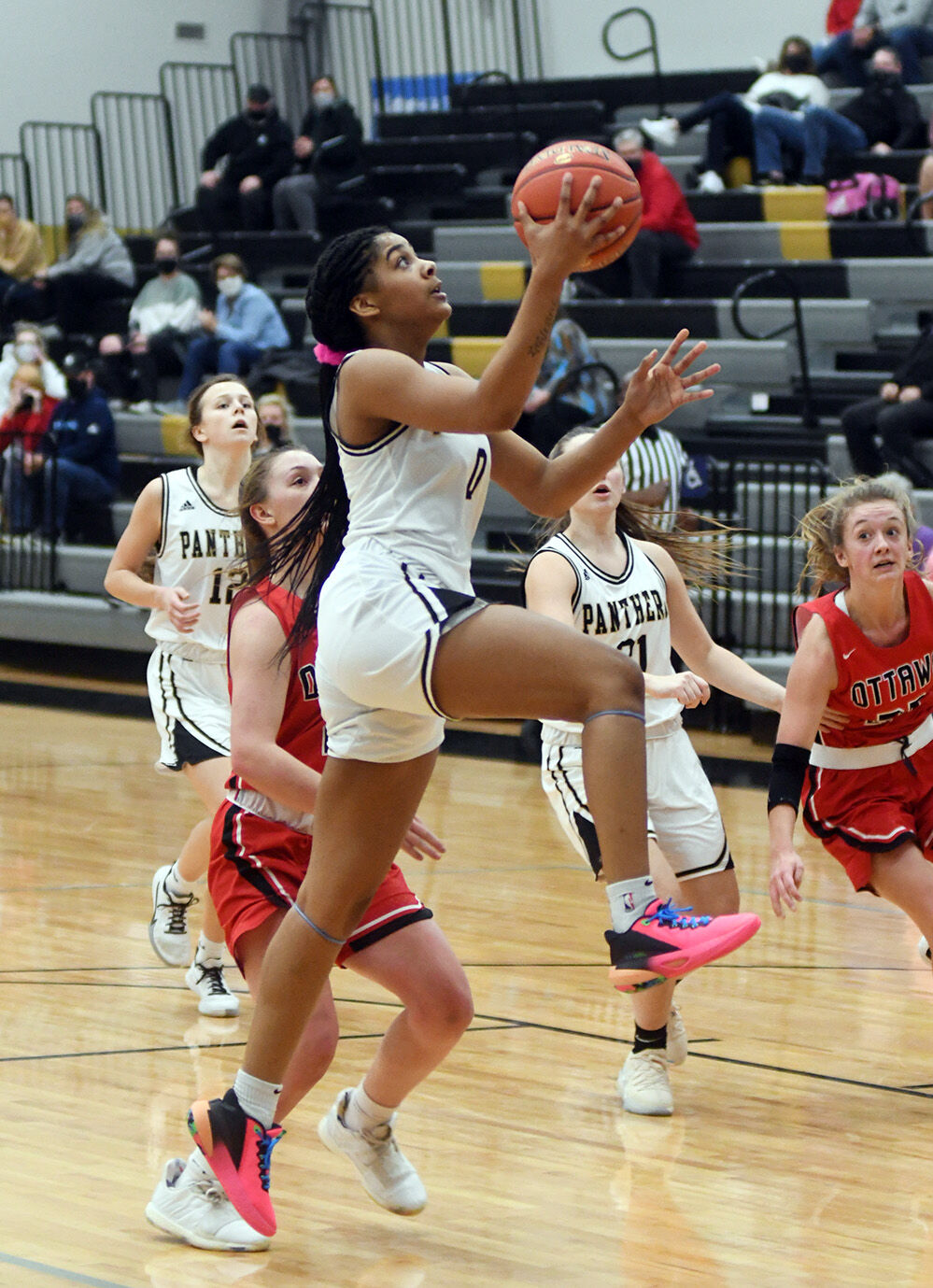 Madilyn Melton has a picture taken with a sign for the 500th rebound of her high school career.

Spring Hill senior Alli Frank reaches for a rebound for the Lady Broncos.

Osawatomie senior post player Madie Ballou fights for a rebound against Anderson County in the Class 3A substate title game in Wellsville on Saturday, March 6.

LOUISBURG — The Louisburg Lady Cats made a historic run to the Class 4A state tournament, placing third in the state.

It was a trip 47 years in the making for the Louisburg girls, who defeated Fort Scott in the substate championship game and went on the road for a victory against Labette County in the state quarterfinals.

Louisburg, 19-5, fell to McPherson in the state semifinals in Salina.

The Osawatomie Lady Trojans, 20-3, wrote a little school history of their own during their substate championship run.

Amiah Simmons, the Spotlight player of the year, scored a school-record 52 points in a 78-56 victory against Anderson County in the substate championship game at Wellsville. Simmons topped 1,000 points in her career this season.

Osawatomie defeated Perry-Lecompton by a final of 92-56 in the semifinals, setting a school record for points in a game. The Lady Trojans opened the substate tournament with an 87-42 victory against Prairie View.

Lagasse pushed the pace on the floor for Osawatomie. She was a field general. Lagasse could drive the lane and was a sharp shooter from the 3-point line.

Alli Frank, a Spring Hill senior, was a first-team selection for the Lady Broncos.

Moore, a second-team selection, averaged 7.3 points, 8.6 rebounds and 1.5 steals per game for the Lady Cats. She recorded the 500th rebound of her high school career this season.

Tiana Simmons, a second-team selection, helped push the pace for Osawatomie and was strong on the boards on both ends of the court.

Mynsted, a second-team selection for Louisburg, was among team leaders in points and rebounds.

Dakiah Yates, a Paola junior, was a second-team selection. Yates was a shooting guard who helped run the floor for the Lady Panthers. Yates averaged 9.2 points and 4.2 rebounds and 1.5 steals per game. She shot 80 percent from the free-throw line.

Ballou, an Osawatomie post player, was one of the top rebounders and also among team leaders in scoring.

Milroy was among team leaders in assists and rebounds. She was tenacious on the boards. Milroy averaged 5.0 points, 4 rebounds, 3.8 assists, 2.9 steals and 2.6 deflections per game.