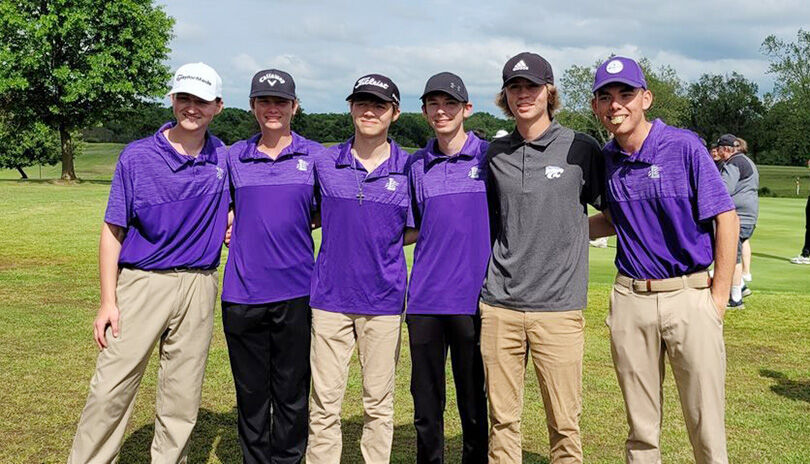 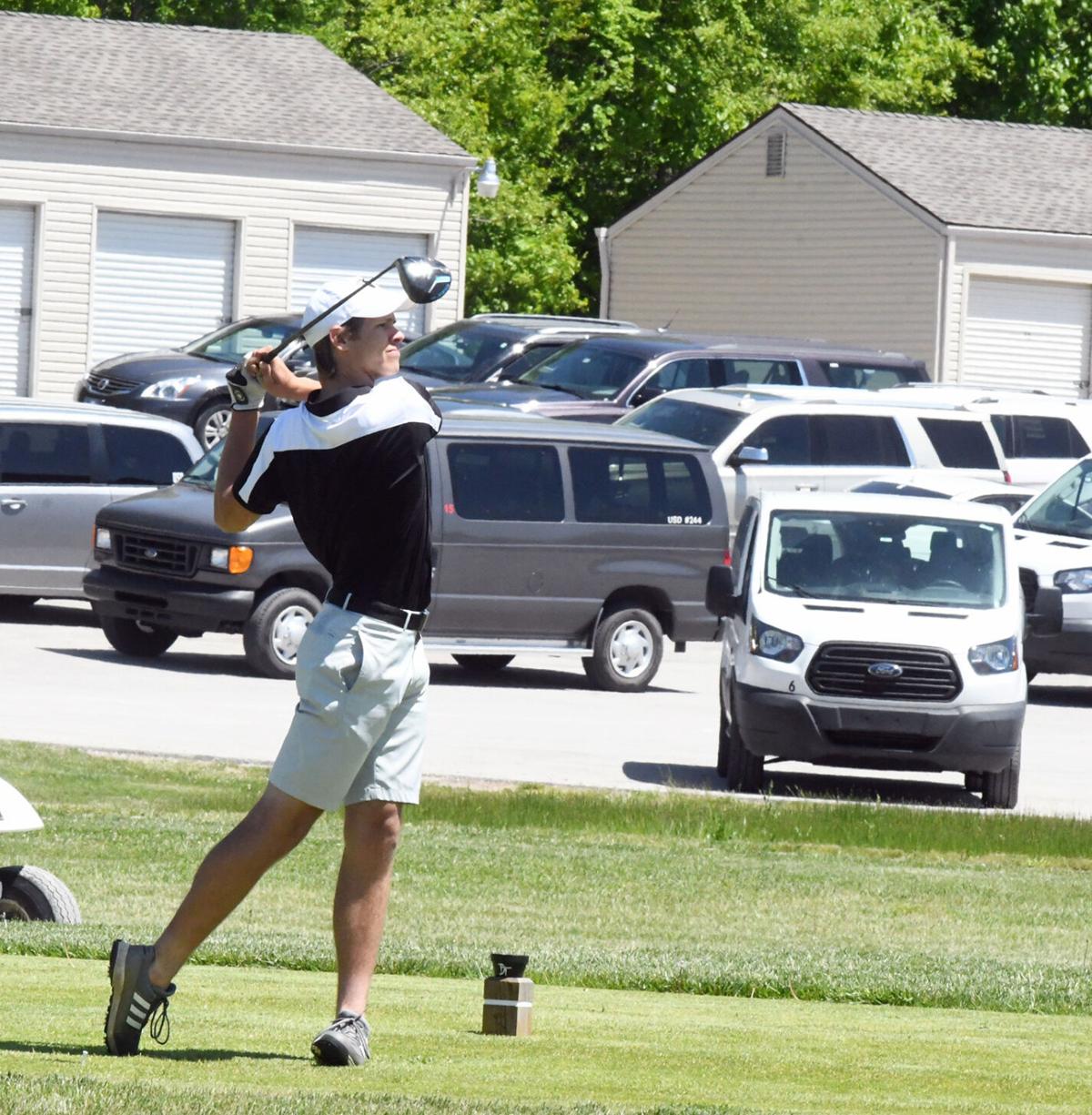 Seth Aistrup of Paola follows through on a shot in the Prairie View Invitational. He was runner-up in the Class 4A regional at Independence, qualifying for state.

Seth Aistrup of Paola follows through on a shot in the Prairie View Invitational. He was runner-up in the Class 4A regional at Independence, qualifying for state.

The two-day state tournament was held Monday, May 24, and Tuesday, May 25, at Mariah Hills Golf Course in Dodge City.

A.J. Arriola, Johnny Eberhart, Johnny Thompson, Jackson Olson, Sam Wheeler and Dacey Wieland placed third in the Class 4A regional at Independence to qualify for state as a team.

It is the second time in three years, two seasons, that the Wildcats have sent the entire team to state.

The Louisburg Wildcats qualified the team for state in 2019 and did not get an opportunity to compete in 2020 due to COVID-19. Louisburg made up for lost time, sending the team back again with all new faces this spring.

Louisburg carded a 361 for third place in the Independence regional.

Independence had carded a 361 to win the regional team title.

Seth Aistrup led the Panther golfers at the regional, carding an 81 for second place on the leaderboard.

His runner-up performance qualified Aistrup for the state tournamnt.

Johnny Eberhart, a Louisburg senior, placed fourth in the regional with an 87.

Eberhart won a regional medal for the performance.

Arriola, a Wildcat junior, placed 11th in the regional with a 93.