You are the owner of this article.
Edit Article Add New Article
You have permission to edit this article.
Edit
News
Announcements
Voices
Sports
Obituaries
Special Sections
Multimedia
Marketplace
Contests
Info
1 of 7 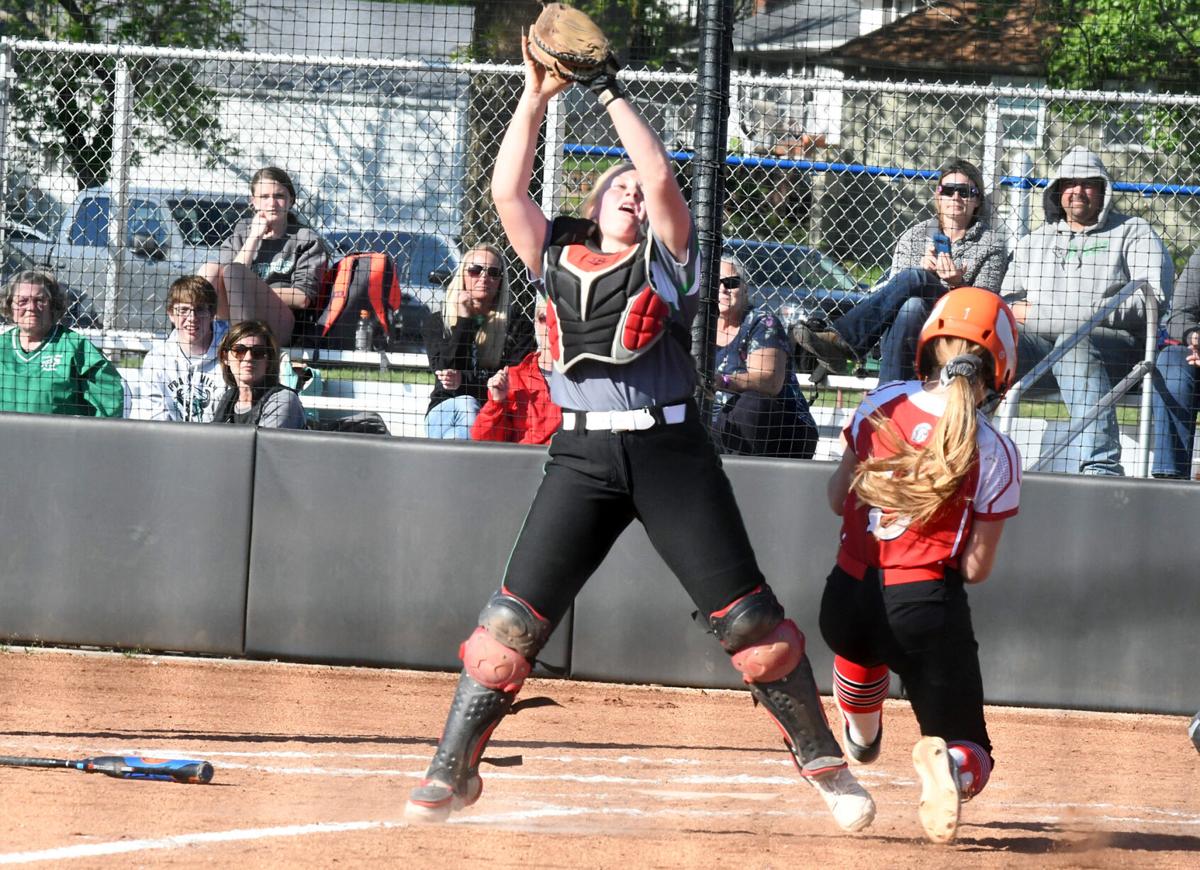 Braxton Stainbrook reaches for a throw on a play at the plate for the Prairie View Buffalos. She drove in a team-leading 36 runs. 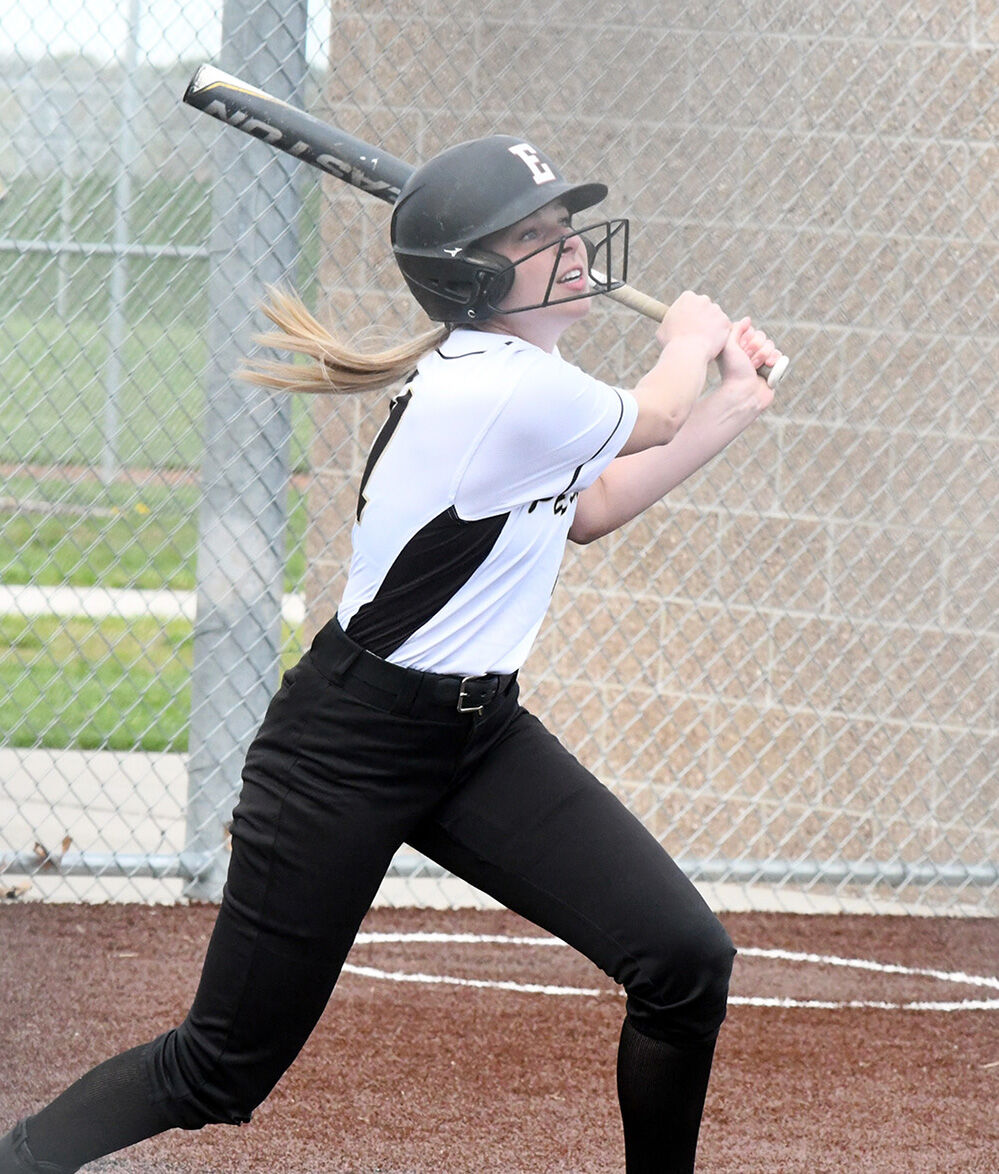 Alexis Chapman drives a ball for the Lady Panthers. She was a first-team Spotlight selection at outfield. 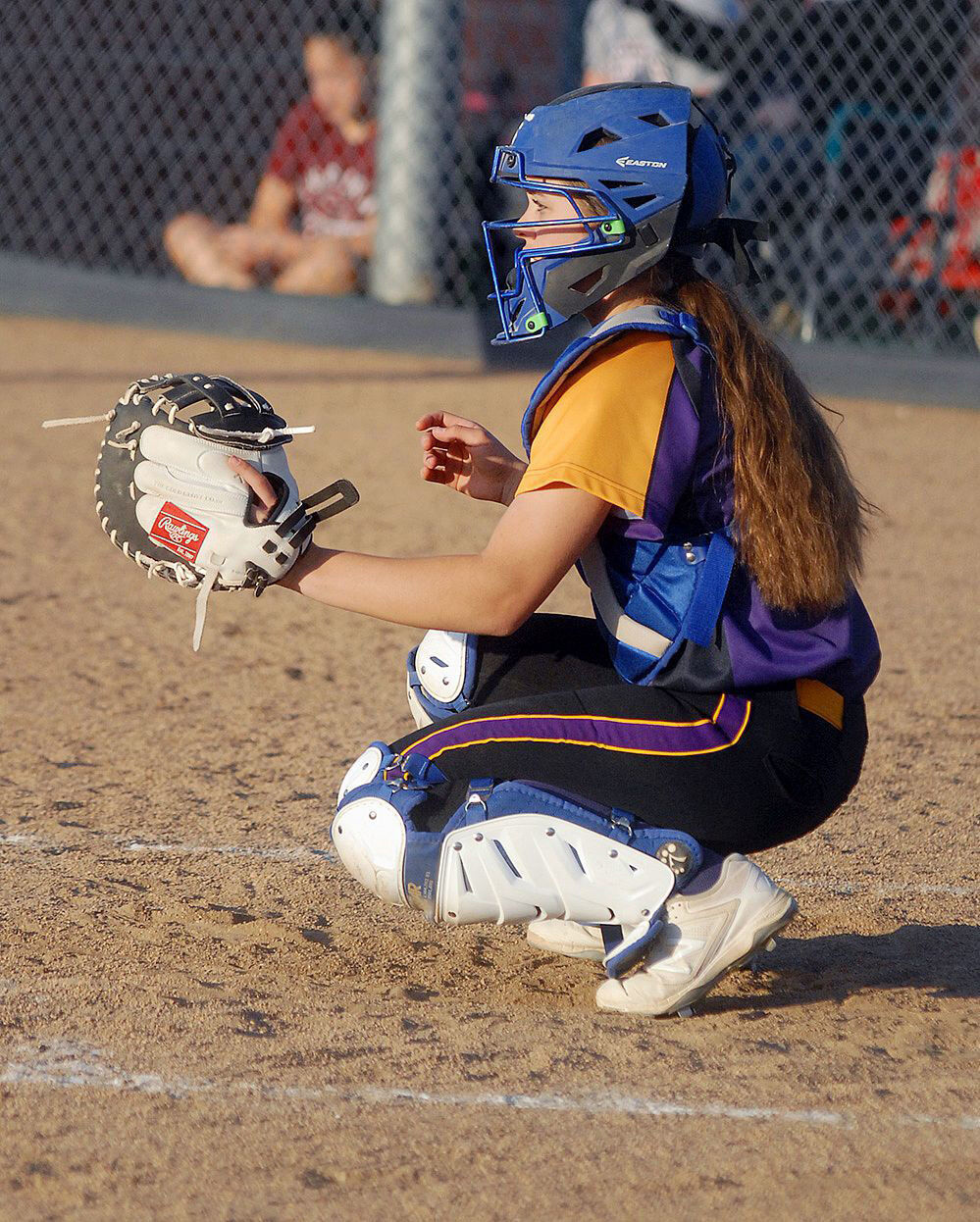 Gaige Pinkerton sets up for a pitch for the Lady Broncos. She was a first-team Spotlight selection at catcher. 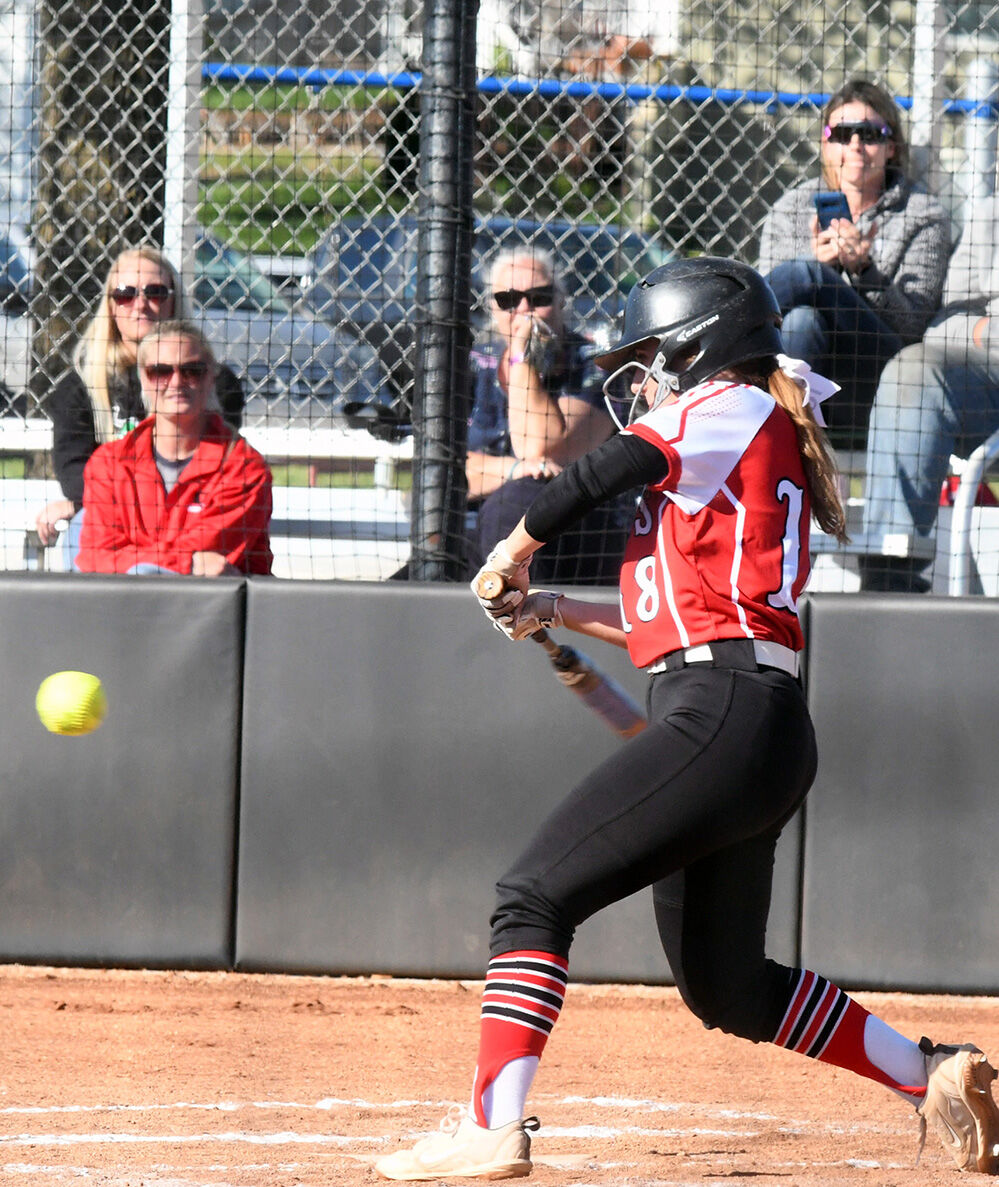 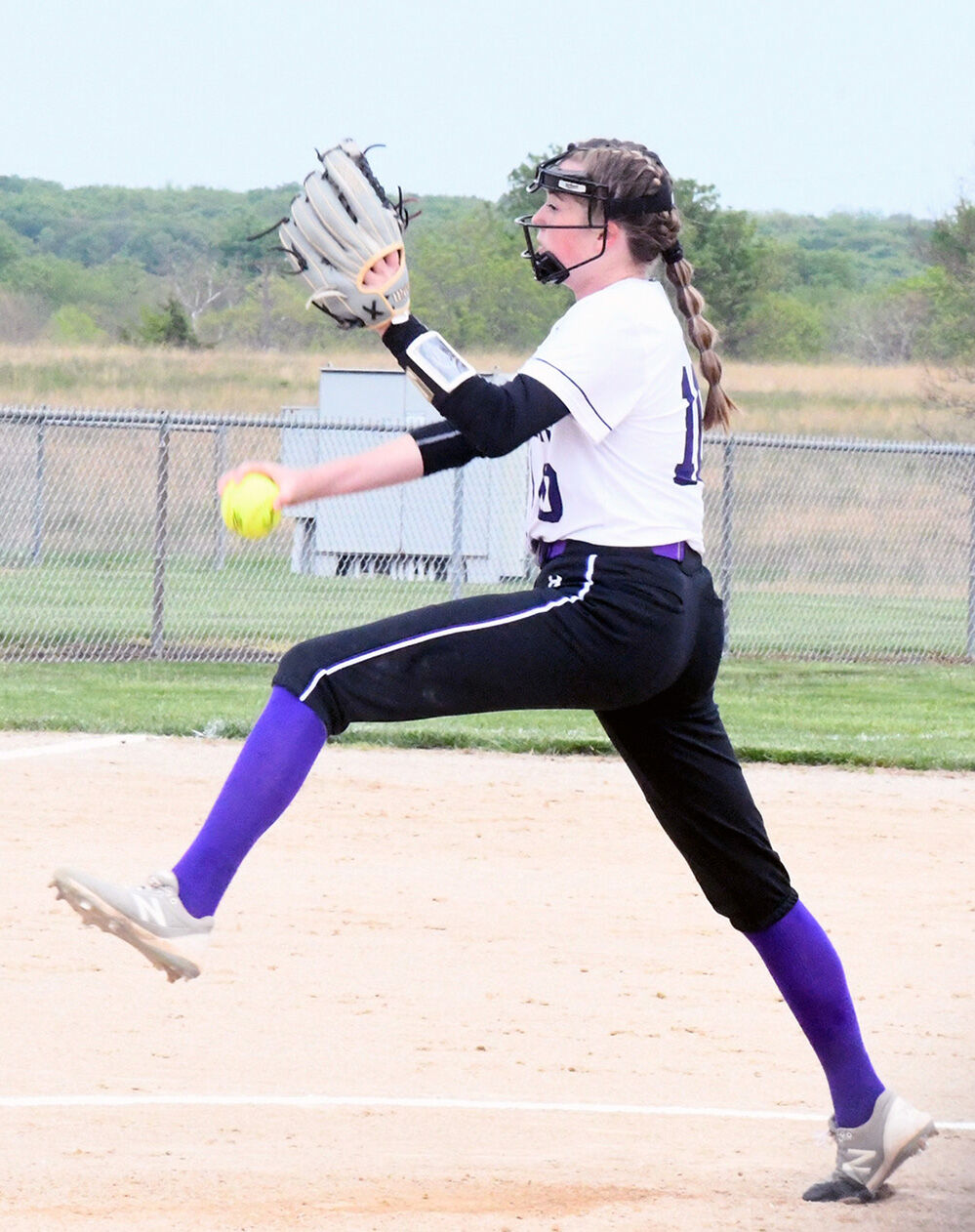 Mia Wilson prepares to fire a pitch home for Louisburg. She was named second-team pitcher. 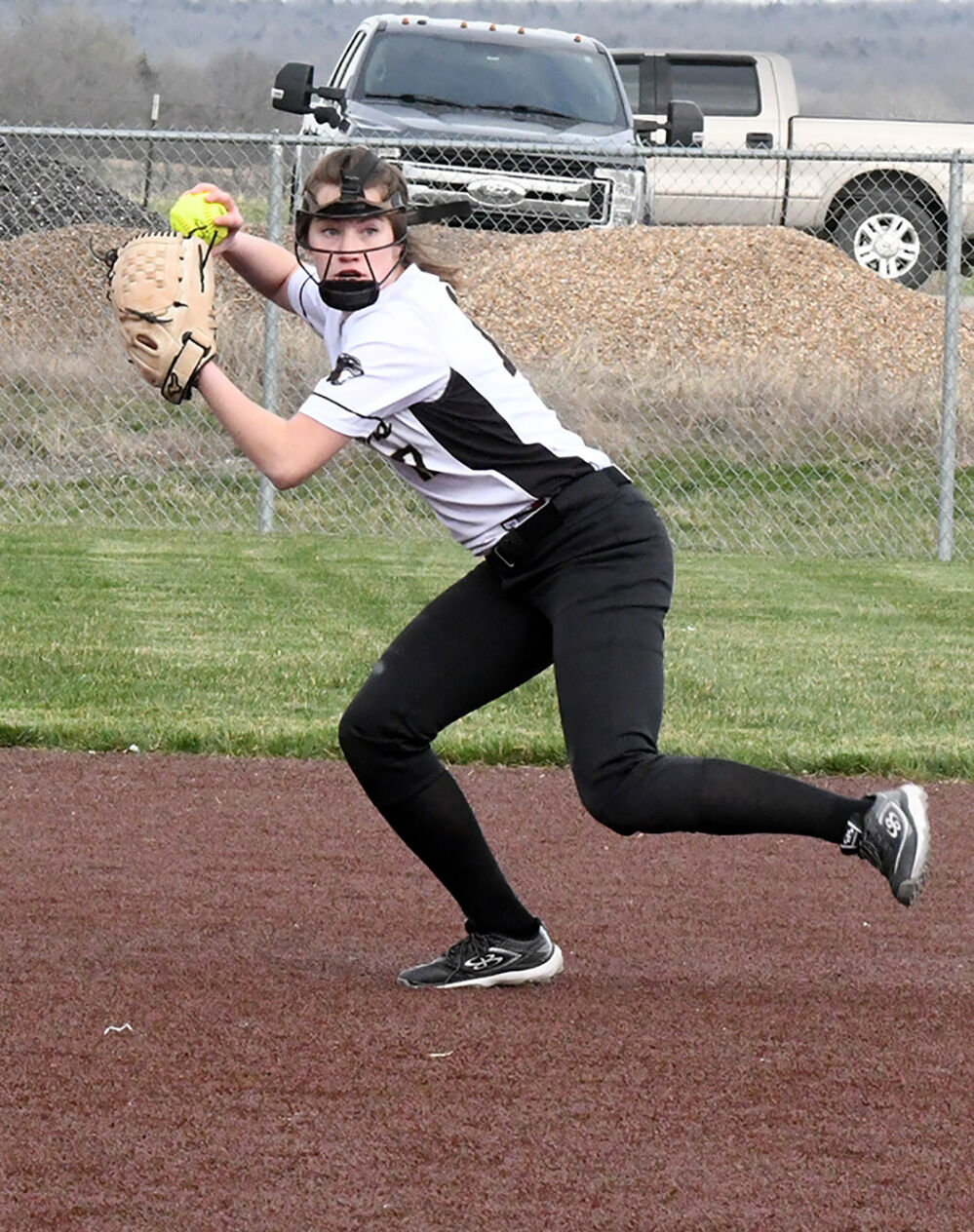 Maggie Kauk of Paola comes up throwing on a ground ball. She was a first-team Spotlight selection. 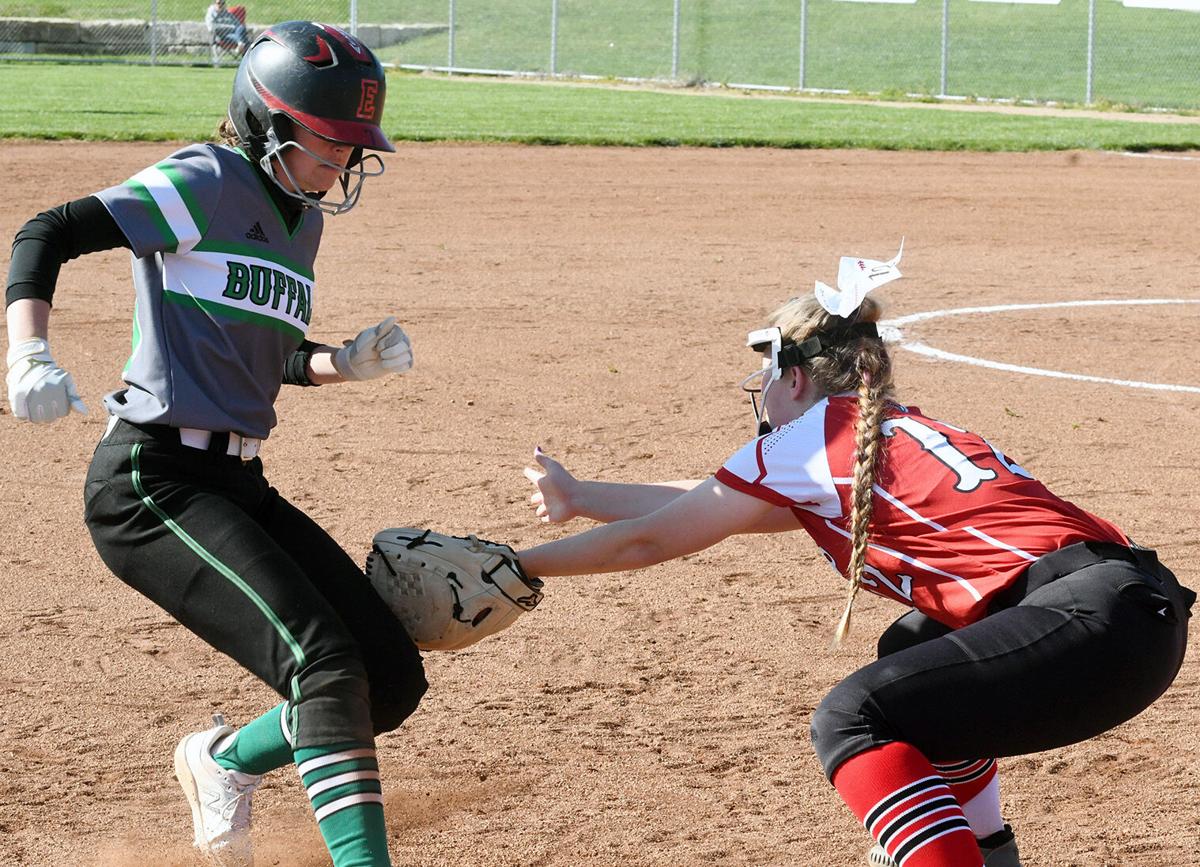 Lady Trojan Meadow Stull puts a tag on a runner at third base. Stull was a first-team Spotlight selection.

Braxton Stainbrook reaches for a throw on a play at the plate for the Prairie View Buffalos. She drove in a team-leading 36 runs.

Alexis Chapman drives a ball for the Lady Panthers. She was a first-team Spotlight selection at outfield.

Gaige Pinkerton sets up for a pitch for the Lady Broncos. She was a first-team Spotlight selection at catcher.

Mia Wilson prepares to fire a pitch home for Louisburg. She was named second-team pitcher.

Maggie Kauk of Paola comes up throwing on a ground ball. She was a first-team Spotlight selection.

Lady Trojan Meadow Stull puts a tag on a runner at third base. Stull was a first-team Spotlight selection.

Spring Hill, 21-2, won its first 16 games to open the season. The Lady Broncos did not give up a single run in their first six games and outscored their opponents 227 to 23 on the season.

Vanessa Murray was a first-team selection at pitcher.

Murray and January were named the Spotlight pitcher and player of the year. (See related stories)

Murray was 7-0 during the regular season with a .84 earned-run average. She struck out 93 in 58.1 innings pitched.

“Paityn Flood was our starting second baseman,” Kratzer said. “Paityn provided our line-up with power and speed. She played tremendous defense for us throughout the year.”

“Gaige Pinkerton was the top defensive catcher in the league,” Kratzer said. “She was not only strong behind the plate stopping teams running games, but also at blocking balls in the dirt. Gaige called every single pitch this year.

“There are very few programs that allow their catcher to call their own game,” he said. “I have that much trust in Gaige. She is extremely instinctive, both behind the plate but also on the bases. She was probably our best overall base runner.”

Hess hit .422 with 23 hits, including six doubles. She drove in eight runs and had 22 runs scored.

“Julia Hess embodies the definition of a utility player,” Kratzer said. “She played all three outfield positions, second base, first base, shortstop, and caught. Julia did whatever we asked. She also served as the designated hitter. It is hard to say how important someone like Julia is to a ball team. She can make up for injuries or go play a game for someone who might be in a funk either offensively or defensively. She is just that important.”

“McNally had the second best earned run average in the league and was in the top five in strikeouts,” Corey Kratzer said. “She was a tremendous outfielder, playing right field when she was not pitching.”

McNally was second on the team in runs batted in (23) and second in home runs (3).

“Mariah Hess was known for her defense,” Kratzer said. “She was one of the top defensive players in the league. She was our team leader and improved her offensive stats over what she has done in the past.”

“Riahn Pinkerton was our number two hitter,” Kratzer said. “She ended up being one of the top defensive players in the league. She is an extremely versatile batter, who we used a lot to hit and run.”

“Delaney Hill was solid defensively at first base,” Kratzer said. “She was our backup catcher, but because of Gaige we had to find a place to get Delaney onto the field, which is why we moved her to first. She has a very solid bat and has good gap to gap power.”

Emma Chambers, Prairie View, was named first team at pitcher. She was 10-1 with a 3.96 earned run average. Chambers struck out 67 batters in 76 innings pitched.

Alexis Chapman, Paola, was a first-team selection at outfield.

“Alexis was one of two players on our team with varsity experience prior to this season,” Paola coach Sherry Ball said. “She has been a varsity starter since her freshman year. Alexis is one of the best outfielders we have ever had.”

Chapman hit .550. She was a smart base runner, and Paola used her speed and quickness to take extra bases and keep pressure on the defense.

Rylee Boone, Prairie View, was a first-team selection at outfield.

Kauk, a left-handed slap hitter at the top of the Lady Panther lineup, hit over .500. She was on base more than 60 percent of the time.

“She was our leadoff hitter,” Ball sad. “Maggie did a great job of getting things going for our team in every game.”

Kate Ediger, Paola, was a first-team selection at infield.

“Kate did a great job at first base for us,” Ball said.

Ediger hit .587 with six home runs. She was on base more than 60 percent of the time.

Meadow Stull, Osawatomie, was named to the first team at infield.

Stull hit .507, leading the Lady Trojans. She was a solid glove, anchoring the defense at third base.

“Meadow was a team leader on and off the field,” Osawatomie coach Allen Neal said. “She has put her time in and deserves accolades as an outstanding softball player for Osawatomie.”

Skyler Gravatt, Osawatomie, was a first-team selection at outfield.

Gravatt batted .406, setting the table for Osawatomie. She led the club with 31 runs scored.

“Skyler was by far my best outfielder, and she helped the girls on either side of her,” Neal said. “She was a team leader. She deserves a hustle award.”

Strainbrook batted .526 with a team-leading 36 runs batted in. She had 18 runs scored. Stainbrook had 13 doubles, four triples and two home runs.

Mia Wilson, Louisburg, was a second-team selection at pitcher.

“Mia Wilson is a tough girl,” Louisburg softball coach Nick Chapman said. “She sustained some injuries throughout the season but never wanted to miss practice or a game. She got a line drive hit right back to her, in the face, and still finished the inning by striking out a girl. She is going to be huge for us next year, and I can’t wait to see the growth she makes.”

Wilson led the Lady Wildcats in runs batted in. She was also tough on the mound, registering 43 strikeouts.

“Brooklyn Diederich was a true leader for us,” Chapman said. “Even in games that we were getting beat up on, she was still willing to lay out and make plays. She is so smart on the offensive side of the ball.

“Brooklyn is always looking to find a way on base or get to the next bag,” he said. “She led the team in runs scored and was one of our top hitters.”

“Ava stepped in at the beginning of the season when Ediger, our returning varsity catcher, was unable to play due to a basketball injury,” Ball said. “Ava did a great job behind the plate for us this year, improving her game throughout the season.”

Kehl worked hard to become an offensive threat. She hit .429 with 22 runs batted in and two home runs.