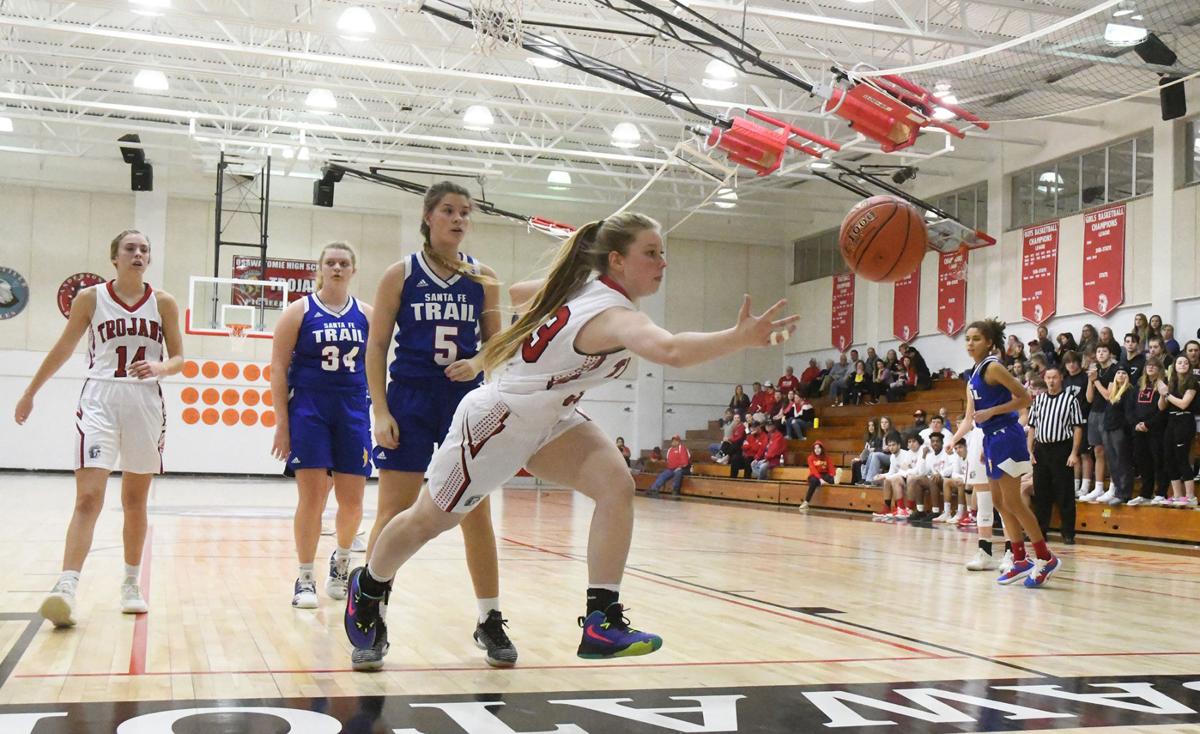 Meadow Stull reaches to save a loose ball for Osawatomie during the Lady Trojans’ home opener against Santa Fe Trail on Tuesday, Jan. 7. The Lady Trojans won the game, 31-30. 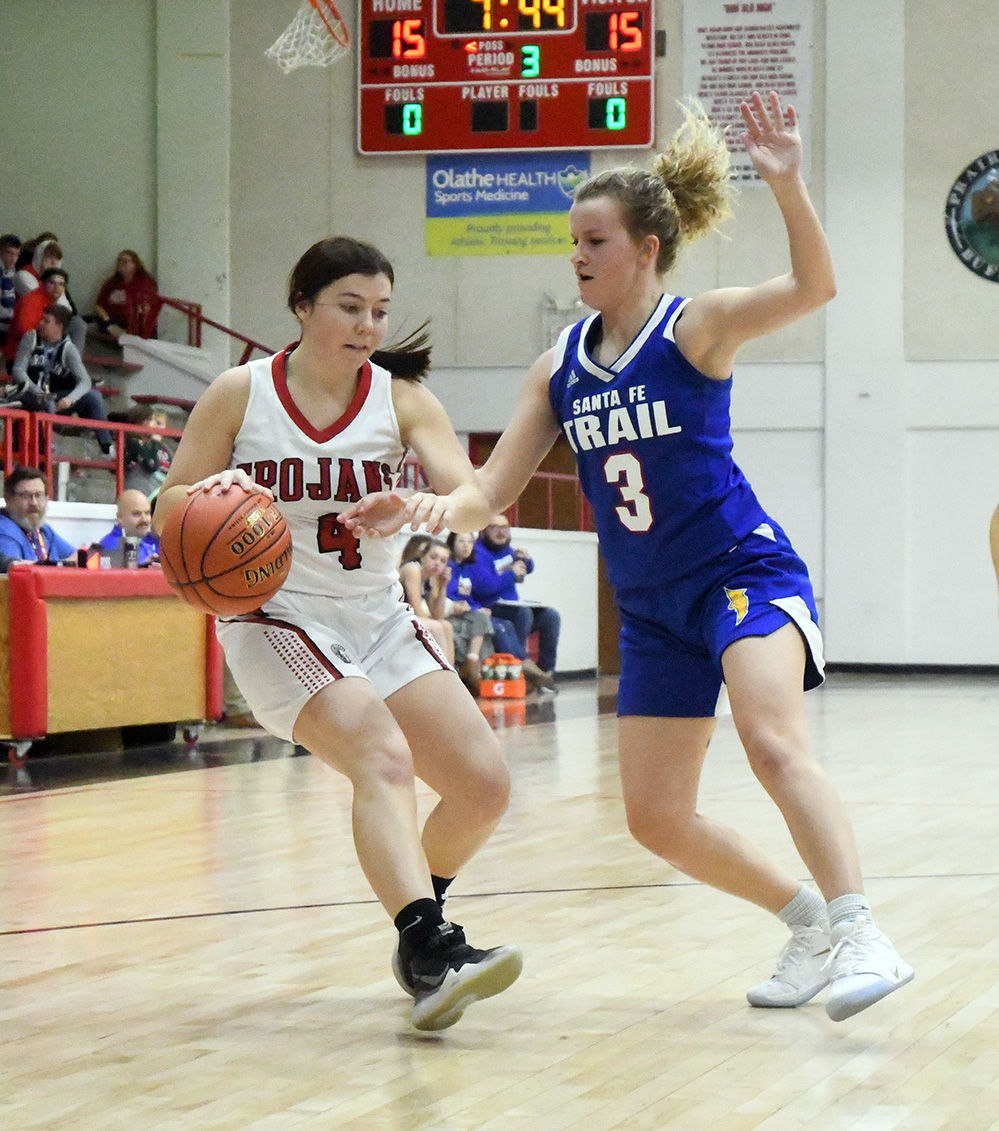 Meadow Stull reaches to save a loose ball for Osawatomie during the Lady Trojans’ home opener against Santa Fe Trail on Tuesday, Jan. 7. The Lady Trojans won the game, 31-30.

OSAWATOMIE — The Osawatomie Lady Trojans looked like they were going to cruise to a victory against the Chargers of Santa Fe Trail in their home opener.

Osawatomie went on a 13-6 run in the first quarter against Santa Fe Trail on Tuesday, Jan. 7.

The Lady Trojans were outscored 15-2 in the second quarter. It would be an uphill fight the rest of the way with the Lady Trojans winning the game in the final seconds, 31-30, on a free throw by Allie Lagasse.

Lagasse , who was back in the lineup following an injury, was the spark plug for the Lady Trojans. She scored the team’s first five points and last point in the one-point victory.

She opened the game with a layup and then hit a 3-pointer to make it 5-0 with 6:46 left in the first quarter.

Jayden McGinnis hit an inside basket to make it 7-2 with 6:14 on the clock. Ashlyn Kaempfe sank a free throw for an 8-4 score.

Madie Ballou made a baseline jump shot. McGinnis hit a 3-pointer to make it 13-6 at the end of the quarter.

The Lady Trojans mde one basket in the second quarter. The seven-point lead did not last long. Santa Fe Trailed opened the second quarter on a 9-0 run to pull right back in it.McGinnis sank Osawatomie’s only basket of the frame to tie the score at the half, 15-15.

Sydnee Booe and Lagasse hit key 3-pointers in the third quarter as Osawatomie took a three-point, 27-24.

Ballou made a field goal and a pair of free throws in the quarter.

Osawatomie was outscored 6-4 in the fourth quarter, but held on for the win.

Meadow Stull sank a 3-pointer for the Lady Trojans.Lagasse made a layup. She had a steal in the final seconds and was fouled on a drive to the basket. With just two seconds on the clock and the score tied a 30-30, it was up to Lagasse. She made the first free throw, and the Lady Trojans went on to win it by one point.

Osawatomie made 11 field goals, including four 3-pointers. The Lady Trojan made five of 18 free-throw attempts.