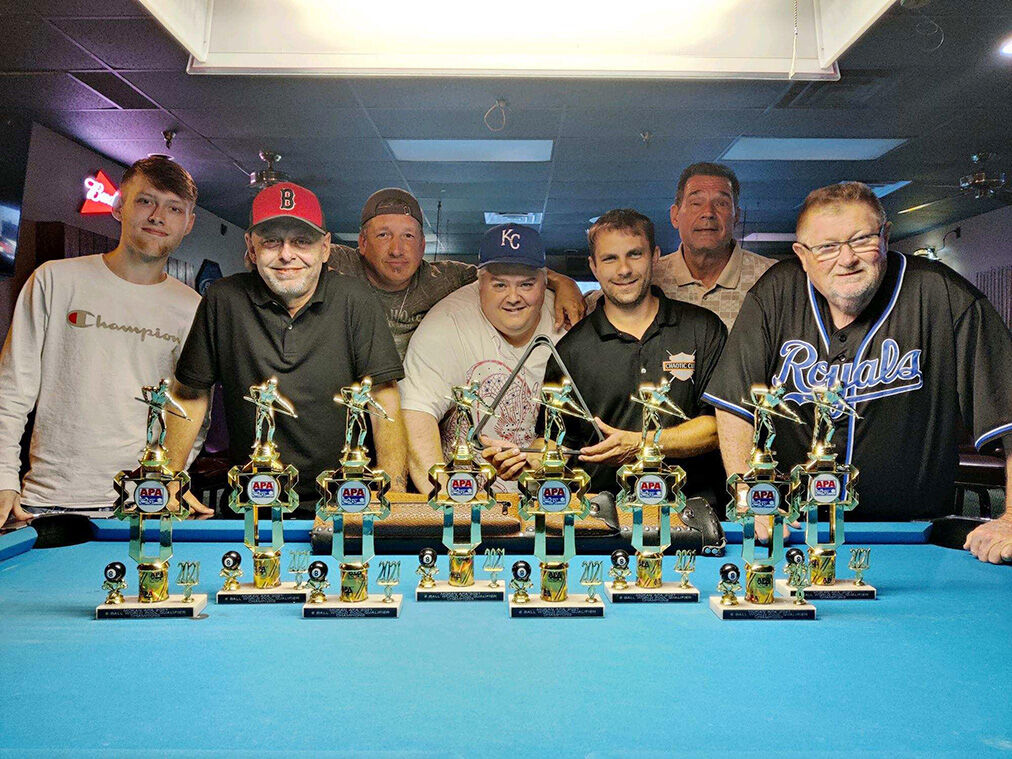 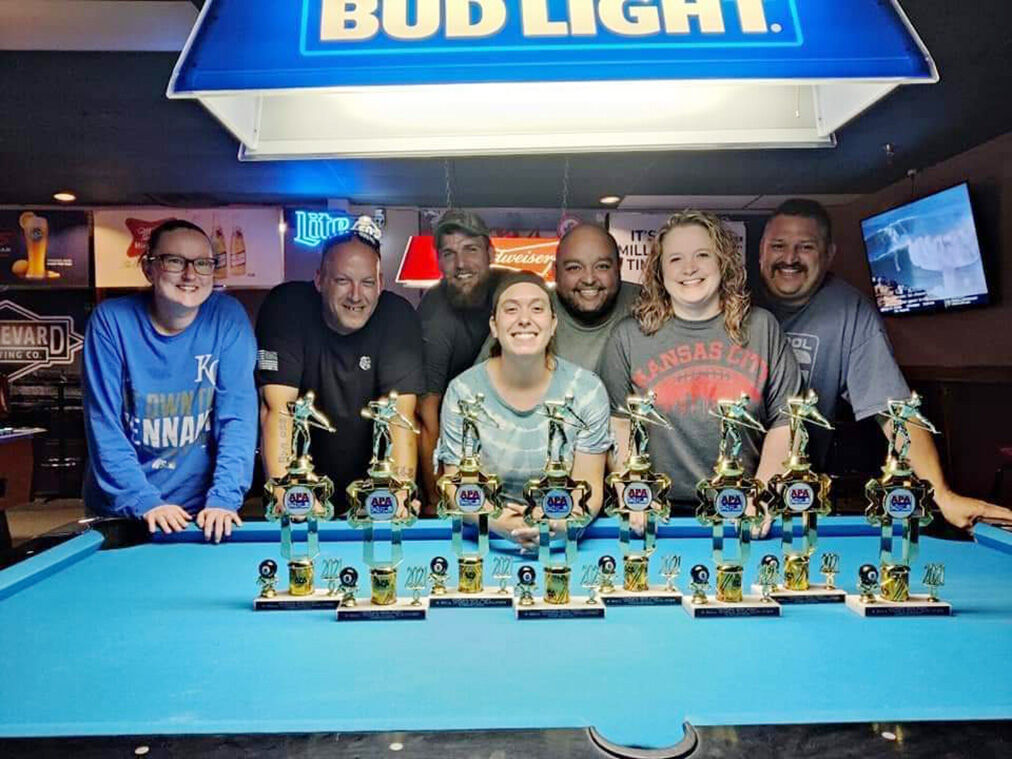 OSAWATOMIE — Two teams from the Monday night pool league at Cookie’s in Osawatomie are headed to Las Vegas.

The two teams from the Osawatomie league will represent the 147 teams from the APA (American Poolplayers Association) region at the APA World Championships in Las Vegas in October.

The APA qualifying tournament was held over three days.

The APA pool league is one with a handicap and skill level structure to help level the playing field. Skill levels are two through seven, with seven being the highest.

League and championship APA pool league is set up like regular eight-ball pool with some rule exceptions, such as “fouls” and “ball in hand.”

Every league night consists of five matches per team. A coin toss determines who puts their person up first, and it rotates for the rest of the matches. Each team has five players match up against a member of the other team.

Players can score points for the match win. Even if they do not win the match, they can add team points for each game they won.

APA is not a call-your-shot league. However, players are required to place a marker near the pocket they are going to shoot the eight ball in.