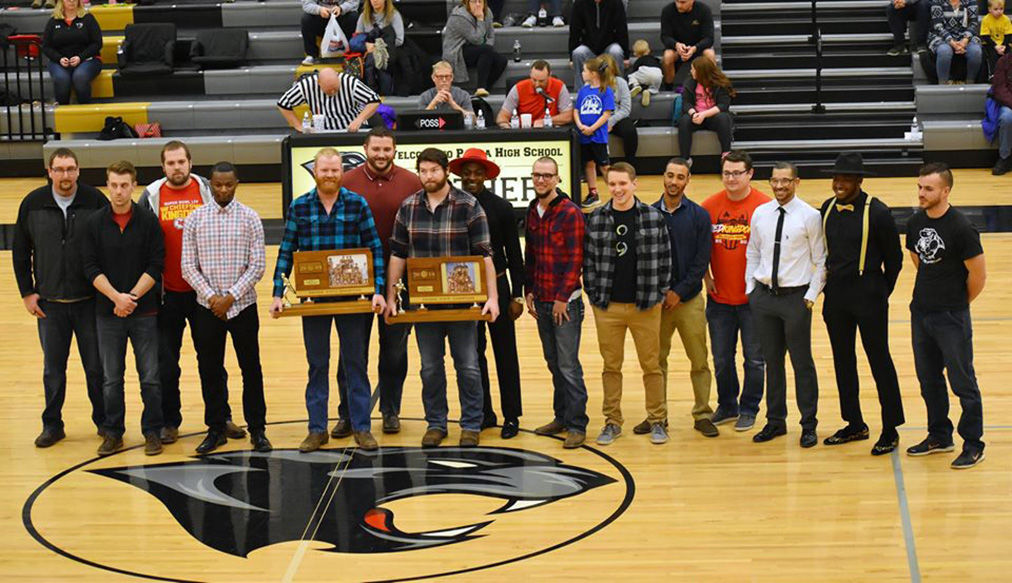 Members of the back-to-back state championship Panther track and field teams from 2009 and 2010 pose for pictures after being inducted into the Paola High School Athletic Hall of Fame on Friday, Jan. 31. During a two-year stretch the Paola boys won every meet with the exception of one, falling in a close meet at Gardner to a Class 6A program. 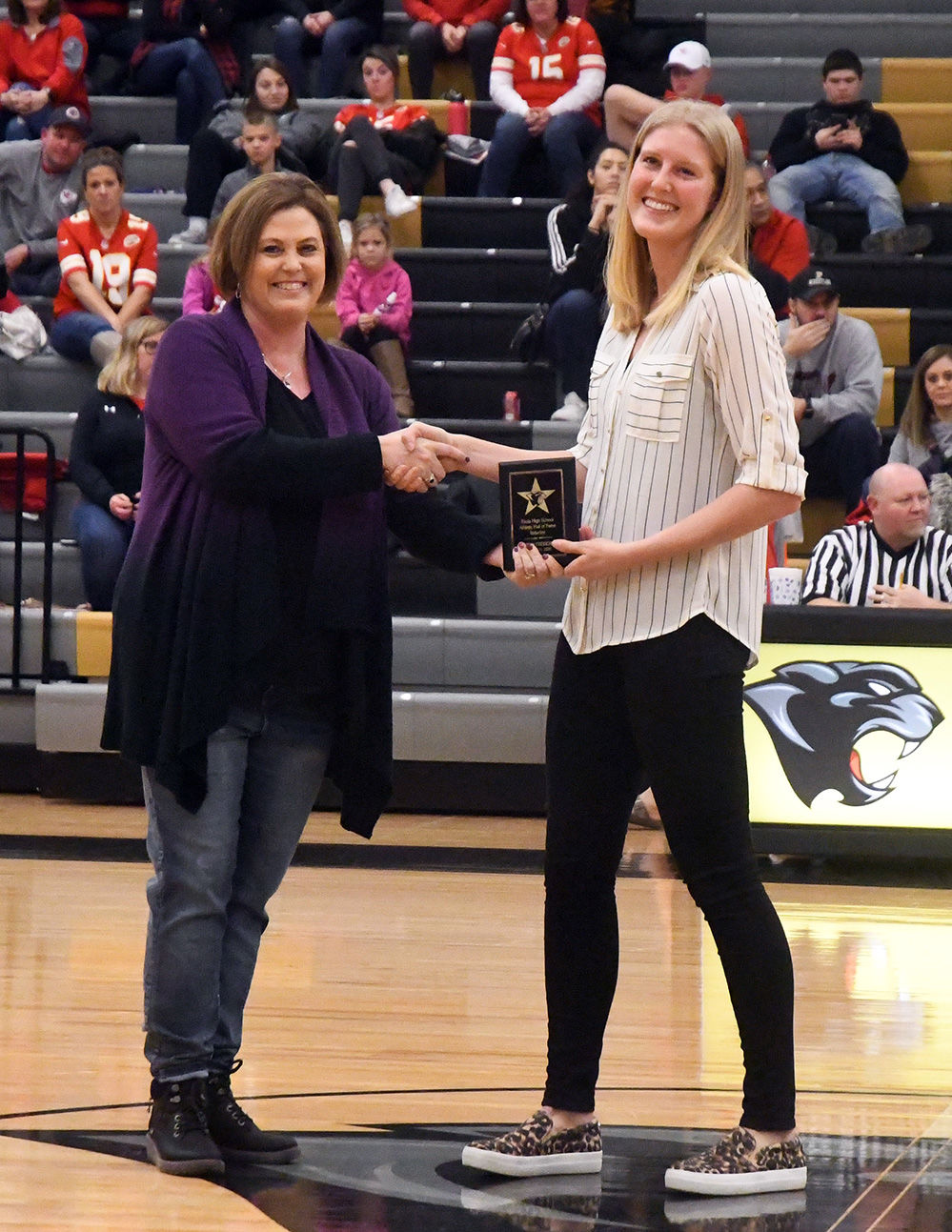 Members of the back-to-back state championship Panther track and field teams from 2009 and 2010 pose for pictures after being inducted into the Paola High School Athletic Hall of Fame on Friday, Jan. 31. During a two-year stretch the Paola boys won every meet with the exception of one, falling in a close meet at Gardner to a Class 6A program.

“Please welcome back to Paola our first honorees this evening; the back-to-back state championship track teams from 2009 and 2010,” Principal Jeff Hines said. “These teams elevated our track program to new heights under the leadership of head coach Mike Smith, and set a standard that all Panthers seek to live up to when they put on the Paola uniform during track season.”

Paola won the team title in 2009 by 237 points, more than double the score of the state runner-up. The Panthers placed first, second and third in the shot put in 2010, which is very impressive since teams can only have three entries in an event. Paola had the team title won by the conclusion of the shot and discus on the first day of the two-day meet.

During those two years of dominance, the Paola Panthers won every track meet but one, losing a close meet at Gardner to a Class 6A program. The 2009 and 2010 boys track teams won back-to-back Frontier League, regional and state championships.

“Alumni from these teams went on to participate in collegiate programs such as Highland Community College, Ottawa University, Southwestern, the University of Kansas and Pittsburg State University. While competing collegiately multiple individuals earned the designation as an All-American and won the national championship in their individual event, while being a part of conference championship squads,” Hines said.

Fans rose and gave the returning alumni a standing ovation.

Frederick, a 2014 graduate of Paola High School, was a 16-time state qualifier, the most an athlete can have. She medaled 15 times.

She was a multi-sport athlete, with 11 varsity letters. She was on the cheerleading squad, played basketball, cross country and track with letters in all four.

“Lauren was a standout in cross country helping the Lady Panthers to four consecutive regional championships and twice ending up on the podium as the third-place team at the state meet,” Hines said.

She was on the Academic All-State team in track. Frederick graduated as the school record holder in the 4K race. She was a state qualifier in the 200, 400, high jump, 4x400 and 4x800. The Lady Panthers track and field team won the state title her senior year in 2014 to claim the first girls state championship in school history.

Frederick competed in the NCAA in track and field at the University of Northern Iowa. She competed in the pentathlon, heptathlon and the 400 hurdles. She was in the top 10 in the indoor and outdoor conference meets in all three events and was runner-up in the heptathlon in 2018.

She graduated from Northern Iowa with a degree in social work. Frederick is in her final semester of graduate studies at the University of Kansas.

Frederick is currently completing an internship at Children’s Mercy Hospital as part of the Acute Mental Health Screening Team in the Emergency Department. She plans to carry out the important work of eliminating the stigma around mental health and will pursue suicide prevention in all aspects of health care.”Frederick shared coach Smith’s wods of wisdom, which served her well, not only in track but also in life.

“Coach Mike Smith always said, ‘You get out of track what you put into it.’ I lived by those words.”

Other members of the Paola High School Athletic Hall of Fame are, by year: