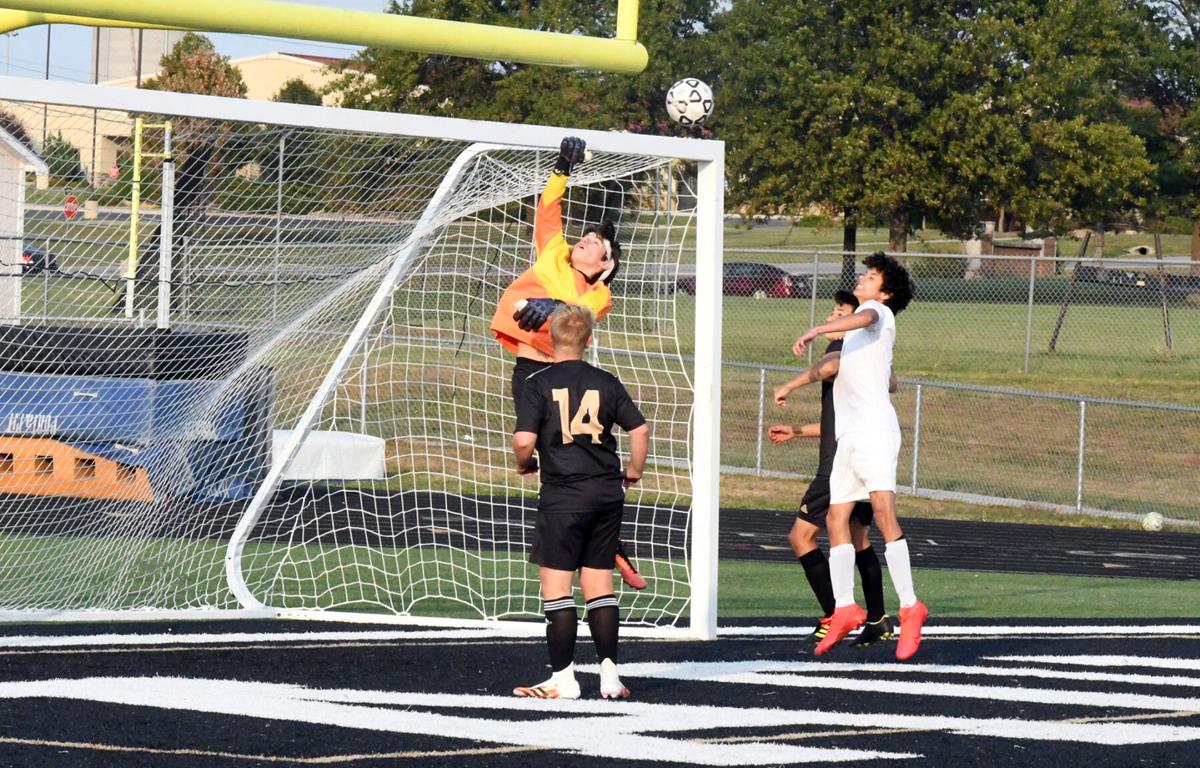 Paola goalie Blake Ramsey punches the ball over the corner on a save against Lansing on Monday, Oct. 5. Ramsey denied Lansing on a penalty kick in the first half. The Panthers lost to the Lions, 3-0. 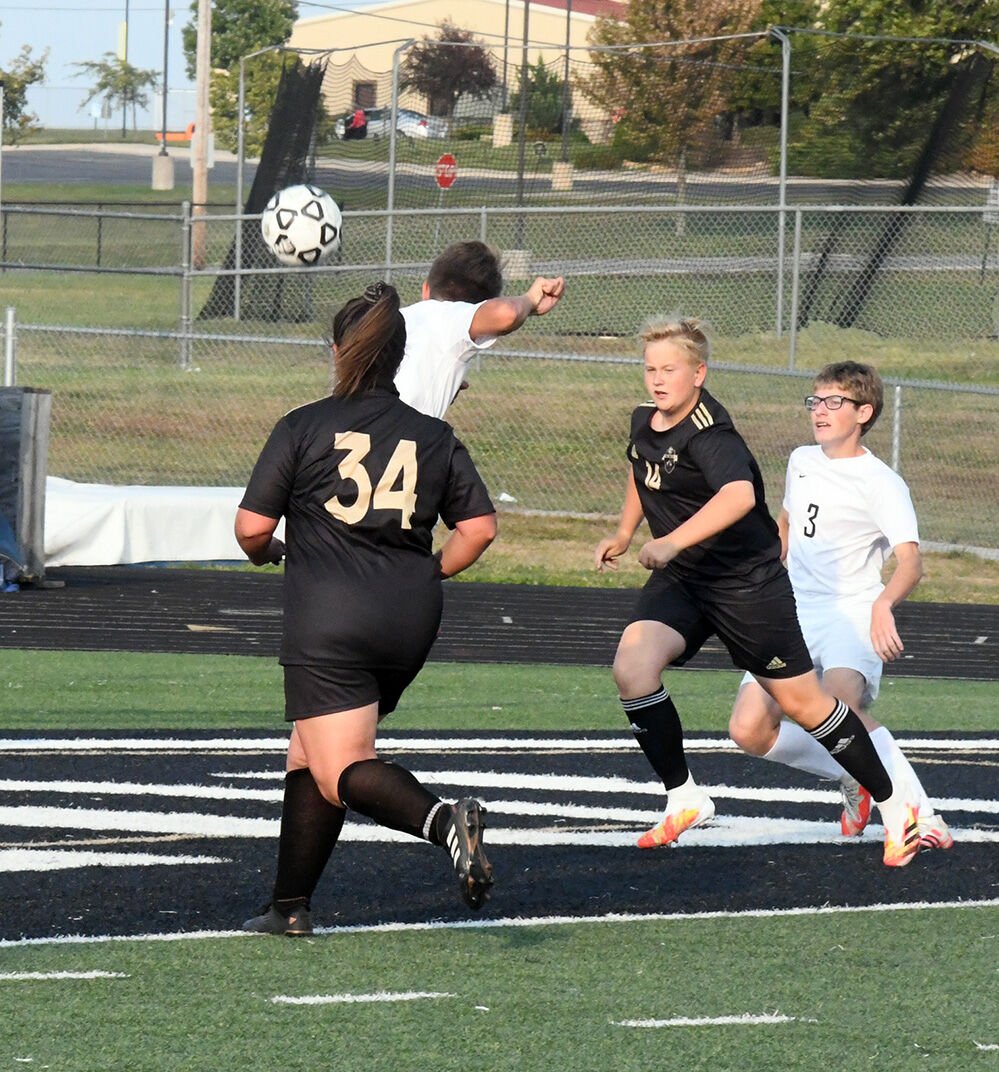 Paola defenders Ariana Gallagher (left) and Truman White run to challenge a Lansing player during an attack in goal.

Paola goalie Blake Ramsey punches the ball over the corner on a save against Lansing on Monday, Oct. 5. Ramsey denied Lansing on a penalty kick in the first half. The Panthers lost to the Lions, 3-0.

Paola defenders Ariana Gallagher (left) and Truman White run to challenge a Lansing player during an attack in goal.

PAOLA — Keeper Blake Ramsey kept the Paola Panthers in a home game against the Lansing Lions.

Ramsey made one save after another for the Panthers. He even denied Lansing on a penalty kick in the first half of the contest Monday, Oct. 5.

The Panthers played the game with 12 players, using one substitution.

Dominic McCoy was injured in the second half. Paola decided to go with 10 players for the final 10 minutes and substitute one player.

Lansing fired a shot over the goal two minutes into the game. The Lions controlled the possession most of the game and were on the attack.

Ramsey made his first save on a hard shot with 35 minutes left on the clock. Lansing was awarded a penalty kick when defender Ian Heid blocked the ball from a defender. Despite an objection and a request for an explanation from Paola coach Ray Seefeldt, the call was upheld and Lansing was given the penalty kick. Ramsey made a great save on the shot fired right to the center of the goal.

Ben Timpe made a great cross in front of the Lansing goal and Heid headed the ball wide with 26 minute remaining in the half.

Lansing made a cross with six minutes on the clock, got the ball on the back side and tapped it in for a 1-0 lead.

With 33 seconds left in the half, Lansing waked the ball in on Paola and took advantage with a shot in the back of the net to make it 2-0.

Ramsey came out and smothered the ball for a save seven minutes in.

Timpe fired a shot off the goal post with 35 minutes on the clock.

Ramsey leapt to push the ball over the top corner for a huge save with 29 minutes left in regulation.

Ramsey made another big save with 22 minutes on the clock. Truman White made a great clear for the Paola defense.

Lansing had another great chance, getting numbers back against Paola. The Lions had time and space and capitalized with a shot to the far corner for a 3-0 lead with 15:38 left in the game.

Ariana Gallagher made a great clear for the Paola defense with less than four minutes to go. Heid had a shot over the goal in the final minute. Timpe ended the game with a big clear for the Panthers with 20 seconds left.