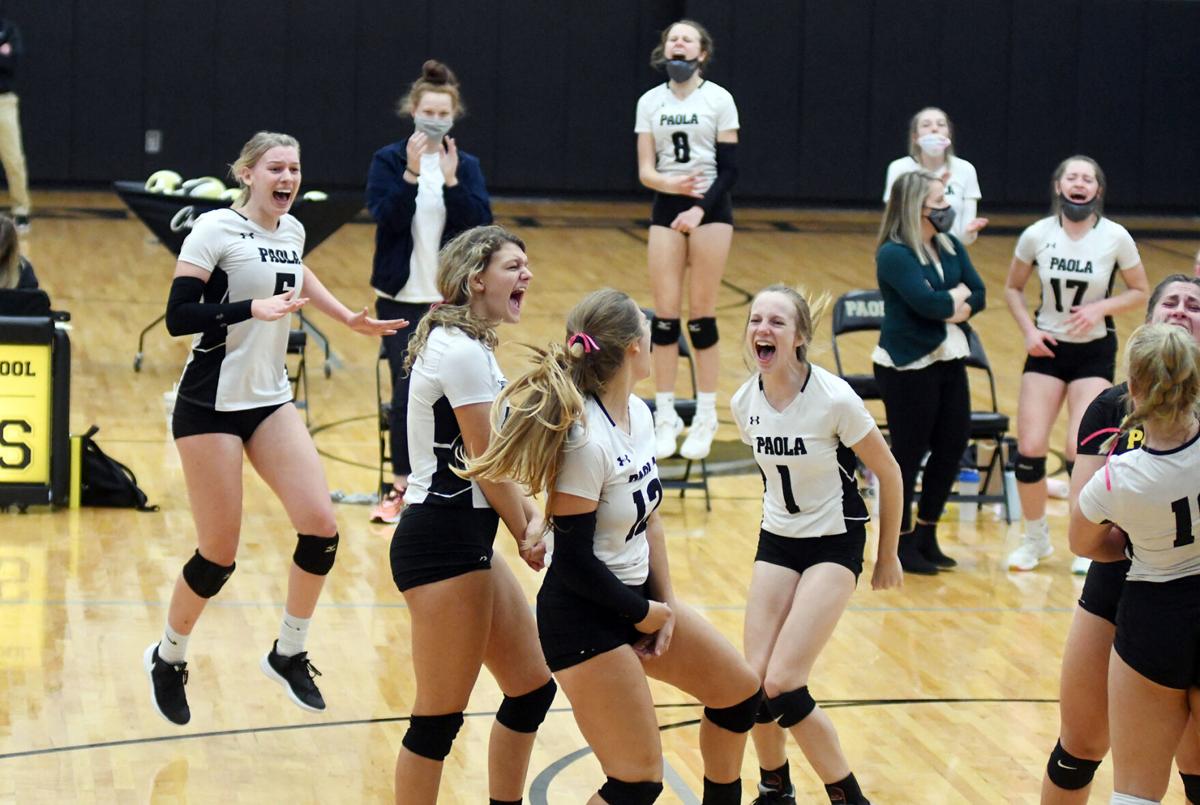 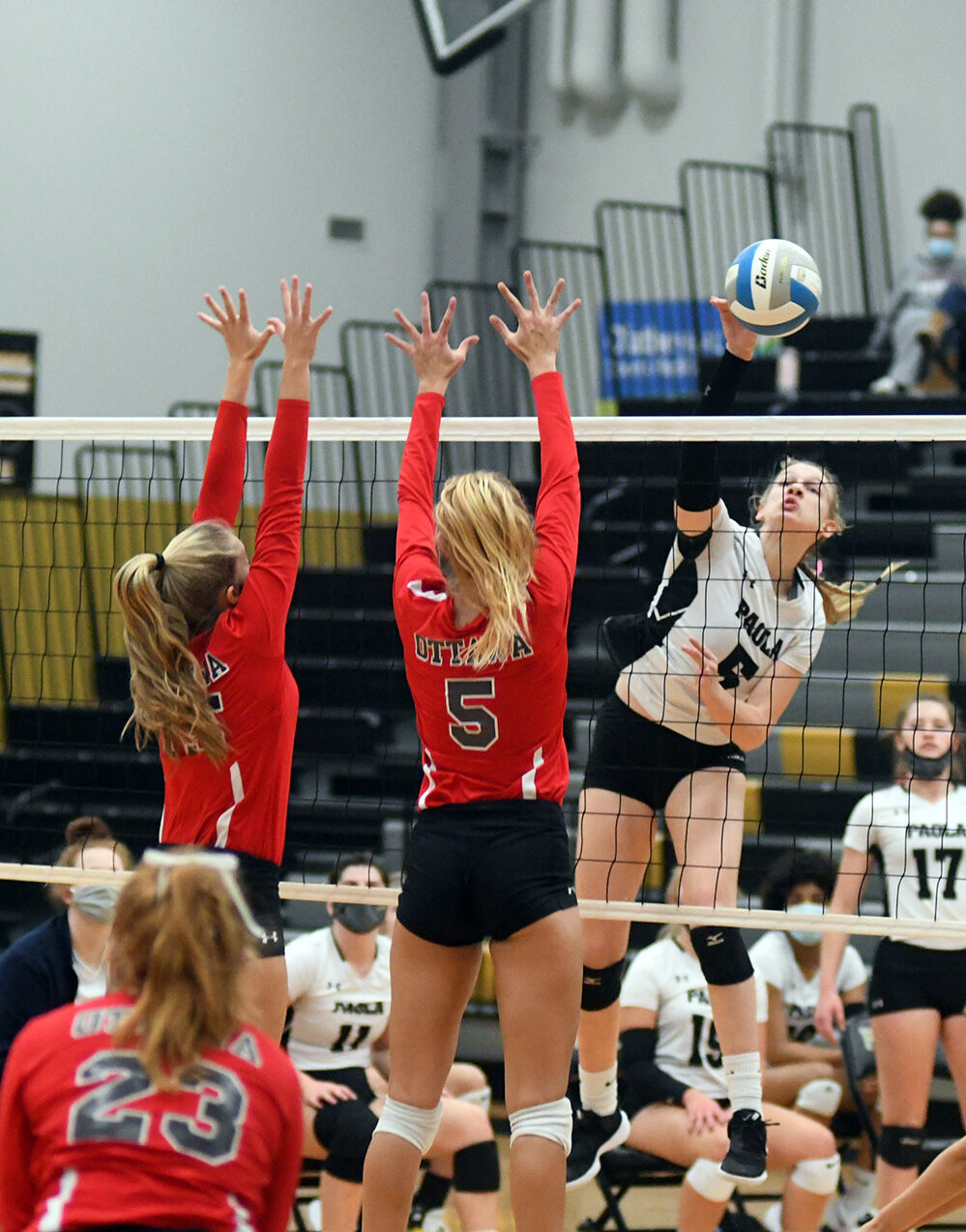 Paola senior Morgan Clark follows through on a spike against Ottawa. 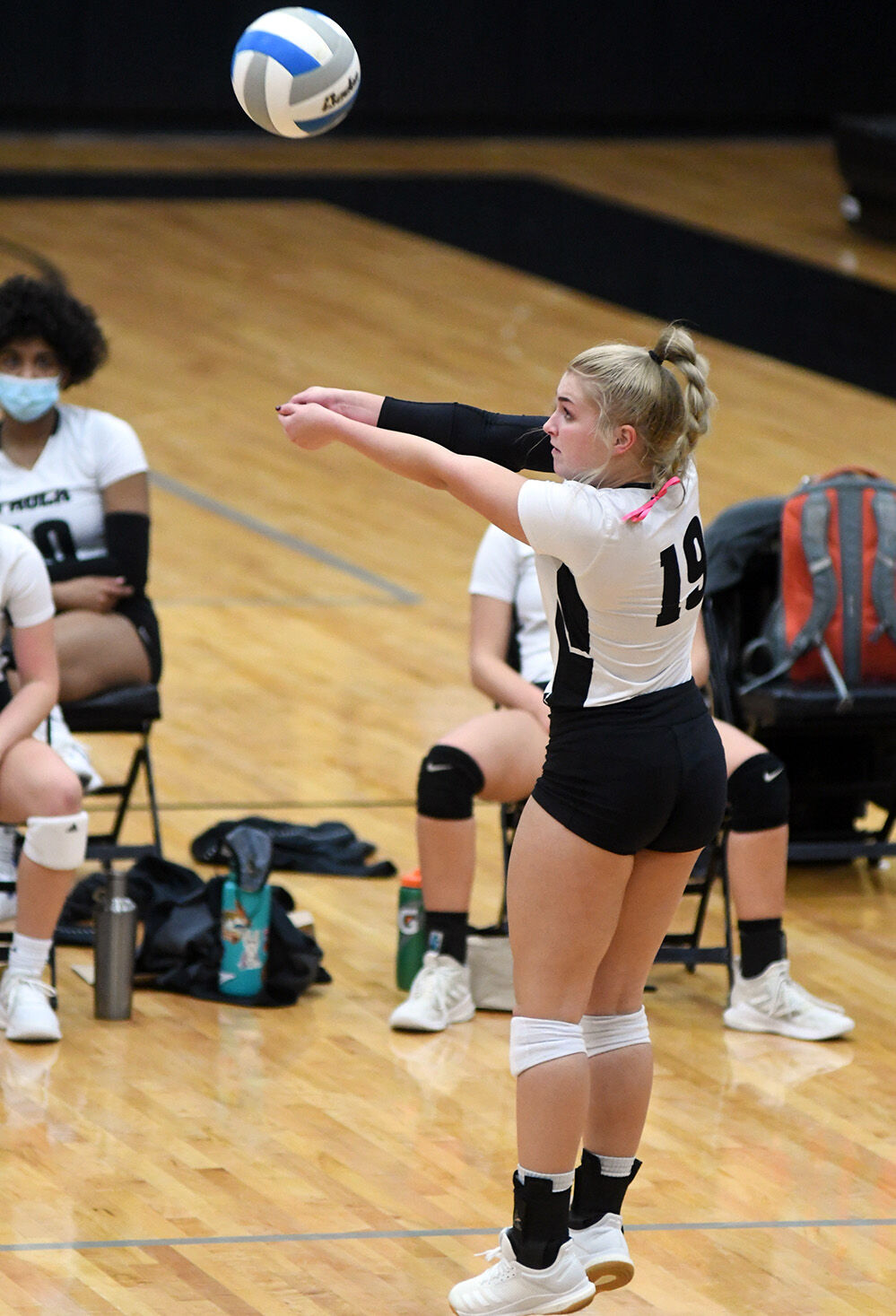 Rylan Armbruster, a Paola senior, bumps a ball during a volley. 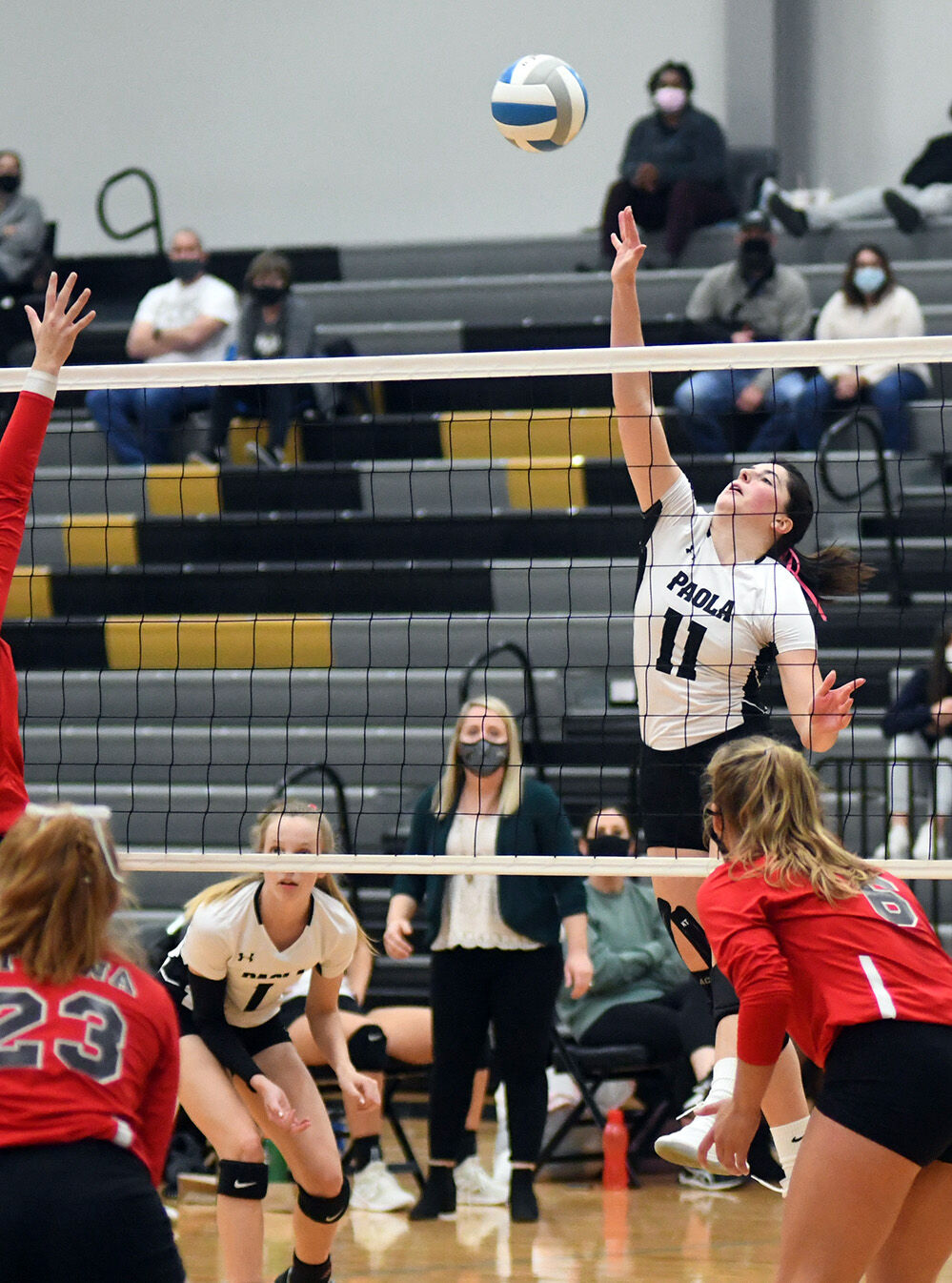 Abby Richmond, a Lady Panther senior, leaps over the net for a spike.

Paola senior Morgan Clark follows through on a spike against Ottawa.

Rylan Armbruster, a Paola senior, bumps a ball during a volley.

Abby Richmond, a Lady Panther senior, leaps over the net for a spike.

PAOLA — The Lady Panthers got an early taste of substate, facing Ottawa on their home court in the regular season finale.

The action could not have been closer as Paola and Ottawa split the first four sets at Paola High School on Tuesday, Oct. 20.

Paola held a 24-21 lead in the first set but could not withstand a late Ottawa rally in a 24-26 loss. The Lady Panthers rebounded to win the second set 25-22. Paola went up two sets to one with a 25-23 win in the third set. The Lady Panthers fell to Ottawa by a score of 17-26 in the fourth set, sending the match to a shorter, 15-point fifth set.

Seniors playing in their final match at home were Morgan Clark, Abby Richmond and Rylan Armbruster.

The Paola Lady Panthers squared off with Ottawa again Saturday, Oct. 24, in the opening round of the Class 4A substate tournament in Iola.

Clark had a huge dig near the front row to keep a volley alive in the third set, and White took the point for the Lady Panthers with a kill at 3-3.

Clark, a front row hitter, played on the back row. She also served for the Lady Panthers. Kuehl had a block and a kill to tie the set at 6-6. Richmond had a kill at 8-9 and a tip at the net at 9-11.