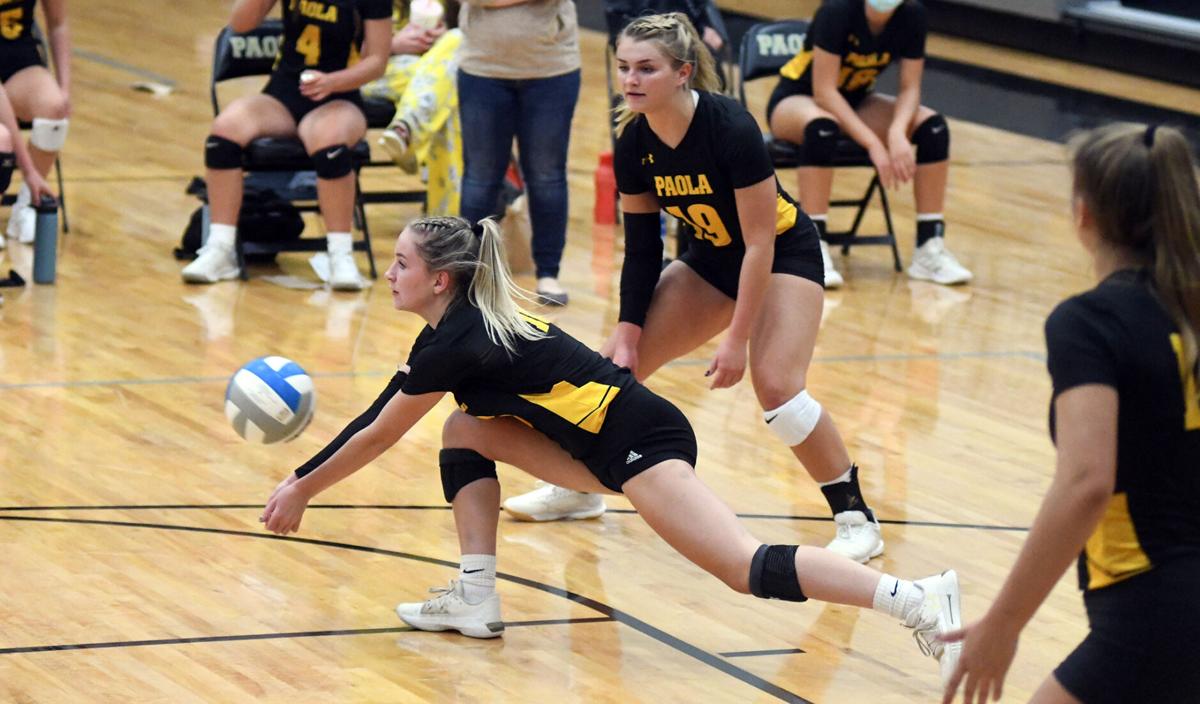 Paola defensive specialist Sydney Gant digs the ball off the court during a volley against Tonganoxie at home Tuesday, Sept. 8. 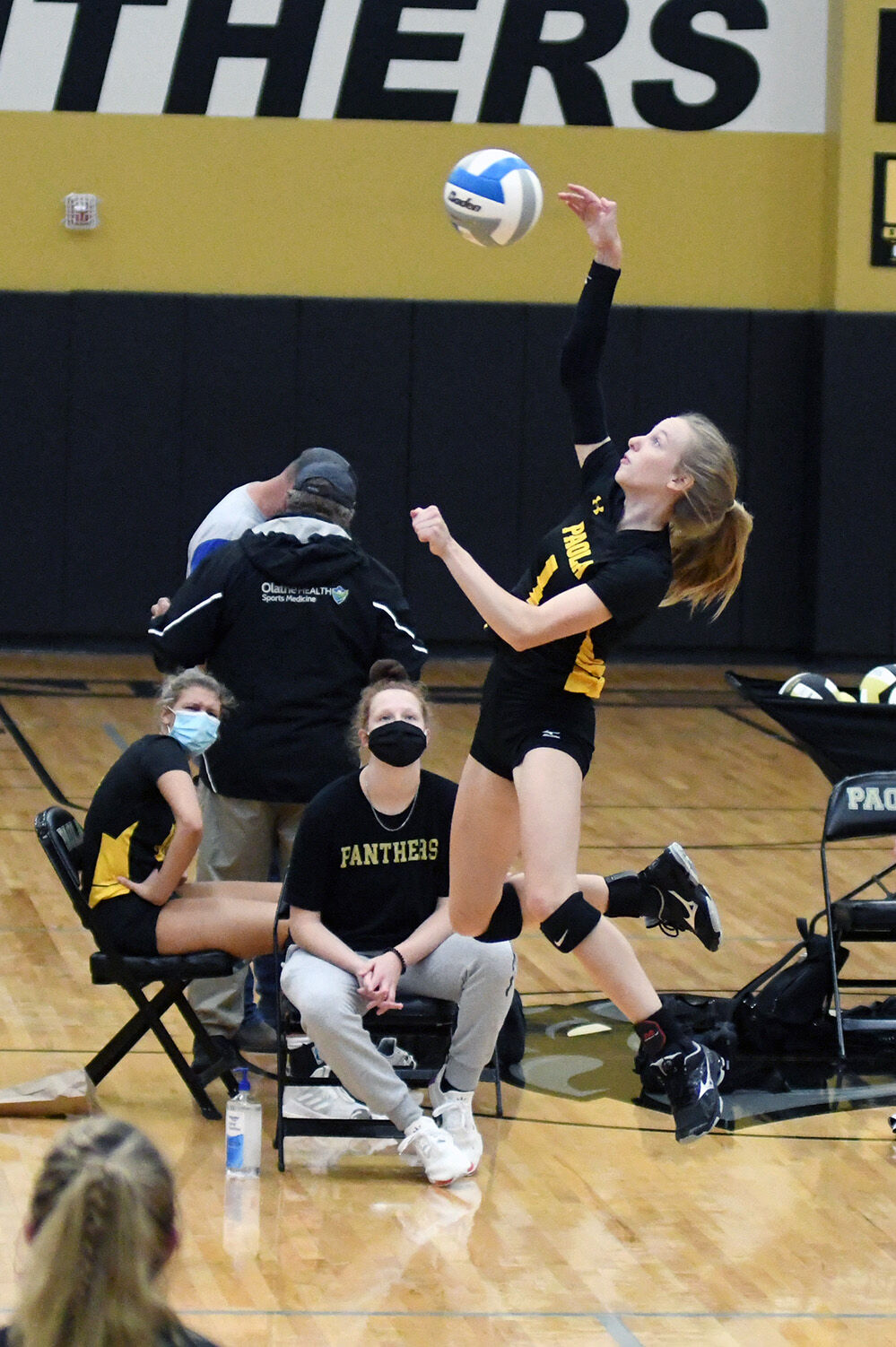 Lady Panther Mikayla White takes flight on a spike during a home match against Tonganoxie.

Paola defensive specialist Sydney Gant digs the ball off the court during a volley against Tonganoxie at home Tuesday, Sept. 8.

Lady Panther Mikayla White takes flight on a spike during a home match against Tonganoxie.

The only test Paola got in the match came in the opening set when Tonganoxie fought back from an 8-1 deficit to tie the set at 16-16. Paola bounced back to win the set 25-22.

Paola could not be stopped after that, jumping out to an 8-2 lead in the second set before taking it 25-9.

Paola let an 8-1 lead slip away in the first set. Tonganoxie tied the set at 16-16, and it was a battle the rest of the way. Maggie Kauk had a kill to tie the set at 17-17. Rylan Armbruster knotted things up again with a kill on a set from Maddie Pitzer at 18-18.

Mikayla White served Paola out to a 3-0 lead to open the second set.

Gracie Richmond fired in an ace at 12-4. Armbruster followed with a kill at 13-4.

Paola won a long volley with a kill by White on a set from Pitzer at 14-4. White had a kill down the line off blockers at 16-5.

There were several long volleys during the match with key digs from Sydney Gant, a defensive specialist.

Abby Richmond had a kill off blockers for the point at 21-7. Kauk ended the match with a block at 25-9.

Morgan Clark broke a tie in the third set with a tip at the net to make it 3-2. Paola lost a long volley at 4-4. Kauk broke the tie with a kill.