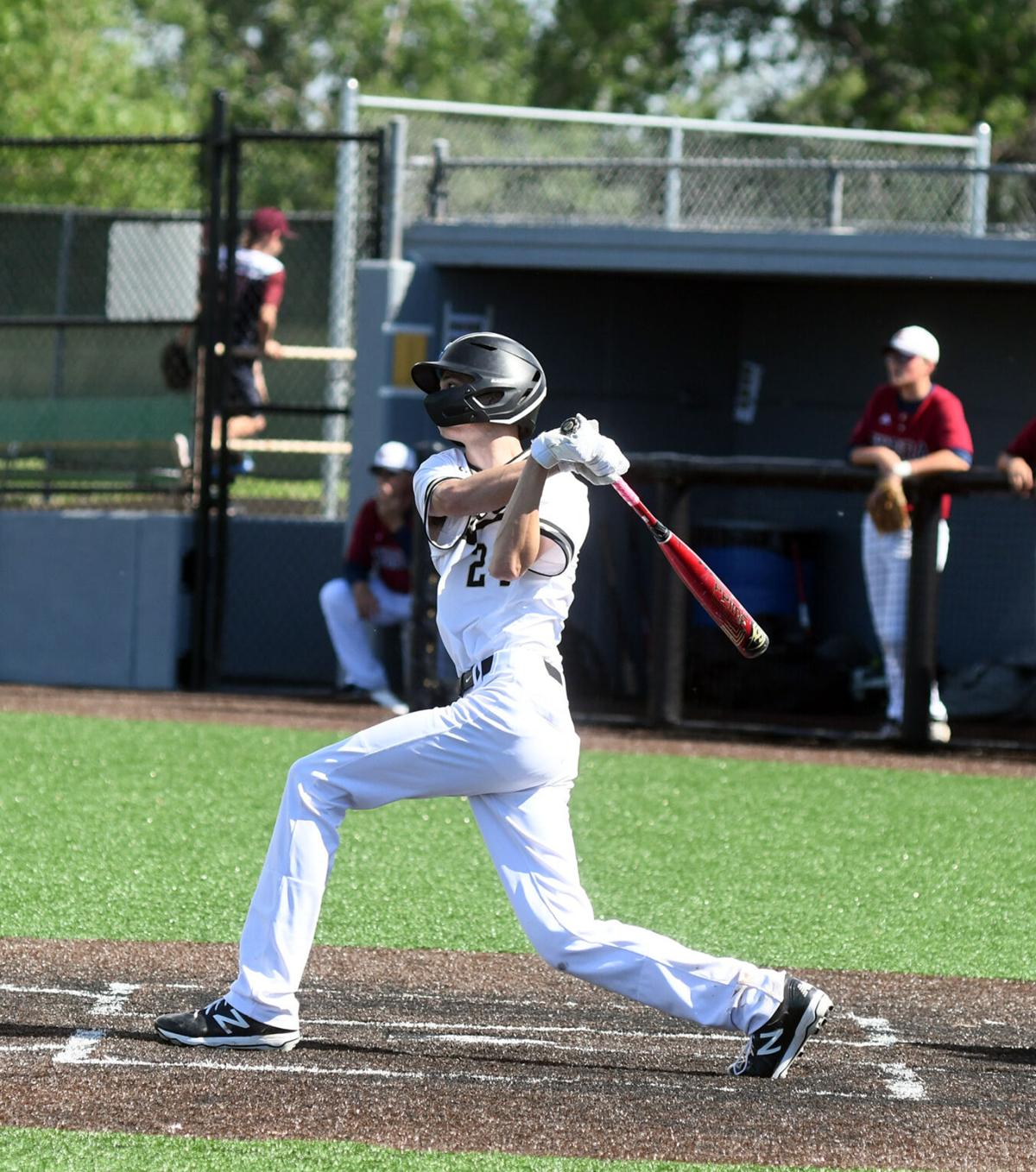 Caden Marcum turns on a pitch for the Paola Panthers. Marcum hit .400 for Paola with 29 runs scored. 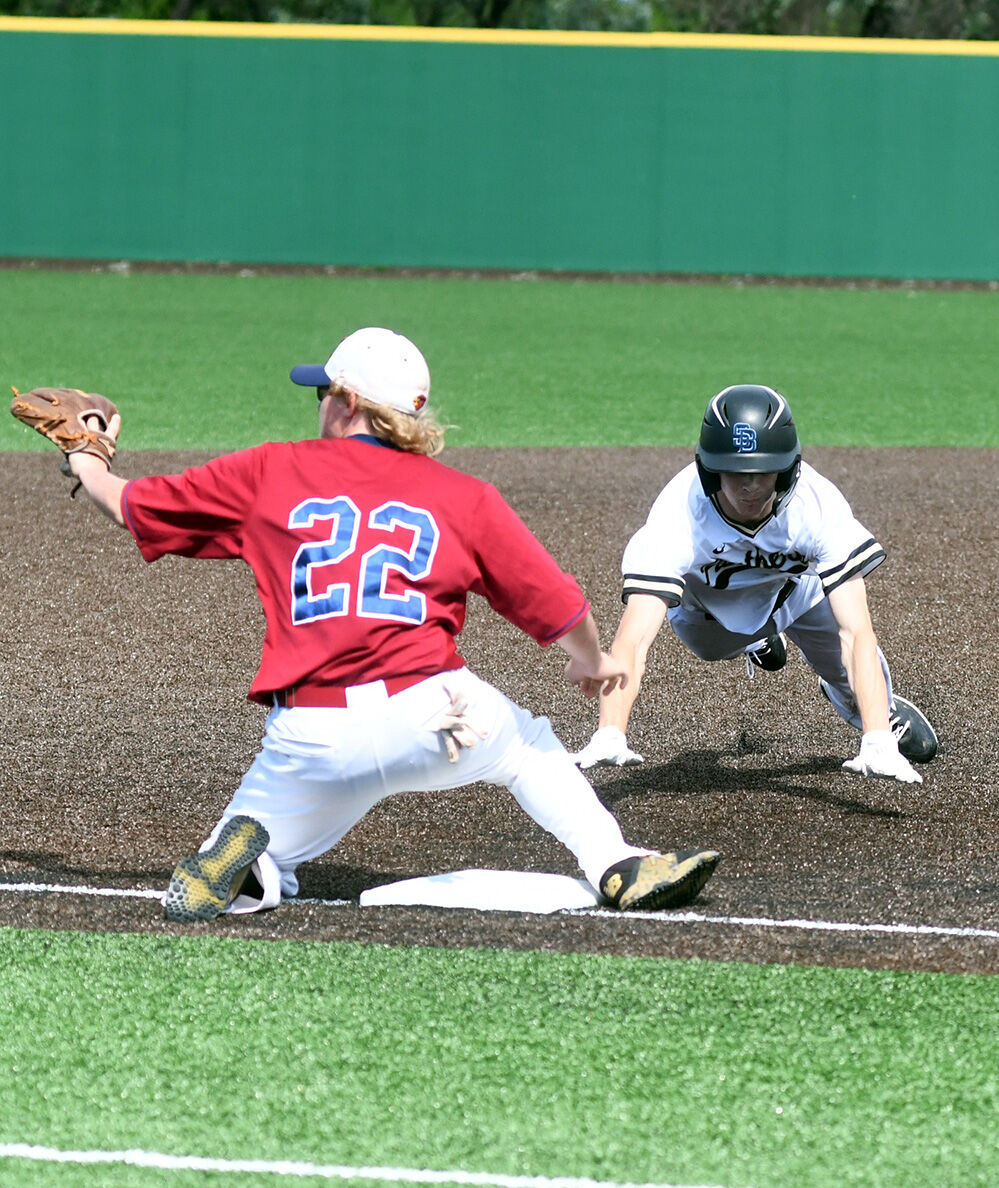 Caden Marcum of Paola dives head first on a slide into third base.

Caden Marcum turns on a pitch for the Paola Panthers. Marcum hit .400 for Paola with 29 runs scored.

Caden Marcum of Paola dives head first on a slide into third base.

PAOLA — Caden Marcum was one of the most dangerous players to face in a high school baseball game in Kansas.

Why? There are many answers to that question. Marcum, a Paola junior, is a contact hitter with the ability to drive the ball to all parts of the field at the plate and a hard thrower on the mound with a nasty curve and great control of the zone.

His most valuable asset was his approach to the game. Marcum never took a pitch off. He was always ready for a chance to break a game open, make a diving catch or put up another strikeout to put out a fire.

Marcum was named the Tri-County Spotlight Baseball Player of the Year.

Marcum had a .400 batting average with nine doubles and three triples. He drove in 24 runs and scored 29 runs.

Marcum said it was an honor to be named the player of the year, but it is one he shares with the entire program.

“I think it says more about the team than me as a player, when you are surrounded by guys who are competitive and want to win, you just want to do your part to win,” Marcum said.

He is a two-time Spotlight player of the year, winning the honor as a freshman.

“It means a lot to me to get recognized for a second time,” he said, “It is an honor anytime someone recognizes your hard work. I hope it helps put Paola baseball in a group of teams you know you need to watch out for when they see us on their schedule. Everyone on the team worked really hard in their own ways, everyone knew they had a job to do and what work they needed to get done to do their part.”

Marcum was a first-team Spotlight selection at outfield and pitcher.

“He was first-team all-state at pitcher and outfield,” Paola coach Tony Brummer said. “When you combine the two, you can see why he was player of the year in Class 4A.”

Marcum’s athletic talent is only half the story, Brummer said. He lives for the big moment and loves to turn a game around with one pitch or one swing of the bat.

“The fight and competitiveness that he showed in the semifinal at state was incredible,” Brummer said. “The day before he rolled his ankle badly when he crossed home plate.

“He was able to go five innings the next day on a horribly swollen ankle,” Brummer said. “It looked like a grapefruit in his sock. His leadership is in his grit and no-quit attitude.”

Paola came out each day with the next-man-up attitude, Marcum said. With everyone reaching for the same goal picking each other up, the wins and losses took care of themselves.

“I think having a tight group that has fun really helps, when you have everyone pulling in one direction and having one goal, it makes things easier,” Marcum said. “We had some team building activities that helped us along that coach Brummer put together. We tried having breakfast once a week. Small things make a big difference when you can count on the guy next to you.

Being so tight, we were able to put mistakes behind us quicker because we knew we had someone who was going to do a job and help us move on to get a win. I think coach Brummer, coach Kane and coach Roth really allowed us to just play the game and let us be us. I appreciate them and all they do for Paola baseball. It is never an easy job, and they really let us play. I just want to thank them for all they do and the time they put in, we couldn’t do it without them.”