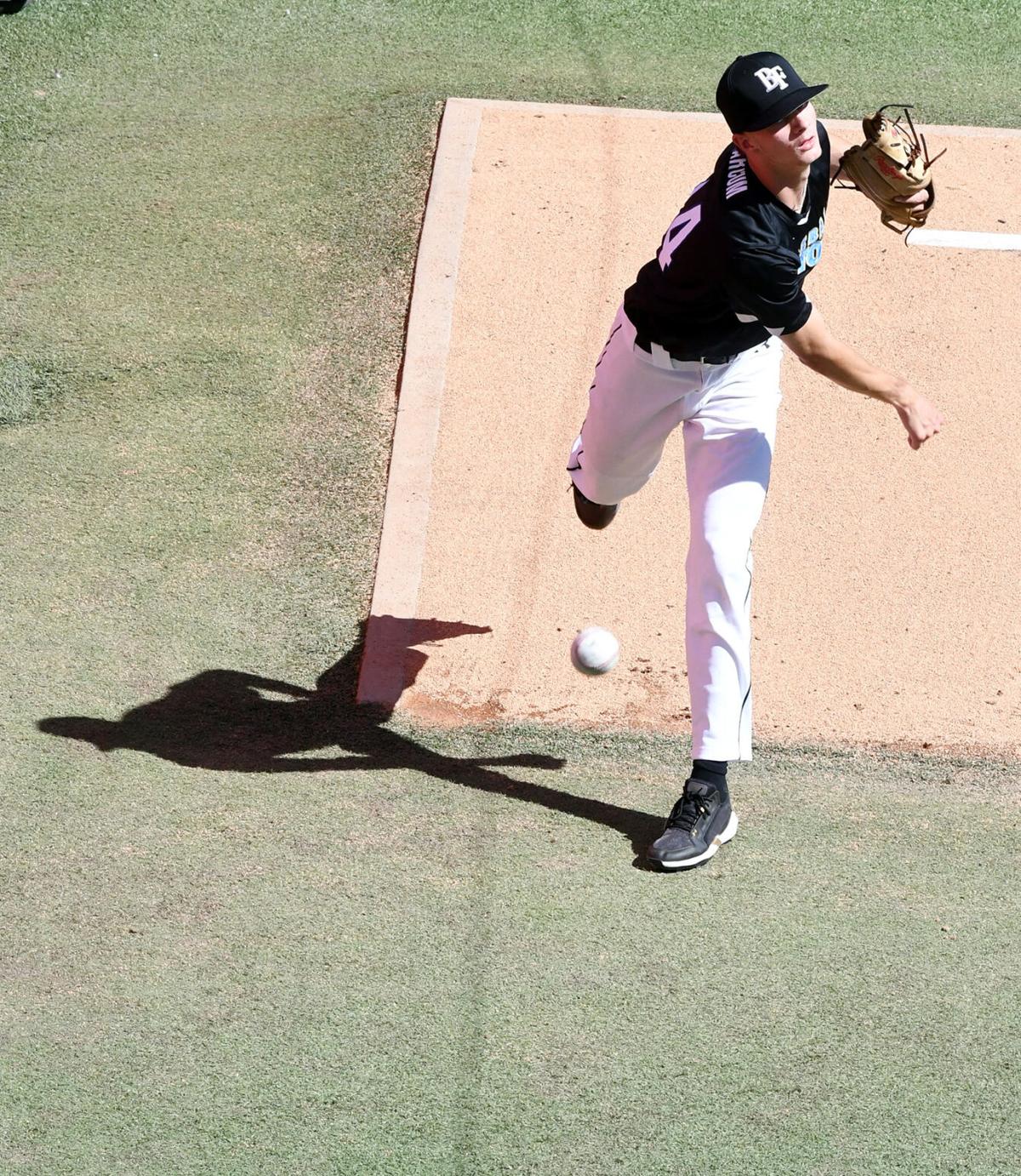 Caden Marcum of Paola warms up in the bullpen at Kauffman Stadium prior to pitching an inning in the Baseball Factory All-America Game on Saturday, Sept. 25. 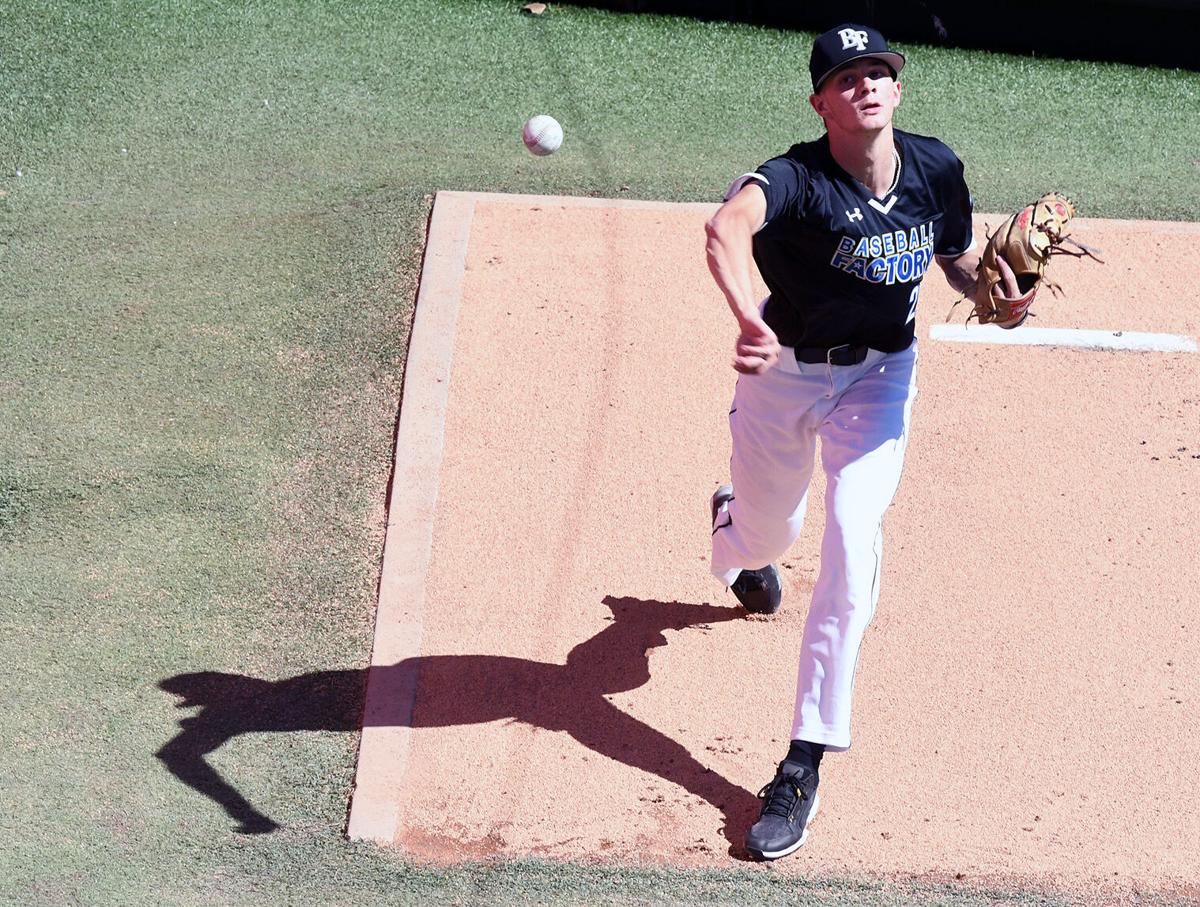 Caden Marcum, a Paola senior, was one of two players from Kansas selected for the Baseball Factory All-America Game featuring 40 of the top high school baseball players in the United States and Canada.

Caden Marcum of Paola warms up in the bullpen at Kauffman Stadium prior to pitching an inning in the Baseball Factory All-America Game on Saturday, Sept. 25.

Caden Marcum, a Paola senior, was one of two players from Kansas selected for the Baseball Factory All-America Game featuring 40 of the top high school baseball players in the United States and Canada.

KANSAS CITY, Mo. — Paola senior Caden Marcum got to pitch not just in a Major League Baseball stadium, but the one he has grown up watching his Kansas City Royals play.

Marcum was one of 40 high school players from across the United States and Canada selected for the Baseball Factory All-America Game held at Kauffman Stadium on Saturday, Sept. 25.

He was one of just two players from Kansas in the game. Marcum pitched one inning for the Americans in the American versus the National all-star game.

“It was a great experience,” Marcum said. “Whenever you get to compete with and against guys you see and hear about throughout the summer, it is fun.”

Marcum was on the same mound the Kansas City Royals celebrated a 2014 Wild Card victory and 2015 World Series victory on, pitching at Kauffman Stadium.

“I was really excited when I got the call, then to hear it was at Kauffman Stadium made it better,” Marcum said. “It was pretty special to finally get to pitch there. Everyone dreams of playing in a Major League Baseball stadium, but to get to do it at home was really special to me.

“To be on the same field I got to watch the Royals win a World Series on was awesome,” he said. “To be able to take the same field that some of the greatest players to play the game played on, was just a great feeling.”

The Baseball Factory all-stars got the VIP treatment throughout the weekend with a dinner Friday evening with family and members of the Kansas City Royals front office, including President Dayton Moore.

“Mr. Moore had a lot of great advice for us that I will be able to carry with me going forward,” Marcum said. “It was nice to get to meet him. He’s been such a big part of the Royals history now.

“We got to tour the Negro Leagues Museum and to just learn more about the history of baseball and how big of a part Kansas City played in that era of baseball,” he said.

Marcum got to follow in his Uncle Shaun Marcum’s footsteps by pitching at Kauffman Stadium. Shaun Marcum pitched in the Major Leagues for the Toronto Blue Jays, the Milwaukee Brewers, the New York Mets and the Cleveland Indians.

Marcum was the Tri-County Spotlight Baseball Offensive Player of the Year his freshman and junior seasons with the Paola Panthers. Paola did not play his sophomore season due to COVID-19.

Marcum helped lead the Panthers to third place in the Class 4A state tournament last season.